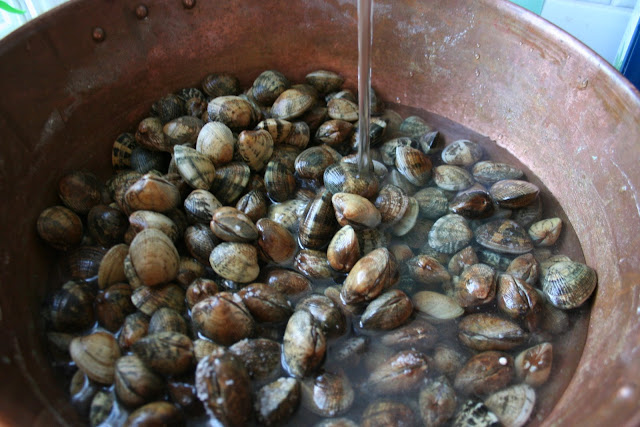 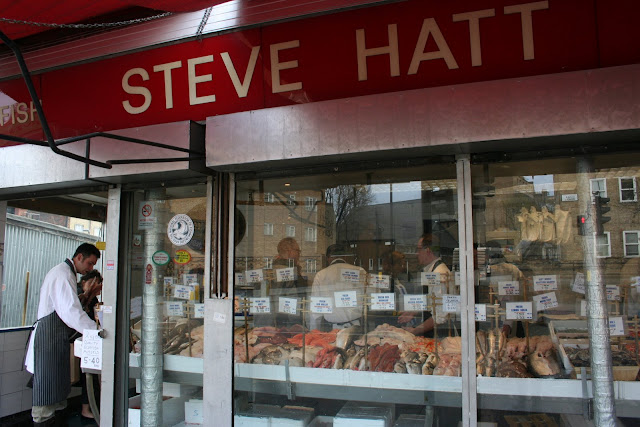 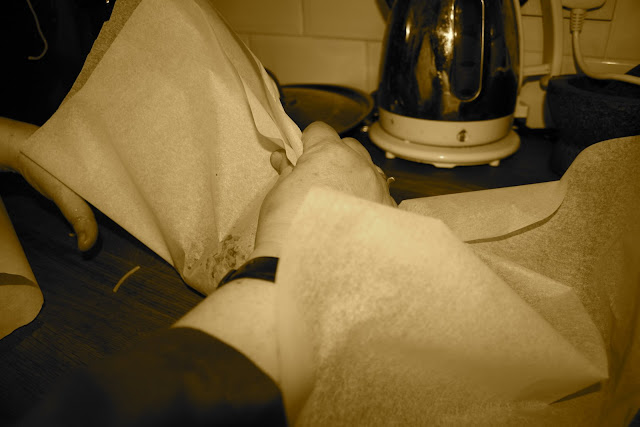 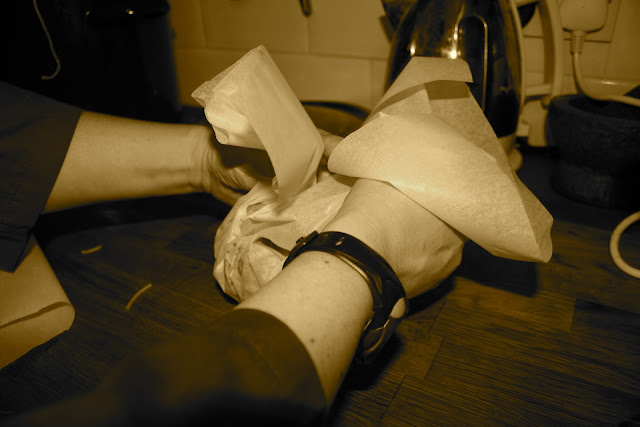 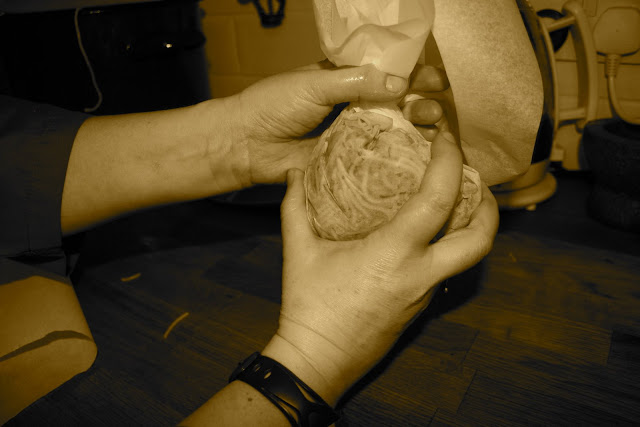 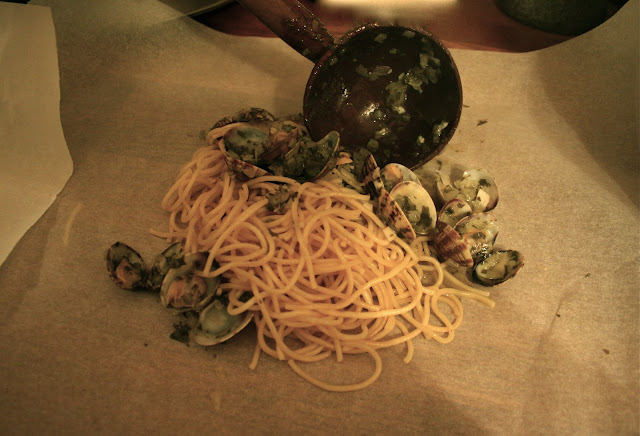 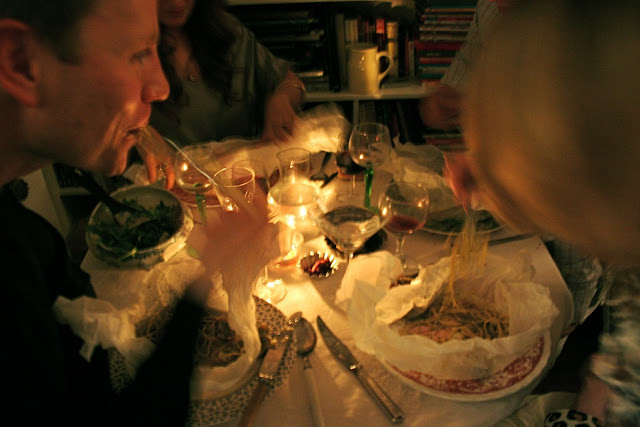 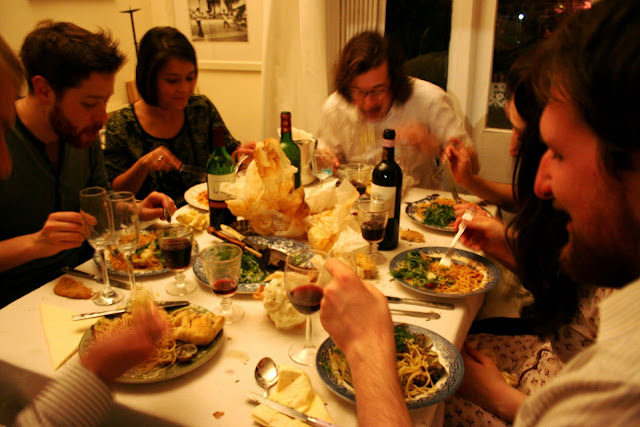 I love this picture. They look like an Italian family. 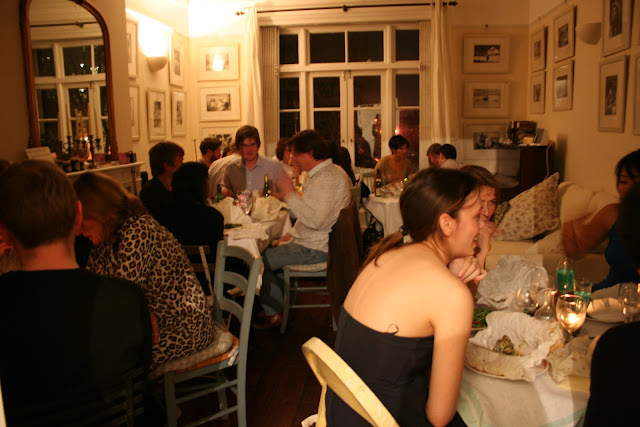 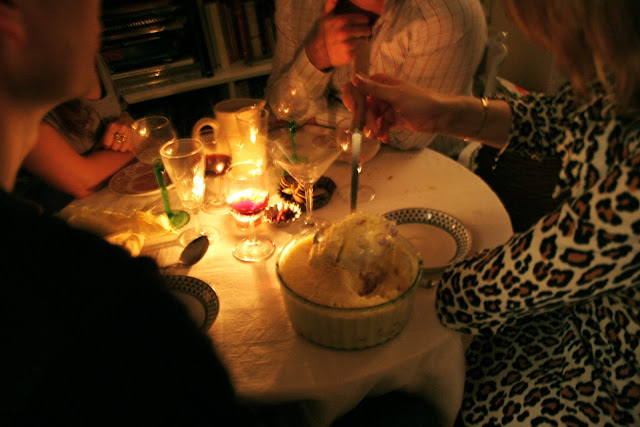 Do love a bit of leopard skin!
Once I had decided the menu the big problem was how to do the spaghetti al cartoccio? For 22 people on an Aga? which, by the time the main course has to go out, is losing its heat. Initially I planned to serve it ‘family style’, where you have a big dish in the middle of each table. But I couldn’t obtain wide greaseproof paper. There were a few experiments with trying to glue bits of greaseproof paper together with flour and water, but they wouldn’t make a seal. I settled on 22 individual packets, which worked very well.
Take good pasta such as Barilla Spaghettoni which cooks for 11 minutes. Cook it in salted water for 8 minutes. In another pan you melt your shallots, parsley, garlic, olive oil and white wine, then add the vongole. Quite rapidly they should open. Discard any shells that do not open or which are broken.
Then take a handful of pasta, place it in the middle of your section of cut greaseproof paper (about half a metre), add a ladle of the vongole sauce (or whatever sauce you are using) then fold up the sides. Holding it together in the middle, you then bring the ends up, twist them together an put the package in the oven for 5 minutes.
I thought it tasted wonderful. Anything ‘en papillote’ really absorbs the flavours.
It was spectacular brought to the tables, each guest unwrapping their package like a big sweetie, steam escaping as they did it. A real pleasure to watch people tucking in.
Menu
Cocktail of lemon vodka, elderberry syrup, cava and blue curacao caviar
Olives marinated in garlic and lemon
Portabella mushroom with mushroom pesto and goats cheese
Green olive focaccia
Spaghetti al cartoccio (with vongole or red pepper sauce)
Rocket and watercress salad with parmesan shavings and pine nuts, dijon mustard dressing.
White trifle with Malibu soaked sponge, amaretti biscuits, mascarpone, raspberries, meringues, topped with white chocolate.
Coffee
The only real hiccup was the fact that there were apparently three vegans coming. But two of the vegans weren’t vegans, they had given up meat and fish for Lent. One guy didn’t like cheese. A woman didn’t like dairy or wheat. I asked my slightly nervous front of house to ask everyone who came in who is the vegan? But nobody fessed up.
Then some other people started to say they didn’t eat vongole. But when I went around to give seconds, I noticed they had shells on their plates. So they did eat vongole in fact. Confused? Me too.
Then a rather drunk man weaved his way into the kitchen and said:

“My girlfriend is vegan and you aren’t giving her vegan food. I don’t care myself. I eat anything.”

“Is she a real vegan?” I ask, slightly accusingly, only realising once it came out of my mouth that this was a strange question

“One that doesn’t say I want vegetarian and then when I go around with seconds says I’ll have some of that vongole?” I tried to explain wearily. “Didn’t the front of house ask you all if you were vegan?”

“Why didn’t you speak up then?”

“We were being English.”

I went out to apologize to the vegan girl.

“I’ve done a special vegan menu for you. I always cater to vegans, but obviously I don’t know what you look like when you book online so…”

It was frustrating because I had separate mushrooms for the vegans with no goats cheese, a special dessert, everything…

I would say most of my menus are vegan but on occasion I make something with fish.
I really must get more organised. Some people send me emails specifying and then I forget their names on the evening. All I knew is I had 3 non-fish eaters stroke vegans. But couldn’t remember what party they were with. I’m not front of house so if you are vegan please speak up when you arrive. If you’ve told me beforehand I will have made an option for you. 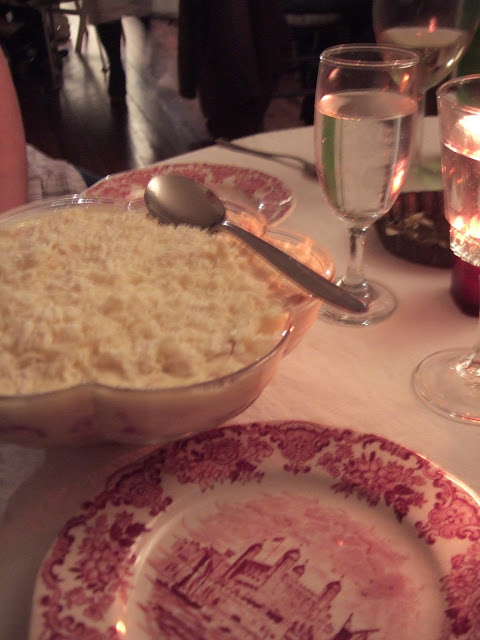