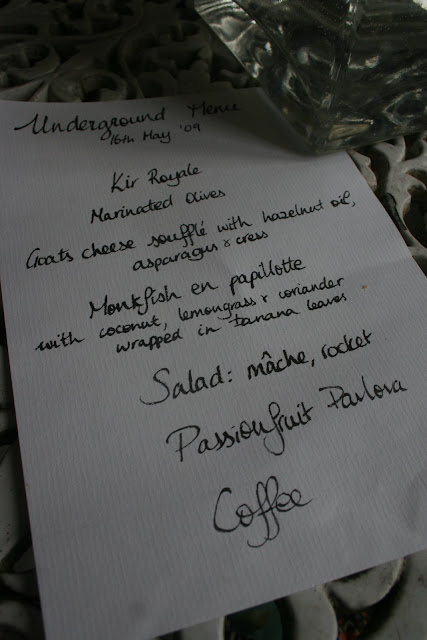 The menu written in my teen’s beautiful French script 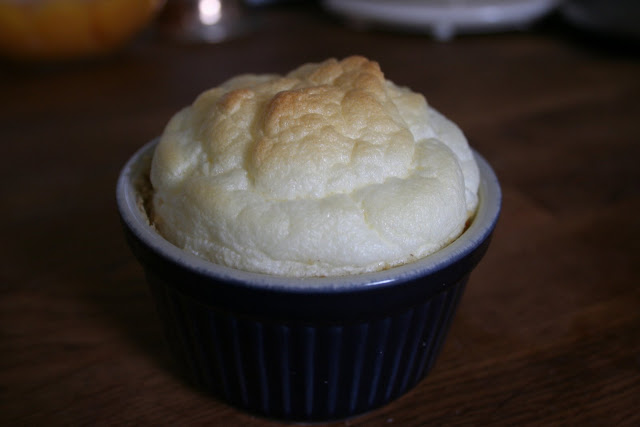 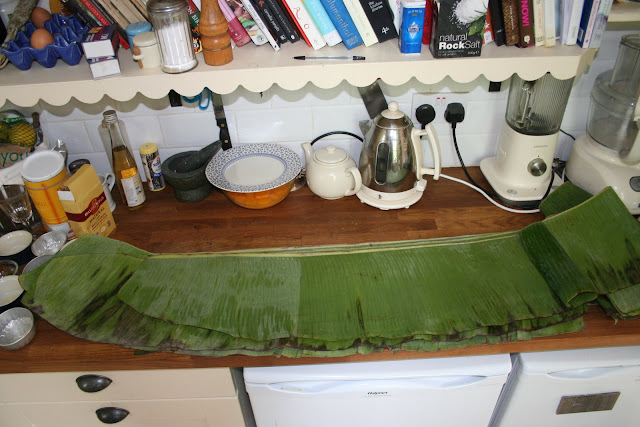 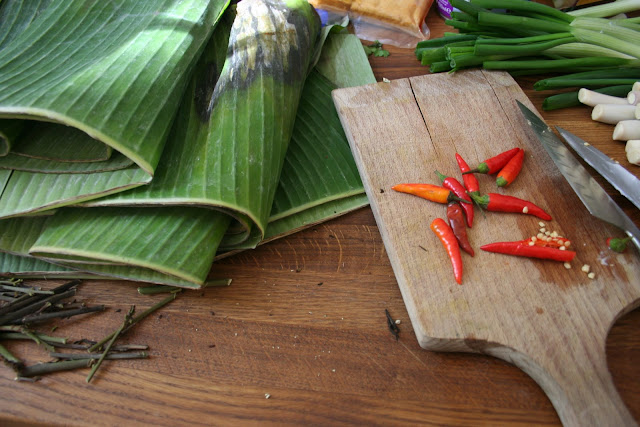 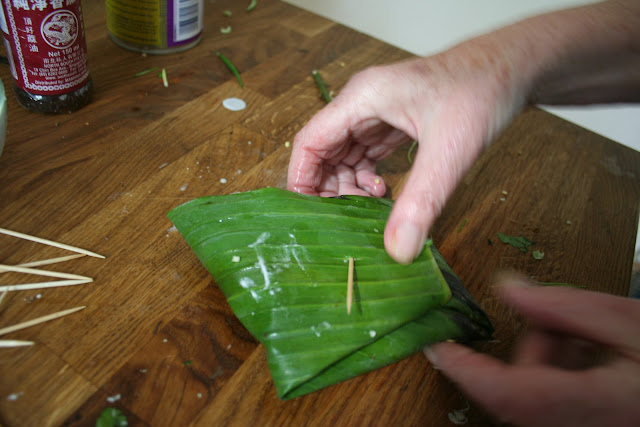 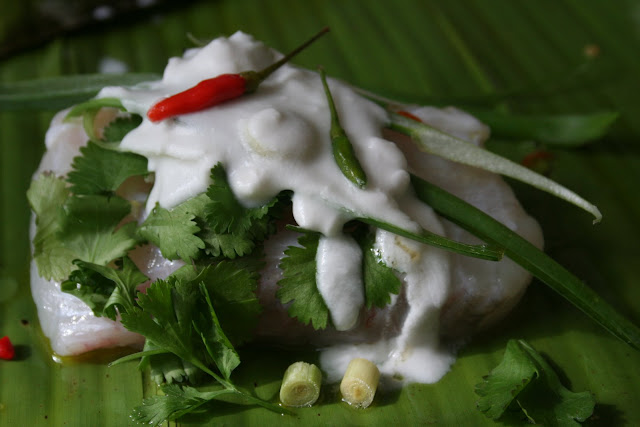 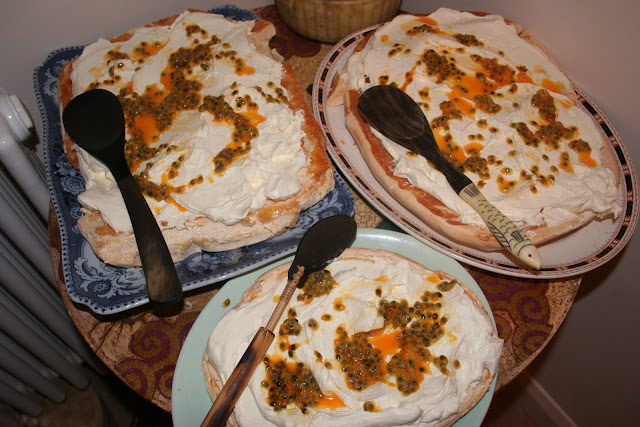 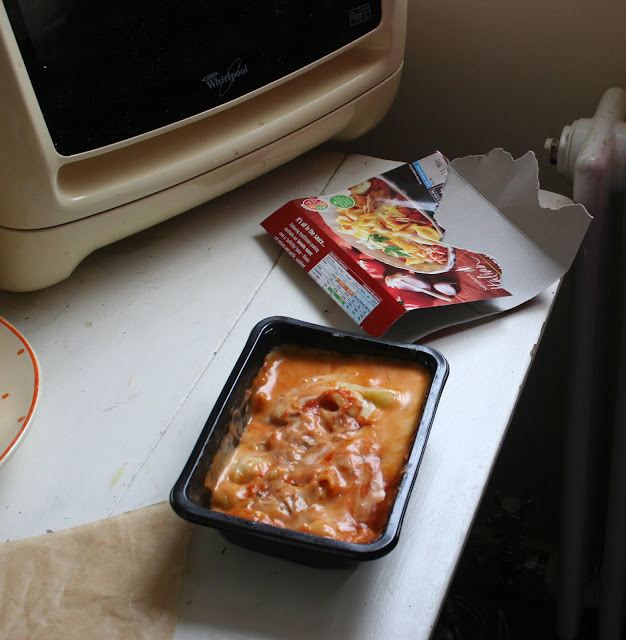 My teen’s lunch yesterday. There is a saying ‘a cobbler’s child is always the worst shod’.
Marilyn, a former guest, came to do front of house. By day she is a registrar in the Windsor area. Her registry office has married Charles and Camilla, Elton John. Coincidentally one of my guests tonight, Dan at Bibendum wines, is marrying his fiancée in her registry office in June.
I was pleased with the food but took a huge risk making goats cheese soufflés. Not only have I never made them before, but I’ve actually never even eaten one. I followed Raymond Blanc’s recipe from his book ‘Recipes from Le Manoir aux quat’saisons’. In my practice session, they puffed up beautifully but I found them hard to extract from the ramekins for twice baking. I decided to only bake them once. But the mixture must have collapsed by the time I got them in the oven a couple of hours later, and they did not rise as much as I hoped. Still tasted good though.
I also had lots of problems baking the new potatoes in the Aga. Smallish potatoes normally take about 40 minutes in the roasting oven. These took an hour and a half! Fortunately I had already done some rice to go with the banana-wrapped monkfish.
I enjoy that my guests dress up, sometimes in vintage outfits, often in towering heels, for the dinners. Nice to be surrounded by glamour.
Please do be aware that menus are fixed. I cannot do last minute orders. If you are strictly veggie or vegan, or are coeliac or dairy intolerant, I will try to accommodate you but only if you let me know well in advance. I’m not cooking in a professional kitchen, I only have an Aga. Getting 29 covers out simultaneously is enough work.
I’m also becoming increasingly irked, perhaps unreasonably, by the amount of people who claim to be allergic or intolerant to this and that. I get tired of hearing (invariably skinny) women going on that wheat makes them feel “bloated”. That unfamiliar feeling is probably explained by having a full stomach, in other words, a proper meal. I do have a friend, Irish, who is a proper coeliac, a condition that is common amongst the Irish. But I do wonder if some of this food ‘sensitivity’ is simply nouveau anorexia! My favourite guests eat all their dinner and ask for seconds, which, if I can oblige, I will.

I had one guy write to me “I’m a vegetarian, but I also do not eat garlic, onion, mushrooms, eggs”.

I replied, rather cheekily: “Surprised you don’t also have a nut allergy!” adding “…personally I believe in the healing power of garlic”.

Perhaps he was from one of the Indian religions that restrict these foods such as Hare Krisha/Ayuverdic/Jain or Buddhist. Many old world religions are suspicious of new world ingredients. Found these explanations on a food forum:
“the reason in ayurveda that onions and garlic are to be avoided is because they can agitate or excite the body and make it difficult for meditation.
Yet, they are not completely restricted because it is understood that garlic and onions have extreme health benefits. So, the restriction is actually quite simple. When one is going to partake in a time of meditation, they should forgo these foods before the meditation, and can consume them after the meditation. then, they can fast from these foods until the next meditation. “
“Onions and garlic are considered ‘tamasic’ in Ayurveda – in the mode of Tamas, which is ignorance and darkness. This is particularly true of Vaishnava Hindus, who revere the avatars of Vishnu, Rama and Krishna. Tamasic foods are bad for yoga and meditation. “
Buddhist monks avoid five foods including Garlic, Onions, Chives, Leeks and the scallions, green onions, spring onions, shallots…
Some religions also restrict eating things which grow underground for, if you eat the root, you kill the plant.