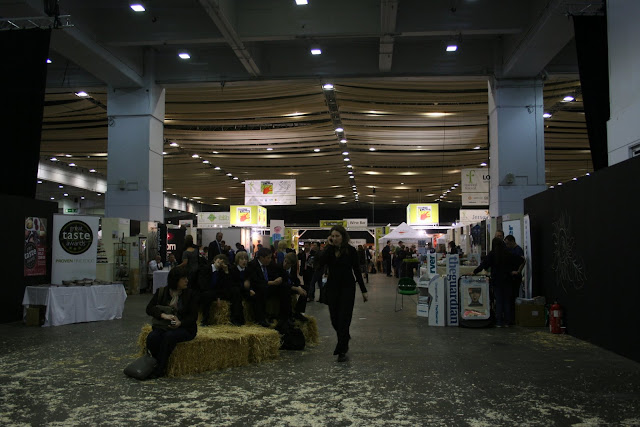 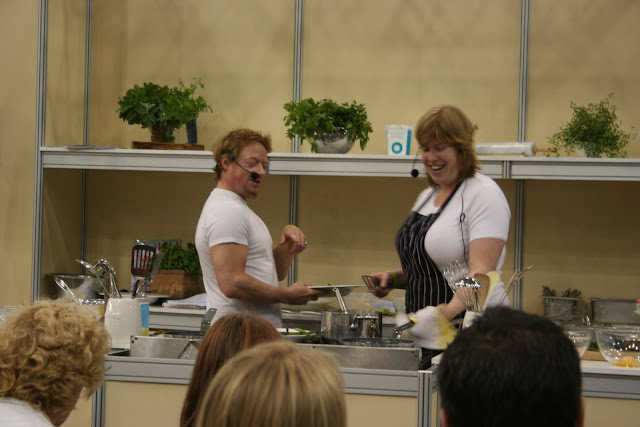 Allegra and her side-kick Fred 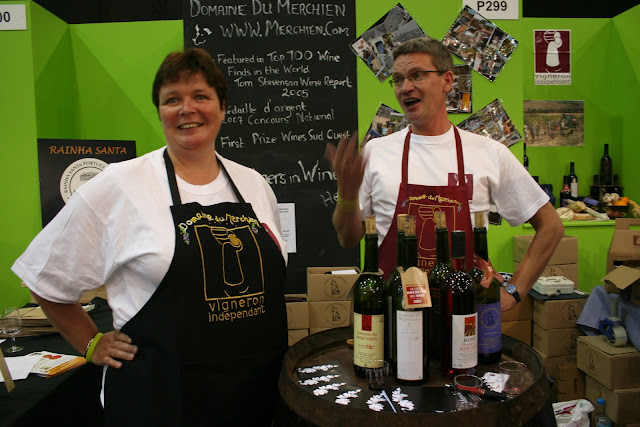 English owners of a French vineyard 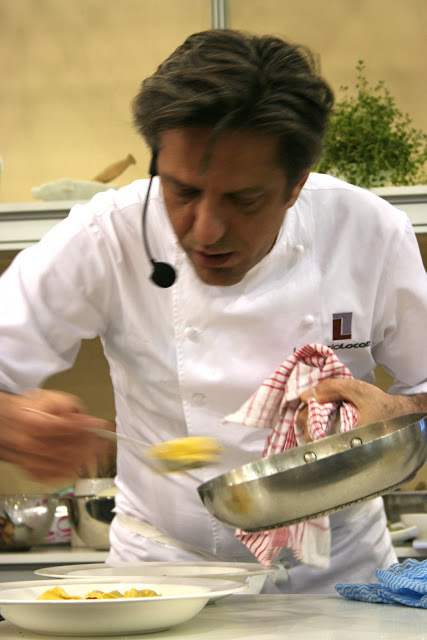 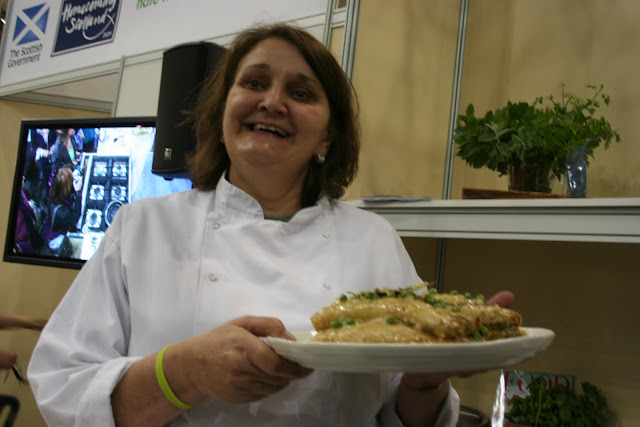 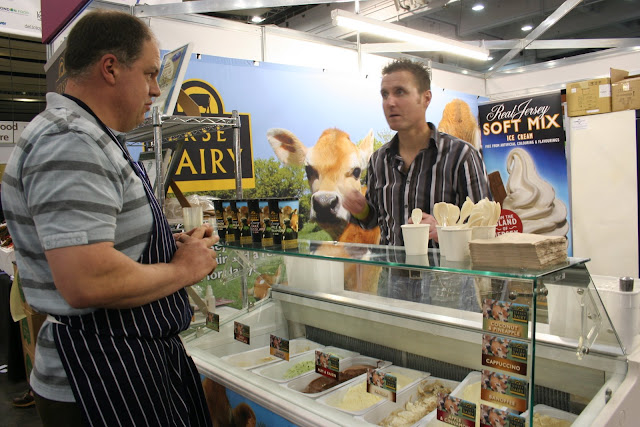 The Jersey ice cream was delicious
The trouble with all of these festivals is that they all have the same old stalls as Borough market, the Slow food market behind the BFI, all the food festivals. The Real Food Festival had some great suppliers and interesting demonstrations by celebrity chefs. But the space, Earls Court exhibition centre, was rather industrial and large scale for a ‘real food’ project. And the wine bar prices were exhorbitant, almost £9 for one glass of red served in a plastic glass. ‘Elf n safety’ I suppose. Christ, do they think all the middle-aged housewives that hang about at these things are going to start a ruck and glass each other?
Petra Chocstar is setting up an alternative food market in Brixton, in collaboration with Franco Manca’s pizza. The Underground Restaurant will be taking part. This food festival will try to blend food with the off-beat ‘anything goes’ allure of rock festivals such as Glastonbury.
“Give me book, fruit, French wine, and fine weather and a little music out of doors played by someone I do not know.” Keats
Back to The Real Food Festival: Giorgio Locatelli (definitely shaggable) was making ricotta tortelloni. He broke the rules, he allowed the audience to taste the dish. Just on that one mouthful of buttery silk smooth tortelloni, I want to eat at his restaurant.
Allegra McEvedy, who was very funny in her double act with Fred, her muscle-bound side-kick, was not allowed, under Health & Safety grounds to give tastings of her trout burritos. I don’t think they were called that, more likely something like ‘crepes au four farcis de truite de la riviere’. I was impressed by McEvedy’s dry humour and off-hand approach.She underplayed the whole ‘I am a star chef, a true artiste’ trip, constantly asking Fred how to cook the dish. But all the while, you could see, with her casual flipping of the pancakes, that she knew exactly what she was doing.
I was offered a taste of red wine by one stall. It was a heavy red, just as I like.

“This is the perfect wine for when you have your period” I announced.

“yes it’s a wine for sitting on the sofa with a bar of chocolate and a glossy mag”.

(Women would market wines totally differently!)
This British couple, Sarah and David Meakin, have spent the last 15 years in France making wine. This was Sarah’s first trip to England in years. Having lived myself in France for seven years, we chatted about how when you first come back, every time you open your mouth, French comes out. People think you are really pretentious. The Meakins are living the dream, but the reality, as with most things, is hard work, no holidays and fending off local suspicion. I spoke about a friend who has lived in the south of France for 20 years but still feels like a newcomer. If you don’t have grandparents in the local cemetery, you are an interloper. Sarah Meakin, coming from a small village in England, coped well in her small village in France, because she understood this countryside attitude. Her husband, from a big city, found it harder.

Their award-winning wines, Domaine du Merchien, are biodynamic in that they are planted by the moon phases. But they have not paid for the subscription to the biodynamic association so they cannot use that label.
I also met the young woman who runs ‘paté moi’ makers of wild mushroom paté. It’s delicious stuff, based on a recipe that her brother created when he was eight years old.

“It’s changed my life, selling this stuff” she said “the first weekend I sold out.”

I’ve been wanting to make products, such as salsas and guacamoles, any decent version unavailable in shops, for many years. This was inspiring…