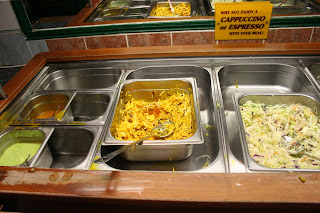 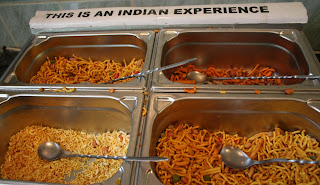 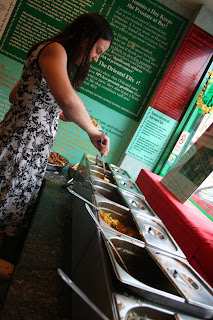 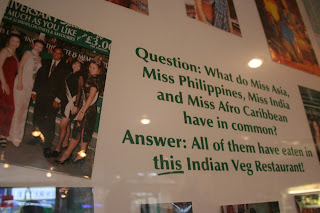 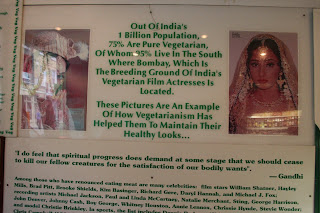 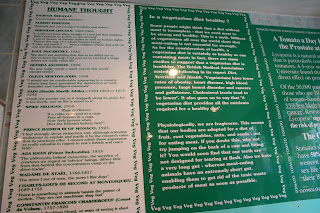 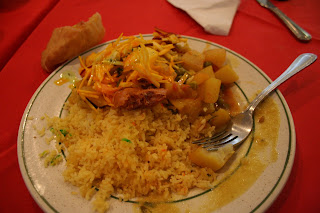 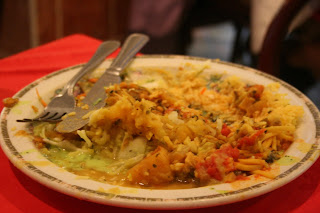 A Northern mess. It does actually ressemble a plate of sick. 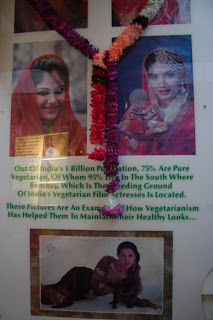 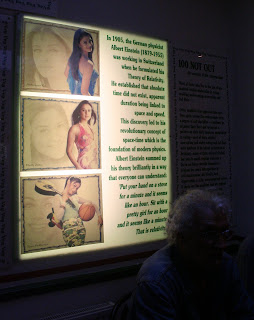 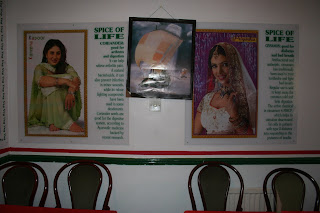 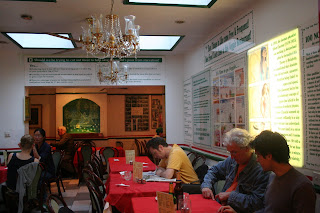 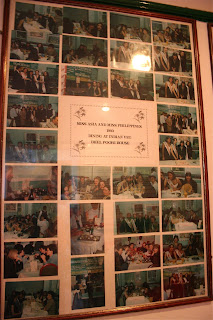 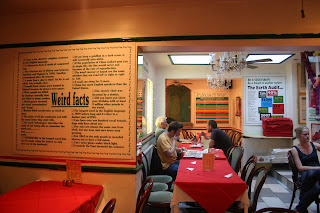 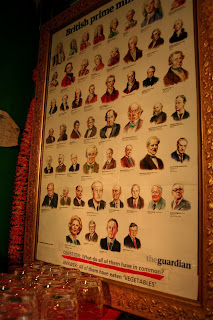 Guardian British Prime Ministers poster. At the bottom ‘What do they have in common? They all eat vegetables’.
It’s impossible to be bored at ‘Indian Veg’. For a measly £3.95, it’s a ‘as much as you can eat’ buffet restaurant. Actually regulars are a bit miffed at the price rise. It used to be £2.99, going down from the previous £3.50, a special deal for their ‘Jubilee’ (or was it the Queen’s Jubilee? can’t remember) which lasted about five years.
My personal record is three plates. I used to go out with a guy, a Frenchman, who would eat up to five plates. In fact it was this particular relationship that started me on ‘Indian Veg’ outings. He was very poor, a squatter who lived in a swimming pool, and a ‘freegan’, meaning he ate vegan unless it was free. I’ve seen him eating chicken out of bins. So for him, taking me to ‘Indian Veg’ was a mega blowout ‘Get your coat, I’m treating you‘ date. He was also an animal rights activist and drummer. Because of him I joined the anti-capitalist samba group ‘Rhythms of Resistance’.
After every anti-war protest you can be sure to find ‘Indian Veg’ absolutely packed with earnest hippy types in colourful ethnic sweaters, placards resting next to their chairs; hard-core ‘class war’ punks, their black balaclavas politely removed, damply nestling on the table; and samba drummers tapping out tunes with their knives and forks discussing

“We cocked up that intro, it should go like this…dat,dat,dat… dat,dat”

“No, it should have been dat,dat….dat, dat, dat, dat” and so on. Sambistas can spend whole evenings chatting like this. It’s very boring for everyone else.

These disparate elements of the activist movement will be jostling for space along the the buffet bar, holding their hot plates, filling them with cheap and cheerful curry.
Plate filling is an art at ‘Indian Veg’. My friend the Mancunian MsCanalExplorer piles it all high on the same plate, will often mix it together, urgh and likes to make her poppadoms soggy. Sometimes I really don’t get people from the North. Why do they insist on making crispy things soggy? Like chips with curry sauce? Horrible.
I like to make a pretendy ‘starter’ with the salads, sauces and poppadums first, then have a ‘main course’ with the curries. I like my plates clean looking.
The food: well it’s not gourmet that’s for sure.
Starters: A selection of brightly coloured fried cheesy wotsit mixtures but with no cheese; some Bombay mix; some curried rice crispies.
Salads: a bright orange red and white cabbage mix (surprisingly nice); a white version of the same thing; raw onions.
Sauces: a kind of mango chutney liquid; a green yoghurty mint sauce. However they give you a teensy spoon to serve it with. It takes about half an hour of consecutive and diligent spooning to get a decent amount on your plate. If you take one of the bigger spoons you will get told off.
Rice: pilau rice, plain rice, whole rice.
Curries: a weird cabbage, broad beans, carrots and anything else they can sling in, mixture. It’s a vile mess. I never have that.
A peas and potatoes concoction. Not bad.
Sometimes they have mash. Indian mash. Have horrible feeling it is the day old version of the peas and potatoes concoction. Quite nice though.
Dahl: very runny. I mean, could they have less lentils in it?
This time they had an odd tinned spaghetti style bright red entrée. Didn’t have courage to try it.
Breads: fried puri. Nice when hot. Which is rare. Broken-up poppadums. (I assumed they were buying them broken, on the cheap, but MsCanalExplorer assured me that she had personally seen them take whole ones and break them. Why?) Some onion bhajis and another kind of bhaji. Always cold.
But you don’t really go here for the food. Well MsCanalExplorer does but then she’s a vegan. She goes so often she has her own table. It’s not exactly The Ivy but it’s nice to be acknowledged.
The reason you go is for the extensive array of notices exhorting you to become a vegetarian. These plastic signs with green lettering fill every bit of wall space. They change them quite frequently too. (Wonder what happens to the old ones?)
Many of the notices imply that if you eat at ‘Indian veg’ regularly you will morph into an Indian beauty queen. There is a wall of dog-eared photos proudly displaying that ‘Indian Veg’ was the location of the Miss World contestant ‘staff’ meal. I must admit, I did think, what cheapskates the Miss World organisers are! Probably thought the naive beauty queens flown in from every corner of the planet wouldn’t know any better…would think that this was the height of fashionable London dining!
The final irony is that the owners are Muslim, from Bangladesh, and eat meat.
Highly recommended.
Indian Veg Bhelpoori House, 92-93 Chapel Market London N1 9EX
Nearest tube: Angel