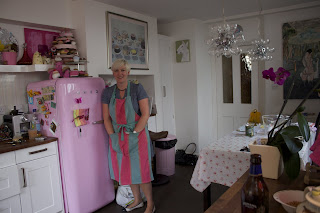 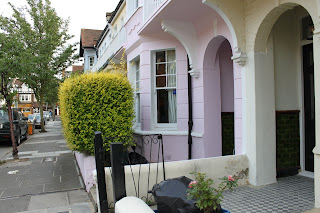 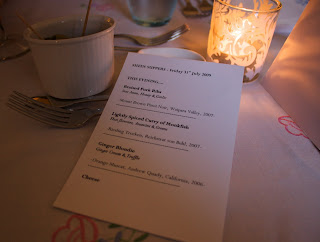 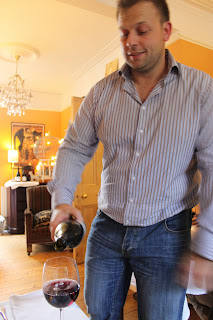 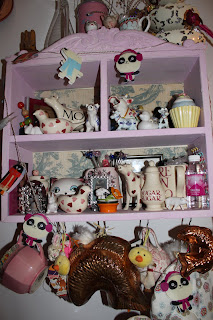 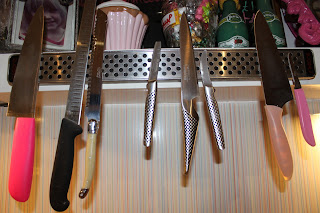 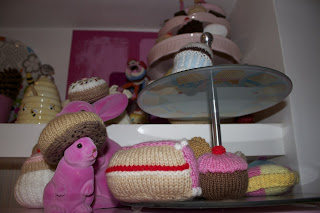 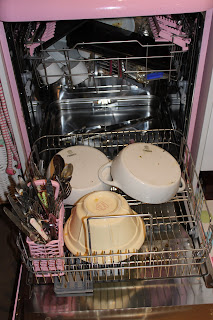 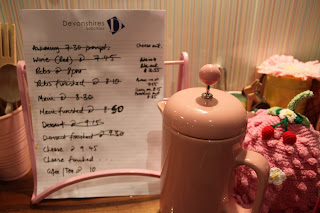 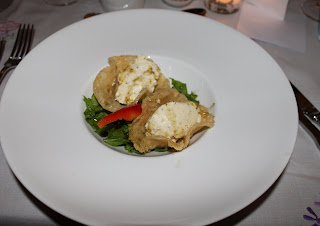 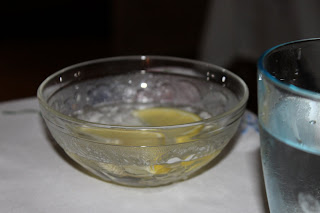 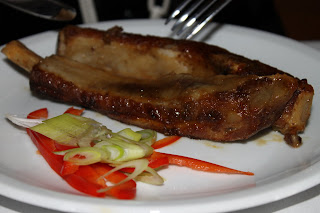 Meat of some sort… 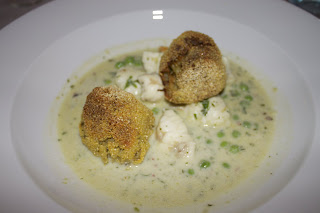 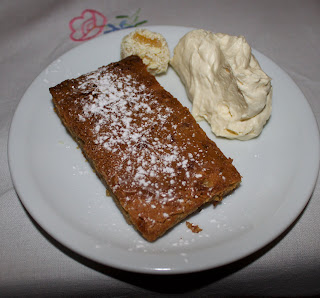 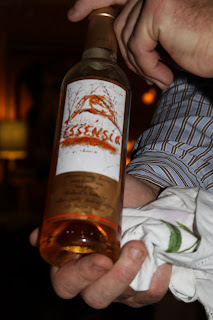 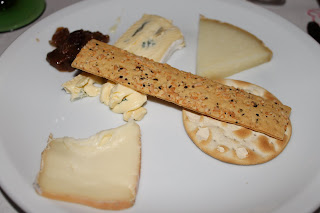 In suburban Sheen, not as far as you think, there is a little house painted pink where Lara Newman cooks. If Katie Jordan Price cooked (don’t think she does, do you?) her kitchen would probably resemble Lara’s; pink Smeg fridge, pink Smeg dishwasher, pink Kitchen aid mixer, pink kettles, coffee pots, knives, drainer…well you get the picture. There are also many examples of knitted cupcakes: it’s as if the psychedelic sweetness of Alice in Wonderland were dipped in pink dye.

Equally delicious is Lara’s cooking, four courses for £25 including wine matching. An absolute bargain. Front of house was hilariously provided by Tim, by day a shop fitter, (but a cut above the visible bum crack/copy of The Sun/six sugars in me tea love, version) by night a cheeky and generous sommelier…

“Normally I build restaurants, not serve in ’em”

Lara’s vision of a home restaurant very much dovetails with mine. I would like to see a home restaurant in every area, showing off the best in British domestic cooking, a place where locals can go, meet each other and bond over food. Lara even advertised her home restaurant with a card in a newsagents to the consternation of some of the stuffier locals!
It’s exciting to experience the passion for food of ordinary people, untrained and formed by catering college. @LaraNewman is by trade a management consultant.
The living room, a melange of Africana, bird cages strangely lit up, expressionist paintings and a chaise longue, contained four small tables, nine of us were eating this evening. The tablecloths and china were vintage. A little card menu described the courses and matching wines. A little white envelope was discreetly left, adding to the illicit air (all very Jeffrey Archer paying off prostitutes) of strange goings on in a suburban setting.
First course for the meat eaters was, I believe, some ribs. A nice touch was the little finger bowl of water and lemon. I had a goat’s cheese parfait in a Parmesan tuile. This was matched with Pinot Noir.
Main course was monkfish in a Thai spiced coconut and bean sauce, topped by arancini rice balls, a successful fusion. Matched with a glass of Riesling.
Often people are at first a little stiff in a home restaurant, after all you are in a total strangers living room, with people you don’t know; however things always loosen up after a couple of glasses of wine. Generally by the main course, the room is humming, people have forgotten the oddness of the situation.
Dessert was the absolute stand out; ginger blondie with ginger cream and white chocolate truffle. Few restaurants could match this dessert for originality and superb taste. This dish alone made the whole experience worthwhile. It was matched with a gorgeous orange Muscat dessert wine.
We finished with a plate of cheese; Cambozola (excellent), Pecorino and Talagio with home-made chutney, a Bath water biscuit and a herb encrusted wafer.
Overall the food was nicely presented but not over fussy, the ingredients speaking for themselves.
I chatted to peroxide-headed Lara in her kitchen. This is not a money making project, she budgeted £10 a head on wine alone, which doesn’t leave much room for profit.
My only quibbles, although everybody has their own style and this was only the second supper so things will no doubt evolve:
Many people email me asking if there are home restaurants elsewhere in the country…a couple from Bath were there who are thinking about doing it. Please let me know if you start one outside of London…
Here is Lara Newman’s Ginger Blondie recipe:

Ginger Blondies, Ginger Cream and White Chocolate & Ginger Truffles
The Blondie recipe makes about 16-18 small Blondies, 12 large ones, less if you trim the edges off to make them neater. Basically, a tin 18cm x 32cm or the equivalent size in a different shaped tin.
Ginger Blondies:
300g good quality white choc (chopped into very small bits – I use a food processor)
150g unsalted butter (cubed)
1 tbsp of grated fresh ginger – microplane grated is best (no fibres)
I vanilla pod
300g soft brown sugar
3 medium eggs (size is important in this case)
175g plain flour
In a large bowl, beat together eggs, sugar and vanilla pod scrapings.
Use a bain mairie to carefully melt together 200g of the choc and butter on a low heat. Cool for 5 minutes so you don’t scramble the eggs and add to the egg/sugar mixture.
When well mixed, add the flour – don’t beat the life out of it but do carefully make sure it’s properly mixed.
Mix in the ginger and taste. It should be there but should not overpower the fudgy flavour of the choc. Stir in remaining chocolate bits and pour into the tray (they need to be small so they melt into the mix quickly and don’t sink). Tap the tin a couple of times to get rid of big bubbles. Cook for 35 minutes in a pre-heated oven (180/gas 4 – I use the conventional rather than the fan setting). Test at 30 minutes. They are ready when an inserted skewer is cleanish – some stickiness is fine and in fact, desired.
Ginger Cream:
The amounts for the cream entirely depend on how many people you wish to serve (obviously).
For a pint of double cream, add 4 tbsp of Golden Syrup and 1 level tbsp of Ground Ginger and whip to desired thickness.
Truffle:
250g good quality white choc (small bits)
150g good quality white choc (finely grated)
60ml of double cream
50g unsalted butter
1 tsp of ground ginger
Pinch nutmeg
Crystallised ginger for decoration
In a pan and carefully, on a low heat, melt 250g of the choc with all other ingredients (except the crystallised ginger). Cool in a covered tray in the fridge for anything from 2 to 12 hours (I often leave overnight). It’s ready for the next stage when it’s firm and you can scoop out a truffle shape with a spoon, melon baller etc. but it still has some stickiness. Roll the truffle shapes (you’ll get 20 ish small truffles from this recipe but you can make them whatever size you want). Roll them in the grated choc, add a little strip of crystallised ginger to the top and sit on greaseproof paper in a sealed container in a nice cold fridge to set further.