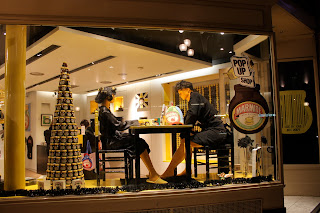 The Marmite Popup shop in Regents street, only there for a month… 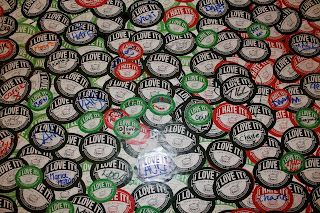 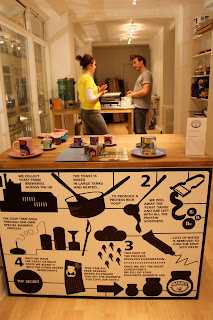 The tea and Marmite on toast bar at the shop. You could tell the staff weren’t true aficionados because when asked the weirdest Marmite request one of them replied with a grimace ‘Someone wanted a peanut butter, Marmite, cucumber and black pepper sandwich!‘. Er yeah? And? 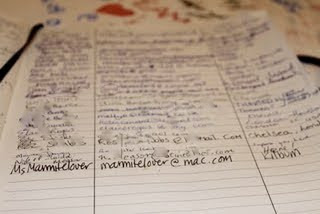 The ‘keep the Marmite popup shop’ petition signed by yours truly. 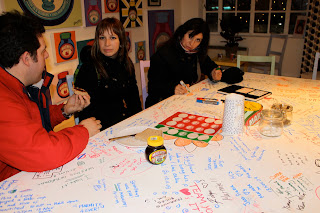 Spanish tourists at Marmite popup shop, sniffing and examining Marmite. “Ees very hjard no?” one said after spreading it thickly without butter on his bread. People need lessons. 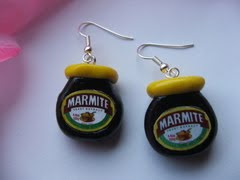 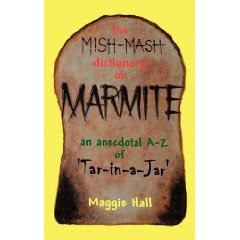 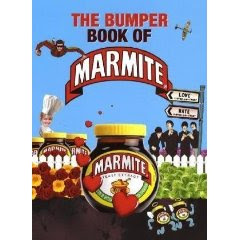 All things Marmite are increasingly in the news…I got a tweet today:

cydonia13 @MsMarmitelover I’m from the US. My university adviser is British and introduced me to Marmite. Now I have an addiction to it!!

This is good. Eventually those doubters from foreign climes will be converted and my plan to make liking Marmite a condition for entering Britain will be achieved. Being a tolerant sort, I may even allow Vegemite fans in too.

Last week a new sect, the Marmarati was formed, a sort of Masonic society for Marmite appreciators. Marmite have also opened a popup shop in the centre of London. Admittedly the addition of the words ‘Popup’ in order to add trendiness to any venture is getting rather tiresome but I’m such a fan of Marmite that I’ll let it go…however if the petition to continue the shop succeeds let’s hope they add more Marmite products in there. At the moment however it is a little haven in the West End for those of us who need a tea and Marmite on toast top-up during the day.
The staff have had people with Marmite tattoos and a couple with a dog called Marmite. On my visit, the customer base consisted of confused foreign tourists with no idea how to handle the pot of dark brown salty stuff. Frankly there needs to be beginner’s workshops.

In recent weeks I’ve been sent two books: The Bumper book of Marmite and The Mish Mash dictionary of Marmite.
The first is modelled on a kid’s annual. It has comics, games, puzzles and a few recipes. It’s bit of a gimmicky book, out for the Christmas market. There was obviously a large budget but I don’t know why they bothered. Aside from some good recipes from Signe Johansen, there are weak jokes and pointless artwork. I’ve bought some really amusing annuals in the past, Monty Python and AliG for instance, but this just doesn’t cut it. It’s all form and no content. I wouldn’t say I hated it, but I don’t love it.
The Mish Mash dictionary of Marmite at £8.99 lacks the gloss but is rather more interesting for genuine fans of the brown stuff. For a start, I’m mentioned in it under ‘U’ for Underground Restaurant! Writer Maggie Hall has put in lots of fascinating anecdotes and has obviously spent time researching the all-important subject of Marmite.

Under ‘internet’ there are more than 430,000 entries if you google ‘Marmite’. Under ‘C’ you will see that cats love Marmite. Under ‘J’ for jewellery she mentions Rachel Sherman who sells Marmite jewellery (pictured above) on etsy and her own site.
Paul A Young’s wonderful marmite and chocolate truffles have an entry under ‘Y’.
This is to name but a few entries…you could spend hours reading this book…love it!