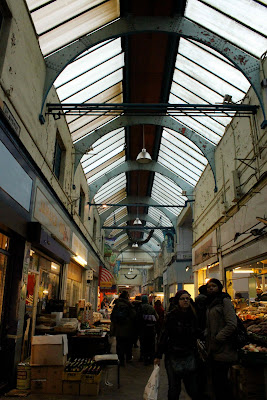 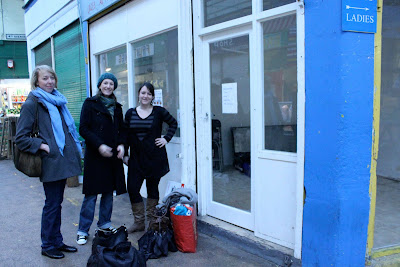 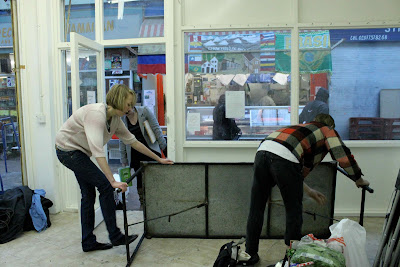 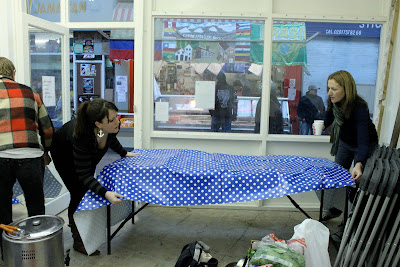 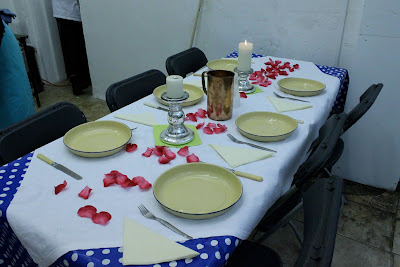 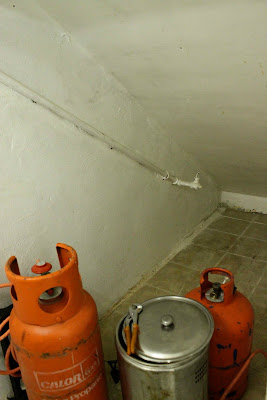 I couldn’t stop laughing when I saw the ‘kitchen’ 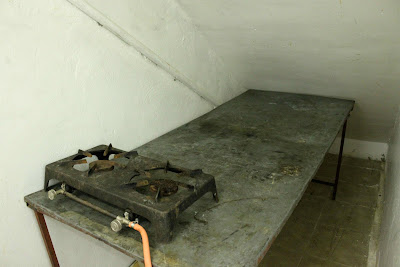 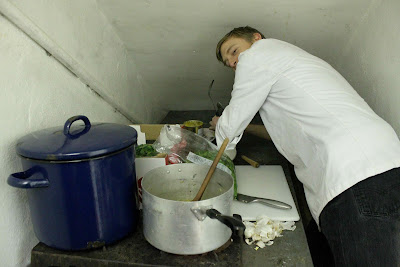 Not easy this Harry Potter cupboard under the stairs style supperclub! 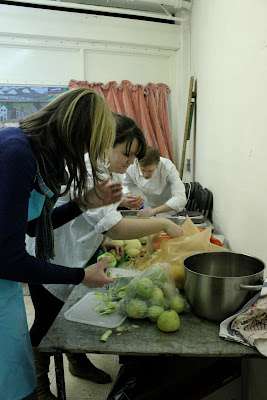 Quick, quick, prepping production line. Only 1 peeler. I peeled the ginger with my fingernails! 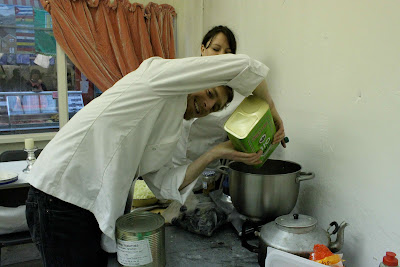 Oil was frozen, tried to heat it up with a candle… 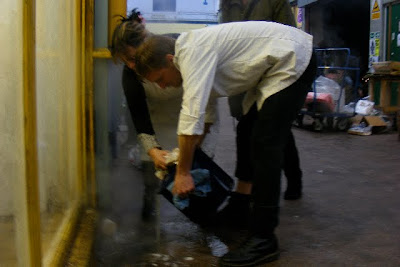 This is how we drained the potatoes…pic: Andy Broomfield 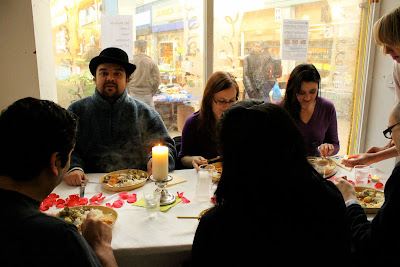 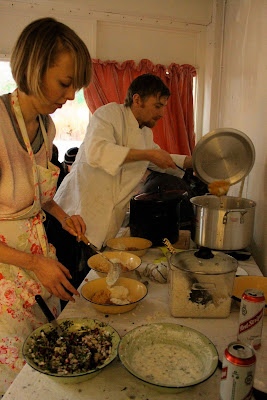 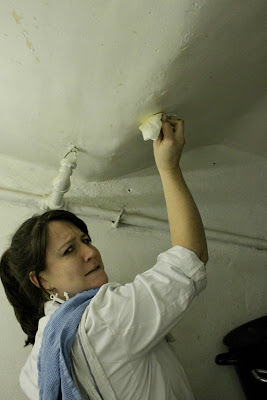 Having to wipe the condensation off the ceiling of the cupboard kitchen, so it didn’t drip into the food, Health and Safety would have had a heart attack 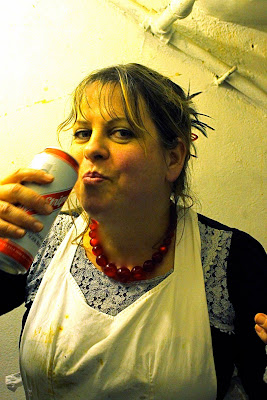 In Brixton they call it Moet 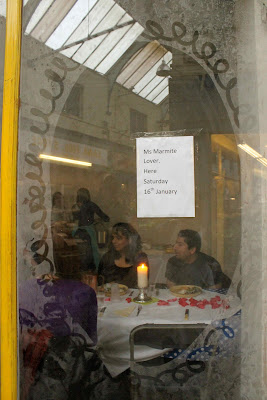 We used the steam effectively as decoration 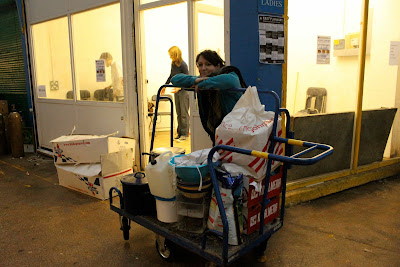 The take down. Amy of Blanch & Shock, trolley to load up the van. We were out by 4…
Menu
Basmati Rice
Coconut dahl
Aubergine and tinda curry
Chickpea and tomato curry
Sag aloo
Coconut raitha
Mint, coriander, onion and pomegranate cachumber
We borrowed cutlery off Rosie Lovell, had to wash up from a public toilet, strained the potatoes into a street drain… chairs, tables and gas rings were borrowed from a local church and the Evelyn Grace Academy in Brixton.
One guy became impatient about getting cutlery, so, lacking water, the new batch of washing up not having returned (people were queuing out of the door!) I cleaned his spoon with half a lemon. He was cool with that!
We opened an hour late at 1pm, having cooked and set up the ‘restaurant’ from scratch in two hours. Until 3pm we served 80 people until we ran out of food and made £471. I spent £188 which leaves £283 which I’ll round up to £300 to be donated to Medecins Sans Frontiers for their work in Haiti.
This brilliant project by spacemakers takes empty units and breathes life back into recession hit areas by creating pop up shops and cafes. Join the spacemakers ning group if you are interested in utilising ‘slack space’. Find out more information here: http://spacemakers.org.uk/
Ah, isn’t London an amazing city? Fuck the recession, we are resourceful!
Thanks to Susan, Alyssia and Mike and Amy from the creative catering company of Blanch & Shock. Fantastic team work, couldn’t have done it without you!
Related link: http://www.huffingtonpost.com/2010/01/19/never-can-say-goodbye-art_n_428386.html