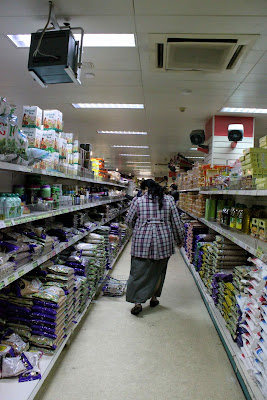 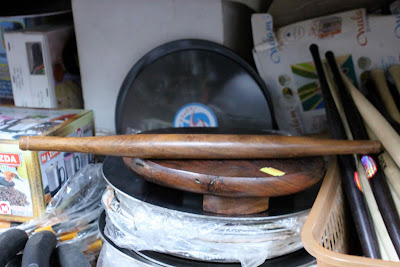 Bought myself a roti board and rolling pin 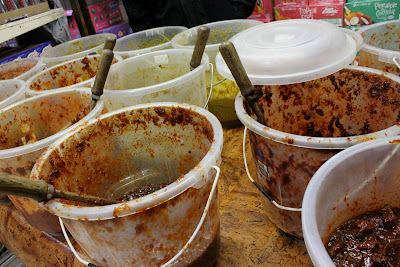 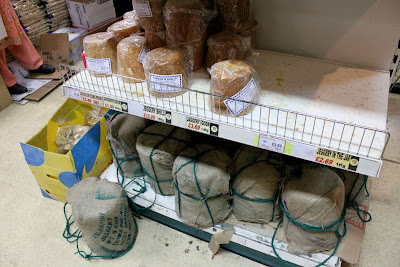 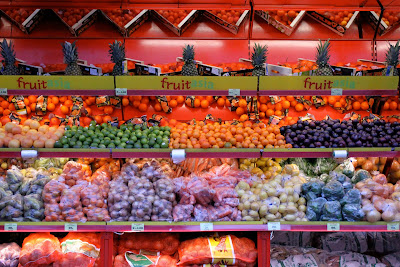 Beautifully laid out fruit and veg 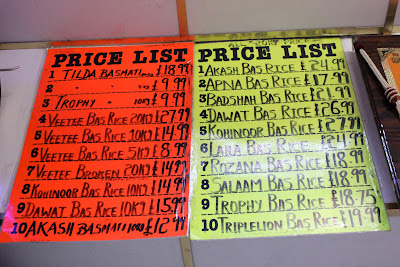 There are many kinds of basmati, they will give you advice which is the best 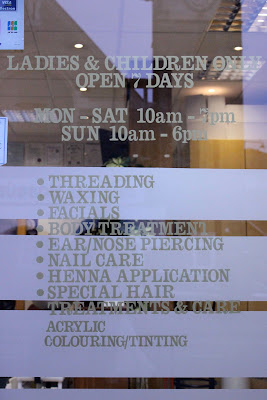 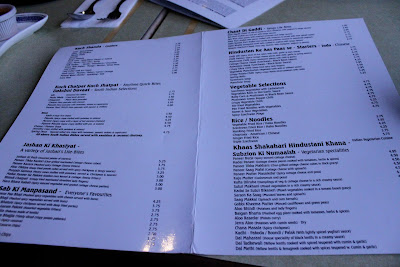 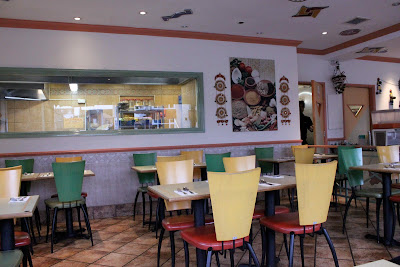 Once more my blogging friend Bellaphon takes me on a trip…this time to the Sri Lankan ‘Oxford Street’ between Alperton and Wembley.

What a wondrous place it is… you can get a makeover as an Indian bride for £200 in one of the beauty shops…fantastic pound shops…I bought me plenty of kitsch kitchenware for The Underground Restaurant… exotic fruit (baby clementines!) and vegetable shops laden with mirrors and shrines…enormous and cheap Indian supermarkets. I was told off for taking pictures at the latter…a small squat Indian woman said to me very crossly

I mean, really, how can taking pictures of jaggery in sack cloth be wrong?

She carried on “This is private property”

I continued to argue back “It’s not like I’m going to say anything bad about this place…I love it!”

She started to relent, saying, more doubtfully cos basically it sounded like she’d made up this rule… “I’m sure my bosses wouldn’t like it..”

“Bring me your boss! I’ll talk to him” I said cheerfully.

She followed me around a bit then gave up, and showed me the amazing buckets of pickles that you can buy by weight.
We ate at Jashan which is a kind of fusion restaurant, very cheap, of Chinese and Indian food. I spoke to the waiter who was Nepalese, but brought up in India.

“Indians think Chinese food is too bland, so we like to add spices” he explained.

This led to some very odd concoctions like dumplings with curry, Chinese battered fried mushrooms in a sort of chilli sauce. Not all of it was successful but there were some excellent dishes in the complicated and extensive menu.
Highlights:
Makai paneer ke Pakore
Sweet corn and cottage cheese fritters with yoghurt. Absolutely delicious, especially with coriander and mint chutney; mango and turmeric chutney. 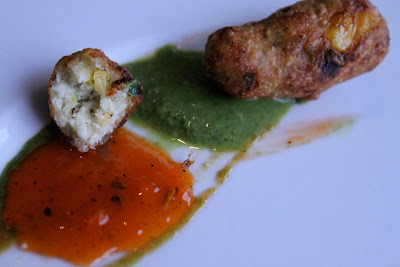 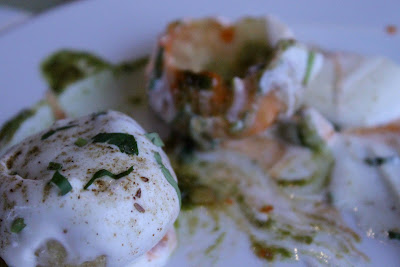 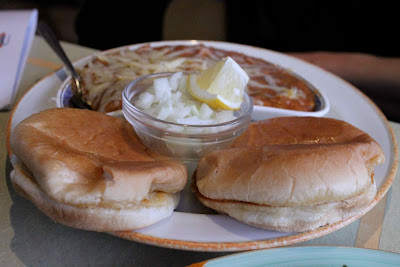