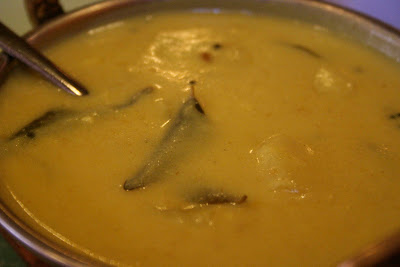 This could have been the dahl… 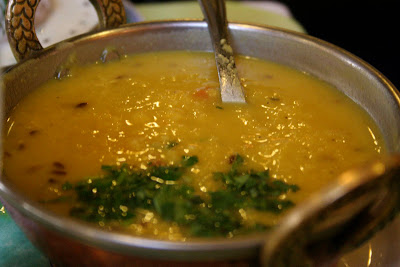 Or maybe it was this… 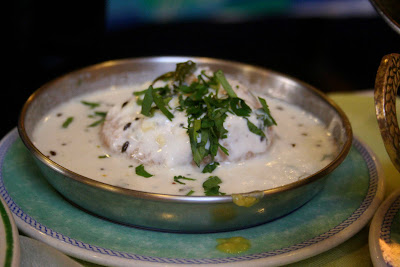 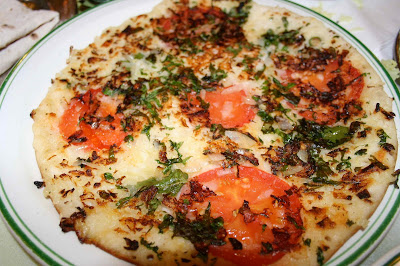 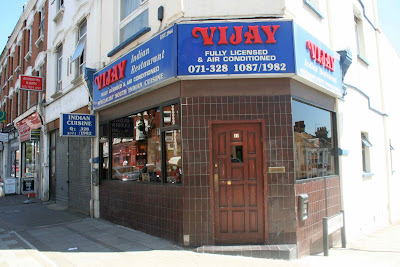 I’ve been meaning to post this for six months, but a trip to Vijays sister restaurant in Wembley and Toby Young’s flattering review in The Independent on Sunday reminded me to do so.
To continue with my exploration of restaurants in Kilburn, I finally got to try out Vijay, an established old school South Indian restaurant at the Kilburn end of Willesden lane, having passed by so many times. This place is not exactly flocked wallpaper but it hasn’t been tarted up; it has lisping service and plain decor, with a row of bain marie’s containing various curries running down the middle of the restaurant. They had a lunch deal, a buffet for a good price but I decided to order a la carte. Uthappam is a cross between a curried pizza and a pancake, made out of ground rice flour, a typically Southern Indian dish. The vadai, doughnuts covered in yoghurt were good, I must declare I preferred my own version. The two curries pictured here look identical but aren’t: dahl and Keralan Dhai curry? Lemon rice was a nice change to pilao and breads, Puri and Chapati, were not bad. The Salt lassi was one of the best I have had. Bill was reasonable approximately a tenner each without wine.
Vijay India Restaurant 49 Willesden Lane NW67RF 0208 328 1087