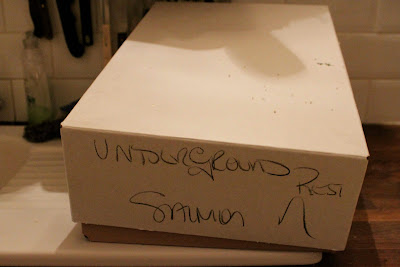 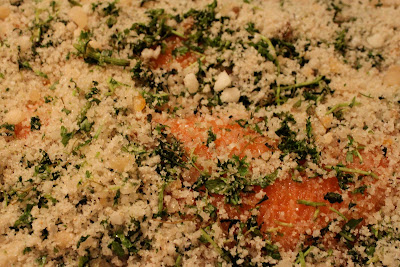 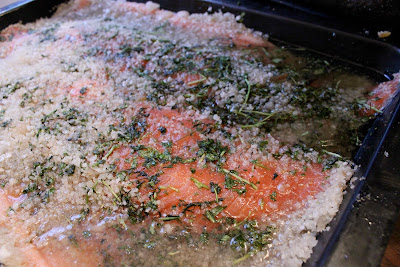 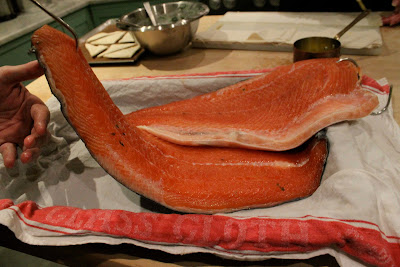 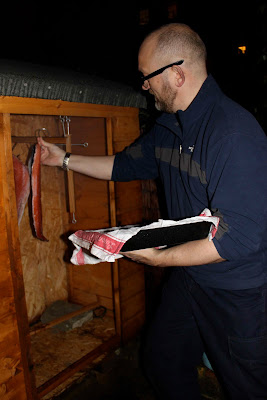 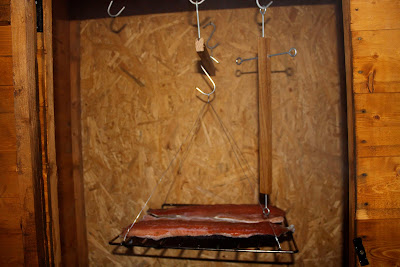 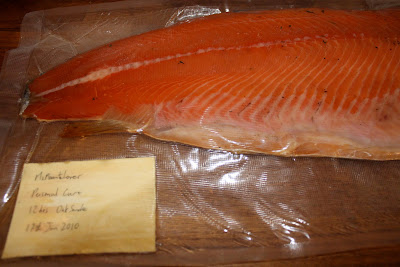 Cured in Kilburn, smoked in Camden… 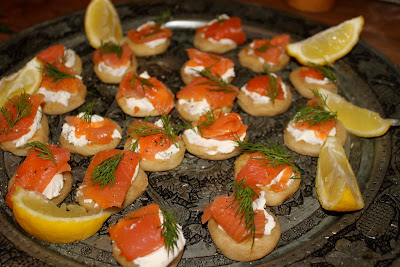 The food writer Tim Hayward messaged me on Twitter to offer me the facility of his smoking shed in his Camden back garden. I love smoked salmon, in fact most smoked foods, but didn’t know what it entailed.

“Cure it, then bring it over for smoking overnight. I’ll vacuum pack it in the morning. Leave it for a week to fully absorb the flavours before serving” said Tim.

Tim has a little shed in his back garden with a little smoking machine attached. You put ‘tablets’ of compressed oak chippings in the machine which are heated up, the smoked from which is pumped into the shed.

The salmon filets were hung up on hooks but as soon as we had shut the door, there was a thud.
The filets had fallen off the hooks.

“Did you scale it?” asked Tim, perplexed.
“Yes”

I shouldn’t have done that. For smoking you leave the filets unscaled. Tim then niftily constructed a Heath Robinson device from a rack and some lengths of wire upon which we could lay the filets.
A week later Tim dropped off the smoked salmon labelled ‘MsMarmitelover’s Home Cure’.
For Burns night, I served it in little slices upon whisky infused cream cheese and tatty scones.
Normally potato scones are larger and cut in four. I made mini ones with oak smoked flour which served to highlight the oaky aroma.
I must say, and many people agreed, it was the best smoked salmon I have ever eaten.
‘Tatty’ scones
Boil a kilo of floury (Maris Piper) potatoes
When cooked, pass through a ricer
Mix in 250g of salted butter
2 teaspoons of Maldon salt
1 teaspoon of baking soda
250g of oaked smoked flour (or ordinary)
If serving later, lay them out on tin foil making an envelope and keep them in a low oven.
Serve with the whisky cream cheese, smoked salmon, a sprig of dill, a little lemon and black pepper.