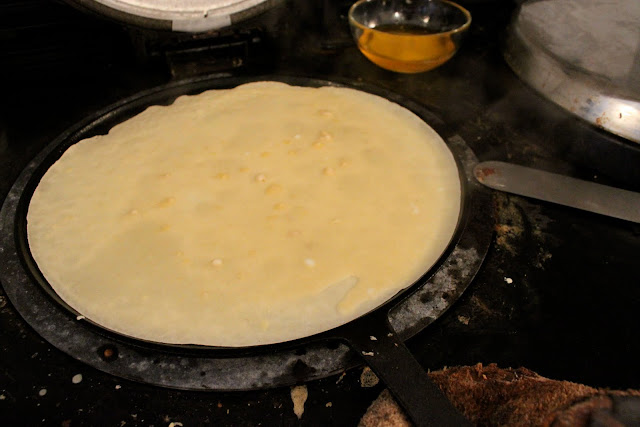 Crèpe making. The first one is always crap but then I got into my stride… 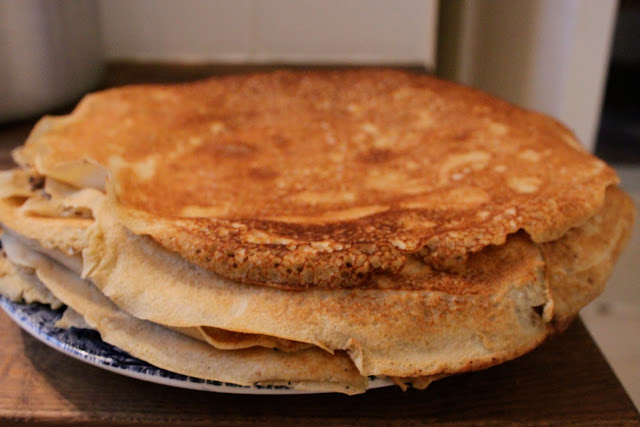 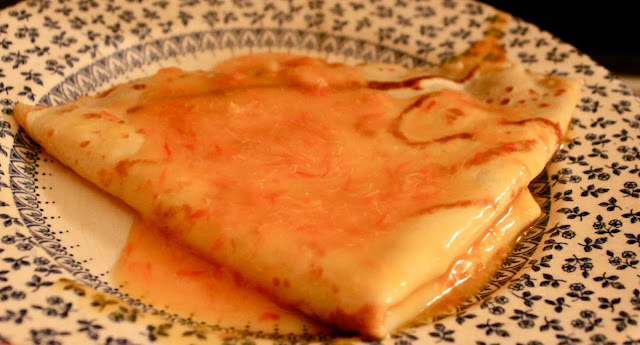 Even though the event was oversubscribed in terms of girls, one of the three men that made it asked if a female friend could come “she was dumped two weeks before Valentine’s and is feeling a bit down”.

Valentine’s Day and Christmas Day create such pressure, are often the crunch point for a relationship. If you are going to break it off, you will be weighing up whether to do it beforehand or afterwards. I’ve been dumped twice on Boxing Day. One of the dumpers came for Christmas Day, hoovered up all the food and drink, and, in return for the large selection of presents I gave him, gave me a bottle of Baileys. Don’t get me wrong, I love Baileys but it’s the sort of present you get for an elderly aunt, not a lover. It was at this point I had an inkling he didn’t feel the same way about me.
My Anti-Valentine’s Pancake night had 17 attractive, intelligent, sociable, amusing women. The three guys, one at each table, swapped tables at each course. Talk about having a selection to choose from! At least one man left with somebody. (Found out later he never called. Scoundrel). But never mind, the girls may not have met their man but they certainly made friends; there was much swapping of phone numbers.
I had a tooth extracted on Monday and spent the day in a fog of Neurofen and pancake batter. In retrospect making crepes for 21 people was a little ambitious on an Aga which relies on the 80/20 rule: 80 percent of cooking should be in the ovens and 20 percent on the top burners. I was making crepes from 11 am till 5 pm on my trusty cast-iron crepière pan that I bought in France. The first batch consisted of a buckwheat and cider batter, crèpes au sarrasin(1). However the delicate frilly-edged doily of batter was difficult to turn over without breaking.(2)
At the end of this mammoth crèpe making session, the heat had gone out of the top of the Aga therefore the best solution was to fold the savoury crepes with garlic mushrooms and cheese into an oven dish and bake them. The alcoholic batter gave the pancakes a pleasingly boozy sour and tangy flavour.
Jane Milton of @FoodNetworking came to help in the evening. She made the broken galettes into a true Shrove Tuesday dish of leftovers from the fridge: I christened it Crèpes millefeuilles. It was a kind of crèpe lasagne, broken crèpes layered with cream, onions, pesto and Spanish Cabrales blue cheese which is incredibly piquant. The result was absolutely delicious. It’s great having guest chefs, basically I get to meet a lot of different people that work in the food industry and I learn something from each.

Dessert crepes, a choice of lemon and sugar, nutella or crèpes Suzette (made with Sicilian oranges) 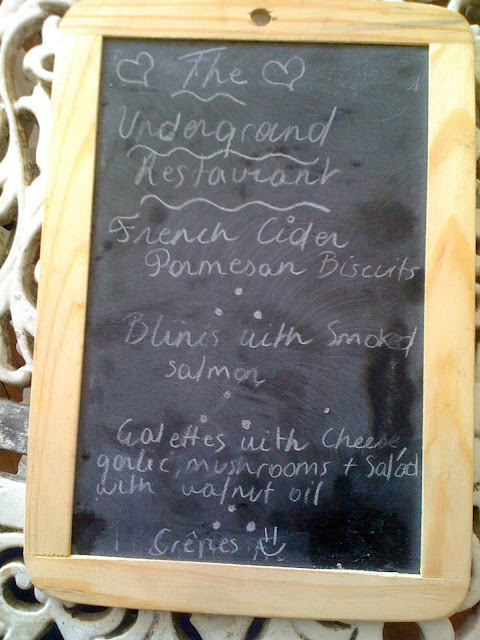 My old recipe for galettes au sarrasin, hence in ounces.

4oz buckwheat flour
1/2 pint of French cider ( you can replace with English cider or ale)
Pinch of salt
1/2 oz of melted butter
One egg
One yolk
Mix ingredients together but don’t overwhip as the batter will give you tough pancakes (because you don’t want to activate the gluten in the flour too much). Grease your pan with a little kitchen roll dipped in butter or an old butter paper (these world war two habits I learnt from my grandmother die hard). Let the batter rest for half an hour at least. Spread a ladle’s worth of batter over the pan, tipping the pan so that the batter covers the whole surface. The trick is to have a large circular pancake which is still thin. This takes a little practice. The first one is always terrible but stick at it and they will improve as you get your eye in for how much batter to put in.
Let it cook first on a highish heat then lower heat so that the top side can ‘steam’ cook. This is because it’s almost impossible to turn it over without breaking. Then, add your ingredients, be it cheese or a ‘complet’ with ham, cheese and a fried egg and gradually let cook. Fold over the edges and serve. 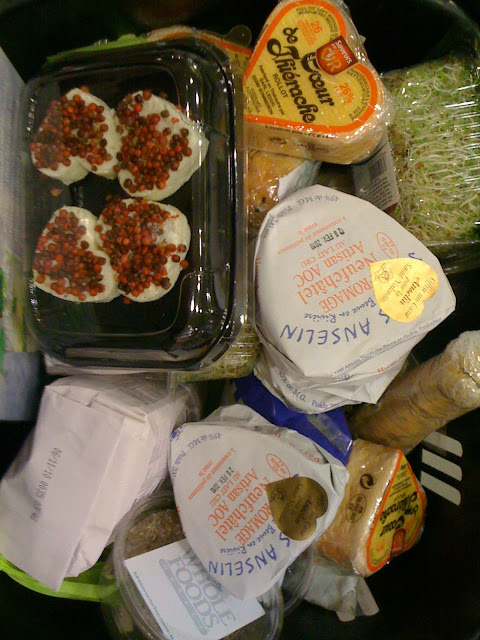 (1) Crèpes au sarrasin is the name for these buckwheat or blé noir galettes which are a speciality of Brittany. I’ve tried to find out why they are termed ‘au sarrasin’ which comes from the word Saracen or of Arab origin but can only assume it’s because they are black. Moor or Saracen is a term often used for black in France.
Crèpes are also associated with a French festival on February 2nd called Chandeleur, (chandler in English meaning candle maker), the candles perhaps representing the triumph of light after the darkness of winter.
(2) I then discovered that galettes should be cooked one side only. 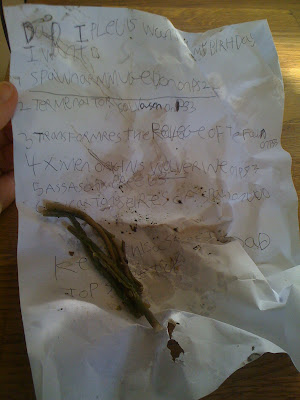 Found this on the balcony. The other week I found some salmon wrapped in paper too. I started to think it was guests that didn’t like their food but for some reason were too scared to leave it on the plate! But I didn’t serve green beans. I looked more closely, it was wrapped in a piece of paper with child’s handwriting on it, with a list of presents he didn’t want for his birthday…transformers, wolverine etc. Then I realised it was the little boy upstairs throwing his dinner out of the window again. He did this a couple of years ago when I found an entire plate of spaghetti on my balcony. I remember hiding my dinner in pot plants when I didn’t like it.