Vide-grenier means ’empty attic’, for in the old days an attic was where you stored your grain, hence ‘grenier’. It’s certainly a more romantic expression than car boot sale. In France you will hear several expressions for places where you can buy second hand things: brocantes; which generally consists of professional stall holders selling rather expensive antiques; marché aux puces or flea market, which is a mix of old clothes and antiques, often professionals. The best are vide-greniers where you get genuine amateurs; I’ve bought huge copper jam making pans from them for 4 euros, wood burning stoves in enamel for 10 euros, vintage pinnys for 3 euros, wet suits for a few euros, all kinds of bargains. There are guides you can buy and websites. One year I must make the effort to go to the Braderie de Lille, held the first weekend of September every year. This market apparently covers miles and goes on till late. A friend of mine rented a van, drove over for a weekend and returned with enough to furnish a whole house, brass beds, antique doors and all, at a knock down price.
Down here near Grimaud I go to the Jas des Robert, a brocante/vide-grenier held every Sunday in the car park of a restaurant. I go every Sunday, and even in the height of summer, when it is thronging with tourists, there are some bargains to be had. In winter, there are fewer stalls, but as the seasonal summer work has dried up, the stall holders prices can be driven down. One week we saw Vanessa Paradis and Johnny Depp walking around the Jas des Robert. Nobody bothered them. Except my teen and her friends. Johnny was very polite and friendly, even thanked them for liking his films. I think he was interested in the fact that they were bilingual children, just like his children with Vanessa. My teen and her friends didn’t wash their hands for days, having shaken with him.
The French being the administrative ass clenchers that they are, at the Jas des Robert they take your passport when you have a stall, and if you go to sell more than four times in a year, they report you to the tax authorities. People made fun of George W. Bush when he said that the “French don’t even have a word for entrepeneur” but he had a point. It’s so difficult to do anything here. Did you know that ‘Soldes’ or ‘Sales’ are heavily restricted by the French authorities? So that some shops do not have an unfair advantage over others? The sign ‘Soldes’ can only be used at certain times of the year, with notice being given by the local government. 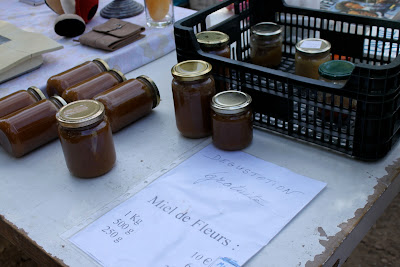 Honey from local flowers and, a speciality of the region, chestnut honey. 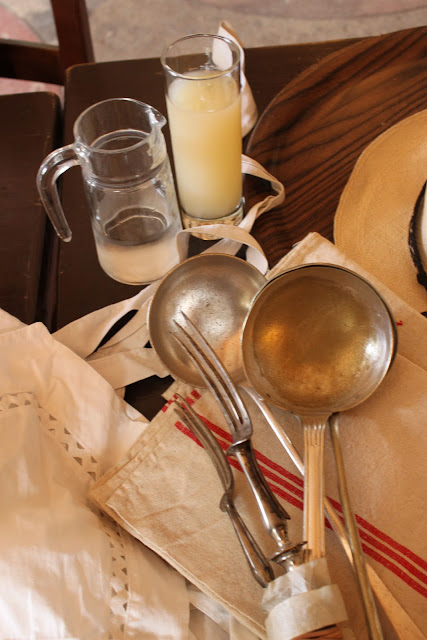 My buys this week: three silver plated ladles and two fork for 10 euros; two vintage linen tea towels, 5 euros each; a dozen vintage aprons 30 euros. And a refreshing Pastis up at the bar when I’d finished. Thirsty work! 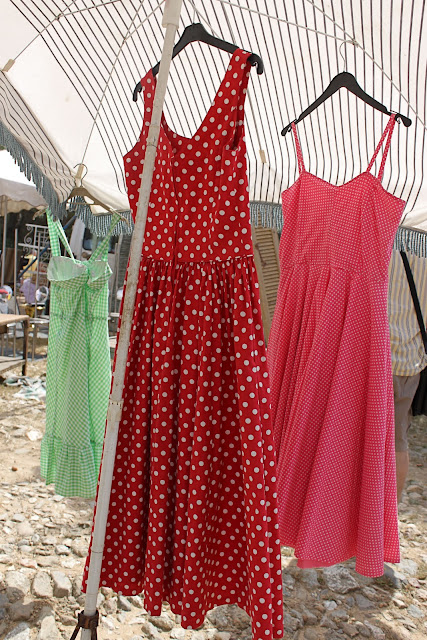 1950s cotton summer dresses on one stall. But 50 euros each… 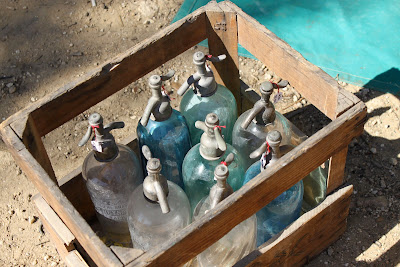 Vintage soda siphons: pretty but 60 euros each. A bargain, the stallholder assured me. 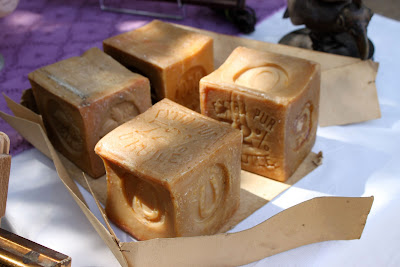 Savon de marseille, made from olive oil, is famous, these are some vintage blocks. 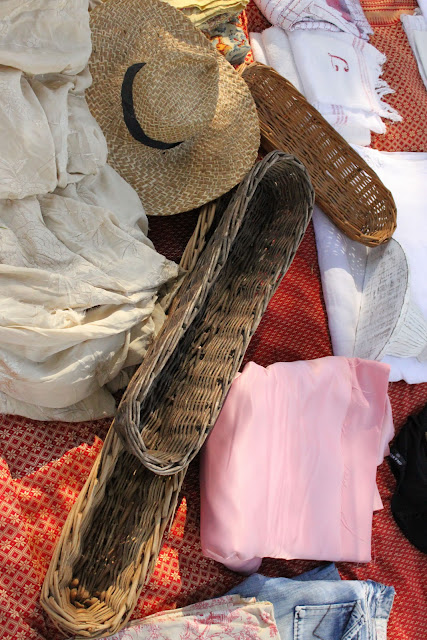 Old baguette baskets, why didn’t I buy them? 20 euros though… 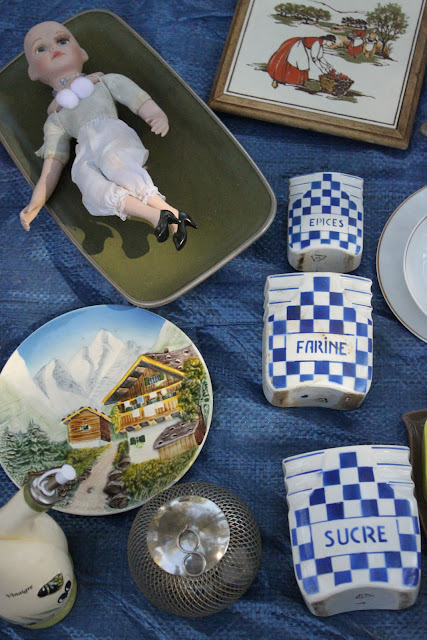 I love the blue and white containers for flour, sugar and spices. 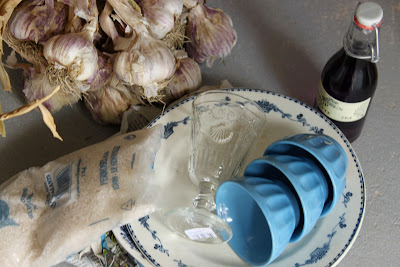 Some more buys: violet syrup, gros sel (always buy some when in France), vintage blue and white plates, a euro each, little blue bowls, modern, 1.5 euros each, glass from La Rochere and garlic called ‘ail violet’ which should last up to a year.

Another good site to find vide-greniers.