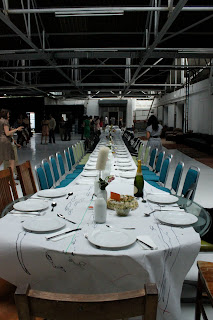 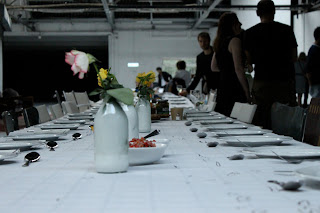 The Dairy, an amazing space 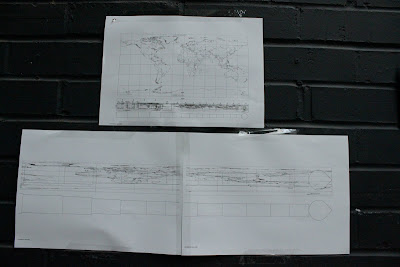 A map of where we sat initially, according to our longitude 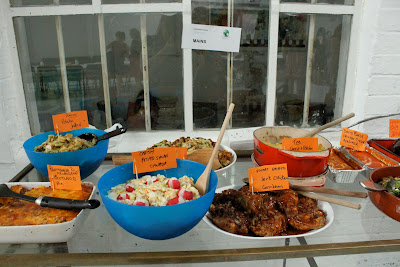 Mains waiting on the side… 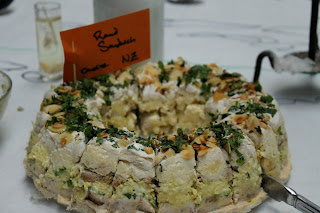 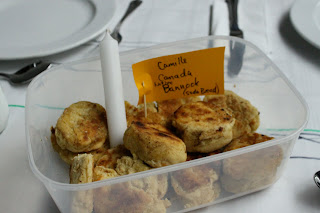 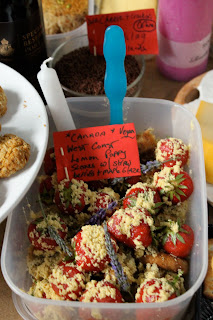 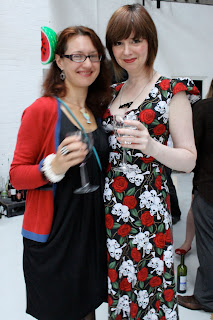 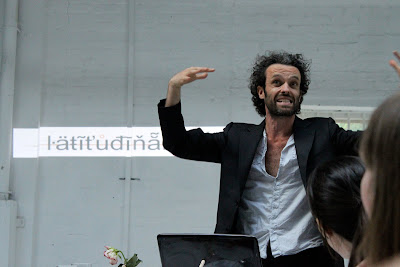 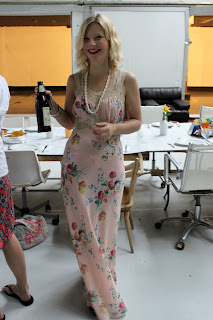 Guests were asked to dress up 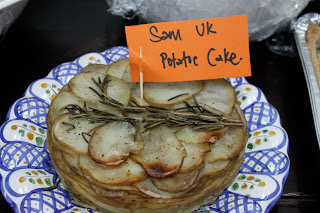 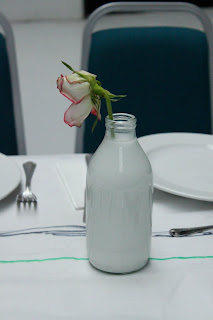 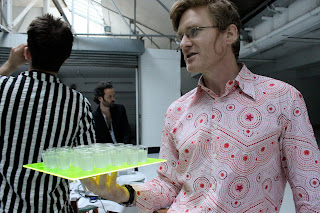 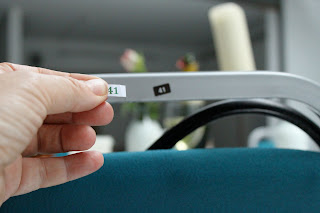 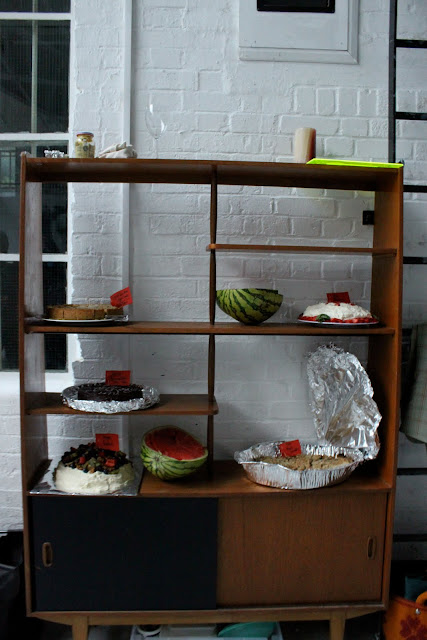 Desserts on the sideboard 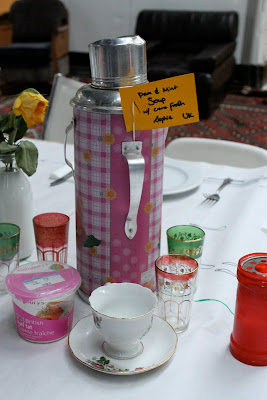 Pea and mint soup from the UK 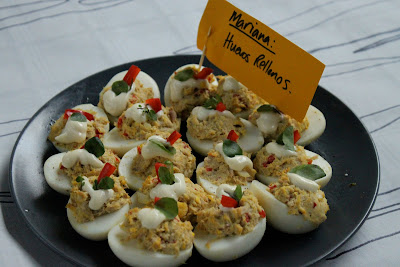 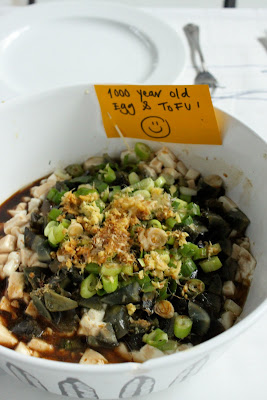 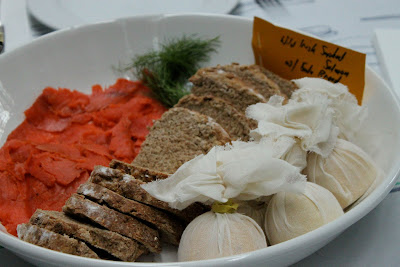 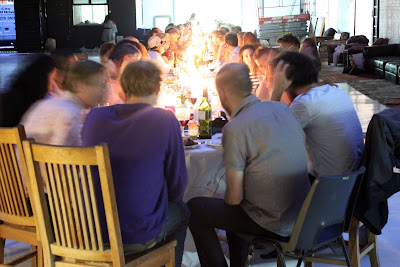 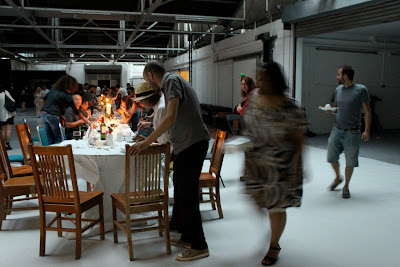 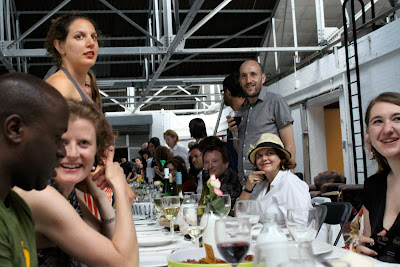 Talking about your dish 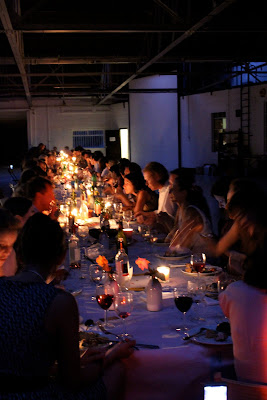 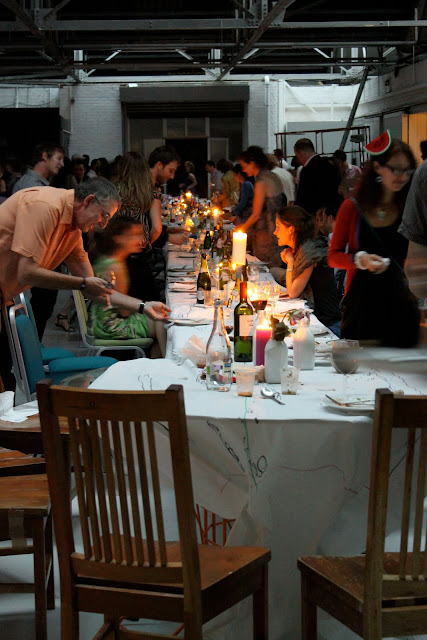 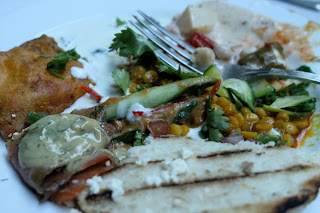 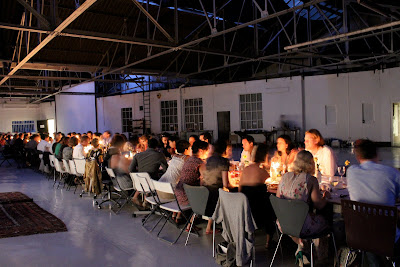 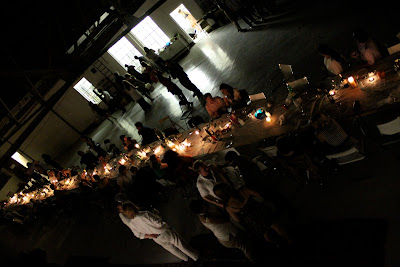 Alex Haw, organiser of Latitudinal cuisine, a weekly supper club where guests bring a dish, borrowed a large space at The Dairy in Kings Cross. He invited 100 guests, who were told to bring a dish from their country and a candle. Sourcing a thirty metre table and 100 chairs was no mean feat. The candles were lit as the light dimmed on a warm July day. Guests were given numbers three times during the meal, we changed places by seeking the corresponding number on the back of the chair.
Standing up at the beginning of each course, guests introduced their dishes, saying their name, where they came from and why they cooked this dish. One guest brought the first ever recipe, another said “I’m part Indian, part Scottish so it’s curried and deep fried”, a girl from Bologna announced that there was “no such thing as spaghetti Bolognese”. One of the most popular dishes was from the UK…’Coronation Chicken’ originally devised for the Queen’s coronation in 1953.
I brought a tower of profiteroles filled with orange blossom creme patissiere, a practise for next week’s Croquembouche. “I’m not French” I said “but I’ve slept with quite a few French men. Does that count?”
Latitudinal Cuisine. and on Facebook
Different Locations.