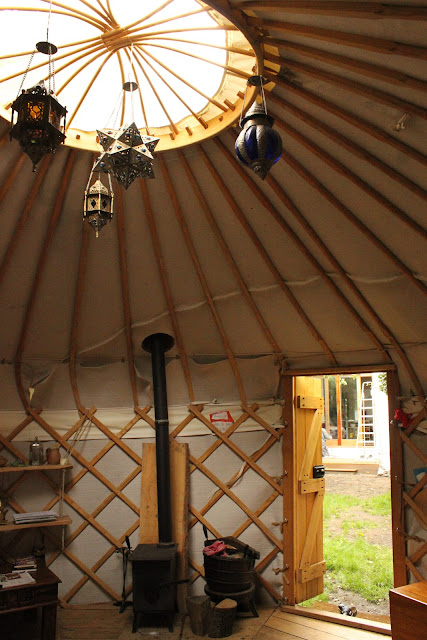 On the 20th of November I’m cooking a meal in a yurt in Highgate! The food will be inspired by Mongolia, of course, where yurts originated (although known as a ‘ger’) and Tibet, where I spent three months just as it was opened up to the west. The anthropologist Levi-Strauss talks about how society moved from round houses, that is huts and nomadic dwellings (yurts, teepees) towards the modern rectangular or square house. This is some part symbolises the demise of goddess worshipping cultures, the adoration of feminine creativity (the Venus of Willendorf) and the move towards god worship in the Judeo-Christian age.
My months in Tibet were probably the most tiring but fascinating of my life. I hitchhiked from Nepal, where the road has collapsed into the river, climbing dirt mountains and hardly daring to look down into the surging river far below. The ascent to 4000 metres was physically difficult; a pounding headache, fatigue and a dry mouth were all symptoms of altitude sickness. This was eventually cured when a Khampa tribesman (very tall and handsome with red threaded plaits curled around their heads) offered me a large dung flavoured ball. I swallowed it with difficulty but it did the trick, I was better within a couple of hours. Later I was informed that this was made of ‘Dalai Llama’ poo.
My first night, I was left by the truck driver next to an enormous wooden door in a pitch black Shigatse, Tibet’s largest town after Llasa. Nobody would answer so I bedded down in the doorway in my sleeping bag. I slept badly, frightened of the wild dogs that approached during the night. At dawn I opened my eyes to the sight of Tibetans shuffling to prayer, murmuring to themselves while turning prayer wheels, emerging from the pale thin air.
The food in Tibet was limited; tsampa (barley) and yak: yak butter, yak milk, yak yoghurt, yak meat, yak fat (I tried the latter by mistake, it was sold in markets as white dusty cubes threaded through with a string, I thought it was marshmallows). Most of Tibet is between 4000 and 5000 metres, above the tree line, so there are few vegetables. In hotel rooms you were given a large tin painted thermos full of hot water for your tea and pot noodles imported from China. The other great Tibetan dish, when you could find it, was momos, a crescent shaped dumpling, filled with meat or vegetables and steamed.
Tibetan tea with salt and butter will be served, along with the delicious oolongs from Jingtea (my latest addiction). A Mongolian hot pot will also be on the menu.
This yurt was featured in the open house architectural weekend last year. It’s the nearest yurt to a tube station.
Book here: http://www.wegottickets.com/event/92921 Feel free to wear crazy ethnic clothes! 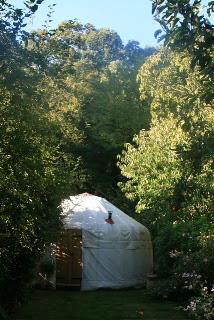 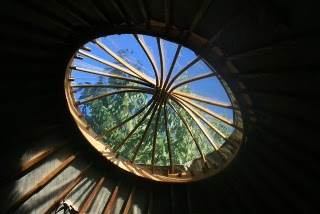 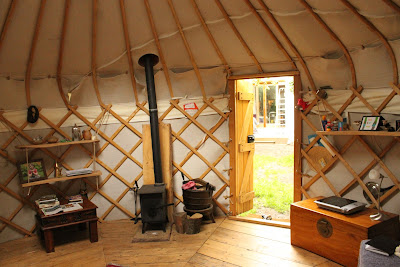 Previous Post: « Stories over Sunday Lunch
Next Post: Christmas present ideas for people who are always in the kitchen at parties »