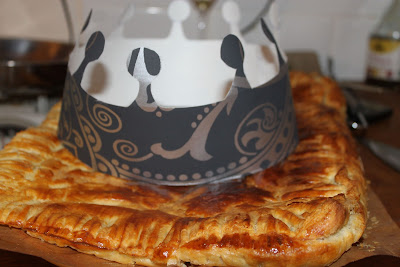 In retrospect spaghetti is too hard to cook for 31 people on a rapidly cooling Aga, in future, I’ll stick to more forgiving shapes of pasta like penne and rigatoni. The first course, thinly sliced fennel, blood orange, pea shoot sprigs, roasted Jerusalem artichokes and tarragon was a seasonal hit dressed with Mrs Monk’s dijon mustard and olive oil vinaigrette (a stallholder at The Underground Farmer’s and Craft market).
I served each table with a large galette des rois, this time with added orange flower water. The winner of the ‘king’ slice, which contained a pecan, got to wear a hand crafted crown made from wallpaper.
One of my guests, Emma Marfé, makes hats and fascinators; she showed us a selection. 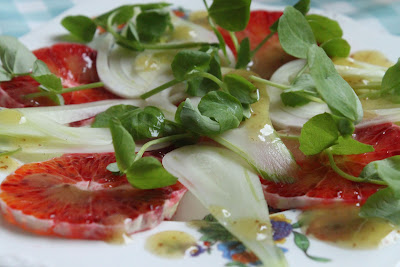 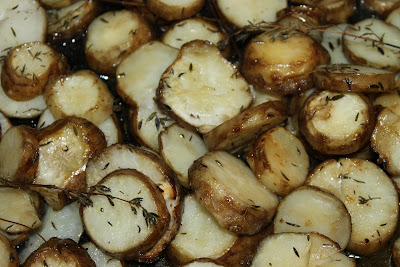 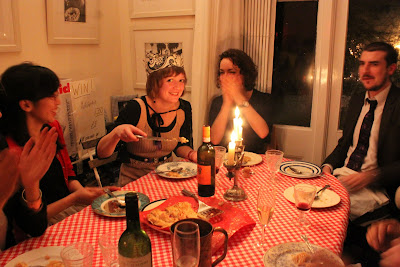 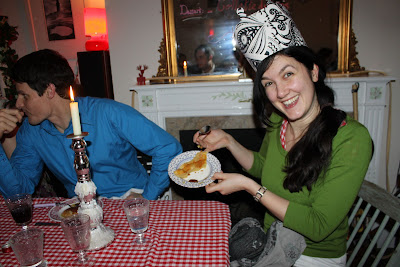 Two of the queens of their tables…. 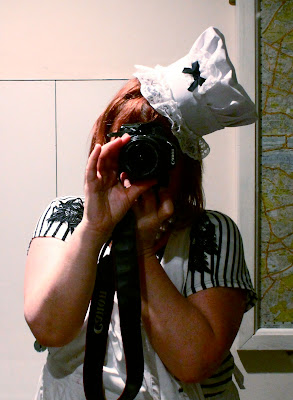 Kind of whacky! My chef’s hat… a toque often has 101 pleats, said to represent all the different ways you can cook an egg. Symbolically, an egg represents the universe. The taller the toque, the higher in rank the chef. Each inch of the toque represents a year of service, some say. The toque has also been the sign of a free thinker and, as only trusted chefs could cook for a king, poisoning being a frequent form of assassination, this chef’s hat is a crown of sorts.
People always used to wear hats; head coverings denoted the profession, religion or married status of the bearer. In Tudor times only maids, girl children went hatless. We stopped wearing hats in the mid 20th century; short hair for women and central heating? 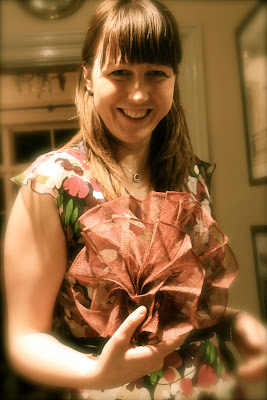 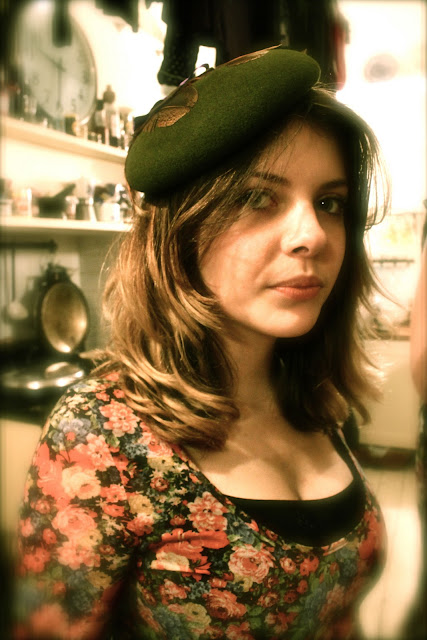 The teen in one of Emma’s hats…
Upcoming events:
February 9th
Salt: a dinner exploring the different tastes of a selection of salts. 5 courses £40 Book here
February 12th
Mixed Grill: a food conference organised by Fire and Knives Food Quarterly, held at Conway Hall in Holborn.
Tickets £20: book here.
Set lunch by MsMarmite £25: book here. As the premises is licensed, wine can be ordered with your meal and from the bar.
February 19th
How to be a successful food blogger. All day conference with four talks/workshops/Q and A sessions with the top people in the field. Confirmed: Niamh of Eat like a Girl; Tim Hayward of The Guardian; Laura James, cookbook writer and online writer for Aga; plus, name to be confirmed, a food photographer. £100 includes coffee and home-made pastries; lunch at The Underground Restaurant, drinks and all workshops. Book here
March 4th
Jar food: a menu exploration of food in jars: pickles, confits, krauts, slow cooked foods and preserves. 5 courses £30. Book here.
March 17th
The Underground Comedy dinner with Josie Long, featuring Isy Suttie (Dobby on ‘Peep Show’) and Robin Ince among others. £40. Book here.

April 14th
My book Supper Club: recipes and notes from The Underground Restaurant will be published. Pre-order here

April 29th
The Underground Royal Wedding dinner: why should they have all the fun? Come dressed in ermine and crowns, wearing a bridal gown or a groom’s outfit. Foods fit for a king and queen. £40 Book here