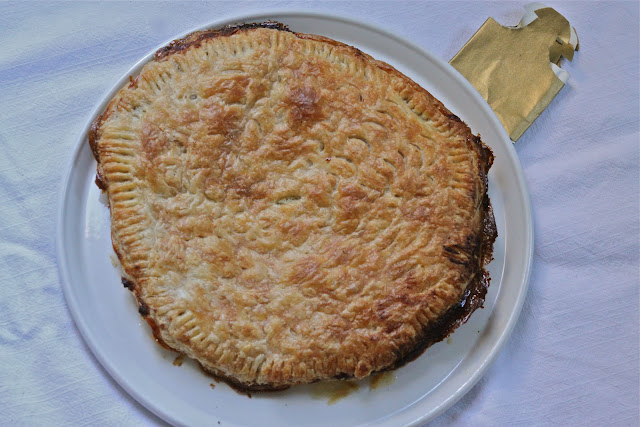 January 6th is the real Christmas or ‘Epiphany’, the manifestation of God according to Eastern Orthodox Christianity.  This date celebrates the arrival of the three kings, Magi, Wise men or, in some translations from the original Aramaic of the bible, astrologers. In Britain this is historically known as Twelfth night, and probably the date of the first performance of  the eponymous Shakespeare play.
In several cultures there are ‘King Cakes’; here, traditionally but scarcely known, a fruit cake known as ‘twelfth cake’ is baked or an Epiphany jam tart in a star shape with different coloured jams.
Every January in France however, patisseries will sell a ‘galette des rois’, cake of kings. Children love these almond croissant style pies for, if you find the little china figurine of a king in your slice, you get to wear the crown and become king for the day. In some versions of this epiphany dessert, you will find a bean instead. I, lacking a bean (“I haven’t got a bean”) and a figurine used a walnut instead. I didn’t have a crown either so made one out of a scrap of gold paper.
Some countries have pushed the King Cake forward to February during Mardi Gras, I will post about this New Orleans dessert later.
Here is the recipe:

Serves 6 to 8
140g of sugar
125g of butter, softened
100g of ground almonds
2 eggs and one yolk
1 swig of Grand Marnier
500g of butter puff pastry
I dry bean, figurine or walnut

Blend the butter with the sugar then add the almonds. Make sure it’s well mixed. Add in the 2 eggs one at a time, then add the Grand Marnier. Save the yolk for glazing.
Divide the puff pastry into two. You can make your own, or buy very good butter puff pastry. I used some home made butter puff pastry made by one of the stallholders at my Underground Christmas Market: Cherry Pippin who supplies chefs with her fabulous pastry.
Make two circles about 15 cm’s each in diameter.
Lay one circle on a silicone mat on a baking tray and fill with the almond cream leaving a 3 cm border around the edge. Paint the border with the egg.
Then lay the other circle on top, sealing the edges with a fork. You could then carve designs into the top, taking care not to pierce the pastry. Make a little slit in the middle to let steam escape then brush the top with the egg yolk.
Chill for half an hour or so in the fridge.
Bake in your Aga roasting oven with the plain shelf, the top of your baking oven if you have a three oven Aga or at 200C/400F until golden brown. You can serve warm or cold.

To make the crown cut a strip of gold or silver paper, enough to fit the circumference of the average head. I pleated the strip of paper and drew the shape of one of the points on a crown. I then cut out the shape. Unravel and glue the short edges either end together.
If you want to be a prince or princess for a night, however, do book for my Royal Wedding Banquet on the 29th of April. 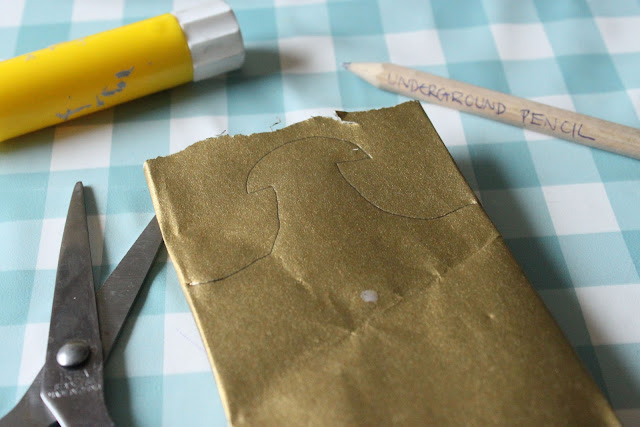 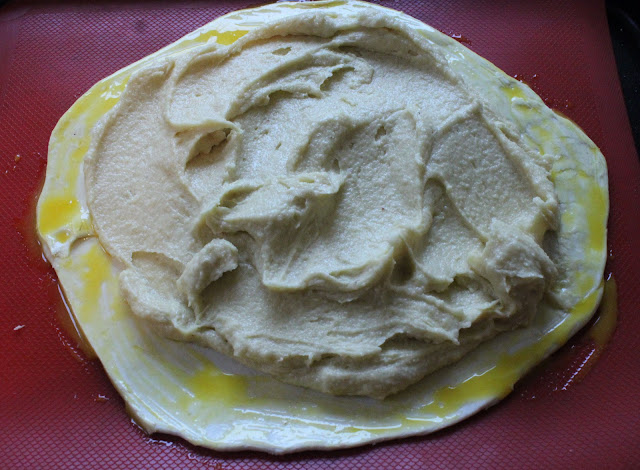 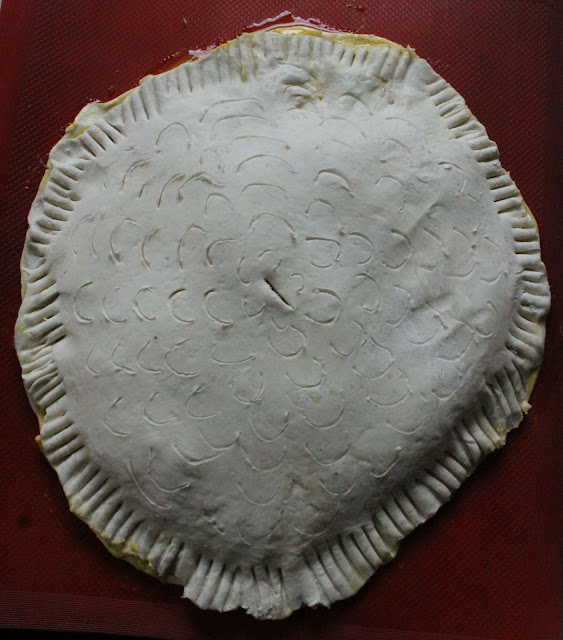 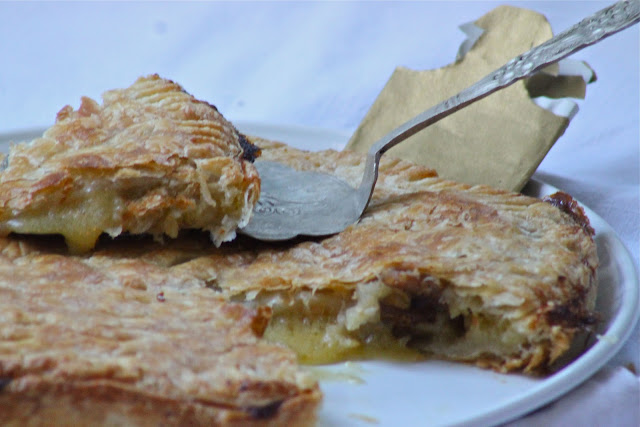 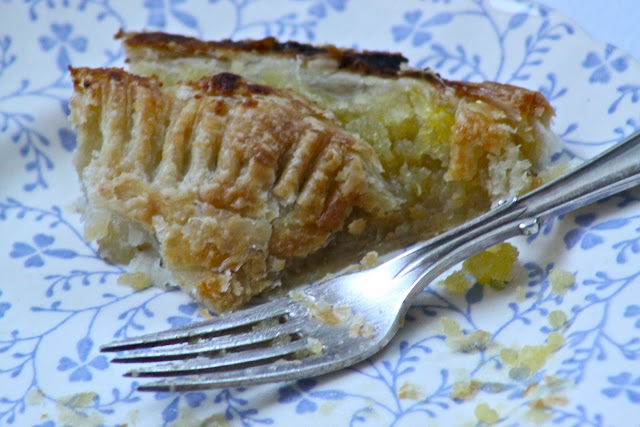