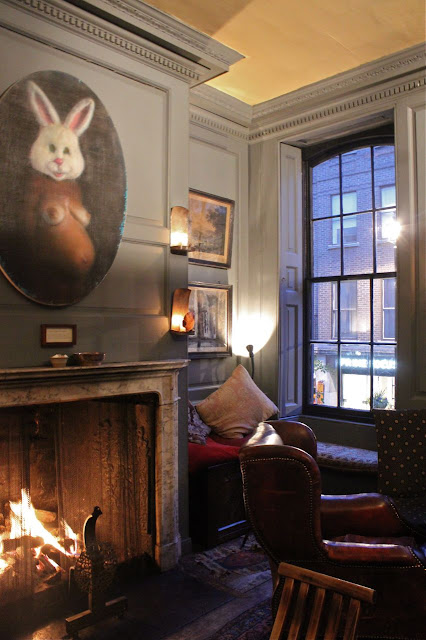 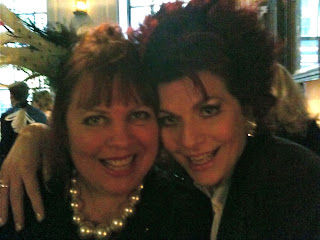 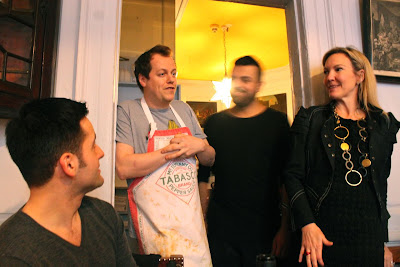 Tom Parker Bowles in Tabasco apron, with Alberto on his right and Jori White PR who I met at the Evening Standard’s 1000 most influential Londoners party.

Sunday I donned my gladrags, my custom made fascinator (courtesy of Emma Marfé) and staggered in my new aerosoles heels (sorry, not working, still uncomfortable) down to Blacks, a private club in Soho. This tall 18th century townhouse, painted in dusky Farrow and Ball colours, hosts regular Sunday suppers by renowned cooks such as Rose Prince and Tom Parker Bowles.
Blacks has the old Soho atmosphere of the Coach and Horses or The French pub, around the time that Jeffrey Bernard used to drink there. The light is pearly and dim, like a Dutch interior, each room lit up with a roaring fire, underneath which denizens of the club cackle and drink. On the uppermost floor, a four poster bed is draped with Indian rugs, for the use of member(s).
Entering via the basement staircase to the bar, the casual visitor is confronted with la crème de la crème of the food world and a sprinkling of showbiz. Within seconds I had met the flame cockerel-haired Cleo Rocos, of Kenny Everett fame. In the vampire gloom of Blacks, she sounded amazing, all husky Fenella Fielding actressy tones and looking agelessly beautiful. Is it true she started working for Kenny at the BBC at 15 years old or has she got an even better plastic surgeon than Catherine Deneuve? (Of whom Madonna once said “Whoever she’s using, I want“)
Turns out Cleo Rocos is the UK’s ‘tequila ambassador’. That’s a job I want. Tequila is probably my favourite alcoholic beverage. It’s more of a drug than a drink. Lord knows the amount of times I’ve ended up having the black whirlies from over-enthusiastic guzzling of Happy Hour Margarita jugs. Cleo may come and show off her cocktail skills at The Underground Restaurant. 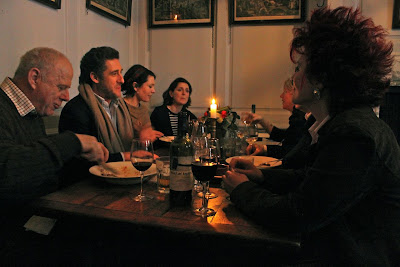 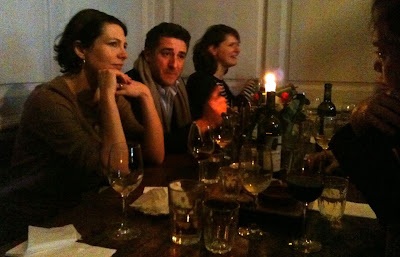 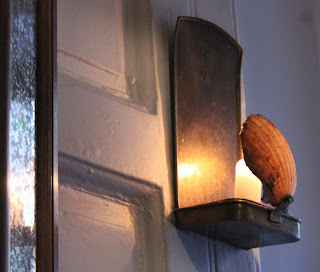 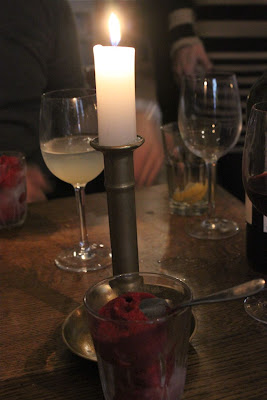 Foreground: the hibiscus and tequila sorbet. 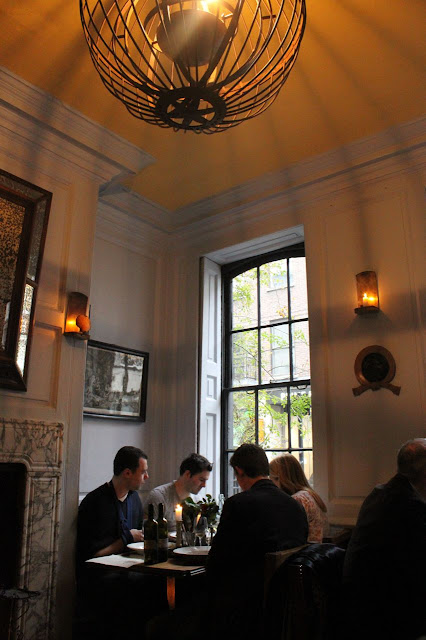 The Mexican themed lunch cooked by Tom Parker Bowles and one of Blacks’ Mexican sous chefs, Alberto, was authentic enough to attract Thomasina Miers of Wahaca and the Mexican ambassador. We started with tomatillo salsa, guacamole, a salsa asado, some fish ceviche and corn nachos. The main courses, served buffet style, was mostly meat based, stuffed and steamed tamales for instance. I had the black beans with grated cheese which was delicious. The original hibiscus and tequila sorbet had a deep colour and intense flavour.
Blacks is like a gentleman’s club for food lovers, and some of this must be due to the fact that it is owned by Guiseppe Mascoli, one of the creators of Franco Manca pizzeria. I believe it’s about £500 to join then £300 yearly fee.
Blacks Private Club