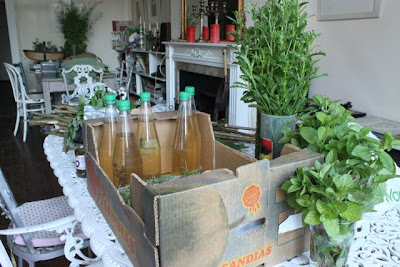 Nick Weston arrived on Thursday night with boxes of foraged food and his bramble beer. 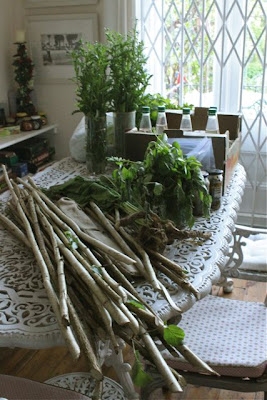 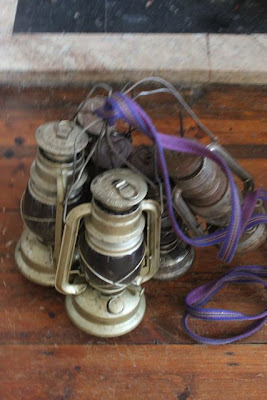 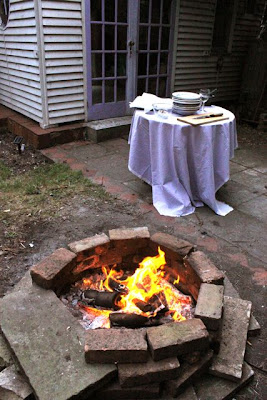 Nick stayed the night and built an amazing bonfire 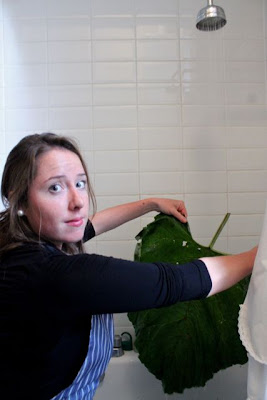 Emily O’Hare, posh sommelier at The River Café, ended up having to ‘shower’ the burdock leaves, not what she’s used to. 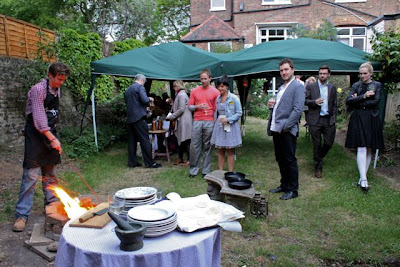 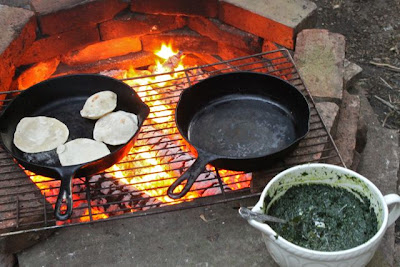 While I was making the flat breads with nettle pesto on the fire, Radio Hayes called up and interviewed me. Talk about multi-tasking! 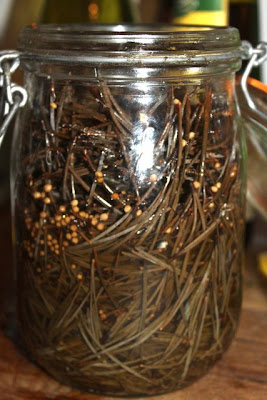 Pine needle vinegar made by Nick 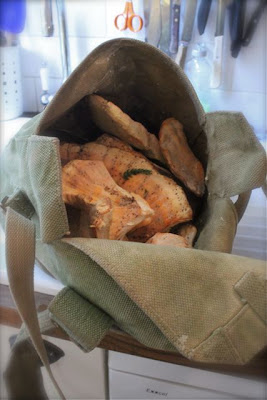 Chicken in the woods mushrooms, foraged by Nick 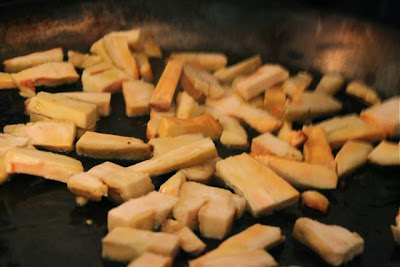 I fried them up with butter, white wine and garlic. They tasted like Quorn. 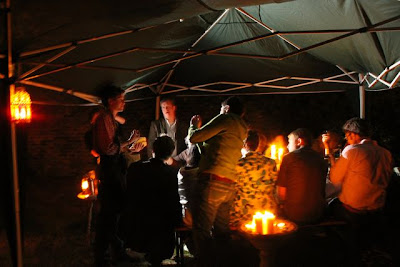 Nick gave talks to the diners in the garden. 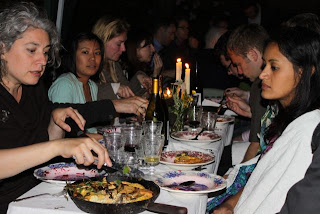 I made duck egg frittata with chicken of the woods, hop shoots and wood sorrel. 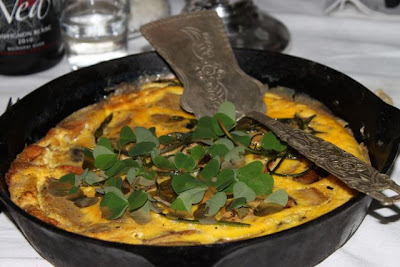 Isabelle Legeron, aka That crazy French Woman, gave diners tastes of stunning Natural Wines. What a treat! I will get the list of wines and post it up later. 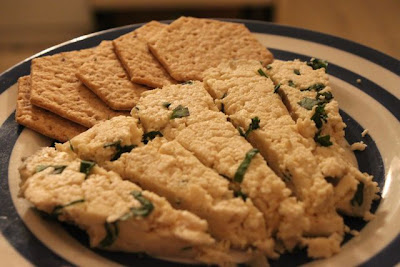 Nick made some fantastic home made cheese with wild garlic. Delicious! 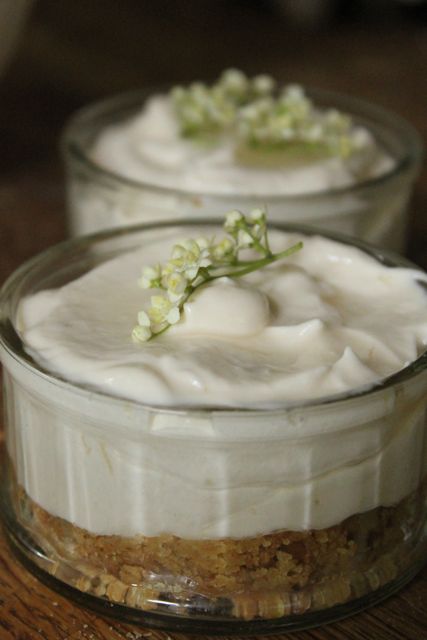 Elderflower cordial (home-made by Brie who sells it at my farmer’s market) cheesecake which I made: a total hit. The Japanese Knotweed crumble didn’t work out unfortunately, too woody, so I didn’t serve it. I needed younger shoots. 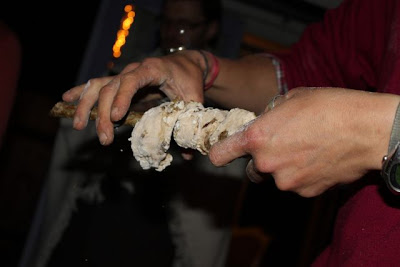 Nick got the diners involved in making sweet damper bread rolled around the hazel sticks. 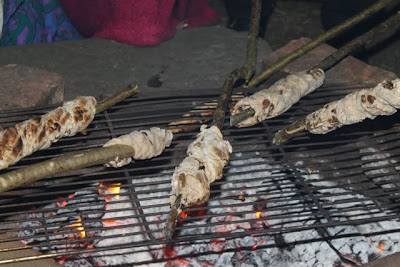 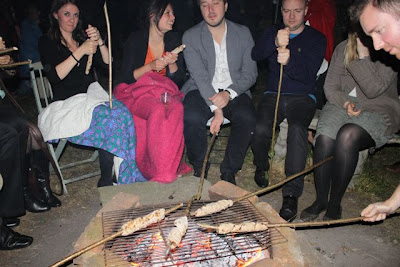 At one point the guests looked like the tribal gathering on Survivor!, the show where Nick first came to prominence. Or like something out of Lord of the Rings, sitting around the fire with sticks and blankets. One guest said “it’s like being in the cubs again”. 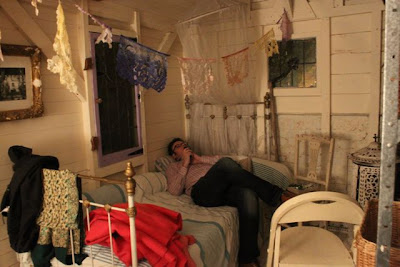 One guest was so relaxed, he fell asleep in the shed on Nick’s bed.
A fantastic magical evening. I’ll definitely do more events in the garden.
Menu:

Natural Wines
We started with a red, then moved onto white,  then sparkling then orange. That crazy French woman! 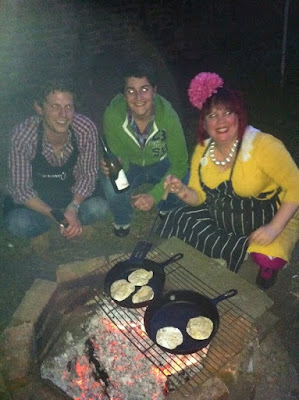 Nick, Isabelle and me. Looking devillish beside the fire.