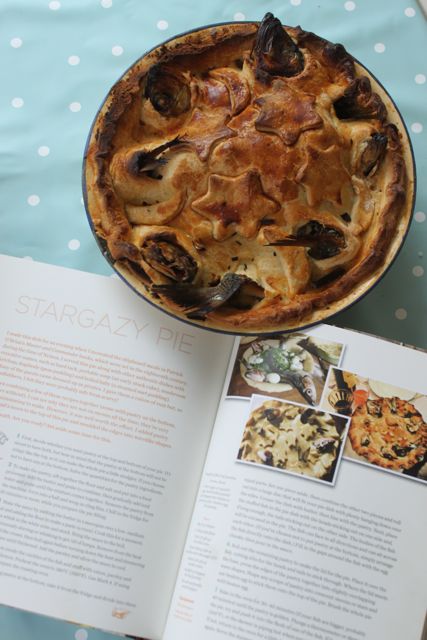 Stargazy pie, a recipe from my book 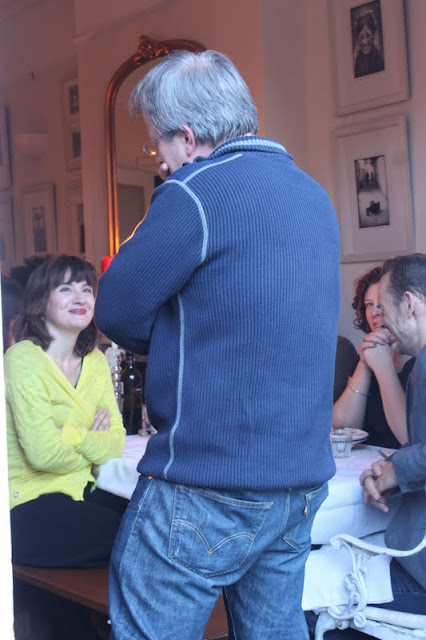 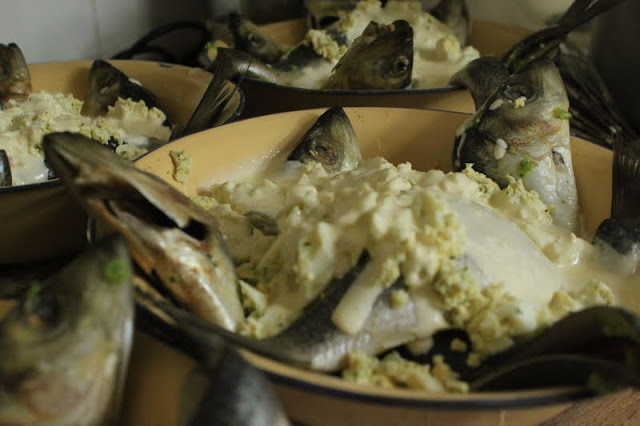 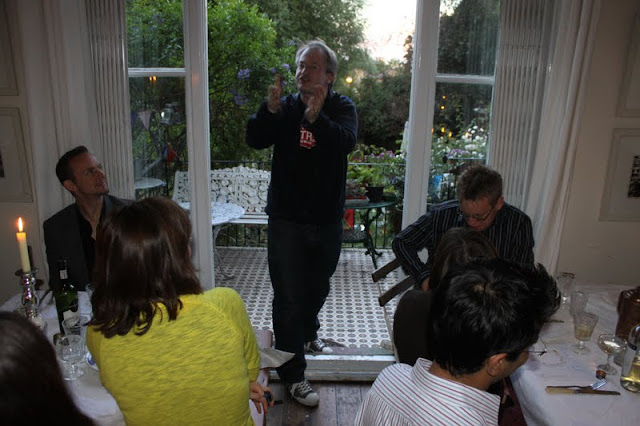 Robin Ince: comic for the scientific/sceptic circuit, a bunch of guys I like to go heckle sometimes. We bickered slightly about Ben Goldacre who he assures me is really nice really. Loved his set. He used the word fuck a couple of times. One table in the corner looked disapproving. Robin will also be at Camp Bestival.
Isy Suttie: the second time she’s come and both times a huge hit. Best known from Peep show but a fantastic stand up comic too. 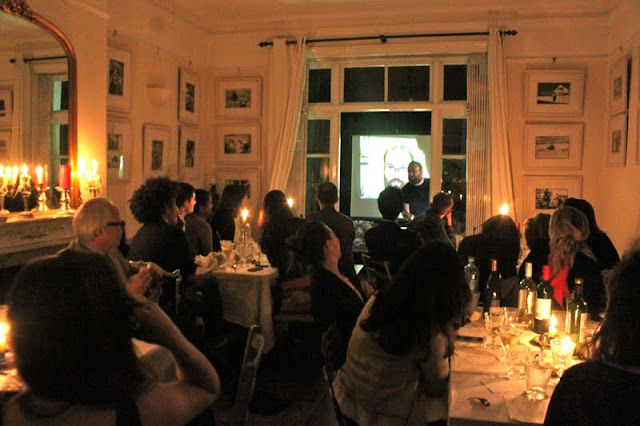 David Trent: utterly bonkers school teacher with a booming video and speakers set that he did on my balcony. At one point he laid on the floor and screamed. God knows what my neighbours thought. Brilliant.
Elis James:  Welsh comic who can also perform in English. Missed him, but heard rolls of loud laughter from the living room. 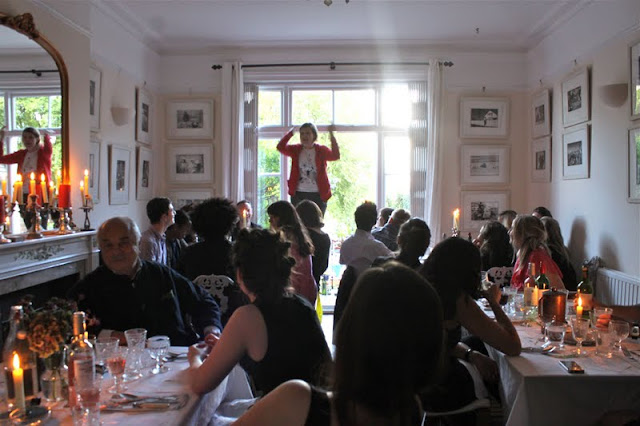 The night was compered by the irrepressible Josie Long who did an impromptu ‘play’ about the Mitford sisters with all the voices. Coincidentally I just bought a Mitford cookbook on Amazon thinking that I could perhaps do a Mitford themed night. When the book arrived, disappointingly it turned out to be recipes from an American town called Mitford. Further research has revealed that the Duchess of Devonshire, Deborah ‘Debo’ Mitford, hasn’t touched a stove since the war. Although she has in fact written a cookbook, Chatsworth cookery book, with the help of her chefs. Jessica Mitford, known as Decca, once contributed a recipe for Roast Goose to a cookbook “Roast Goose. Take a goose and roast till it’s done.”
Another gloriously sniffy sentence from the book when pondering some of the chefs at the great house: “There’s something about working in a kitchen that produces ‘characters’- like those chefs that pop up nightly on the telly. I don’t know why they have to be so unpleasant – but that is the fashion now, not something I could put up with at such close quarters “
James of The Cotswold Food Year came down to help me. He’s a cool head in the kitchen, I always enjoy cooking with him. We had a salad dressing competition: he likes to put lime in his and I will only put lime in an Asian style salad dressing.
My dressing is in my book: a good mild Dijon mustard such as Maille is essential.
Whack a load of mustard in a bowl, slowly add olive oil until you have the volume you need. Squeeze in some fresh lemon juice. Taste. Salt. Done. You can mince in some garlic if you want.
Texturally it should be amalgamated and quite thick, not as liquid as a usual British vinaigrette. It should coat the leaves of the salad rather than dribble down to the bottom of the bowl.
Menu: 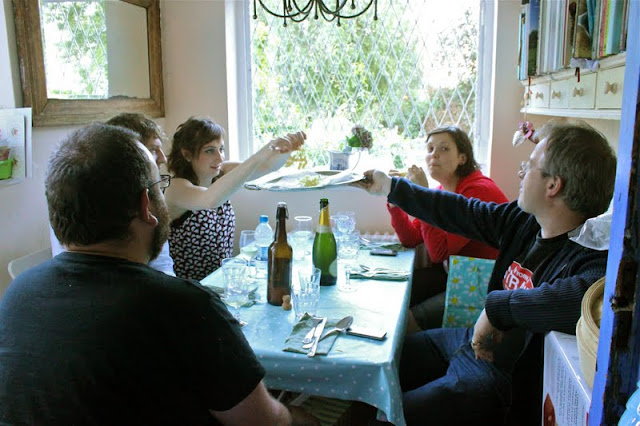 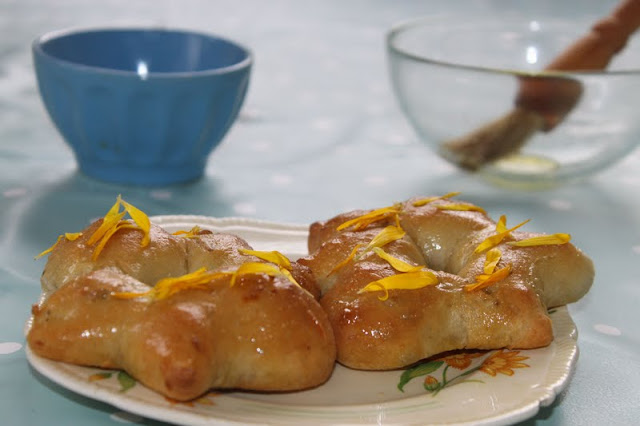 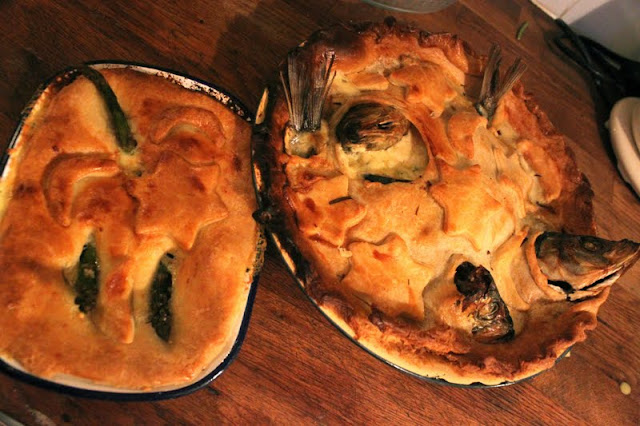 Stargazy pie from my book with herring 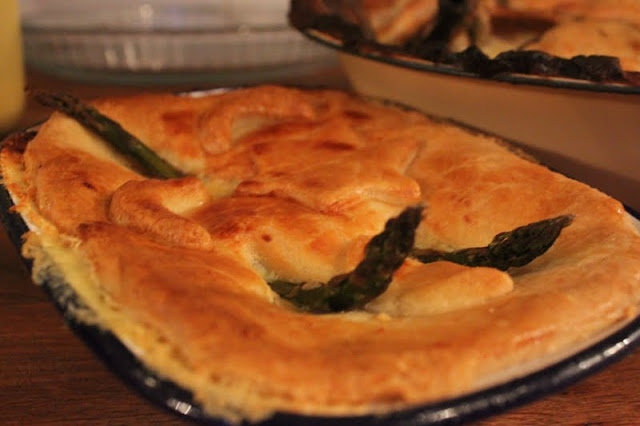