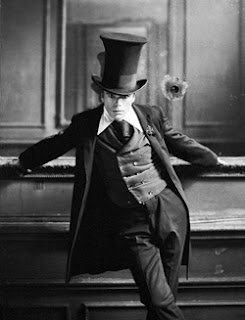 
Possibly salted taffy
and candied oranges
To drink:
Citron pressée for ladies of delicate disposition
Home-made Barley water
Ale available on the premises
as is Wine for those with deep pockets


Commodes will not be provided in the dining room on this occasion nor is vomiting acceptable.
(As always I might change my mind about some or all of this menu)
Book with moira@blacksclub.com
35 guineas for food. Drinks in addition. Or you shall be put in the creditors prison at Fleet St.
Next Sunday I’m taking over the kitchens at Blacks, a private club in Soho owned by Guiseppe Mascoli the gentleman behind Franco Manca pizza. Blacks is housed in an atmospheric 18th century townhouse which I’m using as my inspiration for the dishes. Now I’m no expert on historical cookery so I am indebted to the Georgian historian Lucy Inglis for help in devising a menu. These are my notes on our discussion, held over a cup of Earl Grey tea in the dim basement bar at Blacks club.
In 1720 the language on the streets of Soho was French. Many Huguenots, protestants who escaped the purges in France, had moved to Britain, also merchants for luxury trades and artisans.
In fact there were petitions against the French for hanging up their garlicky sausages everywhere.
Food in the 18th century: evidently poor and rich ate very differently, but a sign of poverty was eating seasonally.
A typical working class menu:
Smoked mackerel filets
Fried slip sole (little soles) in butter
Fritters: classic bachelor’s dish…they cooked them on the fire in their rooms. This is how men were taught to cook.
Potatoes not popular in London…it was more bread and flour such as Yorkshire puddings, pastries, buns and cakes.
Buns very popular: for breakfast. They were piled up on boards outside bakeries.
Salad and olive oil popular: John Evelyn’s salad dressing had olive oil. Although butter was used mostly.
There are records of haulage rate scales for porters to carry the large vats of olive oil and dried figs across London.
There was an Italian food warehouse which supplied olives and Bologna sausages.
Vermicelli noodles a popular side dish for everybody.
Vegetables more popular than one thinks: asparagus, purple sprouting broccoli and rhubarb were also grown. Greens such as chard were eaten. Although they boiled the veg, they still retained crispness.
Loads of herbs were used:
Parsley, mostly flat leaf
Watercress
Curly parsley is Victorian.
In Islington they grew strawberries and watercress.
In Fulham there were market gardens, reason for strange shape of Fulham nowadays. They also followed biodynamic gardening (as one can still see today in almanacs with moon phases).
Thyme and bacon eaten.
Oysters very popular…so cheap they were fed to Samuel Johnson’s cat.
Middle Class menu:
A light soup very chichi. (Not tomato). Celery soup.
No carrots.
Always a fish course.
In 1760 all the dishes came to the table at the same time ‘service a la francaise’ as opposed to ‘service à la Russe’ as we have today, dishes coming consecutively.
Caviar and sturgeon were found in England at the time, but we were also trading with the Baltic countries.
Sturgeon belonged to the king.
White meat: fowl
Dark meat: beef
They didn’t hang meat.
Showpiece dish would be a big bird.
Stargazy pie with a hot water crust.
Baked turbot.
Fish often served with garden peas.
Puddings:
The poor bought sweets…candied orange, little bundles tied up with raffia. Sold at Blackfriars.
Syllabub
Brandy was a French import, also used in Brandy cream
Rum very popular because of the Caribbean. (Out of a 600,000 population of london, 5 to 10,000 were black.)
Pineapple was popular from 1660s to the Victorian period; pineapples were grown in hothouses in Bermondsey. But they were expensive so poorer housewives wishing to impress would rent a pineapple for lunch as a centrepiece then return it so it could be hired out for dinner.
Custards were popular.
Icecream was popular for the middle/upper classes
People who dealt in ice and snow got it from America (1720) sent over on big ships.
At Berkley square there was an ice-cream place.
Meringues
Ratafias.
Orange and rose flower water very 17th century.
Strawberries with black pepper.
Salted caramel.
Other popular foods of the time:
Oxtail soup : very Huguenot.
Cured fish: salted herring.
Bacon
Salt beef
Salt cod
Salmon was a royal fish…farmed at Richmond.
Trout popular out of London…smoked.
Drinks:
Barley Water
Citron Pressé
Wine: 8 per cent strength, was an aspirational drink, most people drank ale and beer (only 2 per cent)
Pineapple rum.
Coffee taken in the morning on an empty stomach as a stimulant.
1802: canned food started. George IV the first king to eat it. Fortnums sold it.
Bread:
White bread less than 4%. Light wholemeal or rye.
Baker had to have a bakers mark. Bread sold by weight.
Mechanisation, aerated bread, the Chorleywood process, mid 20th century, changed things forever
Cheese finished the meal:
Parmesan.
Cheshire cheese.
Bread/ crackers.
Tableware:
Enamel plates
Delft
Cookery writers:
Hannah Glasse
Eliza Hayward (George II’s cook)

Previous Post: « For those about to rock: we sauté you!
Next Post: Masa harina tortillas from scratch »