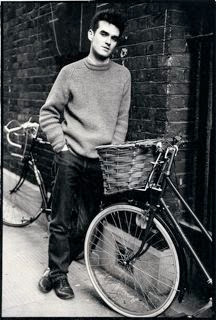 In July, I’m thrilled to be playing, I mean cooking, the gig at Camp Bestival. I have a long association with music: starting out as a teen rock photographer for the NME. In fact I was so young and ignorant about how to be a proper photographer, I just turned up one day at their office with a bunch of 10 x 8 glossy prints in a plastic carrier bag and dumped it on the desk saying ‘here is my portfolio’. But it seemed to do the trick.

Unfortunately, my first job for them was a live gig with Screwdriver. I muscled my way to the front where I befriended an NF skinhead named Hector. The minute the band came on, the entire venue rose in a mass upward pogo. By the time I hit the floor, I was covered in gob, had lost a shoe and my flashgun. I managed 5 shots before Hector pulled me up by my belt and passed me over in a humiliating ‘crowd surf’ to safety at the back. Not an auspicious start.

At the time I was also hanging about with the group Madness: the song ‘My girl’s mad at me’ was written for me. My early photographs of the ‘nutty train’ came about because my photographic studio was tiny, it was the only way I could fit all of them in.
I was obsessed with rock music from a young age, collecting Melody Maker and NME until my mum threw out the yellowing piles when I went on holiday. My only experience actually playing was beating the surdo (the largest drum) with a samba group rhythms of resistance. It was educational to be doing rather than documenting.
The rock aesthetic tends to be rail-thin with cadaverous cheekbones, not one associated with gourmandise and healthy eating. Even in my younger rock chick days, that is one area I never succeeded in. I always liked my grub too much.
However there are a whole list of rock stars who love and feel strongly about food: Alex James of Blur famously makes goat’s cheese on his farm; Alex Kapranos of Franz Ferdinand wrote a food column for The Guardian; Kelis took a year off and trained to be a chef; Roger Daltry had a trout fishery; Devo frontman, Jerry Casale is now a wine teacher; Steve Albini, Nirvana’s producer, has a food blog. And how could we forget the recipes from ‘Cooking with Coolio’? Or Elvis’ ‘Fools Gold Loaf’, an entire loaf filled with bacon, peanut butter and jelly, a delicacy for which he’d send a private jet to Denver?
Despite rock’s hard-core wild man image, what with Ozzy Osborne biting off a bat’s head on stage: many musicians fly the flag for vegetarianism and the vegan diet: Morrissey, Chrissie Hynde, Johnny Marr, Kate Nash, Ryan Jarman of The Cribs and Thom Yorke of Radiohead agree that ‘meat is murder’. Vegan Moby even runs a teahouse. And Morrissey recently demanded in Belgium, as part of his conditions for playing, that the entire festival went vegetarian for the day. (If you are the king of miz pop, then I think this is ONLY appropriate behaviour.)
The on-tour nourishment of most bands consists of Little Chef dinners, motorway caffs and fast food. Some richer groups bring in their own tour chefs: in the case of the Rolling Stones, it fell to Jo Wood, ex-wife of the errant Ronnie, to try to stuff some age-defying nutrients into the old lags. Take That have a chef to battle their persistent podginess while Madonna has a macrobiotic chef to keep her lean and mean. Other megastars insist on dressing room riders: from the sublime Stereophonics request ‘an ass shaped piñata filled with Cuban cigars and dark chocolate’ to the ridiculous infamous demand by Van Halen for a bowl of M and M’s with all the brown ones removed.
I’ve cooked at lots of festivals in the past but never ran my own operation. I hope some of you will visit The Underground Restaurant at Camp Bestival, which is basically my living room supper club on the road. Here is where to book:http://www.ticketline.co.uk/kerstin-rodgers-tickets
I’ve tried to make use, whenever possible, of the products from Dorset (and the Isle of Wight, for Bestival) in my menus, particularly some of the amazing local cheeses such as Blue Vinney, Ticklemore, Little Wallop, Stinking Bishop and Dorset Drum (Dorset restaurateur Mark Hix’s choice in Good Cheese Magazine). Fudges biscuits and Dorset Knobs, local cheese biscuits will be a toothsome addition.

To dine at The Underground Restaurant at Camp Bestival is to get a taster of the supper club trend, a back to basics food movement which attempts to combat samey high street chain restaurants by providing home-cooked fresh food. Supper clubs celebrate individualism and cooking from scratch. It also demonstrates, via the punk DIY philosophy, that you don’t need permission to form a band, start a restaurant. To paraphrase the famous punk poster: ‘Here are three chords: now start a band’: here are three ingredients, now start a restaurant.

The Underground Restaurant is also, at a festival, a chance to have a nice sit-down, be pampered and eat well, a little respite. It’s also why I have decided to put on a midnight sitting: much as we love to party at festivals after the groups have finished playing, you need to eat.

With my background, I’d like to feel I’m continuing this tradition of those involved with music whose career has morphed into the arena of food. Chefs nowadays are like rock stars; but the fans aren’t screaming, their mouths are too full!

Food has come a long way in Britain, we could even call it the new rock n roll. What do you think? Has food supplanted music as a trend? Are we more interested in eating than starting a band? Or is this only for the over 30s? 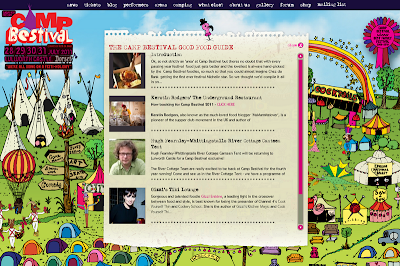