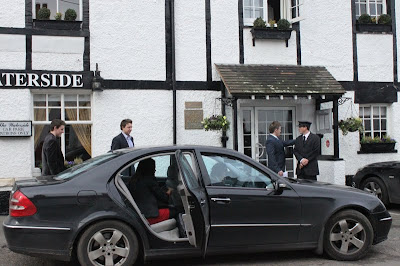 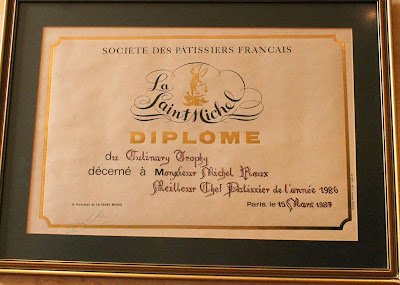 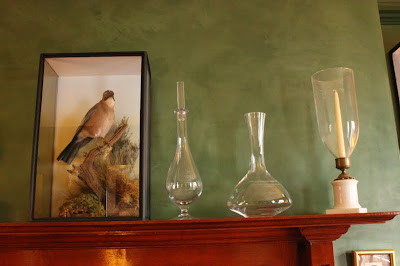 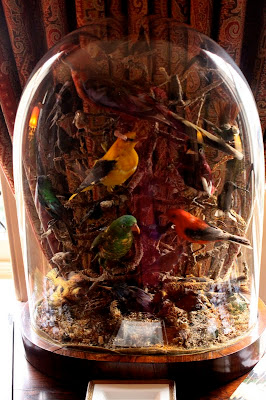 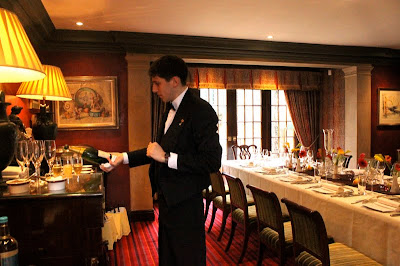 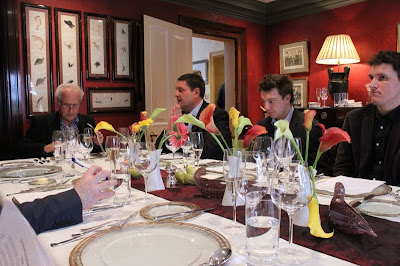 Royal Ascot’s posh bit, the royal enclosure, asked The Waterside Inn this year to provide the menu for the Panoramic Restaurant. A few bloggers and journalists, including me, came along to sit in on the ‘tasting’ lunch in the private room of the Michelin star restaurant (25 years with three stars!) presided over by chef/patron Alain Roux.
I cherish his father Michel Roux’s books: ‘Pastry’ ‘Eggs’ and ‘Sauces’; all brilliant resources for the cook with clear instructions and simple but interesting recipes. To the PR’s surprise Michel Roux even had lunch with us. I didn’t know what to say when introduced, social skills failing me utterly, other than ‘Wow’. At 70 years old, Michel Roux is a small leonine man, who despite his haute cuisine background, gives the impression of being down to earth and hard working.
The private room is like sitting in a bourgeois French family living room. The service was formal and discreet, teetering that perfect tight rope of invisible yet amiable. We also met Chef Alain Roux, who managed to be calm and hospitable despite the fact he’d been up all night with his new born son who was in hospital. The epitome of professionalism, he went to work!
People like Tim Hayward (a notorious Francophobe), Janet Street Porter, huff and puff about how French cuisine is demodé. At a recent talk at the Stoke Newington Literary Festival, where I was part of the Fire and Knives panel, I protested “all the basics come from the French. When you go to a decent French restaurant, they wipe the floor with us Brits. We are newbies”
It is old fashioned or classic, but that is also what I love about French cooking: skillfully produced, great ingredients, the bench mark. Despite their reputation for being the centre for fashion, haute couture, France is not as susceptible to it as Anglophone countries. If you want to be a dancer, you first learn classical ballet. Without the foundations, can you successfully experiment?

The dishes photographed here were not the usual Waterside Inn fare, but a special menu for Royal Ascot. We were invited to taste and judge along with some of the representatives of the events company that run the catering at Royal Ascot. I dared, at one point, to venture a criticism that the pasta dish wasn’t quite ‘al dente’. Michel Roux didn’t throw a perfectly baked bread roll at my head with a ‘zut alors, ‘ow dare you? you totale nobody’ which would have been fair enough. He’s therefore either a perfect host or intrinsically humble. It was interesting to eavesdrop Michel’s sales patter to the suits at Royal Ascot. At times I thought he sounded familiar, well, like me, as he pitched The Waterside Inn as the best restaurant for the job.
To book for the Waterside Inn experience at Royal Ascot go here. It’s about £1000 a head, which is astronomical but pretty bargainous considering you get to eat and drink 3 star Michelin food (breakfast, lunch, tea, snacks) and great wine and champagne all day. If you really wanted to treat someone to a once in a lifetime splurge, it’s worth it. Get your best hat out! 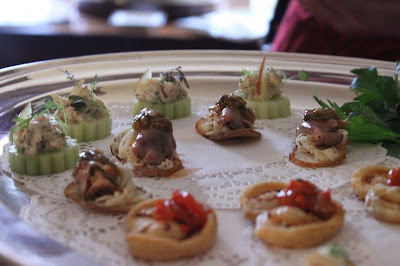 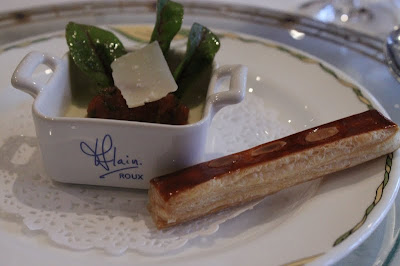 Starter of a parmesan cream 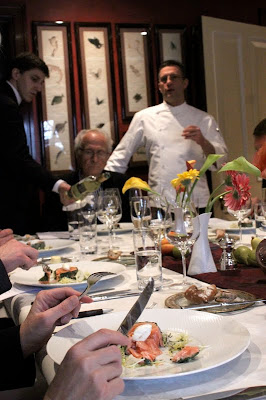 Michel and Alain at the head of the table 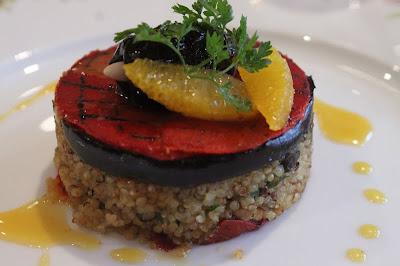 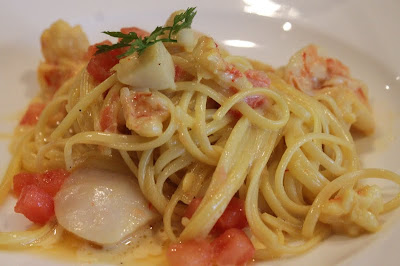 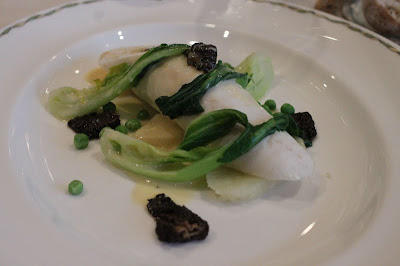 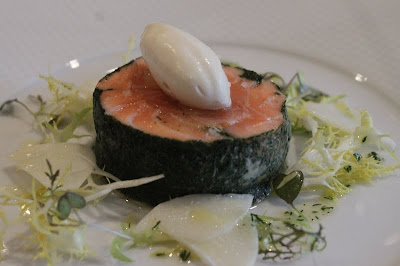 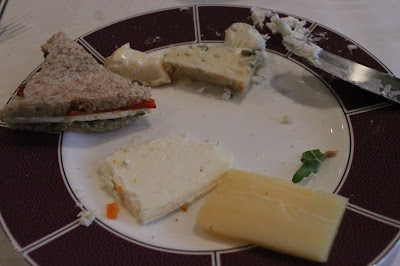 We were also asked to try the sandwiches as well as the cheese board! I obliged. 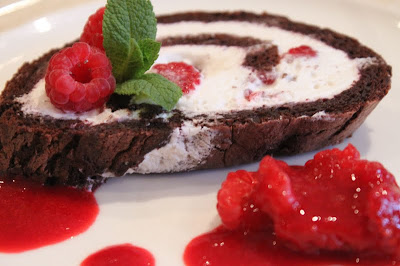 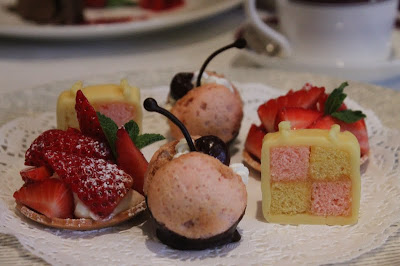 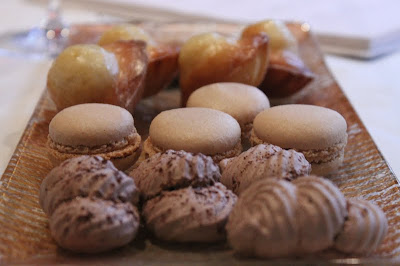 My little criticism: “a bit brown don’t you think?” You eat with your eyes for sweet things especially 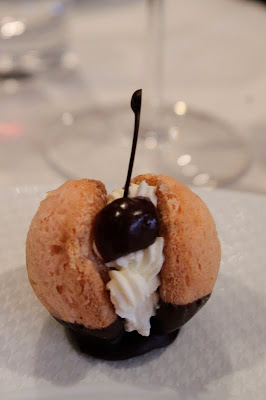 I think this beautifully concocted macaron looks like an arse, maybe Pippa Middleton’s.