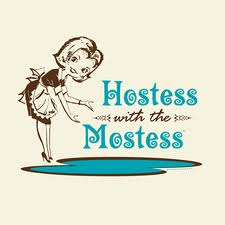 In my book Supper Club: recipes and notes from The Underground Restaurant I outline a 12 step programme of ‘how to start and run your own supper club’. But what of the guest? What rules should the supper club punter follow? Is there an etiquette? And how does it differ from the normal dinner party? Would Mrs Bourne approve?

1) Service: It’s not a normal restaurant. Don’t expect to have the same standard of service. If you need water and everybody is busy, feel free to get your own. If you drop your napkin, I suggest you pick it up yourself. Under no circumstances snap your fingers at the wait staff, they aren’t your servants, they are probably friends or related to the host. The hostess may even have given birth to them.
Keep your cutlery between courses, French style. The less washing up, the better.

2) Drink: Bring your own booze. Most supper clubs don’t have an alcohol license. This is great for you as a guest: take the opportunity to pay what you’d normally spend in a conventional restaurant on the cheapest bottle of wine on the list (£10 to £15) on a very good bottle of wine with no mark up. Soft drinks: most supper club hosts do not have a large fridge containing a selection of soft drinks complete with price list, so if you have a soft drink you particularly like, do bring it along. Supper clubs tend to offer tap water rather than mineral water, so again, bring your own if you prefer that. Some, admittedly few, supper clubs charge a corkage fee for wine to cover provision of glasses. (This may sound unfair but providing wine and water glasses for each guest and washing them up is one of the most costly and time consuming aspects of a supper club, especially when they don’t earn money for drink.)
Do bring your own drink. I’ve had occasions where people didn’t bring their own and helped themselves or expected others to share their wine with them. More often this is fine, but can sometimes lead to irritation and people hiding their bottles under the table. At the same time, do be generous, do share with your table. If it’s white wine or champagne, bring it ready chilled. The host/ess probably won’t have room in his/her fridge.

3) Timing: Turn up on time. There isn’t an army of sous chefs to whip you up a hot dinner if you arrive late. You wouldn’t turn up to a friend’s dinner very late would you? Conversely: do not arrive early. It puts the host/hostess in a difficult position. That last five minutes before showtime that you interrupted was probably their only opportunity to put on mascara, spray deodorant under their shirt to hide cooking smells, reapply lipstick.

4) Cancellations: do not cancel and if you must, do it at least 48 hours beforehand. The supper club host will already have bought the ingredients for your dinner. Unlike a conventional restaurant they cannot sell the food the next day. Profit margins are low so do be thoughtful. Do turn up. Even if you have paid in advance, this is an instance where you abide by dinner party manners rather than restaurant rules. It’s rude if you don’t. Hosts/hostesses will often delay the meal while waiting for you. It’s unfair on the other guests too, creating gaps at tables.

5) Seating: Be prepared to sit with strangers. This is one of the best things about a supper club, you get to meet other people. If you have booked a supper club for a special celebration such as a birthday, where you want to sit next to your friends, then let the host know in advance and repeat again when you enter. Put bags on chairs to reserve your places even. But be flexible, a supper club is probably held in a living room with limited tables, chairs and space.

6) Diet: Do not change your mind last minute and decide that you are a vegan, allergic to something quite basic like olive oil, or reveal that you are super allergic to nuts. Again dinners are planned, catered and prepared in advance. The host/hostess deserves notice about specialist diets.

7) Research: do read their blog/website/information given with the booking. Do not incessantly email the supper club host with lots of questions before the meal. They are unlikely to have a reservations clerk and this is time consuming and they will hate you even before they’ve met you. Do find out about them beforehand, especially if the supper club has been going for a while. Most supper clubs have a blog in which every aspect of setting up their supper club, preparing food, their personal life has been exhaustively chronicled. It’s trying being asked the same questions every single event ‘How did you start?’ ect.

8) Tipping: You tip even an awful restaurant ten percent don’t you? Why not a supper club? It makes all the hard work worth it. Alternatively a small gift is welcome, after all you are going to their home. Most supper club hosts are intensely interested in food and drink so if you make say, jam or liqueur then give a jar rather than a tip. One guest gave me a huge pack of vanilla beans, which was very much appreciated.

9) Entertainment: the 1920s booklet ‘1001 things everyone ought to know’ in the Etiquette section states “If you can sing, recite, etc, it is your duty to perform should the hostess ask you. To refuse is not in the best taste”. Hmm. Possibly. Do assess your own talent and entertainment ability honestly before embarking on a show. But on the other hand, even singing badly will give other guests something to talk about.

10) Conversation: the supper club is fantastic for networking, getting jobs, contacts and even romance but sadly there is always the risk that you end up sat next to a bore, which will ruin your supper club experience. It’s rare that bores attend supper clubs however, people are self selecting, only the adventurous and curious tend to go. The disadvantage of a supper club as opposed to a cocktail party is that it’s hard to move away from the bore. The advantage lies in that you have time to get to know other people and you are rarely in the position where, if stuck for something to say, you have to resort to the tactics advised by Dianne Darling of Effective Networking who suggests asking men “where did you get your tie?“.

11) Manners: it’s fine to start eating before others get their food. A supper club is often run by amateur cooks and you never know how long it will be before everyone is served! Eat up while it’s hot! Things are often served family style at supper clubs and you will have to do a mental calculation of the size of your portion in comparison to the amount of guests at the table. Remember, you’ve all paid. If there doesn’t seem to be enough or you particularly like the dish, feel free to ask the server or host if there are seconds. You can do this, it’s not a restaurant. You won’t be charged double. Eating family style is also great for bonding over food, sparking conversation and an education in living communally rather than the ‘what’s mine is mine’ individualism of conventional restaurants. Tip: remember to eat before you go to a Roganic/Young Turks style pop up as all the food will be microscopic and placed on the plate with a pair of tweezers as it’s invisible to the naked eye.

12) Dress: I always ask guests to dress up. There are too few occasions in modern nightlife where we get the opportunity to get out the best suit, wear that sparkly dress and heels. You can do this seriously or ironically, the choice is yours. I also have many dinners where guests can come in costume. Again this contributes to the festive and humorous atmosphere (think dementor cloaks at Harry Potter, purple/ermine/medals at the Royal Wedding Banquet, and monobrows/ethnic clothing/neckbraces at the forthcoming Frida Kahlo night). Other supper club hosts may be more casual: all those supper clubs in the East End probably require that you wear classic Shoreditch Twat attire.

13) Helping out: few supper club hosts want help before and during a dinner. Too many people in the kitchen is stressful. But most supper club hosts would love a hand at the end, taking glasses/plates/cutlery  out to the sink area for instance. Some guests have even helped me wash up. I love them. It means clearing the wreckage the day after isn’t quite so hellish. It means I might even treat myself to a drink or two at the end of an evening. But again, ask, because each host has their own style.

14) Privacy: some hosts have no problem with you wandering around their home, rifling through their drawers, Come Dine With Me style. I’ve even had guests asking if they could try on my clothes. But do be respectful of the fact that you are in their private space. Don’t make loud critical comments on their decor, children, cleanliness. Save that for the taxi home.

15) Complaints: very difficult territory here. You are that weird hybrid of ‘paying’ ‘guest’. If you have a serious complaint, mention it to the server and or drop an email the next day. Most host/esses will be mortified and offer a refund and an apology. If you fancy yourself as a blogger or reviewer, don’t be smarmy on the night and then slag the supper club off in print the next day. You are not AA Gill, you are just being rude to a private individual who is doing their best to be hospitable.

Previous Post: « The Underground Restaurant at Bestival on sale now !
Next Post: Arancini: a solution for leftover risotto »