Once dinosaurs roamed the Isle of Wight, the largest island off our island. Now every year travellers in outrageous outfits throng the island on the second week of September, making their way to the Telly Tubby landscape of Bestival.
The season is no longer confined to Wimbledon, Henley Regatta and the Chelsea Flower Show; now the British summer has a festival every weekend. Come summer solstice, people everywhere ram full a backpack pot pourri of glittery clothes, fairy wings, rain ponchos, pop up tents, shorts, thermals and Hunter wellies and set about three months of sporadic camping, listening to music, while crossing fingers about the weather forecast. It’s uniquely British that in such a difficult climate that we are absolutely determined to celebrate the combination of music, culture and the outdoors. 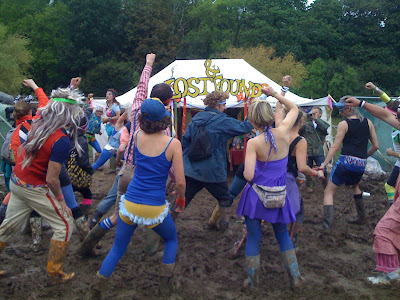 One of the best festivals is Bestival which last year won the Best Major Festival award. Apart from one terrible September  (2008 ‘the year that shall not be named’ in Bestival circles), the weather on the diamond shaped Isle of Wight (a microcosm of England)  is temperate and sunny.
The Underground Restaurant supper club is going to be there hosting an intimate three course menu inspired by Isle of Wight producers such as thetomatostall.com, local farmer Ben Brown, fisherman Mike Curtis of Bembridge Fish and others.

Tickets can be bought here: http://www.ticketline.co.uk/kerstin-rodgers-at-bestival-tickets £29.70p with booking fee.

Apart from this year’s Bestival theme of Divas, rock stars and pop stars, we also encourage you to dress at pirates, smugglers, sailors for our pirate restaurant. C’mon, go for it! A festival is the one opportunity where literally anything goes!

Don’t miss out. Book early! You’ll get to meet me and my dastardly crew! I’ll be selling my book too…. 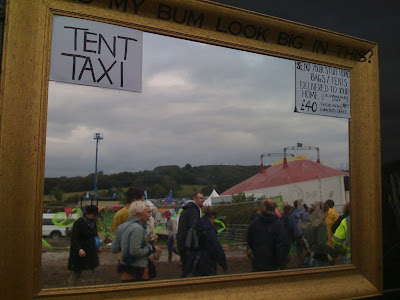