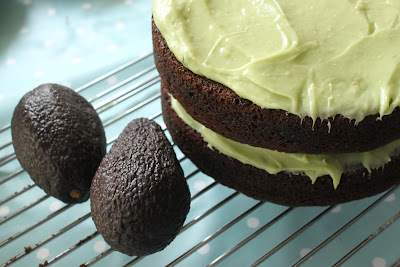 Avocado is a very large berry, creamy and nutritious. It’s also a colour, associated with bathroom suites of the 1970s. It comes from a tree and the Spanish name ‘aguacate’ is a bastardisation of the Aztec word for ‘testicles’; the pendulous fruit grows in pairs. 1970s mums everywhere would attempt to grow a tree from the bulb. Kitchen sink window sills customarily had an avocado pit wallowing half submerged in a glass of water in the vain hope that it would sprout leaves.
I loved avocado so much as a child I used to save up my pocket money to buy one just for me. They were considered expensive, we were only allowed a half as a dinner treat.
The most expensive starter in a restaurant was avocado with prawn cocktail. Second on the list of ‘hors d’oeuvres’ would be avocado vinaigrette where the pit was filled with an non-amalgamated dressing of oil, red wine vinegar and salt.
In Peru, where the avocado is known as ‘palta’, I survived for three months on ‘palta rellena’, ceviche and baked potatoes, the latter kept warm in the hammock sway of skirts of seated street sellers and offered up, cradled in hands. I avoided the other speciality, giant guinea pig, served roasted and splayed and given a blanket of peanut sauce.
Avocado is manna for vegans, it can be used as a replacement for butter. I like nothing better than buttery toast however, thickly smudged with briskly forked avocado. Another favourite: a demi avocado with Ponzu sauce and Wasabi puddled shinily in nature’s own inkwell.
On the 27th of October, to celebrate avocado week, I’m hosting an avocado themed supper for the Chilean Haas avocado. The Haas or Hass avocado is distinguished by a black knobbly flesh rather than the easy peel green skin of the main rival, the Fuerte. The catering industry often prefer the smooth skinned Fuerte for aesthetic reasons, it is larger and they can cut it into a fan shape easily. But the Hass has a denser more flavoursome interior that lasts longer and ripens better. To South American explorers it was known as the alligator fruit.
We regard it mostly as a salad ingredient but in Brazil, Indonesia and parts of Asia, it is combined with sugar or chocolate syrup to make a dessert or smoothie. The first time I had this in Brazil I was pleasantly surprised. I’ve also read that you can add the blended avocado pit to a smoothie; a certain holistic sect of raw foodists swear by it. They believe in eating every part of a plant, for instance with lemon, they also eat the pips and the skin,  a kind of extreme veggie version of the nose to tail eating of meat. Victoria Boutenko advises that half a pit in a green smoothie lowers cholesterol and offers raw fibre in the diet, while some experts claim the avocado stone is toxic.
I gathered an enormous amount of avocado pits or stones during the testing of recipes for this dinner. I tried to sprout them but only a couple of have grown roots.
Author Connie Barlow believes that the avocado fruit dispersed and evolved during the Pleistocene era of large fauna, where animals such as the giant ground sloth would swallow the fruit whole and excrete the pit, enabling it to sprout. I rather like the idea that an avocado is the food of dinosaurs.

Here are two unusual recipes for avocado: crema de aguacate, a cold avocado soup, and chocolate cake with avocado butter icing. They were thoroughly tested on a couple of friends of mine, who could be described without exaggeration as stoners. They loved everything. 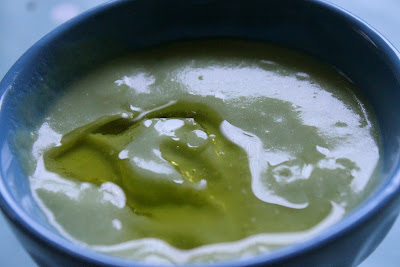 Crema de Aguacate
2 ripe avocados
500ml of full fat milk
Juice of 2 limes
A pinch of nutmeg
Salt
Pepper
A drizzle of Chilean avocado oil
Mix all the ingredients together, using a food processor if you have one, adjusting the lime and seasoning to your taste. Garnish with Chilean avocado oil, subtle and nutty.
Avocado chocolate Cake recipe from Joy The Baker 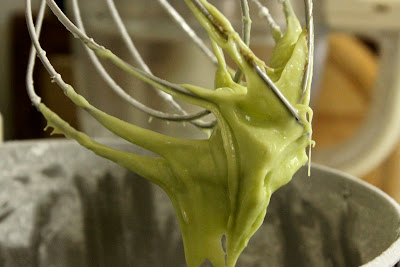 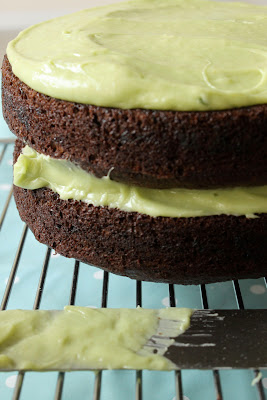