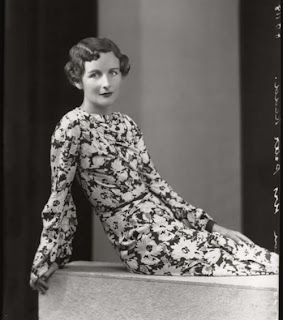 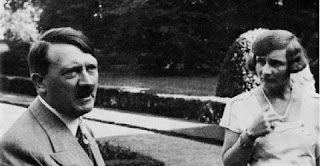 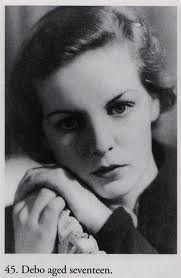 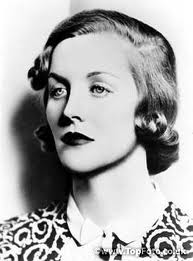 “I haven’t cooked since the war” is the Duchess of Devonshire’s wonderfully acerbic opening sentence in her cookbook ‘The Chatsworth Cookery Book’. (This is the kind of statement you can imagine being pronounced airily by Maggie Smith in ‘Downton Abbey’.)
This doesn’t mean however that food is not important to her, Chatsworth has a restaurant and a farm shop. Of course her chefs do know how to cook and it’s with their help that she has compiled the recipes or ‘receipts’ within, often from family favourites.

The Duchess of Devonshire is ‘Debo’, one of the Mitford Sisters caricatured as ”Diana the Fascist, Jessica the Communist, Unity the Hitler-lover; Nancy the Novelist; Deborah the Duchess and Pamela the unobtrusive poultry connoisseur”. Deborah is the last one alive. The model Stella Tenant is her granddaughter. The Mitford sisters were all home schooled, probably why they turned out so creative and individual.
This is my menu for Friday night:
Lettuce and pea soup
Smoked haddock à la creme
Jerusalem artichokes au gratin (v)
Slow baked tomatoes and roast potatoes
Cheeses with cheese ice and water biscuits
Sticky toffee pudding with butterscotch sauce
It’s not a light meal, it’s good British country cooking. All of the recipes are taken from Debo’s book except for the Jerusalem artichokes gratin.
Nancy’s partner (not her husband, her lover, naturellement) with whom she lived in Paris was a huge fan of traditional British puddings and there was some frustration that authentic versions could not be created by their French chef. Nancy herself literally, actually having tried, could not boil an egg.
Pamela was an excellent cook, ‘the queen of soup’ and knew her cuts of meat. Diana was a great housekeeper and appreciator of fine cooking. Unity “lived on mashed potatoes laced with butter, cream and milk”. Jessica or ‘Decca’ moved to California where she cooked occasionally. When asked for a recipe for her children’s school she wrote: ‘Roast goose. Take a goose and roast it till done’.
Debo’s favourite cookbooks are ‘A book of Scents and Dishes’ 1925 and ‘A medley of Recipes’ 1936 by her cousin Dorothy Alhusen. It is no doubt commonplace for aristocrats to be so well connected that your books are written not only by people you know, but by relatives.
The Mitfords are definitely ‘divas’ in the broad sense that I have defined for my dinners celebrating strong women. They have a huge fan base even including the fuckyeah genre of Tumblr blogs. Following or creating ‘Fuckyeah’ blogs means you are really a big fan. I know Josie Long is fascinated by the Mitfords and am looking forward to her sketches in which she plays all of the sisters, plus ‘farve’ and ‘muv’ (Mitford Seniors) probably simultaneously.