It’s been a helluva year and here are a few of the highlights. Amazing when I look back and see how busy I’ve been, and, *sounds own trumpet* how many ideas and concepts I’ve come up with! I don’t often pat myself on the back (beating self up is more my style) but going through it all I gotta say, hey girl, you did good.

First of all my book Supper Club; recipes and notes from the underground restaurant came out.

I got lots of publicity, print, radio and TV. Great fun… 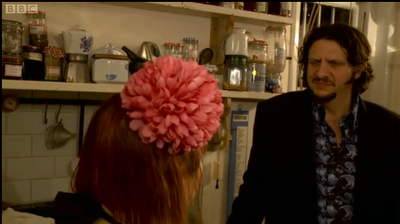 The One Show with Jay Rayner. (I asked him how he kept his hair so nice and glossy. He replied “I just rub a little conditioner in while I’m drying”. Top hair tip from Jay!) 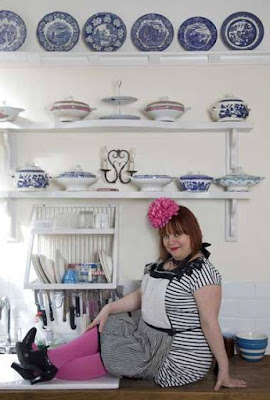 Independent on Sunday
Woman’s Hour (twice): the first time talking about supper clubs, the second with Lynn Hill chatting about the Clandestine Cake Club.
I was also on the Vanessa Show 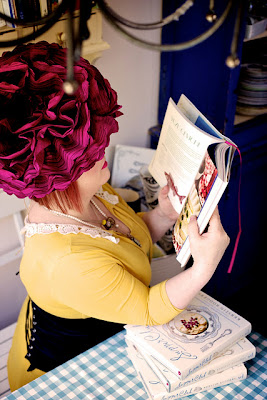 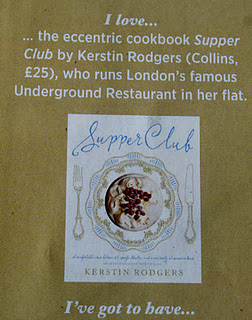 Sainsbury’s Magazine
It was in several end of year Top Ten lists: The Guardian, The Telegraph, The Sunday Times, The Independent for which I was very grateful.

I continued to do dinners, teas, brunches and lunches with increasingly conceptual themes: 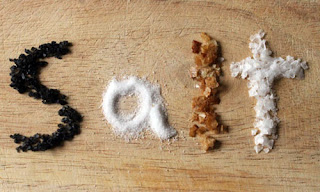 I also wrote an article about Salt for The Guardian. 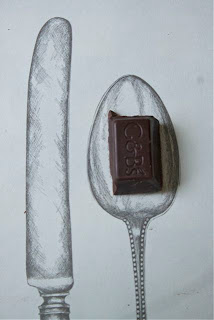 Front Room Flicks: Eat Pray Love: dishes from the book and a big screen showing the film.
Chocolate meal with Trish Deseine: a creative chocolate menu
Spaghetti dinners: cheaper meals incorporating my fave dinner.
Jar meal (featured in the Evening Standard)
Wild food with Natural wine: held outside next to the bonfire. I met Isabelle Legeron who is an ambassador for Natural Wine, I already had a planned event with Nick Weston, a forager and hunter so it made sense to combine the two. I’m a great believer in all things natural. I’ve even started to grow my underarm hair for winter.

Avocado night: an opportunity to go crazy with avocados….
Diva dinners series: Hollywood glamour at Judy/Liza; Jewish food at Barbra Streisand night; Frida Kahlo night, a Piaf lunch and the upcoming Margaret Thatcher tea, Dolly Parton night (sold out) and Stevie Nicks night.
Josie Long and I continued with the comedy club with themes such as the Mitford Sisters.


I also did a few Pop ups:
Just to clarify, generally I run a ‘home restaurant’ not a pop up. But I did a few pop ups too.

Maille mustard at Spitalfields. One of my favourite products, it was fabulous to take an great ingredient and run wild with it in a menu.

Fire and Knives; a food conference run by Tim Hayward, editor of Fire and Knives magazine.
I set up a lunch at the back of the hall, with an elaborate menu, vintage china and glassware for 80 people.

A Georgian era themed lunch at Blacks club in Soho, a former residence of a certain Mr Fortnum.
I love this private club in a Georgian house. I spent weeks researching 18th century food for this menu.

Festival:
This was a monster of a task, catering for 500 at each festival, starting a pop up restaurant from scratch in a field. There were a few glitches: I had to ‘let go’ my entire front of house staff at Camp Bestival for, how to put it ? ‘over partying whilst on duty’ which was upsetting. I got a new team at Bestival and things ran very smoothly with happy customers and creative dining fused with theatricality.

Food Raves/ Night Market:
I started the first Underground Night Market in May this year. It was a tremendous success and highlighted the need for alternative food events for younger people. Most farmer’s markets are during the day at the weekend which attract only a certain demographic. My night markets have live music, cooking demonstrations, the Dragons Den and plenty of hot and cold food stalls.
Expect to see more from me in 2012.

The Underground University: food and craft conferences. I love learning and here I combined eating with talks and workshops.

How to set up a supper club conference

I’ve always travelled and supper clubbing around the world is the perfect vehicle.
This year I’ve made trips to:

South Africa to visit grapefruit farmers and a shebeen in Soweto.

Ireland to see Ballymaloe cookery school and Outstanding in the Field.
And around the UK:
Scotland to stay with My home supper club and visit others in the area.
Warwickshire to visit Squisito supper club.

In 2011 I set up The Underground Restaurant as a YouTube channel and made videos with Lovefood.com such as How to cook on salt blocks

Above all I’m still cooking from scratch, DIY punk style. It’s this that drives me, as well as pioneering new ways of doing business. My most popular DIY post remains How to make your own marmite

Hope you all enjoyed these blog posts. I have plenty of ideas bubbling away for 2012 and more books in the pipeline.