I’m always in the kitchen at parties. I’m always in the kitchen at home too and not just because I’m a cook. The heart of a home, the kitchen is the warmest room of the house, to the point that builders often don’t install a radiator. The internal gravity of a house pulls you towards the kitchen: where you hang out with your mother after a day at school, where you unwind and offload after work. It’s a refuge identified with nurturing and sustenance where we learn to cook not by lessons but by lurking next to the stove, absorbing it all despite ourselves. It’s also the quiet space at the party, where you might actually manage a conversation. Many of my most productive ‘business meetings’ are held cradling cups of tea on the stools next to my Aga, just as people are drawn to a campfire. Professional kitchens are grey sterile places; a landscape of stainless steel, wipe down, hose down surfaces. Some domestic kitchens ape this.
Whenever I visit a stately home or a castle, I give a passing glance to the four poster beds, the wall tapestries, the panelling, the gilded furniture: I’m most interested in ‘downstairs’, marvelling at sculleries, the lack of fridges, of range cookers that require fuel, at stacks of extravagant serving dishes. TV sitcoms primarily trolley between the living room and the kitchen with perhaps an end of show scene in the parent’s bedroom. One of the charms of The Good Life was the amount of time Tom and Barbra spent in their suburban farmhouse kitchen, surrounded by yellow 70s pine. This is part of the appeal of American shows like Everybody loves Raymond and Roseanne. What’s your favourite kitchen? Do you like sleek modernity, the mess hidden behind cupboards? Or do you prefer a country style kitchen? Here are some of my favourites which influenced the style of my kitchen:

I love her fridge full of cheese. I love the rounded 1950s styling. I love the surrendered wife note. 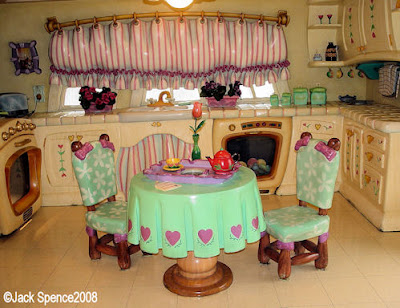 This isn’t a toy it’s lifesize 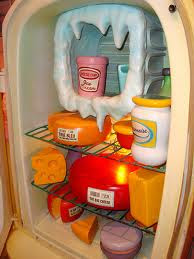 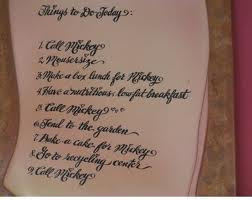 Minnie is environmentally aware and health conscious but a rather co-dependent wife! 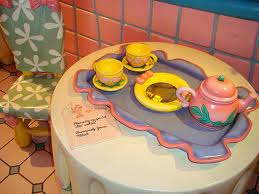 Ma Larkin’s kitchen:
Ma Larkin of The Darling Buds of May had a classic 1950s post war kitchen. Perfick! 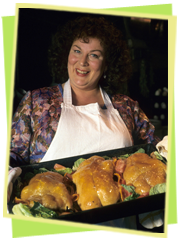 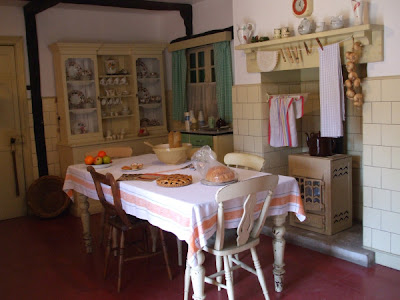 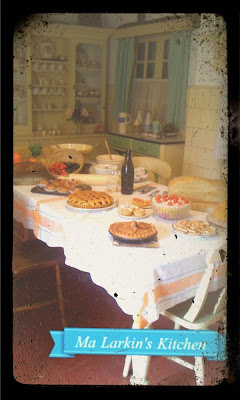 Monet: not a bad artist and bloody good kitchen designer. 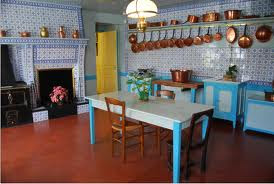 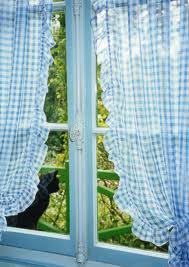 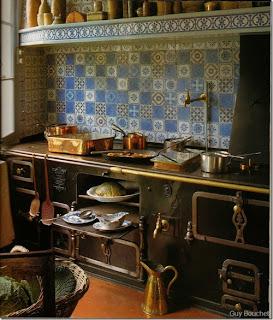 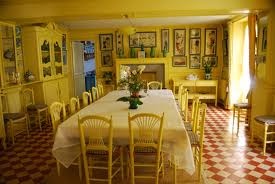 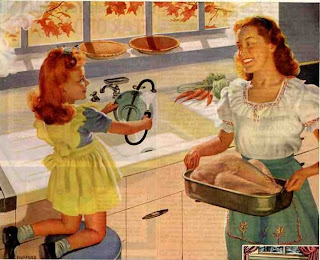 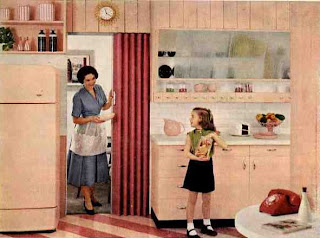 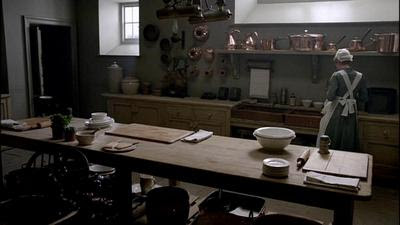 The series wasn’t actually filmed at Highclere Castle (must go visit) where the programme is set as the kitchen is too 20th century. It was rebuilt at Ealing Studios.
Sophie Dahl’s kitchen: 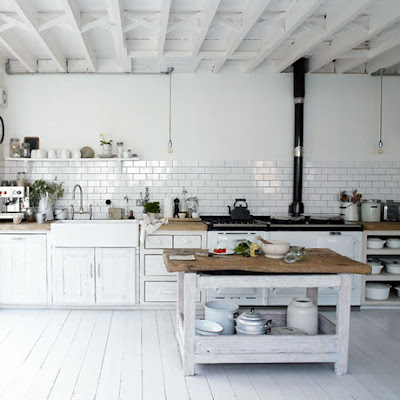 This caused controversy as it turned out it wasn’t actually her kitchen but belonged to a photographer, Paul Massey. People at Harper Collins told me her real kitchen was very similar in style. Go on Soph, show us!
Elvis’ kitchen: typically dark and 1970s. Fitted kitchens with formica tops. Mock tudor cabinets. The 20s Tiffany lamps which were again fashionable in the 70s. The dark patterned fitted carpet (carpet? in a kitchen?) like a Camden Town pub. I remember when my parents got fitted carpet. It was a big deal. We couldn’t believe that it went right to the sides, covered all the floor and was stapled down permanently. Horrible. 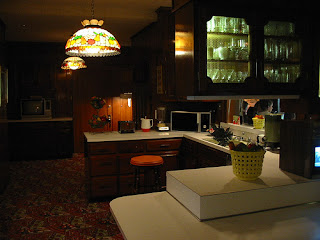 and of course my kitchen! 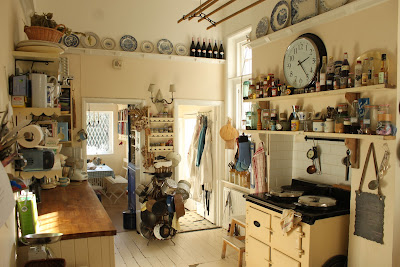