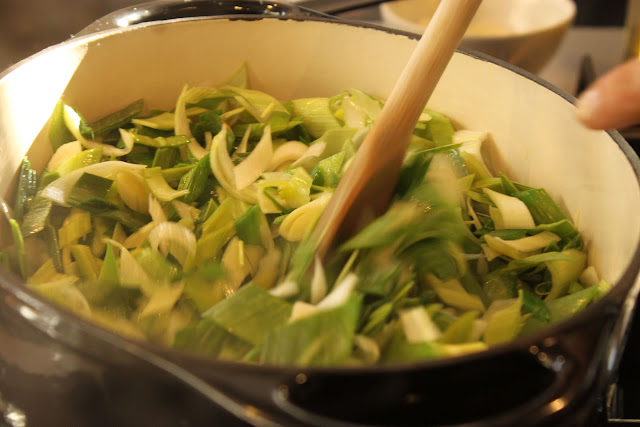 The leek is a symbol of Wales and St. David (March 1st). The daffodil, another typical emblem representing Wales, is sometimes known as ‘Peter’s leek’ although, as far as I know, you can’t cook with daffodils.
The Secret Garden Supper Club loves cooking with leeks, we even made our own day of it: All about Alliums, of which the leek is one of the stars. I use leeks in stir fries, soups and in ‘poireaux vinaigrette’, a French recipe where warmbraised leeks are drizzled with a Dijon mustard vinaigrette.

How to prepare leeks: 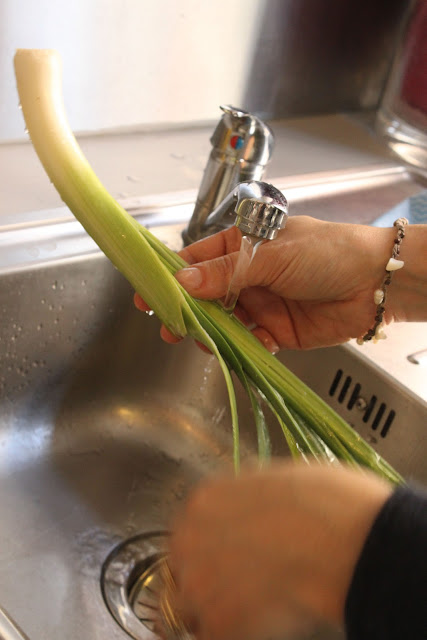