On May Day I was asked to create an organic banquet to be held after a debate about organic food at Toynbee Hall in East London. Named after Arnold Toynbee (the political writer Polly Toynbee is a descendant), an economic historian who coined the term ‘industrial revolution’, Toynbee Hall was originally a place where scholars who were interested in improving the lives of the working classes could reside. Samuel and Henrietta Barnett (she also started her eponymous school in North London and Hampstead Garden suburb) founded it in the poor East End of London, as a place to attract educated people, to encourage the different social classes to mix. Social inclusion continues to be promoted. The Citizens Advice Bureau and one of my favourite organisations, Child Poverty Action* were started at Toynbee Hall.

Therefore Toynbee Hall was an interesting and relevant pick of location to host this debate because organic food is often viewed as something poncy for posh families to waste their money on. Unless you grow your own, organically grown or reared food appears to be almost the opposite of socially inclusive. The recession has hit ‘luxuries’ and organic food has been pushed out of the family budget: sales of organic food have fallen over the last three years.
I couldn’t attend the debate, hosted by John Craven, given that I was cooking. The ‘againsts’ were performed by Oliver Thring and James Ramsden, (although how can anybody be against organics?) while the ‘fors’ were represented by Speech Debelle and Craig Sams of Green and Blacks organic chocolate amongst others.

I try to use organic food whenever I can. For home use, I get a weekly box from Riverford Organics which makes it more economic. How can we afford to eat organically? Actually the question is how can we afford not to? If you spend a large percentage of your income on what you eat, this might be one of the choices you make. The British spend less of their income on food than the Europeans (France spends double what we do). But our children are going blind, getting fat, losing their teeth, getting ADHD and leukaemia from pesticides, because they are eating and drinking crap. We need to get out of the house, get off the damn computer, the magic box of light and tricks, and do some exercise, get some daylight. Ultimately, though, the most important thing is to make sure we eat the boring old ‘5 a day’, organic or not.
http://www.organicukfood.com 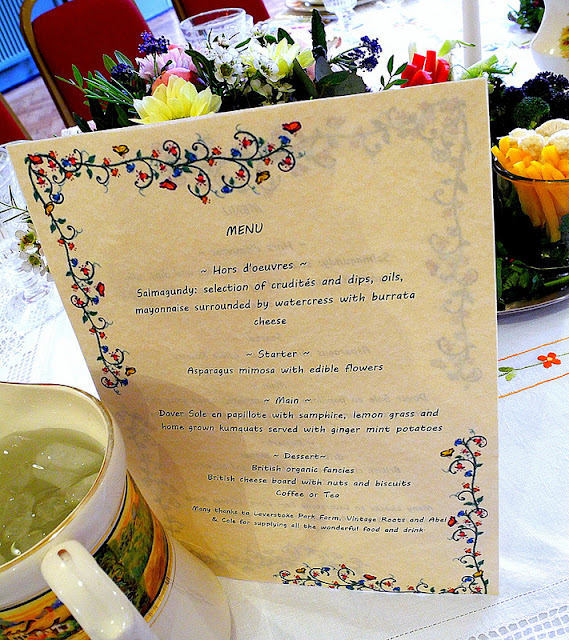 *Child Poverty Action write the manuals on the rules for welfare and tax credits claimants, what you are entitled to or not, which can be ordered here, only £10 for people on benefits.