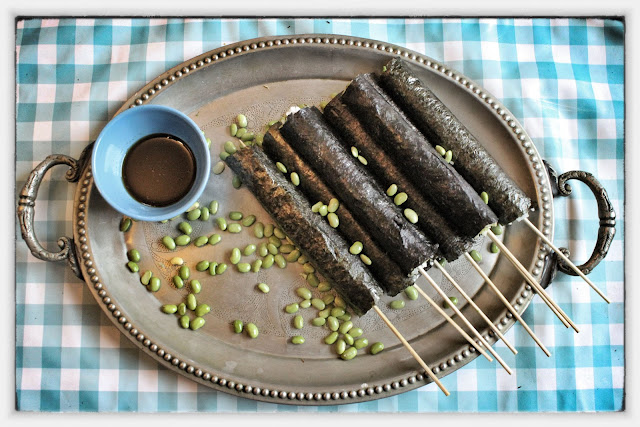 Sushi on a stick with edamame peas!

My influence for this meal came from American food blogger Matt Armendariz’ book ‘On a Stick’.  It has pages of inspiring recipes, all of them, naturally, threaded onto the end of something pointy. The first celebrity chef, Antoine Careme, one of 25 children borne to impoverished parents during the French revolution, had a predilection for using ornamental skewers or ‘hatelets’ often made out of metal with a lyre or a wreath at the end. (I am collecting these myself).
I spent a small fortune on different sticks for this meal, many of them from my new favourite shop ‘Hobby Craft’ (seriously, I could spend hours in there). Others, rather more chic, came from skewer specialists ‘Spikomat’.
There is something of the fairground about eating off a stick, it’s a childish pleasure, so I included saffron flavoured candy floss in the menu. Another dish, the corn dog, influenced by State fairs in the United States, I have never even tasted before, nor had most of my guests. Even with vegetarian hot dogs, it was a tasty surprise.
My only bug bear was that many of the recipes in Matt’s book simply didn’t work. It’s a problem when the author is primarily a stylist and photographer, in that he/she thinks visually and not whether it is easy to follow the recipes. I struggled to make the savoury ‘dango’ tofu balls as Matt did not specify whether the rice flour should be glutinous or not. I was dubious whether to serve these rather heavy tasteless balls, but the umami heavy ponzu sauce transformed them into one of the favourite dishes of the night.
The spaghetti on a stick was impossible. Once I had conquered the problem of vegetarian meatballs made from Quorn refusing to turn into a ball (I used Xanthan gum), the spaghetti/meatball concoction, despite ‘chilling’ for over 12 hours, would not coagulate into the sliceable squares promised by Matt. We resorted, a brilliant idea by helper @sarahserves, to dipping the spaghetti in tempura batter to make it stick together …on a stick.

Guests were not given cutlery. 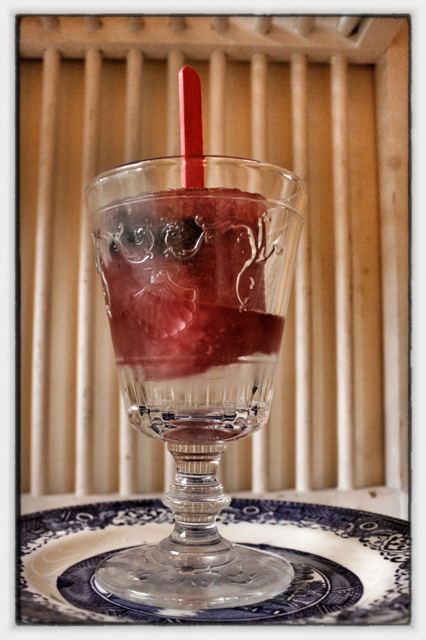 Cocktail on a stick! 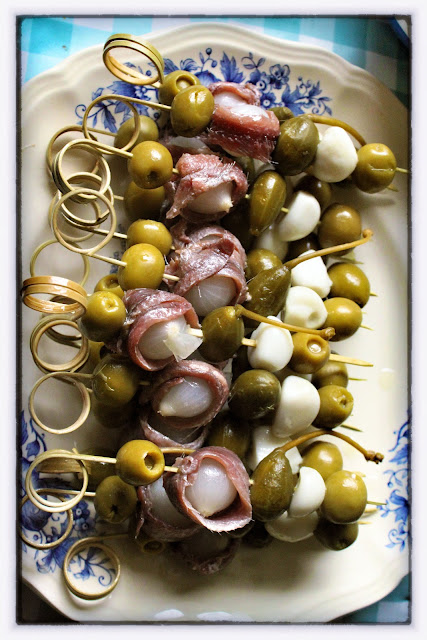 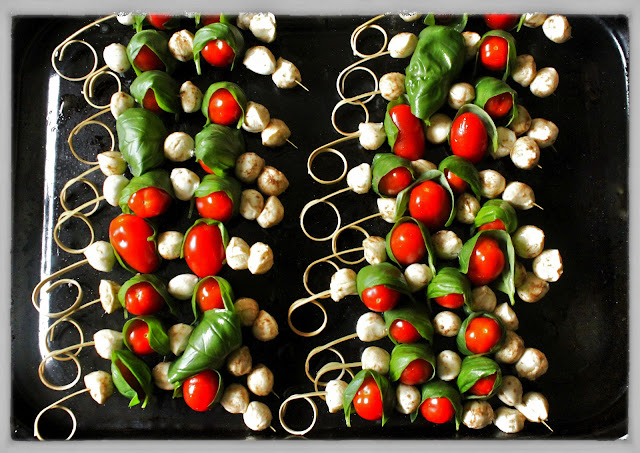 Salad on a stick! 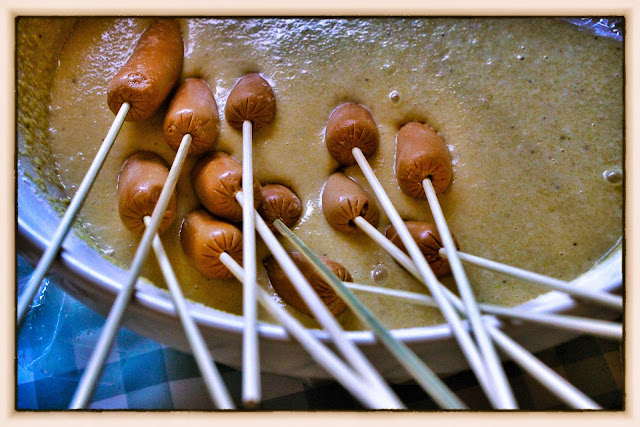 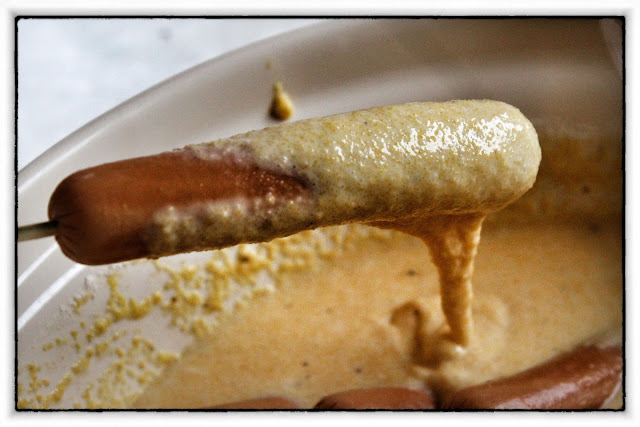 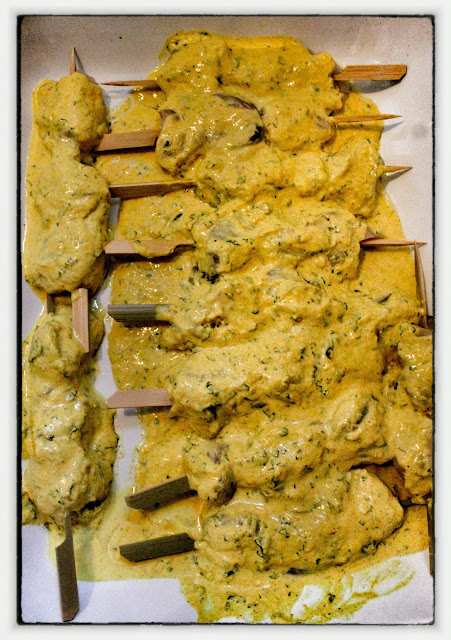 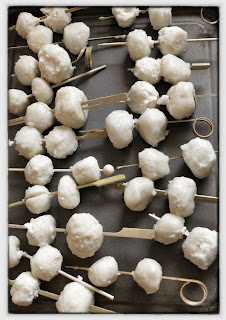 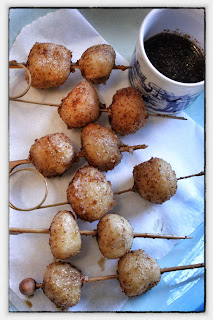 Savoury dango on a stick in Yuzu, Japanese pepper and Ponzu sauce! 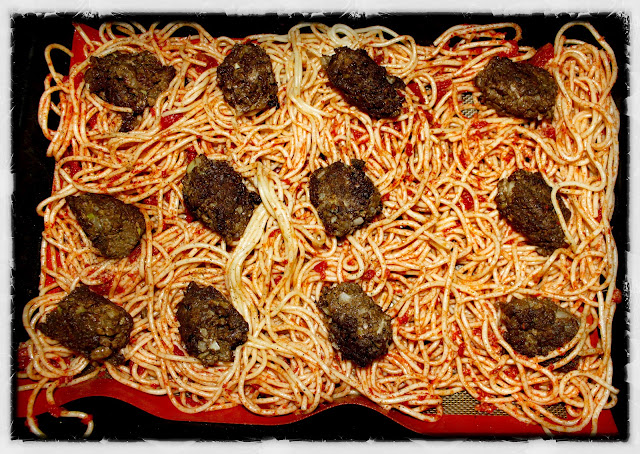 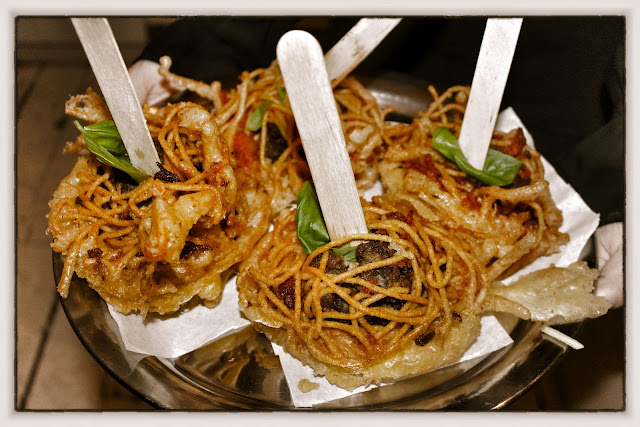 Tempura spaghetti on a stick! 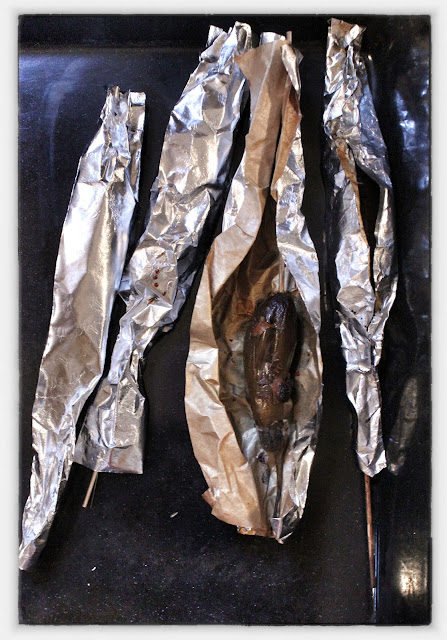 Miso baked aubergines on a stick! 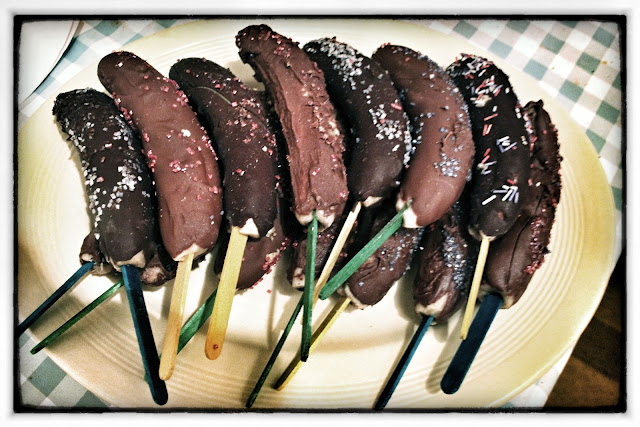 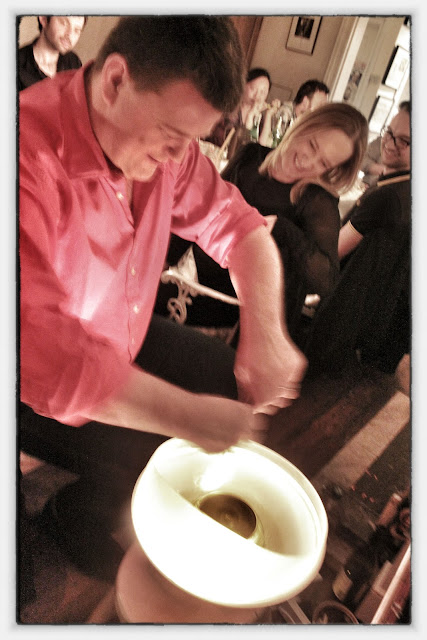 I taught my guests how to make candy floss.