In the morning I don’t so much shower as oil the creaking joints of my body, in the style of The Tin Man, to get it up and working. I’m wearing my support socks all day, only removing them at night. Not an entirely flattering look at my age, kneesocks with a dress, a kind of geriatric Lolita. Linn Soderstrom, our Swedish chef, much younger than I, also wears them every day, as do many male chefs. Sore feet and arm burns are a sure-fire way to spot a chef; feet hurt also because of dehydration. I always forget to drink water.
Last night we ‘arrived’ on the Indian sub-continent. This is a cuisine famed for its spicing; Indian spices  have changed the world, encouraging discovery and trade through the ages. Today India still produces 86 per cent of all spices with smaller amounts produced by Bangladesh and Pakistan.
The kitchen was crowded for we had four guest chefs. Representing Pakistan we had the elegant Summaya Jamil, who has recently given up a lucrative career as a commercial lawyer to concentrate full-time on food. She cooked typical Pakistani fare, lamb chops and chicken biriani for our main course.
Representing both Gujurat, a North Eastern part of India, (her dad) and the UK(her mum) we had the warm and lively Rekha from Pistachio Rose who made the most sublime chocolate desserts flavoured with exotic spices. She sells every weekend in Portobello Market.
Representing Kerala, in Southern India, we had Sheba Promod who made delicious canapés and the starter. She runs a Keralan cuisine supper club in St. Albans. Keralan cuisine is influenced by Ayuverdic principles and makes great use of coconut.
Finally we had Edinburgh supper club hostess Meena of Chai Lounge supperclub whose parents hail from South Africa, part of the India diaspora, but her food is Gujarati influenced. She cooked the vegetarian main course. 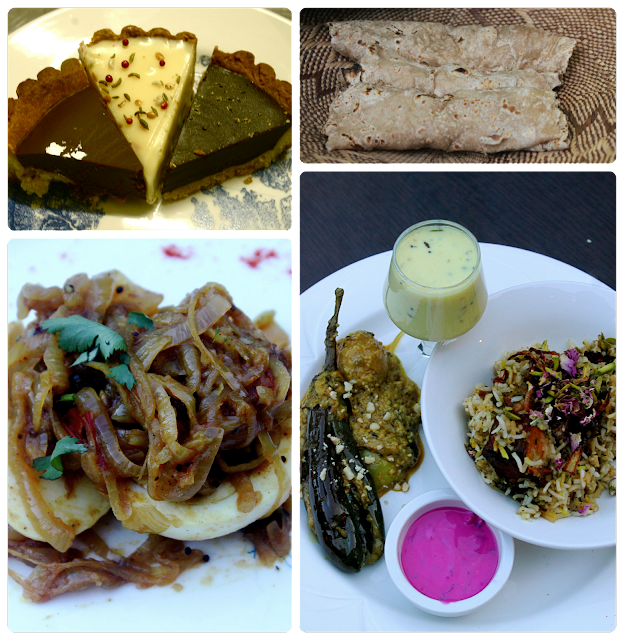 Together these ladies bustled, chopped, spiced, grilled and puréed their way through a good selection of authentic Indian sub-continental dishes. I remarked that the food was quite hot. “Oh no” said Summayya “we calmed it down for this. I didn’t put any chillis on the lamb chop for instance”.
One of the most thrilling moments was being taught how to make authentic chapatis. I’ve made them in the past but I’ve never been entirely happy with the texture which was too dry. Now I know why, you make them with boiling water, like a hot crust pastry. Here is the recipe:
Makes approximately 20 chapatis.

3 cups of atta flour (wholewheat flour)
2.5 to 3 cups of boiling water
1 dessert spoon of salt
A few drops of ghee (not too much, ghee makes the chapati hard)

Mix the flour, salt and ghee together then slowly add the boiling water. I do this in a Kitchen Aid mixer with a dough hook. When the dough looks fluffy, remove and knead by hand on a floured bench.
Note: the dough, like the recent thinking on bread generally, must be quite wet. You get to know by experience just how wet. You want it between sticky and malleable.
Cover the dough ball in clingfilm and leave to rest for half an hour.
Take off small sections of the dough and flatten it between your palms, pinching the edges thinner. I used a chapati press, like a tortilla press.
Then roll out your dough into a small circle, dividing the stacks of chapaties with squares of greaseproof paper. Put the stack in the fridge.
You can cook them directly on the flame where they puff up, or in a good quality non-stick saucepan such as Green-pan (which I’ve been using for the whole of Global Feast) or an iron crepiere or griddle.
Almost every night at Global Feast, we’ve made some kind of bread to go with the cuisine: be it pittas or sourdough rolls or buckwheat blinis.
Serve immediately with your meal. 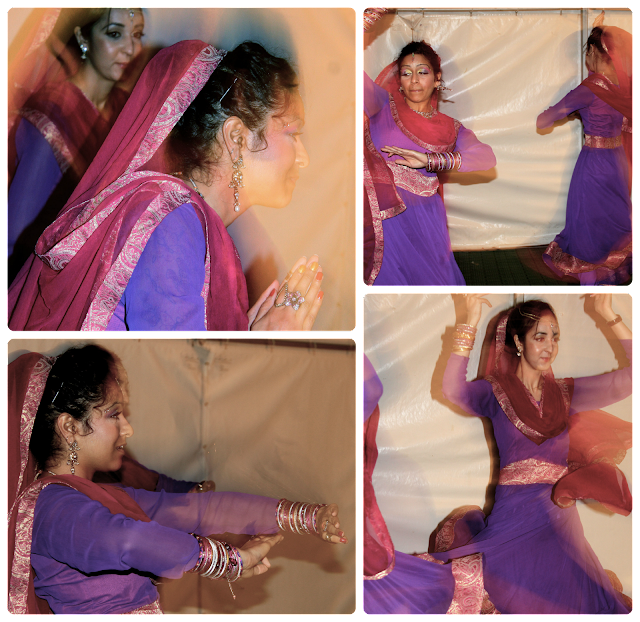