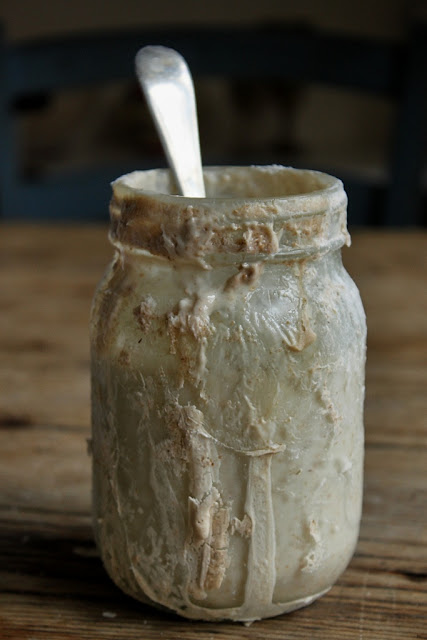 I’ve been making sourdough bread, pretty regularly, like a good little foodie, for about six months now. I’ll be frank, it’s not perfect. It’s got the taste, the crumb, the crust but the loaves are still a bit, well, flat. I’ve got a problem with structure.
Here is what I’ve learnt in my sourdough career so far: 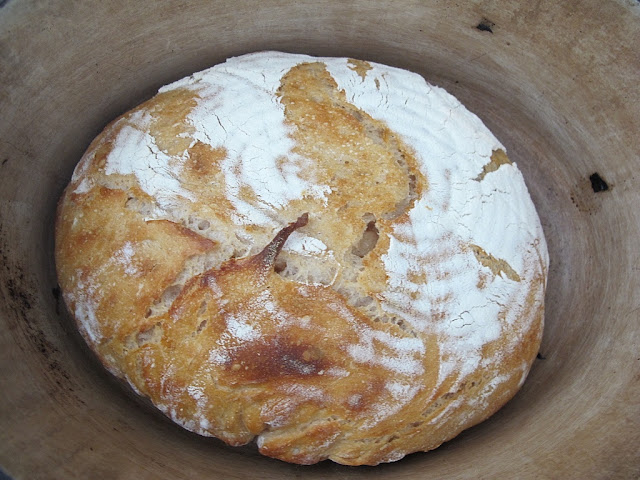 So what I’ve ended up with, finally, is a mongrel No Knead Sourdough Bread recipe.  This is the only way I can get the bread to retain a lovely shape.
This recipe will keep me going until I manage to make a successful solely sourdough loaf.

Mix this roughly together in a bowl. Cover with clingfilm and leave for 8 to 12 hours to rise slowly. If it’s a hot day, put it in the fridge.
Transfer it to the banneton with the heavily floured tea towel, folding and tucking as you go. Leave for one hour.
Heat up your cast iron pot for at least 15 minutes.
Then tip the dough, trying not to catch it on the side, into the pot.
Put the lid on and bake on the hottest setting you have for 30 minutes.
Then take the lid off and bake for another 15 minutes.
Take out the cast iron pot and tip the loaf onto a grill to cool.

If you want to add flavouring, say olives or cheese, or raisins and nuts, put it in the initial dough. 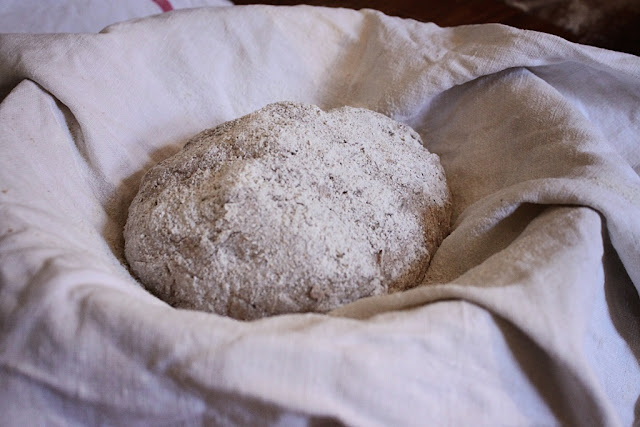