Thanks to Noma, Copenhagen is on every food lovers’ map but… most of us who visit will neither be able to afford it or get a reservation.
There is still plenty of interesting food to be tasted and food places to be visited in Copenhagen. I had the privilege of a food tour from Mia Kristensen, a food anthropologist and chef living in Copenhagen. Mia often comes to London to talk about and demonstrate ‘New Nordic’ cuisine(more info here).
Copenhagen is a young city, I doubt I saw anyone over the age of 35. Once people have had kids, they move out. This hipster demographic means that the men are very handsome, often blond and frequently with fashionable facial foliage. I confess, I found myself being distracted from the food and on a ‘hot Danish man’ safari. 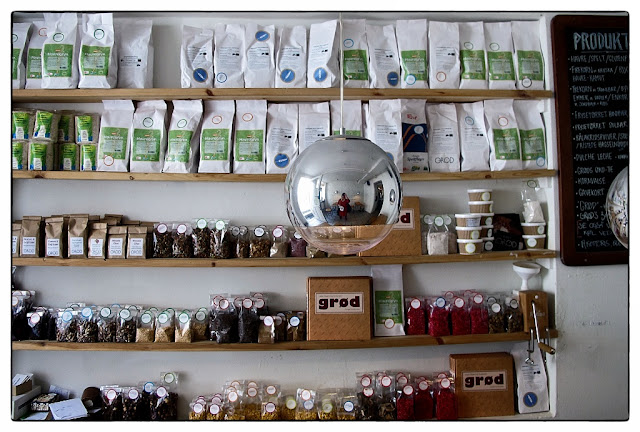 1) The world’s only porridge restaurant ‘Grød’ (pronounced something like ‘gruel’). There is a version of porridge in every world cuisine and it’s not only eaten for breakfast. Think of polenta, rissoto, farroto, congee, these are all variations upon porridge. The girl behind the counter told me that people do go there three times a day! Two branches: one in Jaegersborggade and the other in the market mentioned below.

2) Torvehallernekbh, the main food market:  located in a large square near Norreport station. You can spend most of a day wandering around and eating. Here are my picks:
Shops:

Salty Liquorice! I’m passionate about this stuff but it is a Marmite thing, you’ll love it or hate it. Bornholmerbutikken sells artisanal liquorice, made by young entrepeneur Johan Bulow, in different strengths plus syrup which you can use in cooking. (Heston uses liquorice to baste salmon, and I love it with meringues, available from Totally Swedish in London) 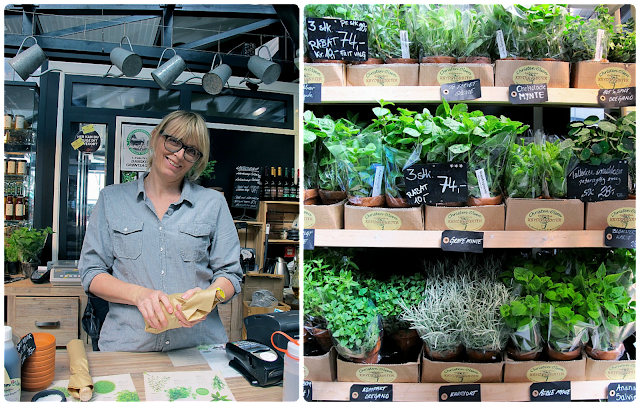 Chocolate marshmallows at Anton Berg. These are a retro fetish, invented by the Danes, which were previously, in less respectful times, called ‘Negro kisses’. Apparently each Dane consumes at least 45 per annum. 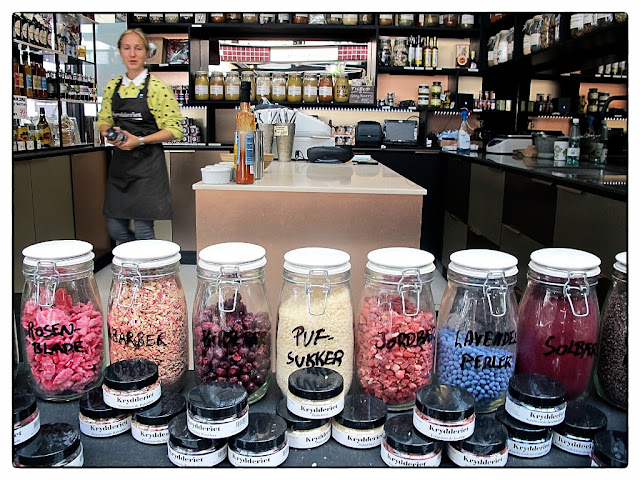 One stall Krydderiet sold various fruit powders (dehydrating a big trend here). I bought a bunch of these. 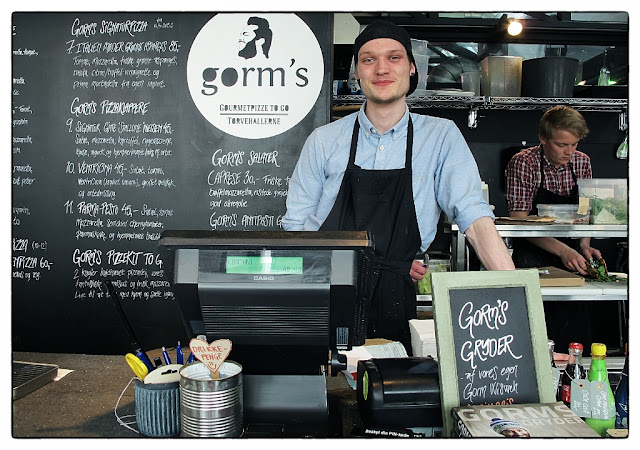 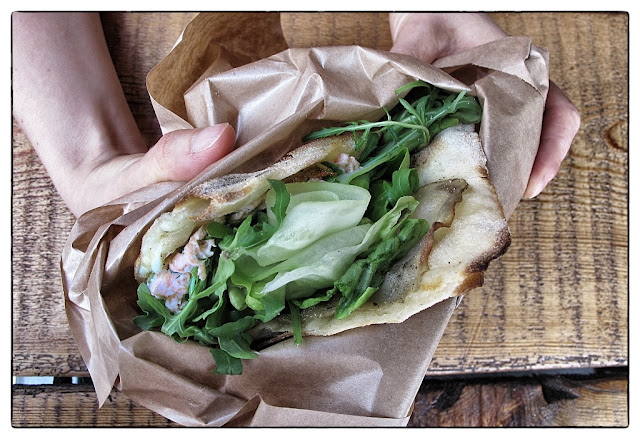 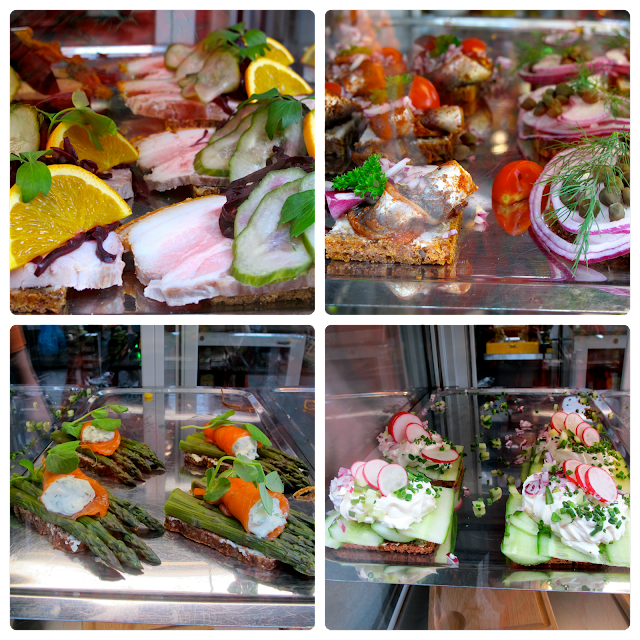 Cupcakes and baked goods at Cafe Rosa. This is run by a kooky Japanese-Danish girl Maya, who looks like a cartoon and has little animals on the counter. It’s stylish but she is slightly scary and unfriendly. Don’t let that put you off, the food is great. 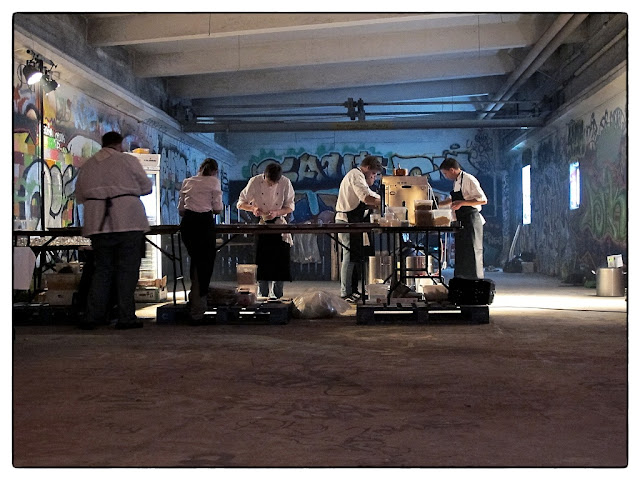 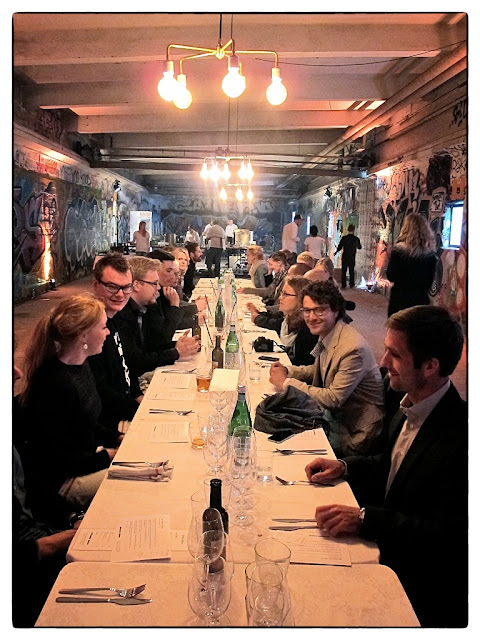 3) A supper club: Silver Spoon
This one I found on the supper club lists on my site Find a supper club, where, on joining, you can peruse the UK list or the worldwide one. Silver Spoon is a Copenhagen based pop up/supper club, run by ex-pat American Tiffany who has lived in Denmark for five years.
The theme was ‘The Refined ghetto’ an interpretation of the soul/R&B movement and 80s ghetto scene from LA. It was held in an atmospheric abandoned warehouse, covered in graffiti, next to the river, further along from Christiania, the squatted village. San Francisco chef, Jordan Grosser, who has worked with several supper clubs in the States, flew over especially to create a deconstructed Southern style menu. There was street dance, cocktails, and of course, a chance to meet Copenhagen people for we all sat at a long table.
Supper clubs in Copenhagen appear to be very expensive, around £100 to £150 per head but I believe Silver Spoon also does some cheaper events.
Another supper club recommendation, also expensive, is 1th, a supper club style part-time restaurant. 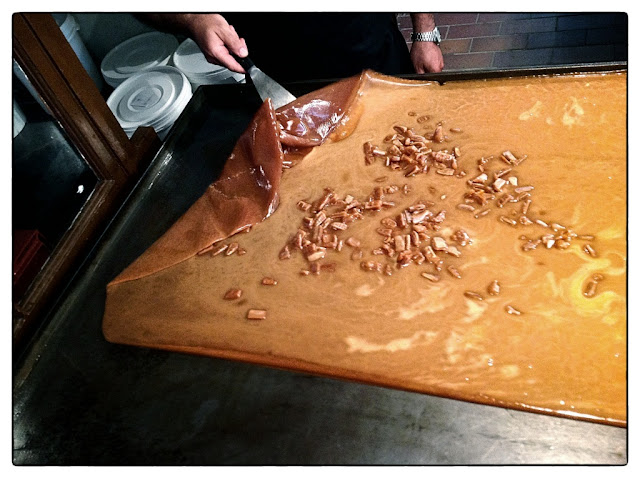 4) Sømods Bolcher, a sweet shop:
We visited a shop that made old fashioned sweets, with a workroom at the back where the public can watch the process of folding and twisting sugar. 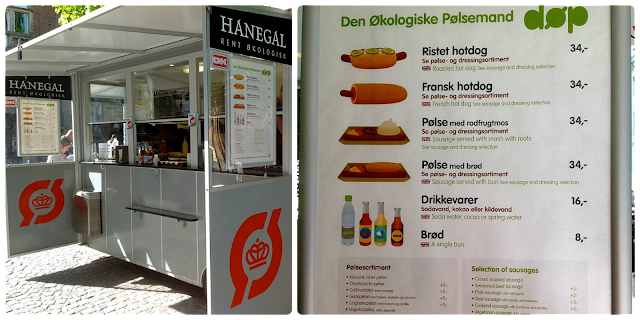 5) Street Food:  A hot dog stall: the Danes love their hot dogs. This is a very trendy hot dog stall which even does a veggie one! Near the Round Tower and Church of the Holy Ghost.
Købmagergade ved Rundetårn 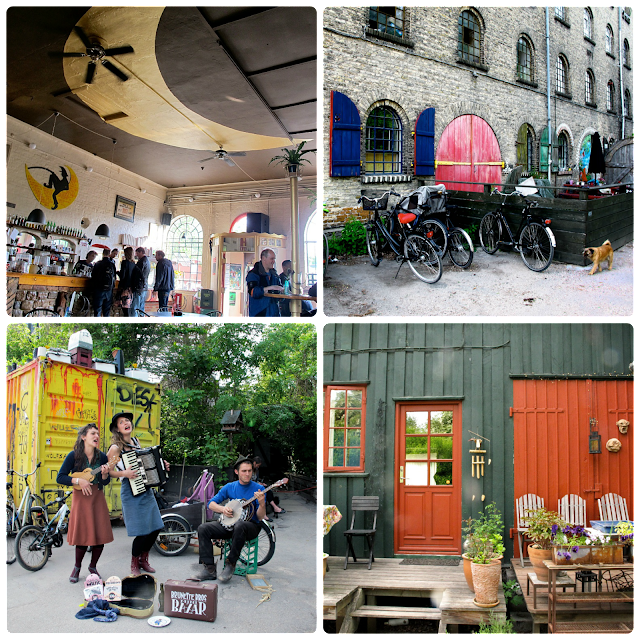 6) Christiania, a 40 year old squat in the centre of Copenhagen: yes this is not strictly foodie, but it’s a must visit, the third most popular tourist destination in Denmark. In fact, dear reader, the most interesting things you can consume, I wasn’t allowed to take a photo of… I’ve never seen so different shades, textures, smells and shapes of hash in my life. An open air market, known as Pusher Street, has tens of stalls with blocks of khaki and heaps of weed. You can also visit a few reasonably priced cafés and restaurants inside Christiania as well as listen to music. Many of the original inhabitants have beautiful beach houses in the Scandinavian style, along the river.

7) Restaurant suggestions:
I did not eat at Kiin Kiin, there was no room, but, according to restaurant critic Andy Hayler, this is the best Thai restaurant anywhere in the world.
Fortunen was recommended to me, but I didn’t get a chance to visit.

9) Bakeries and delicatessens:
Danish ryebread is the basis of the celebrated open sandwich: it’s dark, full of protein and seeds, mostly sourdough.
Claus Meyer is René Redzepi’s partner at Noma, but, while a celebrity TV chef and prolific cookbook author in Denmark, outside he is hardly known. He has a bakery/deli worth visiting.
Foodshop no26
Fougaz: The Bread Station

10) Finally, not a place to eat but a place to stay
Copenhagen is expensive so I stayed, for the first time, at an Airbnb apartment, costing around £50 a night as opposed to £200-£300 in a hotel. This turned out to be a good idea; the apartment was Scandinavian in style, bright, tidy, spare, uncluttered, colourful, well-designed containing an actual Danish couple with similar qualities but also wheaten blonde, good-looking, helpful and fluent in English. Just like supper clubs, when you stay with locals, you are instantly immersed in the culture, in tiny subtle ways, an experience that you would not get at a standard restaurant or in a hotel.
I stayed in the vibrant Norreport station district, with many immigrants, which is both trendy and fairly cheap. The only disadvantage was the ten flights of stairs to reach the top floor apartment. Once I went out for the day, I tried not to return! A couple of weeks living there, I’d be very fit. I looked for the bathroom, could not find it, but noticed that there was a shower attachment hanging on the wall in front of the toilet.
Later the hostess remarked “One of the reasons we bought this apartment was for it’s spacious bathroom”.
I was nonplussed, was this the Danish sense of humour? “Spacious?…” I quizzed.
I prodded further… “Is the shower in the toilet?”
She smiled “Yes and there is SO much room! Normally in Copenhagen apartments you have to actually sit on the toilet to have a shower.”
It’s little things like this, the sense of living in Copenhagen, you would never discover in a hotel. 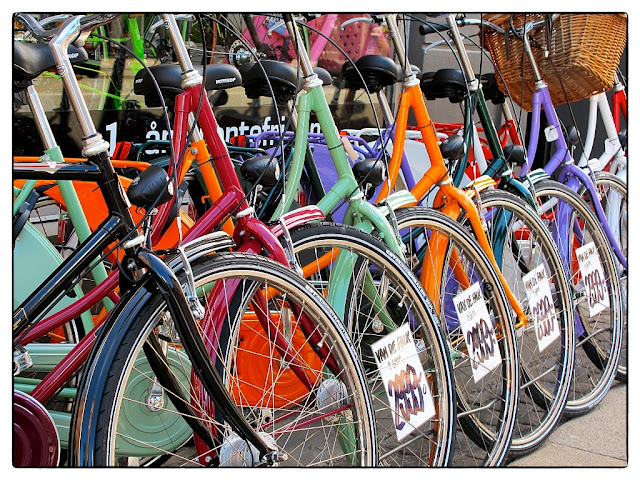 Previous Post: « Cookery for Northern wives: recipe for bannocks
Next Post: Adventures in sourdough, travels with my mother »