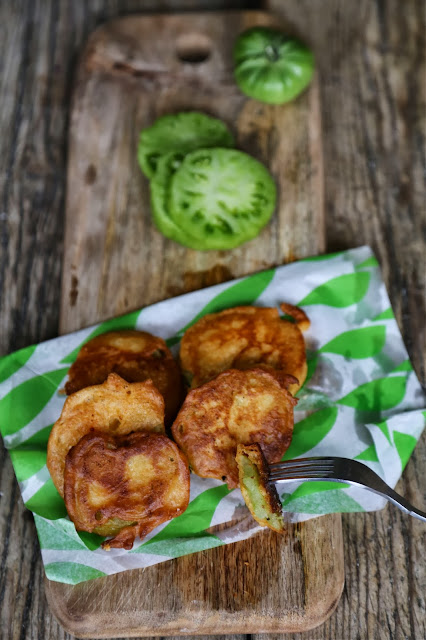 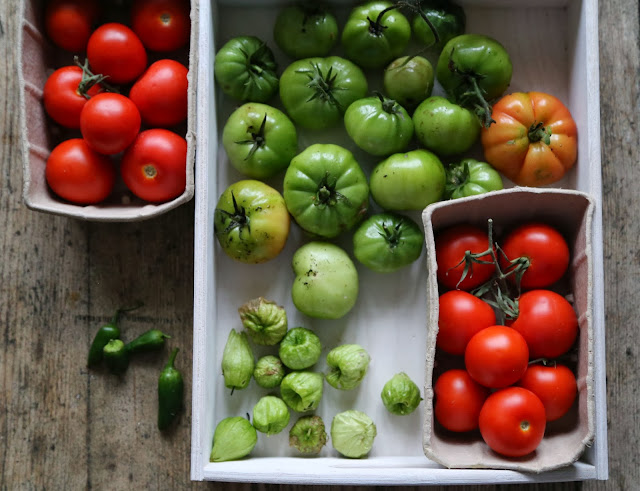 The book and film Fried Green Tomatoes at the Whistle Stop Café, written by Fannie Flagg and set in the southern part of the United States, was a story about the awakening of a dowdy middle-aged woman, Evelyn Couch. Years of low self-esteem and self-sacrifice had worn away at the central character, who was feeling unappreciated in a loveless marriage. Things change when Evelyn strikes up a friendship with an old lady in a nursing home who reminisces about her spunky sister-in-law who has a relationship with another woman. This couple run a local restaurant, The Whistle Stop café, whose signature recipe is fried green tomatoes, a Southern speciality. The stories boost Evelyn’s morale, giving her the strength to live her life as she wants.
Last week I had my American cousin Paula to stay. I remember visiting Paula at her home in New Jersey when I was a kid and being impressed by the American suburban architecture, large houses with white picket-fences, green front lawns, kids riding around the streets on bicycles on the wide, mostly car-free streets. Everybody seemed rich, the weather was always good, my cousins were tanned and limber, and there was space and light and prosperity. (So different from England, this visit sparked my love affair with America, I even went to live there for a couple of years.) Visiting England at the age of 50, Paula can still execute a perfect cartwheel from a standing position. She trained to be part of the gymnastics team at the Olympics. Muscle memory.
An English cousin, who I hadn’t seen for years, came to join us for dinner during the week. Her mum, my aunt, lost her husband at a relatively early age, becoming a widow at the age of 53. After five years of grieving and being alone, only the dreary fate of living for her grand kids and the odd visit from her children on the horizon, my aunt, met someone. Yup, met a man at the age of 58. It can happen. (This appears to contradict my sister’s premise that all single men over 40 are broken biscuits, abandoned, fragmented and incomplete, in the tin).
I heard rumours about this at the time from my mum, something about my aunt had run off to join the funfair with a guy that ran the dodgems. I had a romantic image of my aunt straddling the poles, swinging from bumper car to bumper car, wearing a canvas pocketed apron to collect the fares, while her new man, in my head looking a bit like the 1970s David Essex, all blue eyes, dark curls, gypsy neckerchief and engine oil, operated the ride.
Turns out this guy, who is good looking, but rather more English Midlands than Romany, runs a Go Kart track for a living. My aunt went to live with him in a caravan and helped run the Go Karts. She lost a ton of weight too. She was going out every night and, get this, dancing on pub tables and generally refusing to age gracefully. (I lived in a trailer park for a few months five years ago and thoroughly enjoyed it). All this has met with some disappoval from her kids but for me, this heartening story means my Auntie Sandra wins my inaugural Fried Green Tomato award for middle-aged rebellion. Go girl!
You could say that we are where the prime of the year, the summer season, has fallen away into autumn, the seasonal equivalent of middle-age. This is not to denigrate autumn which is a beautiful season in it’s own right: the smell of wood burning, the crackle of rustly leaves, the damp pleasure of mushroom picking, the heave of giant squashes, getting to wear thick tights again. I don’t know if Fannie Flagg was describing a synonym for belated middle-age when she gave the recipe for fried green tomatoes, a youthful tomato that hasn’t quite matured in time.
Summer is gone. I’m accepting that now. I’ve just put the heating on for the first time this year. (I’m not sure what my reluctance was, considering I was actually quite cold this past weekend, but it does sometimes feel like defeat to crank up the radiators.) I’ve also decided to pick my tomatoes from the garden even if they are still green. The tomatoes aren’t going to ripen on the vine now, near the end of October. The chill has set in.
For the dinner with my cousins, I made a green and red tomato tart. I’ve also made fried green tomatoes from the book, Southern style. 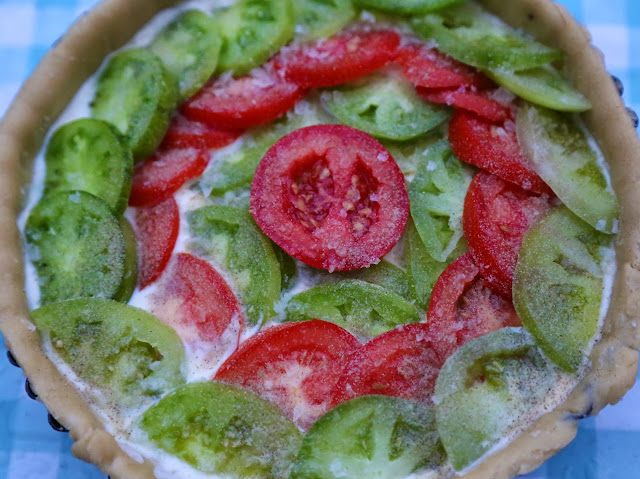 Prepare your pie dish by buttering and flouring it. Pre-heat your oven to 180ºc
Mix flour and salt together. Grate the cold butter into the flour. Rub flour and butter together with your fingertips so that it ressembles breadcrumbs. Add a little water to pull it together. Flatten into a patty, cover with clingfilm and leave to rest in the fridge for fifteen minutes.
Then roll out into a circle, approx 3mm thick, and arrange the pastry into a 9 inch pie dish. Cut off any excess and use for something else.
Mix together the creme fraiche and the beaten eggs. Season. Pour into the prepared pie shell.
Arrange the green and red tomato slices in concentric circles on top.
Season the tomatoes with plenty of salt and white pepper.
Bake at 180cº for 25-30 minutes. 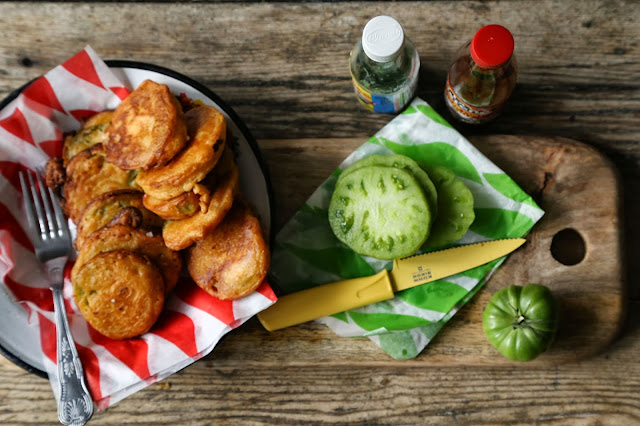 Slice the tomatoes. Make the batter from the cornmeal, flour, buttermilk and seasoning, mix well. It should be both thick and liquid enough to coat the tomatoes.
Dip the tomatoes in the batter, then fry in batches until golden.
Serve immediately.
If you have more batter, consider dipping in mushrooms, jalapenos, too.
Serve with biscuits (like scones) and baked beans.