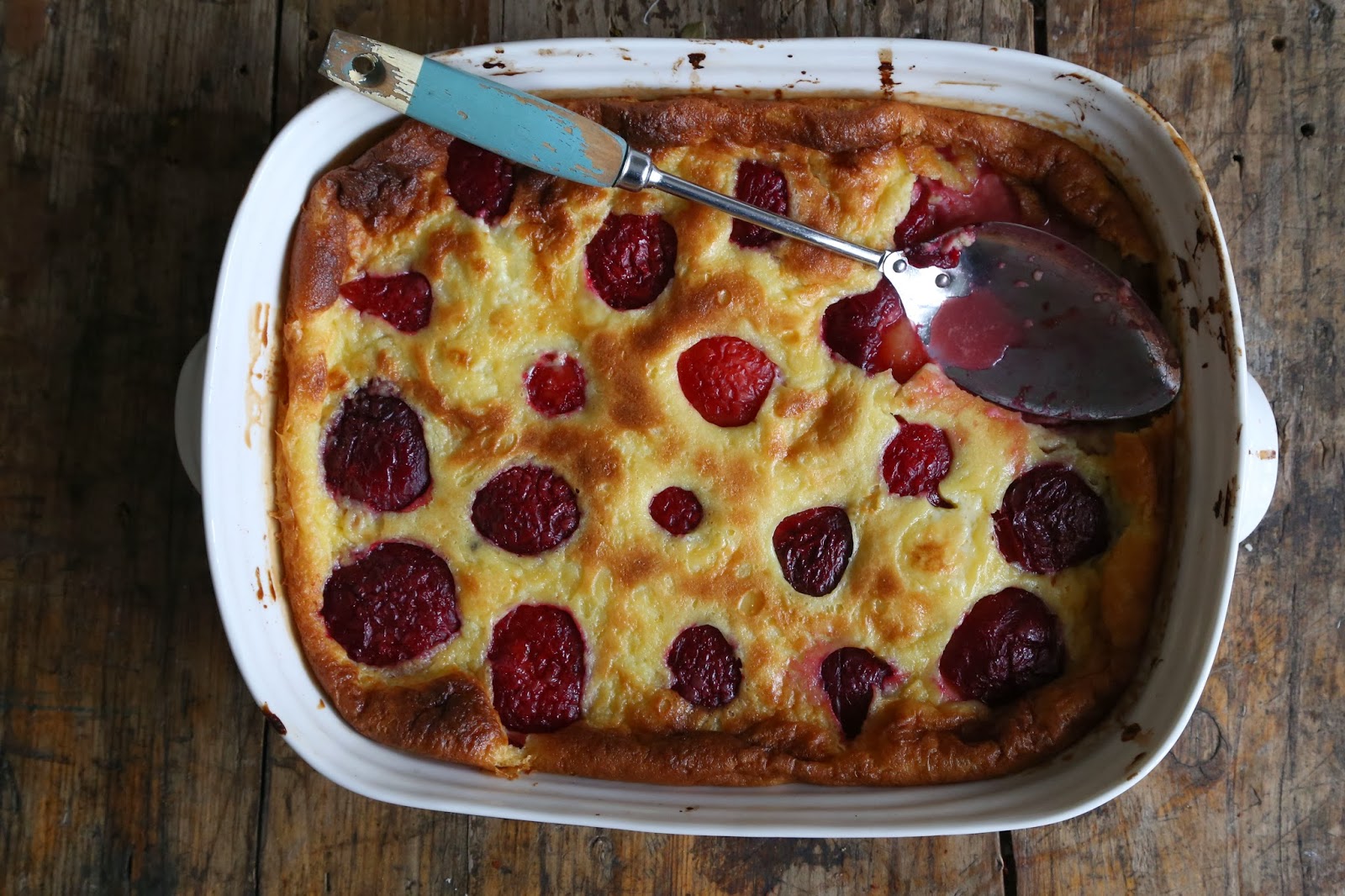 I gave this pudding to my neighbour whose father has just died. Food can be a comfort, a balm for the soul, and a clafoutis is more comforting than most. My neighbour didn’t know him very well, her parents divorced, but she had been in contact with her father over the past few months. His death, at only 63 years old, was an unexpected halt to the process of getting to know him better. In some ways, the death of an absent father can be worse. No more second chances.
My neighbour is Jamaican; part Scottish, part black and, interestingly, part Chinese, (of the Wong family). Naomi Campbell, the supermodel, is said to owe her unusual beauty to this particular combination of genetics. There are quite a few Chinese-Jamaicans.
It is Jamaican tradition to give food to a family that is bereaved. My neighbours’ father was a Rasta and so his funeral will be vegan. According to Caribbean custom, they will celebrate Nine Nights, during which, with food and songs and games, the mourners celebrate the life of the deceased. The final Ninth night, there is a table of food, untouched before midnight, not to be eaten before the ‘seeing’, accompanied by overproofed rum. This ritual stems from Africa, for instance, Nelson Mandela, the great South African leader, was taken to be buried at his home village on the ninth night of his death.
This flagnarde/clafoutis pudding is made with Sapphire plums from South Africa. Their average Brix level, the industry term for sugars in fruit, is 13 to 14 % so they are beautifully juicy and sweet. The redder the plum, the better the flavour and I love the way the redness bleeds slightly into the pale yellow of the baked eggy batter.
You can eat this straight from the oven, or cold, the next day. 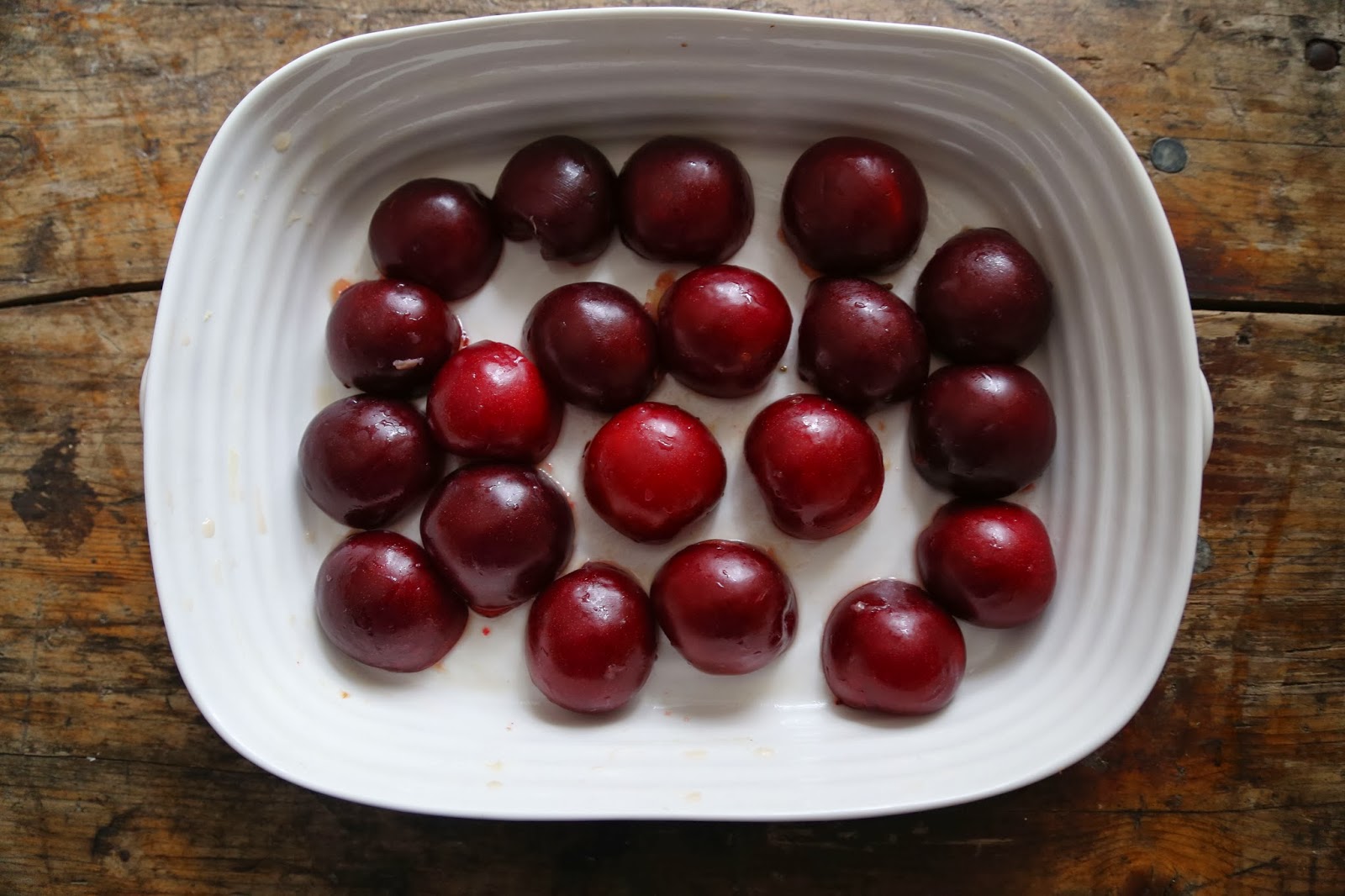 Prepare the plums, by cutting them in half along the dimple from the root and twisting. Remove the pits.
You’ll need a buttered/greased baking dish/tray of approximinately 25cm x 30cm.
Preheat the oven to 180cº
Place the plums, cut side down, in the baking tray.
Whisk the eggs then add the sugar. Slowly sift in the flour, while stirring, then add the cream, whisking thoroughly.
Pour the batter over the fruit.
Bake in the oven for 30 minutes or until set.
This gorgeous pudding could be accompanied with some Umeshu, Japanese plum wine or some overproofed rum, for sipping. 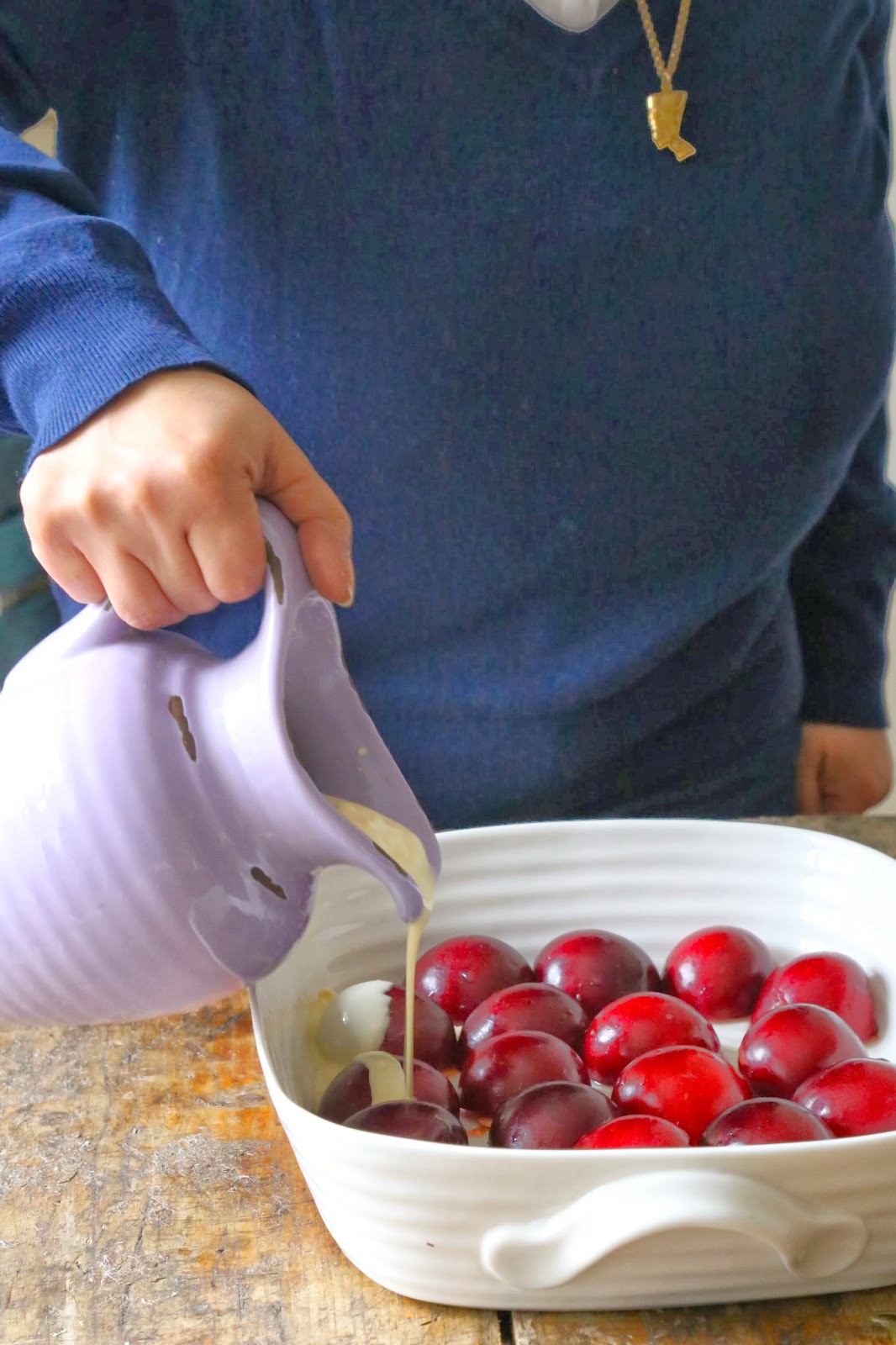