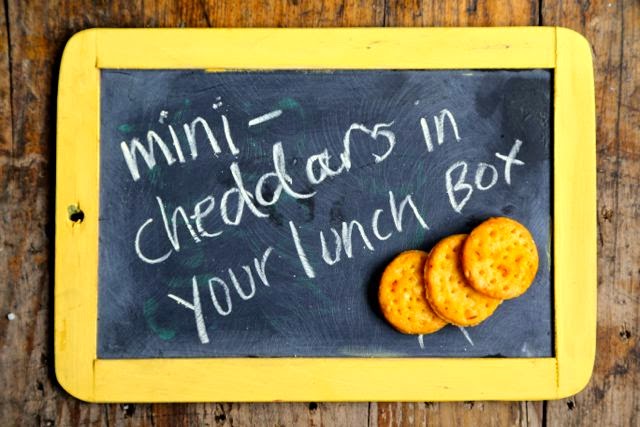 Riley Pearson, 6 years old, was sent home from school because his parents put a packet of mini-cheddars in his lunchbox. The school has set up a healthy eating policy for lunchboxes and “Chocolate, sweets, crisps and fizzy drinks are not allowed. If your child’s lunchbox is unhealthy and unbalanced they will be provided with a school lunch for which you will be charged.”

The parents complained and called the media, now the school have expelled Riley and his four year old brother. It seems to me that another approach could have been taken: the school could have gathered together parents and children to discuss healthy eating. They could have set up cooking classes so that pupils could make their own lunch box foods. What was it that Blair used to say? Education, education, education. Teach kids and parents about food.

I don’t think mini-cheddars, which are baked, are particularly unhealthy, not as bad, for instance, as the Smartie sandwich which the Daily Mail also reported on a while back. So what do mini-cheddars consist of?

They contain no additives and are free from artificial colours or flavours.

I do like mini cheddars so I thought I’d have a go at making some myself. This took so little time, maximum half an hour including both prep and baking time that I think parents could easily whip up a few batches for their children’s lunch boxes. Maybe Riley’s mum would like to have a go?

What do you give your kids for lunch? I would often make lovely tiny bento boxes for my daughter, which teachers would envy, but she would look longingly at the junk food of her friends. Tired working parents are no doubt doing their best but perhaps they simply don’t have the energy to make good lunches for their children? 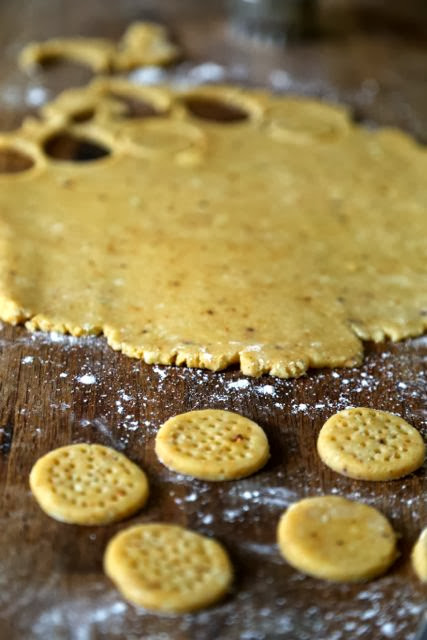 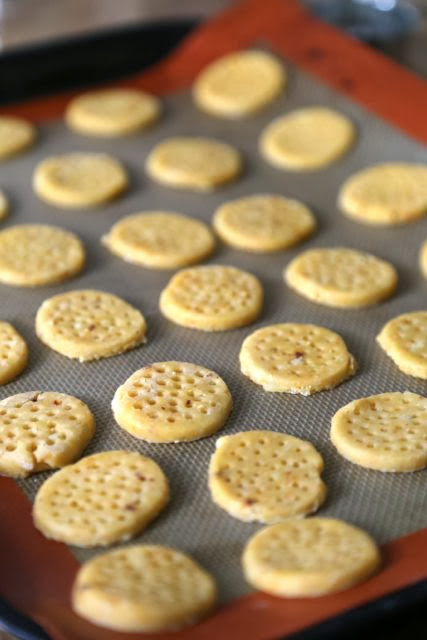 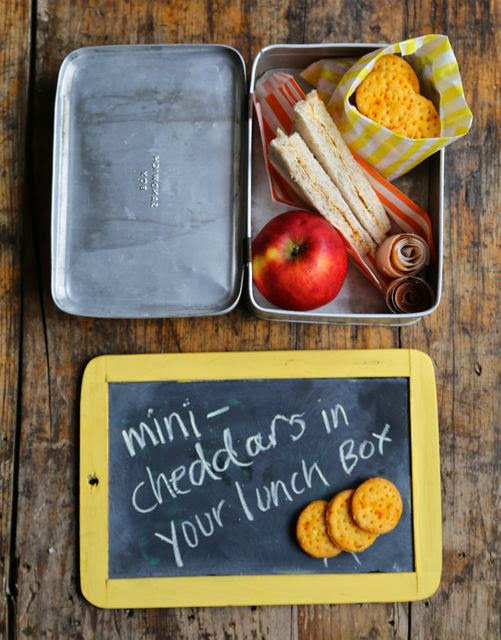 Makes 15 biscuits
190g of Jarslberg cheese, (or strong cheddar or Red Leicester), grated
50g of salted butter
100g of plain flour
1/2 tsp of sea salt
Optional: penny sized piece of achiote, ground (to give a red colour)
You can add herbs such as chives or a teaspoon of chipotle paste, or a tablespoon of Marmite, to spice them up if you wish.
Preheat oven to 180c
Mix together all the ingredients in a food processor. Knead together lightly then roll out the dough onto a lightly floured surface, about 3 mm thick. Using a small shot glass or a small cutter, cut out the biscuits, then prod in some holes using the end of metal prong. Gather up the rest of the dough, roll out and repeat. (Try to keep cool hands and cool dough as you go, if the weather is warm then leave the dough in the fridge for half an hour.)
Lay the biscuits on a silicon mat or parchment paper onto a flat baking tray. Bake for 15 minutes.
Leave to cool on the tray then remove the biscuits. Store in a dry place. 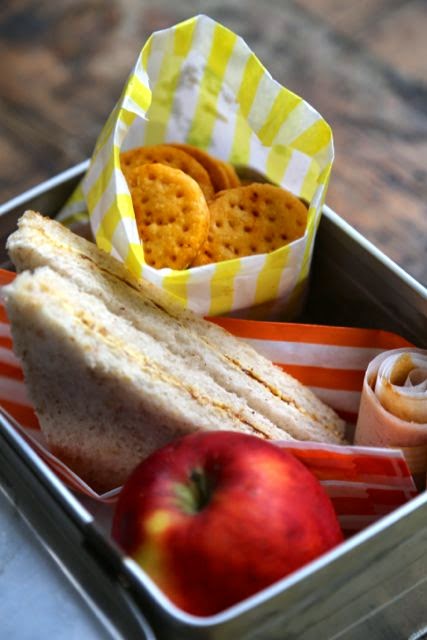 Does this lunchbox pass muster? Contents: one apple, one Marmite sandwich, 2 fruit leather rolls made from yellow plums, 1 pack of mini-cheddars (home-made).