The native diet of Southern africa is squash, corn, beans and of course meat, sometimes in the form of biltong. Not dissimilar, in fact, to the Three Sisters dietary triumvirate of the native American Indian. I’m an ingredients freak, always on the lookout for something new. Here is a list of some of the new foods I discovered in Southern Africa. 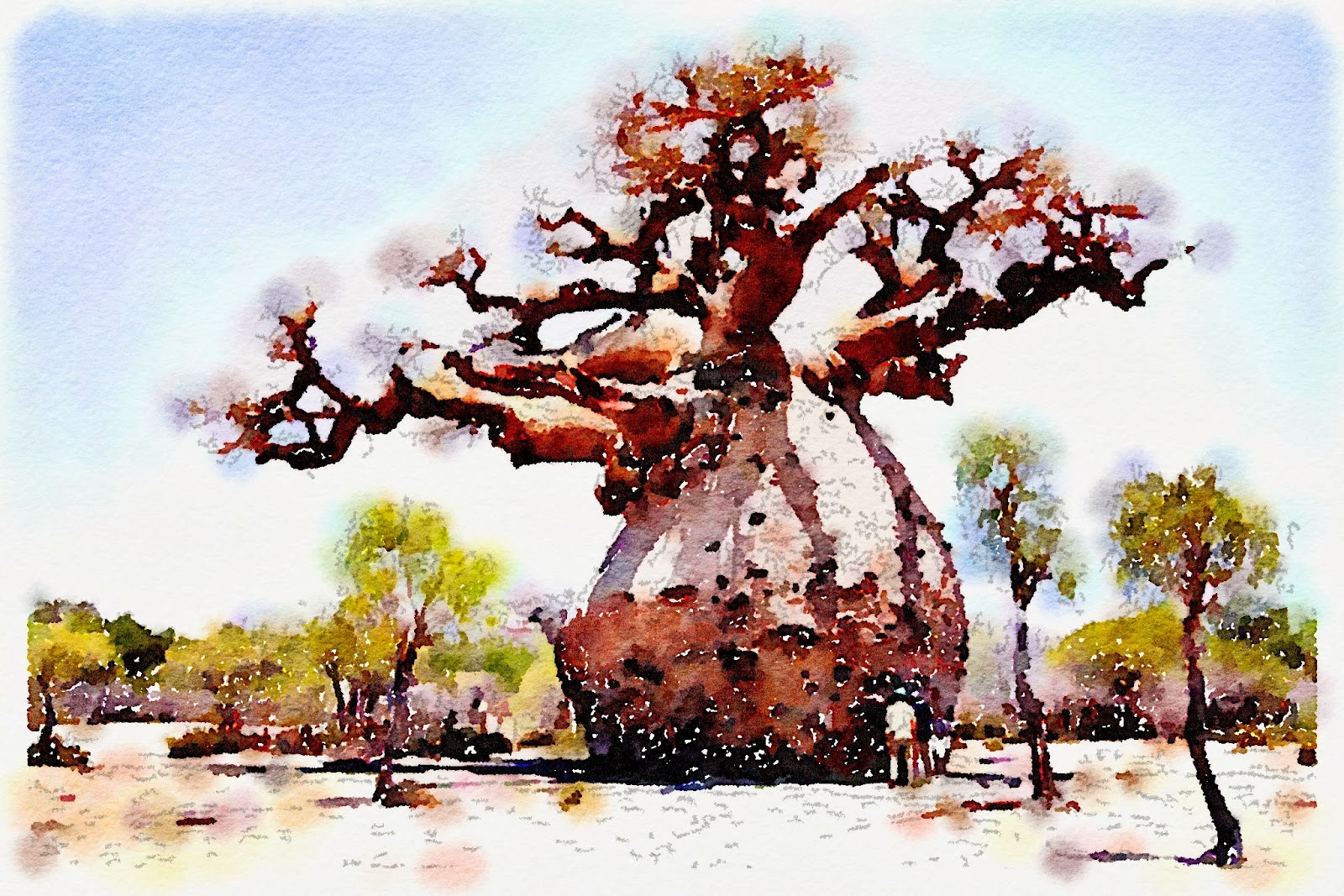 Baobab seeds:
Culinary qualities: a good thickener, rather fruity and acidic, the seeds are sometimes roasted for coffee.
Where to buy: these can be obtained at The Eden project where they are growing a baobab tree, often called the ‘upside down’ tree as its branches look like roots.
Medicinal qualities: antioxidants, mosquito repellent, good for asthma. 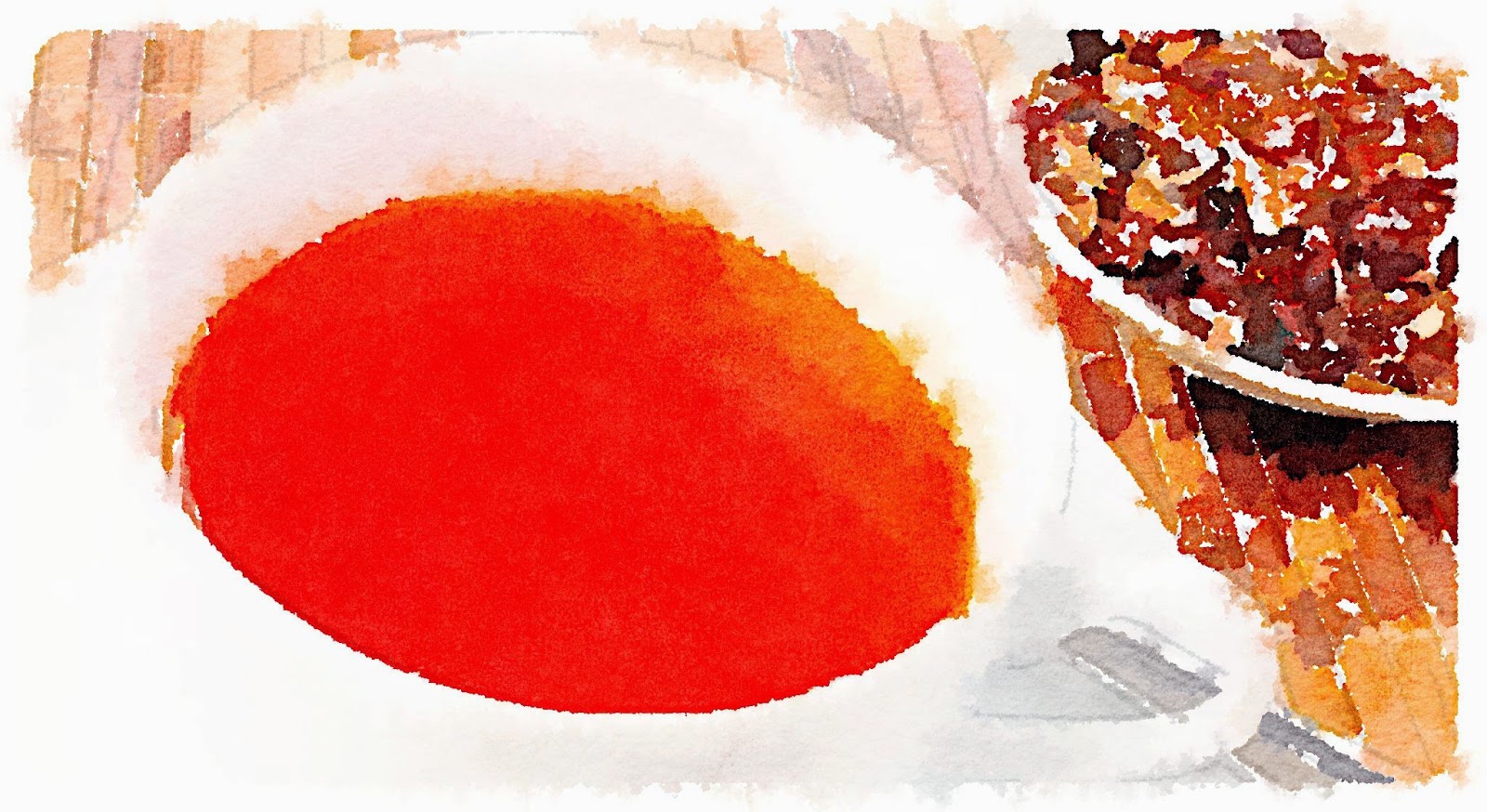 Rooibos tea:
This ‘bush tea’ is not actually tea in the strict sense. It can only be grown in the Western Cape area, it’s been attempted elsewhere and failed. I have long loved the refreshing taste of this tea. Unlike traditional tea, it contains no tannins so you can leave the bag in the cup. There are other hybrids being grown such as honeybush tea which is sweeter. Mma Ramotswe of the No 1 Ladies Detective agency is a big fan. Every morning she has a cup while walking around her garden.
Culinary qualities: a great hot drink
Where to buy: most British supermarkets stock this.
Medicinal qualities: antioxidant, makes you younger

Mielies is the word used for corn on the cob, but not sweetcorn. This corn is white and starchier with larger kernels . It can be steamed or roasted as with sweetcorn or dried and ground into meal. 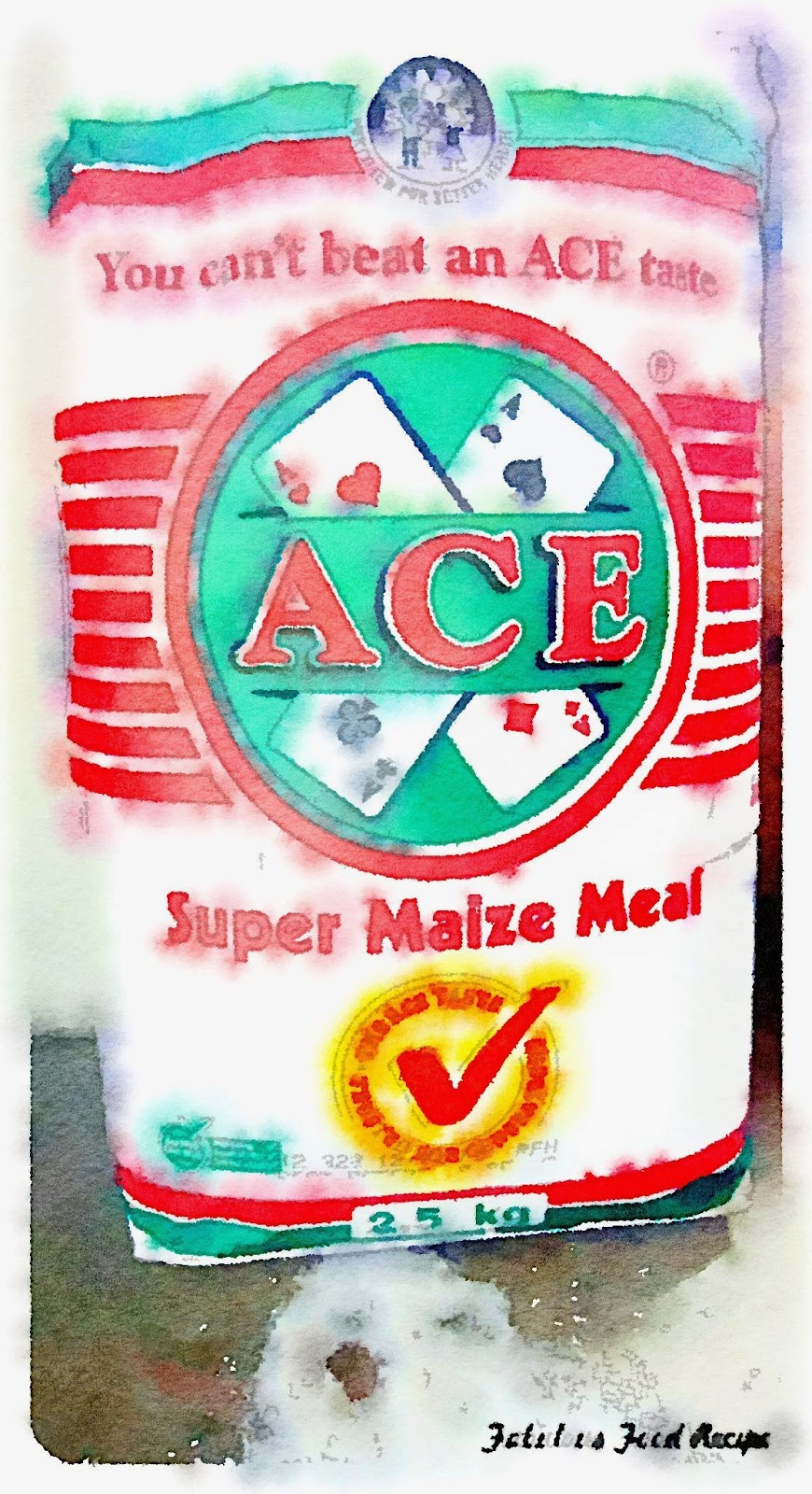 Mielie meal or pap. I grew to love this, it’s very much like polenta but even nicer, smoother, almost like tapioca. You can have it savoury or sweet as in porridge for the morning. Like polenta you can cook it stiff or looser. I formed a stiff pap into a loaf, sliced it and braid the slices, adding a cool pear, lime and avocado salsa. Traditionally it is cooked with a special instrument, a rod not unlike a spurtle, but with whisk-like wires attached. Like polenta it comes in different grades; fine to coarse.
NGO’s and health professional are recommending e’Pap, a fortified vitamin porridge is given to HIV patients. The argument being that in Africa, people are not dying of HIV as such but from malnutrition. (More info here)
Where to buy: The South African shop
Samp is cracked polished mielie kernels often prepared with beans. This is the sort of food that ex-pat Saffas get homesick for.
Where to buy: The South African Shop 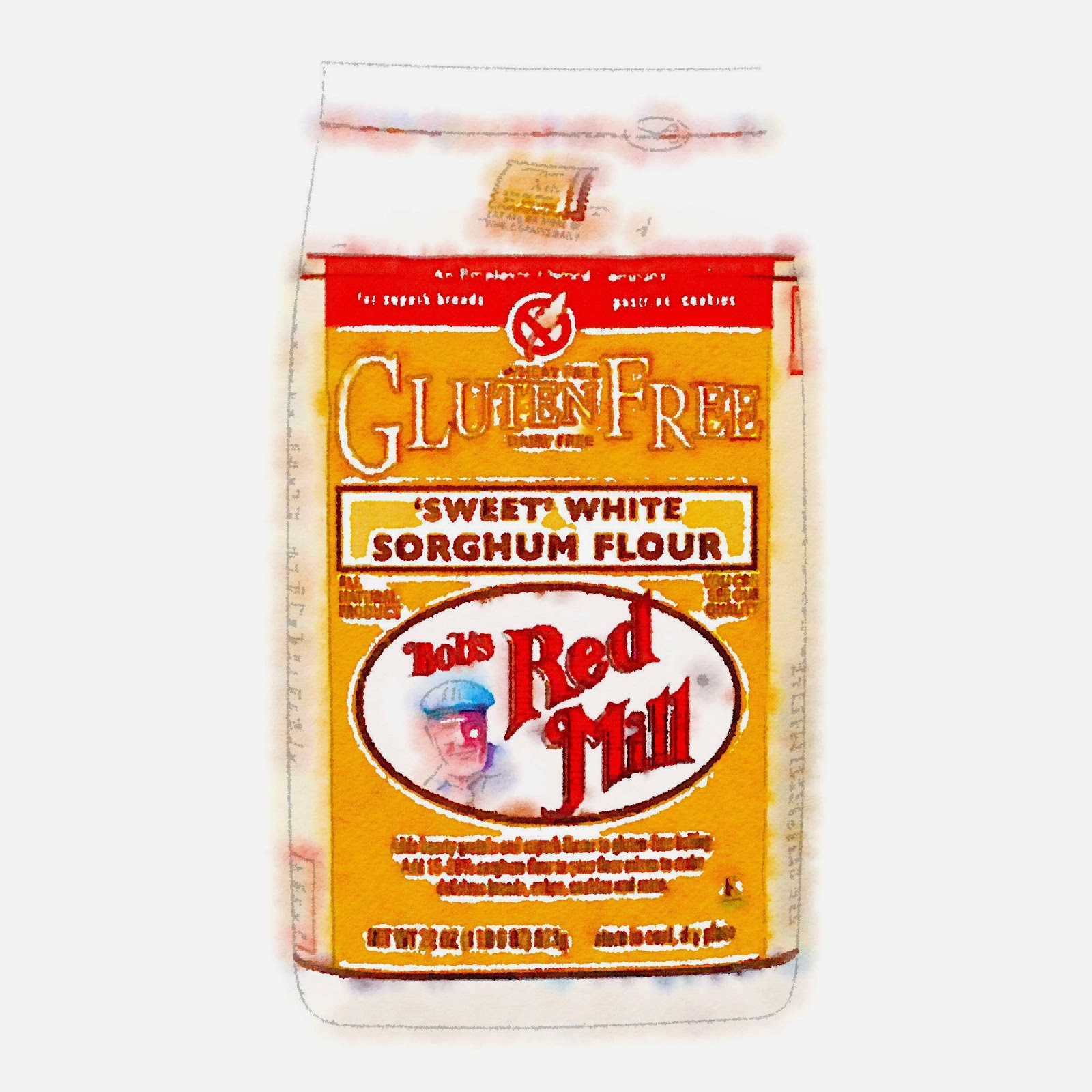 Sorghum flour or millet or mabella. This is a sturdy crop, resistant to drought and extreme heat. It’s the basic food of Botswana, although they often import pap from South Africa. You can get it in a range of colours from white, cream, brown or red. It is pretty much gluten-free. Again like pap it is cooked as a porridge, either liquid or stiff.
Where to buy: The South African Shop 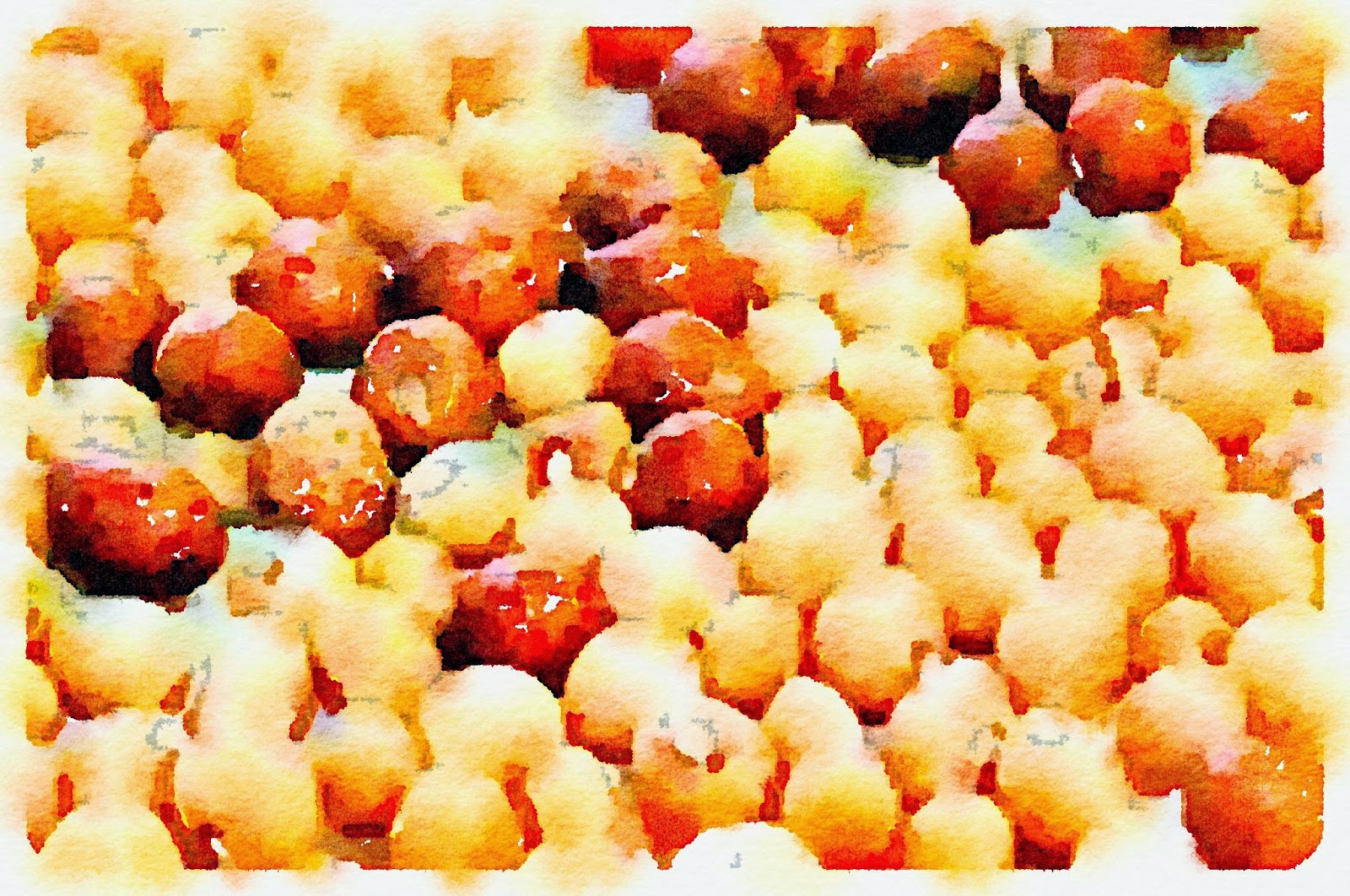 Groundnuts: I only recently found out that peanuts are groundnuts! (As opposed to tree nuts). But true groundnuts have a sphere-like shell. I tasted some fresh ones and they were bean-like, a legume. They must be boiled or roasted. These are used in soups, stews and as peanut butter. Post-war the British government, desperate for new, cheap foods for the still rationed British, started a scheme in Tanzania, then called The Tanganyika Groundnut Scheme. It was a disaster, nobody really liked groundnuts here and the crops didn’t thrive. It is used in cosmetics and for oil.
Where to buy: I’ve seen them in tins and dried at African shops in Shepherds Bush and in Deptford.

Waterlilies or ‘tswii’: used in Botswana cuisine as a seasoning, an almost imperceptible deepening of flavours in a stew. It is the bulbs or rhizome that is used, then dried.
Where to buy: I can’t find it here but you could always construct a pond and plant it? 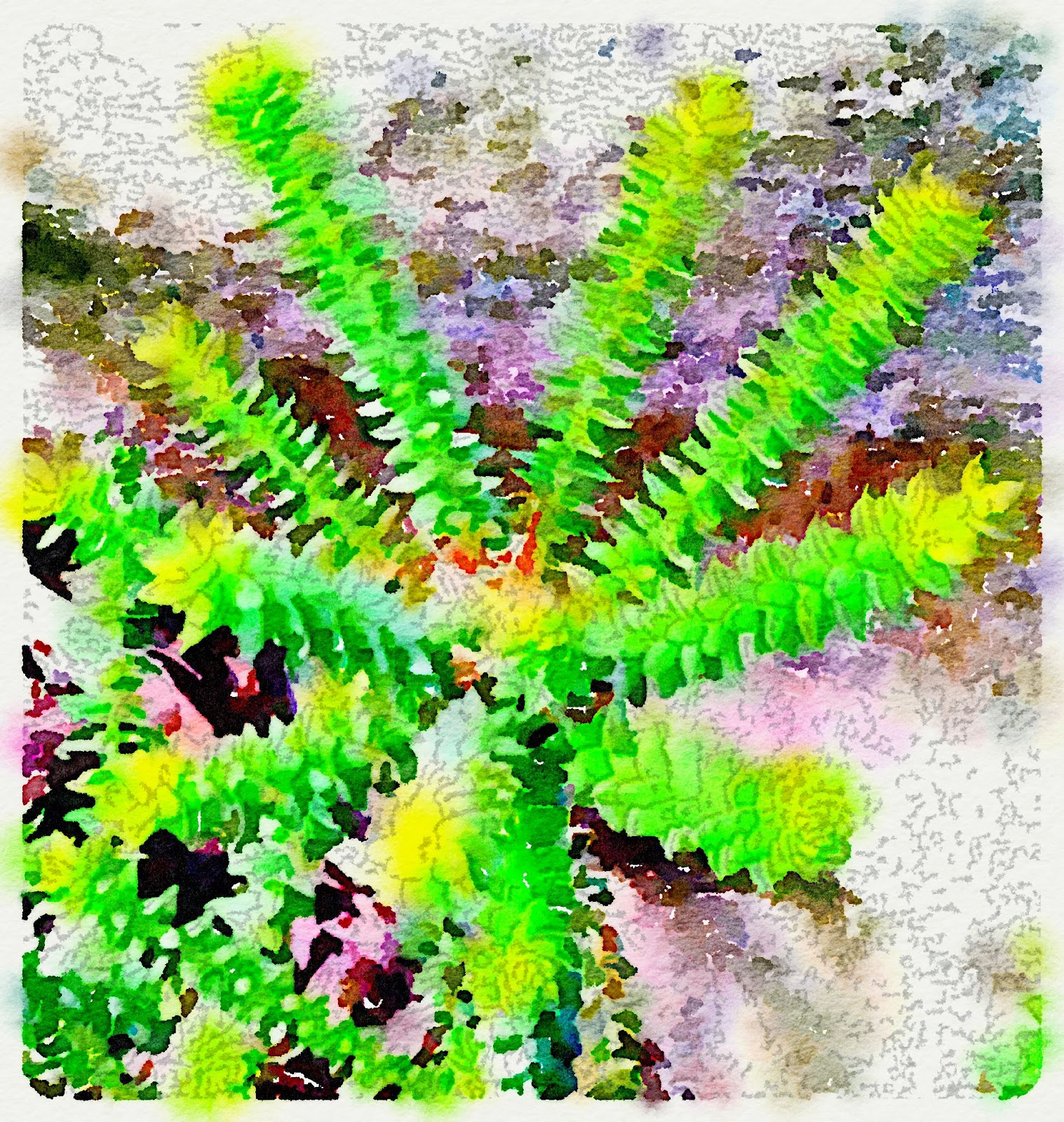 Buchu: this is a mint-like herb used for teas or as a garnish in South African food.
Where to buy: Holland and Barrett.
Kapokbos: wild rosemary with cotton bush like flowers.

Rape: I used the leaves of the rape seed plant in curries. They are sturdier than spinach but not too dissimilar.

Pumpkin leaves: this is also a common vegetable used in African stews. 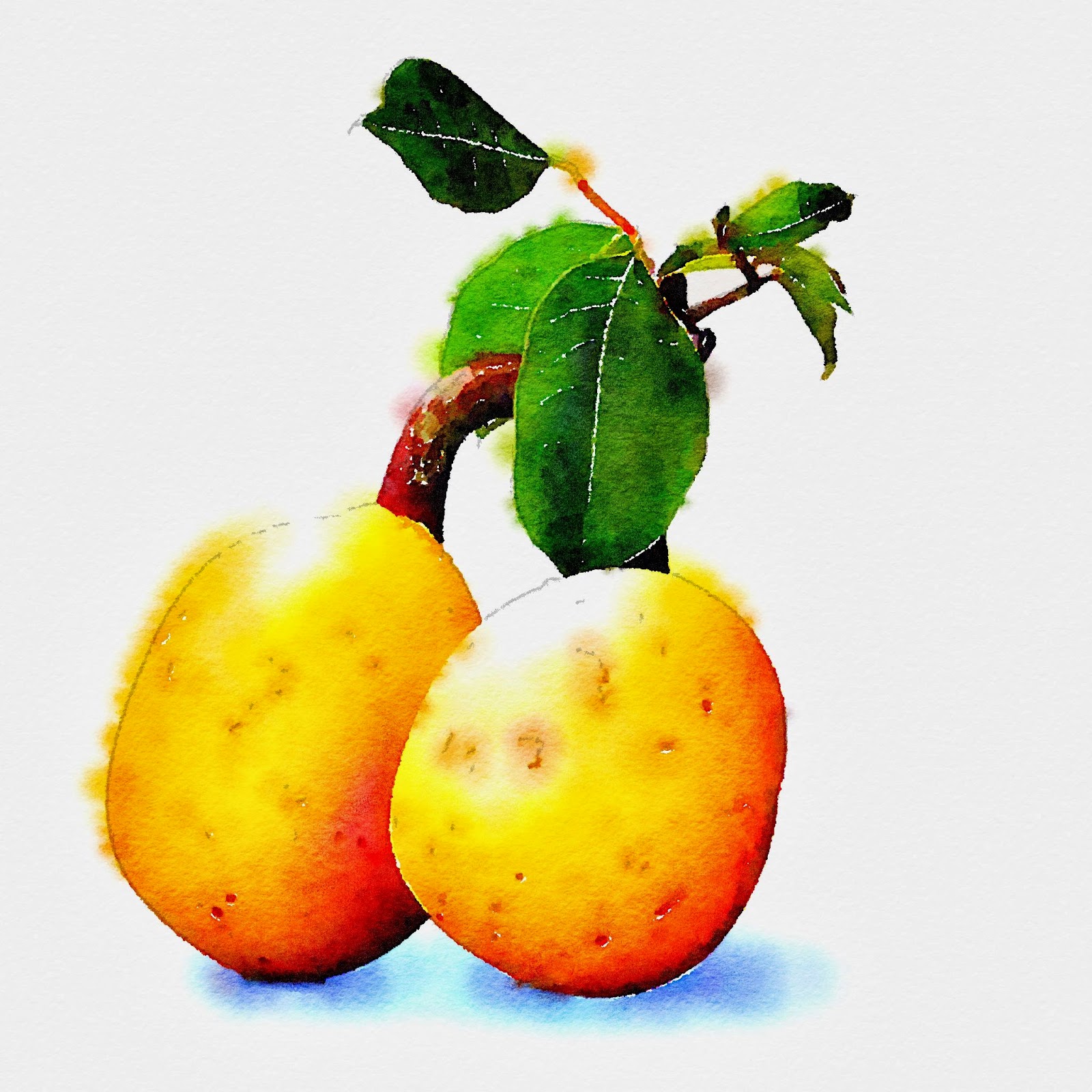 Marula: this are often eaten dried as in ‘stix’ or used in the South African liqueur ‘Amarula’ which is a bit like Baileys. You can eat the flesh or the nut or extract oil from it. In Gabarone, I saw monkeys picking on the ripe fruits, they may even get drunk on the fermenting fruit. On my safari in the Botswana delta, we camped under a Marula tree, the ground below festooned with the football-like turds of the elephant, studded with Marula fruit. During the night, elephants came into our camp to continue snacking.
Where to buy: you can buy them as an oil or in the form of a liqueur called Amarula. 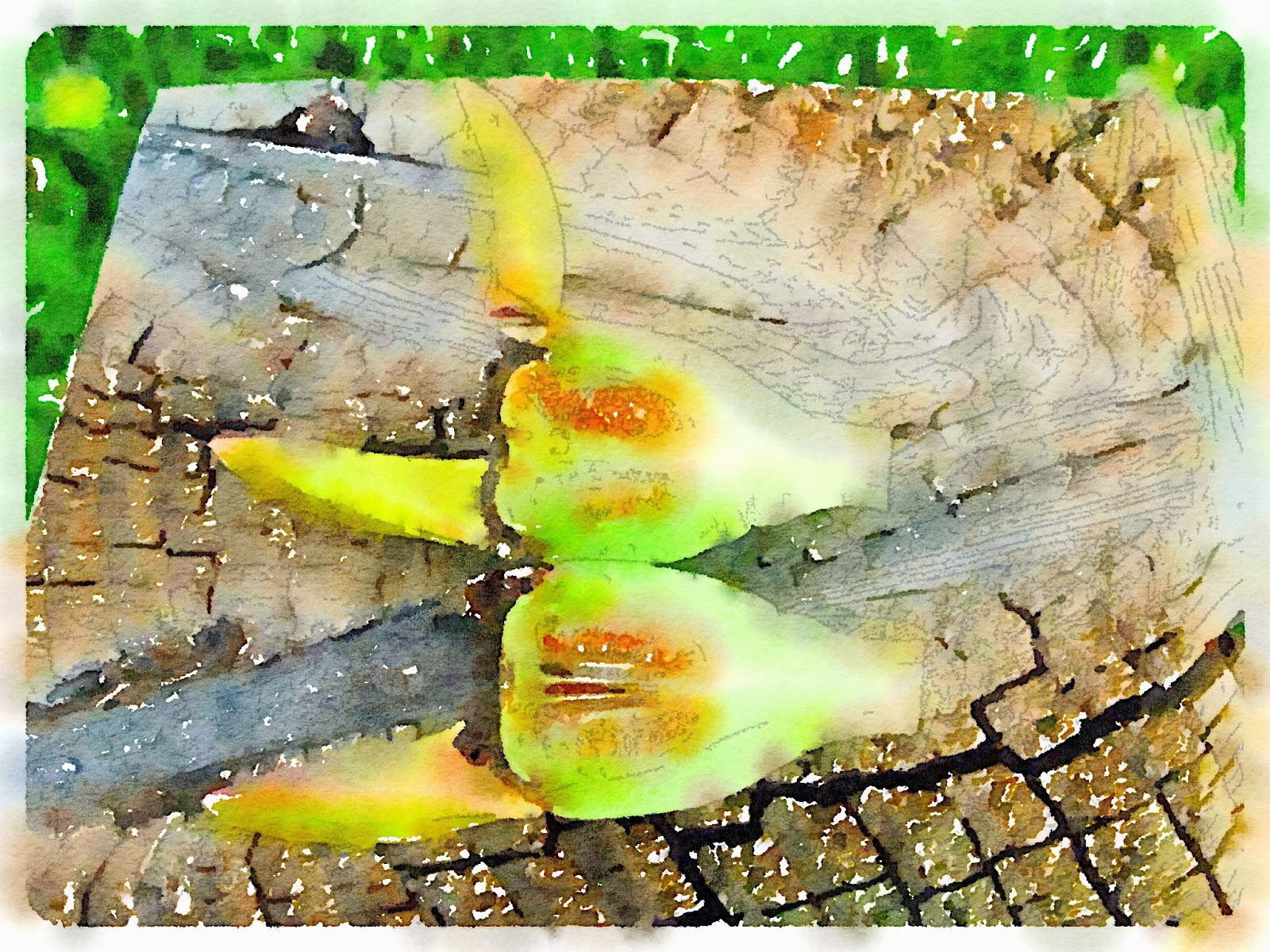 Sour fig: the fruit of a succulent plant growing in the Cape.
Where to buy: online at The South African Shop. 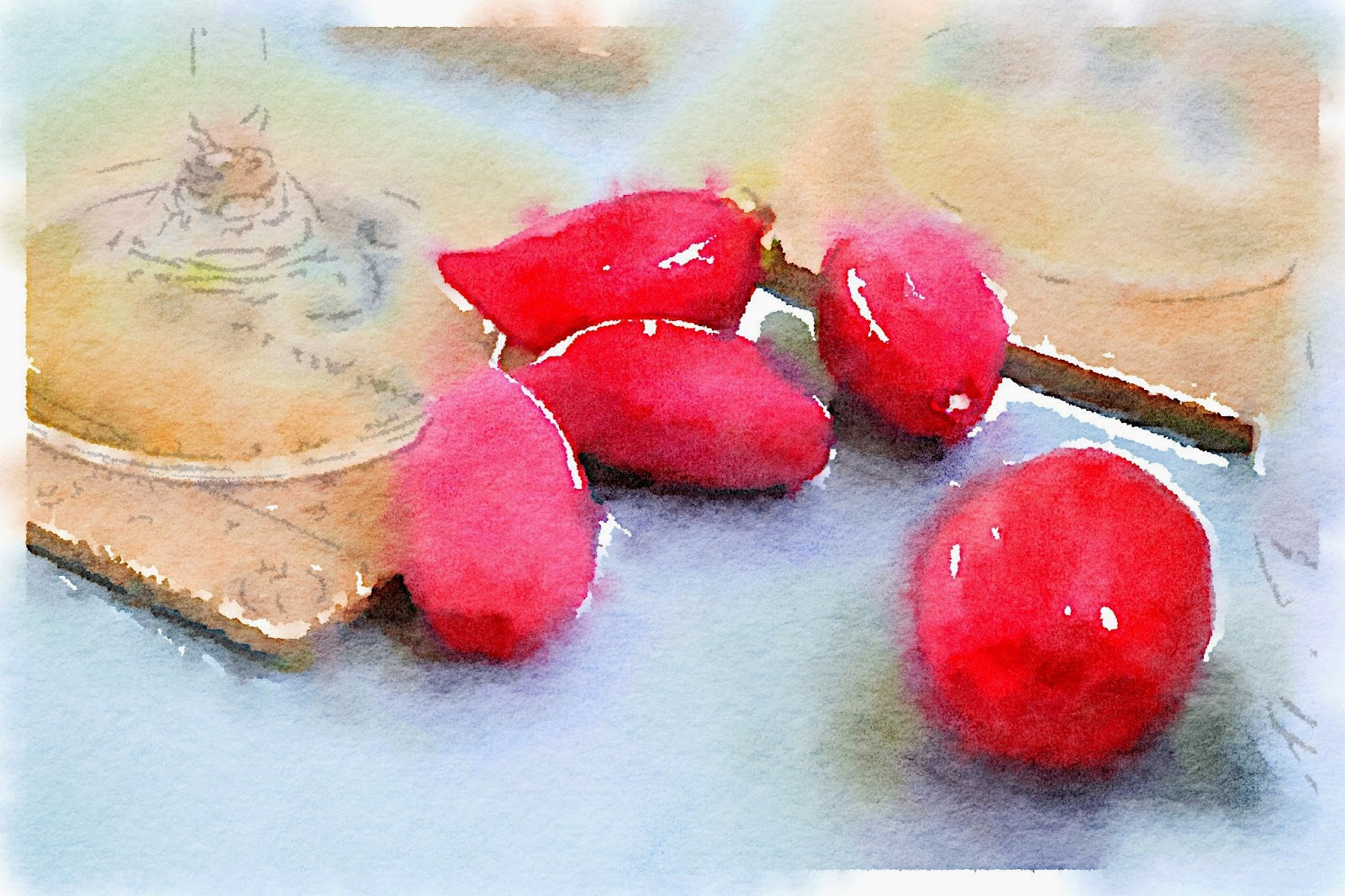 Numnum: natal plum, a sour plum that grows wild. The fruit can be stewed, added to porridge or made into a fruit soup. I interviewed Franschhoek-based chef Margot Hanse of ‘Le Quartier Francais’ restaurant The Tasting Rooms. She tries to use native African ingredients and to fuse them with modern cooking techniques. The numnum, like the fig, contains edible latex in the skin. While the fruit is delicious, the rest of the plant is very poisonous.
Where to buy: you can buy the plant!
Mebos: salty sour apricots
Where to buy: at St. Marcus Fine South African foods

Previous Post: « South African fruit: why you should buy it
Next Post: Recipe for cod with Bengali lime »