I’ve just spent the last week visiting fruit farmers in South Africa. I visited the orchards, the packing houses, the headquarters of their trade organisation (Hortgro), the houses of both farmers and workers, and projects for the workers. The latter included creches, nursery schools, soup kitchens, housing and medical programs. The biggest export market for South African fruit farmers is the UK and Europe, we are the closest Northern Hemisphere market for them. These guys, from the land of the big five (lions, elephants, rhinocerous, buffalo, leopard) talk to our big five supermarkets all the time (Tesco, Morrisons, Waitrose, Asda, Sainsburys). Here is a primer on what I learnt during my trip. Please feel free to comment below.

Why buy fruit in South Africa?
Seasonality: hey we have lots of marvellous British fruit, why are we buying their produce?
Their season doesn’t clash with ours. Our apples have run out by November, even the ones kept in cold storage. The South African/Southern Hemisphere fruit season starts in January, running through to June. If we want fresh fruit, we are obliged to import them.
The problem for South African fruit farmers is that we don’t associate fruits like peaches, nectarines, even plums, with winter food, we associate them with summer. They want us to eat their fruit during their season, when their fruit is ripe. Check out my plum clafoutis recipe here, a lovely warming winter pudding.
Food miles: isn’t this bad? Getting food from abroad? Aren’t we all supposed to source our food locally?
99% of South African fruit is shipped not flown. Once it’s picked and packed, it’s loaded into cool containers on ships and taken to the UK/Europe/the Middle East. As I said before, we are their closest Northern Hemisphere neighbours. Similar fruit grown in South America, gets exported to the North American market, Australian fruit is shipped to Asia, for example.

Economically: buying South African fruit is helpful for the South African economy. The only way that a post-apartheid South Africa is going to work is if there are jobs. (Approximately one job is created per hectare of fruit farm). If parts of Europe are suffering from poverty and unemployment, you can believe that life is a whole lot tougher for South Africans. It’s true that many of the farmers are white, and many of the workers are black. There are BEE projects (Black Economic Empowerment projects) which encourage and support black farmers. But it’s not that simple. Farming is risky, always has been. We met one white farmer who lost his entire crop to hail last month, the damage will affect his fruit trees for years to come. Many farmers are ruined when there is adverse weather or say, poor exchange rates. While the white farmers have been doing this for generations, black farmers are new to the perils and pressures of running a farm. It will take time for them to get up to speed. I heard examples of the difficulties involved with BEE schemes: one government farm was given to a black guy who was previously a foreman of a farm. His workers didn’t respect him. They thought of him as one of them, not as the boss. Another example: a BEE project was run by a black farmer, it made a loss every year, then three years ago a coloured farmer took over, and it now makes a profit. This must be heart breaking for the black farmers; you suffer and agitate for change for years, you finally achieve your dream, you get your own land, but it goes wrong and you are defeated, it’s just too hard. Gradually however, the training programmes, the experience gained, will kick into place. South Africa is basically 20 years old, it’s new, there is a long way to go. As the richer Northern hemisphere, we owe it to them to trade with the poorer Southern Hemisphere. Although trade is also increasing within Africa itself. 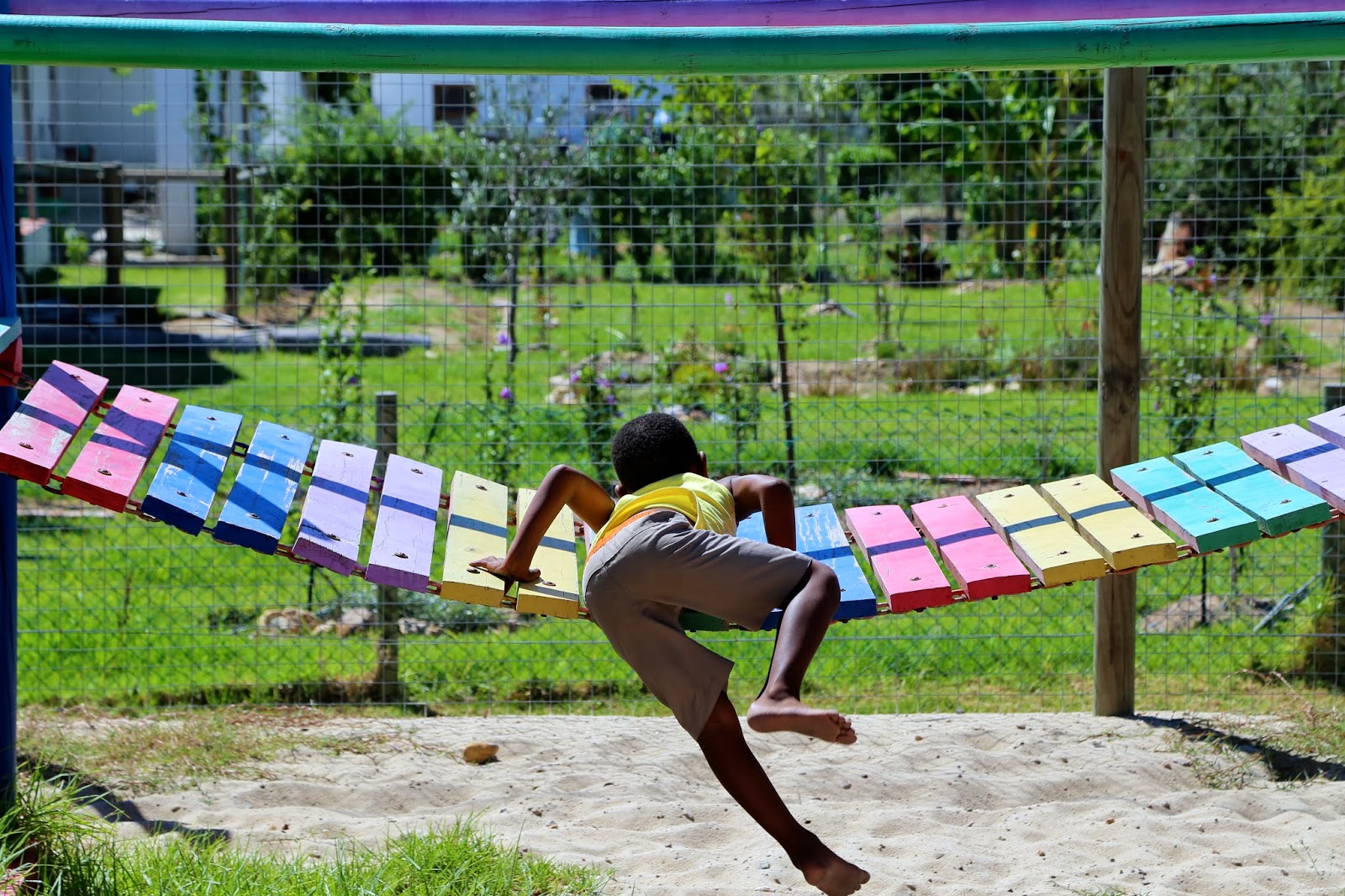 Politics of Colour: South Africa, sadly, is still all about colour, just as the UK is all about class. The ‘shadism’ that operates still in South Africa is something to behold. Within the ‘rainbow nation’, you have white, black, coloured (Cape Malay) and even ‘brown’ as some people refer to South Africans of Indian origin. The Cape Malay/coloured farmers I spoke to at the BEE project said that under the ANC government, coloureds are considered ‘too white’ to benefit from government help. Whereas, bizarrely, Chinese people have been reclassified as ‘black‘, no doubt to obtain Chinese favour (China is investing heavily in Africa). However things ARE improving: there are now more rich black people in South Africa than rich white people. This is what is going to save South Africa. But many are concerned about the popular anti-white rhetoric of Julius Malema, former leader of the junior ANC, who is described as a mini-me Mugabe. Now Nelson Mandela’s gone, the passing of an era, the future of this beautiful country is going to be interesting.

Social programmes: South African fruit farmers make sure their permanent workers are paid above the minimum wage and organise several projects to deal with health issues and education. We visited some of the homes of the permanent workers at the Cape Dutch Babylonstoren farm (which has a fantastic restaurant, garden and a stunning cookbook). Once they retire, they are allowed to stay in their homes for the duration of their lives. We also visited NorSA, located within a township, which is a combined Norwegian/South African social programme for orphans. NorSA place six children to a house, looked after by a ‘house mother’ such as Primrose above. This creates family style bonds with a ‘mother’ and siblings. NorSA also have a clinic. A third of black South Africans have HIV. This clinic gives out condoms (male and female, but sometimes they use the band around the female condoms as bracelets!) and perform HIV tests (nowadays the results are within 15 minutes). The creche and after school project educates the children from a very young age, which gives the best chance of turning their lives around. They have just had their first university graduate, something that would have been impossible with the help of NorSA. HortGro helps to finance this project.
If you would like to donate to the NorSA project, helping educate people within townships, provide HIV testing and healthcare, house HIV orphans with house mothers, please donate here.

Permaculture: South African fruit farmers are constantly evolving new methods of pest control which eliminate chemical spraying. We visited a fruit fly facility which sterilises the male fruit flies, hence the females lay eggs that do not hatch.
Developing new cultivars of fruit: we visited a lab which creates new types of apple, pear, plum. This is not GM food, it is done via old fashioned plant breeding programmes. I tasted several fruit that were the result of years of experimentation. It takes a long time to get one of these fruit into the market. One apple, a ‘zonga’, I really liked, a tart apple.
“Who decides to go forward with this apple?” I asked the scientist.
“The farmers do, it’s up to them, it’s totally subjective” he replied.
“What about chefs? Do chefs have any influence on what you grow?”
“No, none at all. It’s the farmers’ risk after all”. So far no farmers have chosen to grow the ‘zonga’.
Once a new cultivar is chosen, fees have to paid to the developers. For instance the ‘pluot’, a combination of plum and apricot, a favourite with chefs, was originally created in California. The farmers pay a royalty to the company that created it; an upfront amount and then a percentage of every sale.

Marketing: despite the ‘5 a day’ marketing campaign, the British are eating less fresh produce every year. Partly this is down to price. Poorer families regard fruit, particularly soft perishable fruit which spoils easily, as a luxury item. If you are broke, you would rather buy tinned.

Less is spent on marketing fresh produce than junk food. Five million pounds a year is spent on advertising fresh fruit and vegetables, a pitiful amount considering that the sector is worth 1.5 billion pounds in the UK. The supermarkets also bear responsiblity for this situation; their mark-up on fresh produce is 40-50% while their mark-up on junk food, crisps etc, is in single digits.
Why is marketing important? Because it works, to a certain extent. The 1970s marketing drives for fruit such as Golden Delicious, Granny Smiths and ‘Le Crunch’ apples for example, is still influencing purchasing choices for shoppers. We’ve heard of those apples, so we buy them. This is why South African farmers are inviting food bloggers, journalists, chefs to taste their fruit, visit their farms. If we don’t know about their juicy, flavoursome fruit, we don’t buy it.