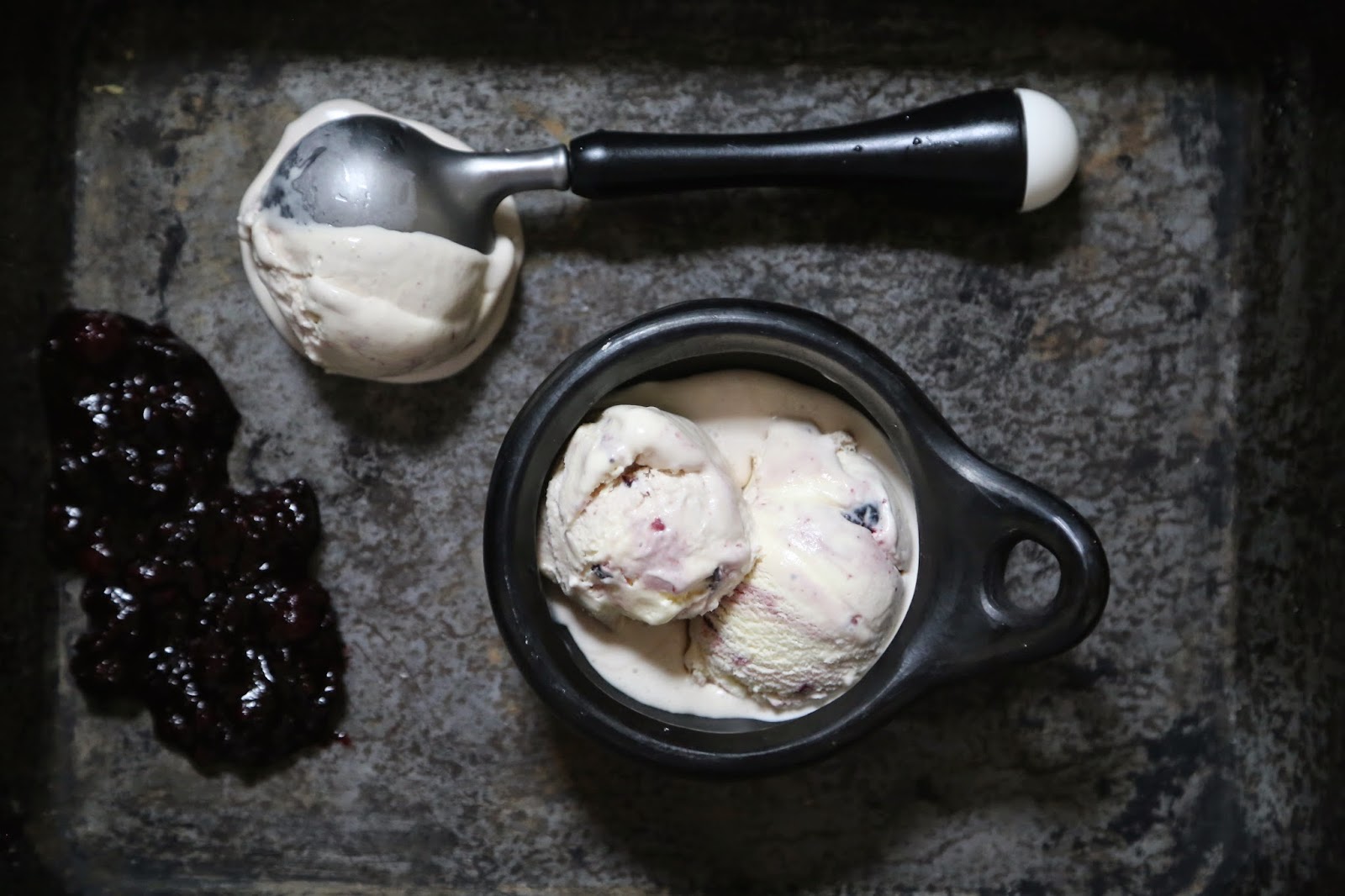 Tomorrow it’s going to be boiling weather. Ice cream weather in fact. Time to dust off the ice cream maker.

Make the custard base for the ice cream by putting the milk, cream, sugar, salt, vanilla paste in a medium saucepan on a medium to low heat. Heat gently until the sugar dissolves. Have the whisked yolks in a separate bowl, then ‘temper’ the ice cream by adding a few tablespoons of the warm milk/cream to the egg yolks, stirring. Then dump the egg yolk mixture into the saucepan containing the milk/cream, stirring with a wooden spoon or rubber spatula. Continue to heat gently until you can run a finger down the back of the spoon/spatula and it leaves a clean line through the mixture. Remove from the heat and leave to cool. (If you need this quickly, put the pan in an ice bath, making sure no water gets into your custard.)
Once cool, add the mixture to your ice cream maker and churn according to the manufacturers instructions.
To make the ripple, put the blueberries into a small saucepan on a medium heat. Add the sugar and cook until the blueberries break down and you have a syrupy mixture. I don’t mind a few chunkier pieces of blueberry in there but you could strain the skins out if you wish. Leave it to cool.
Then ten minutes before your icecream has finished churning, add the blueberry syrup in a steady stream to the ice cream. I probably could have added more and had a stronger ‘vein’ of blueberry but I was a bit nervous because it looked like the ice cream was going purple all over. But when I dug below, it was streaked so don’t be scared! 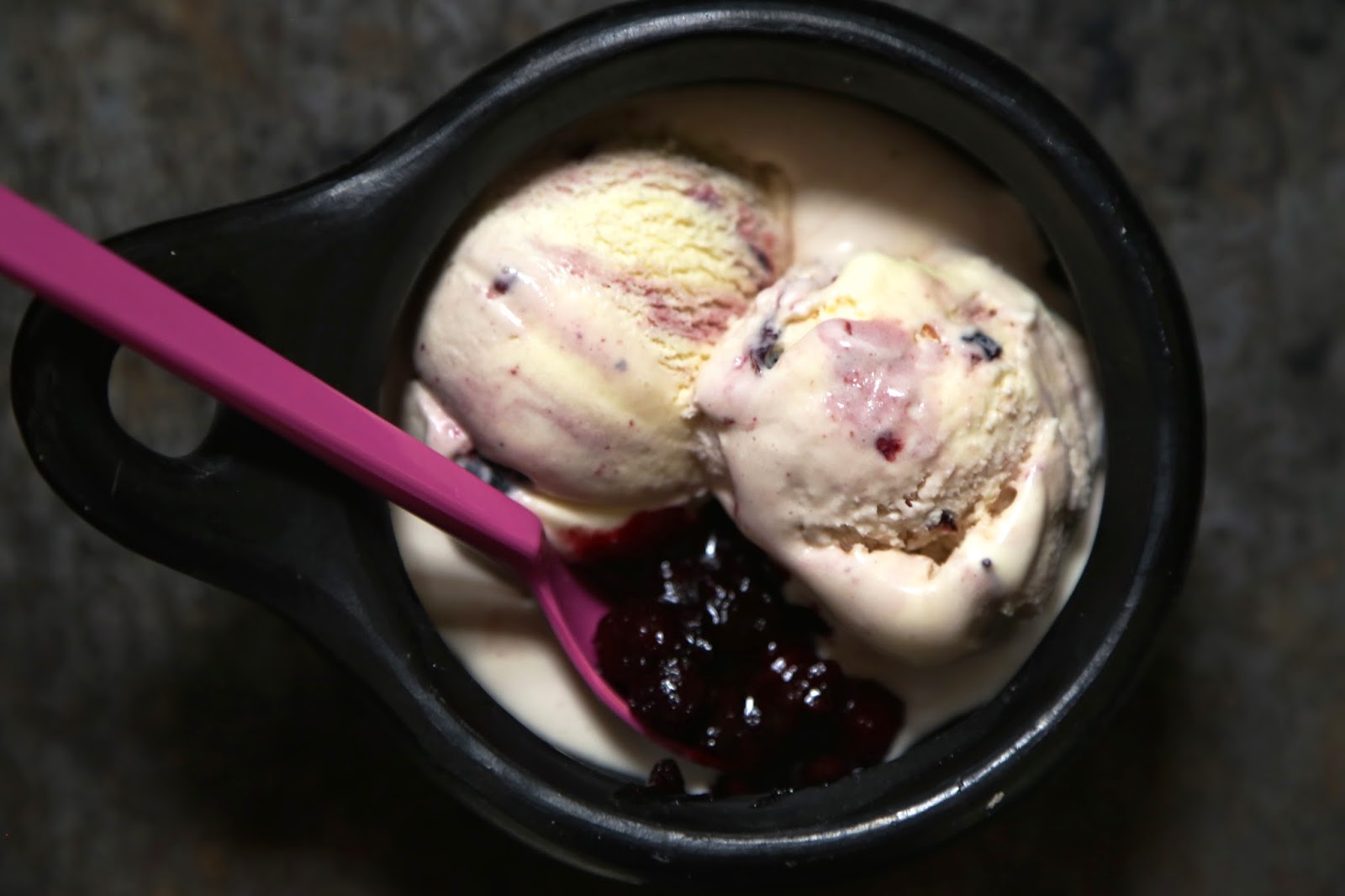