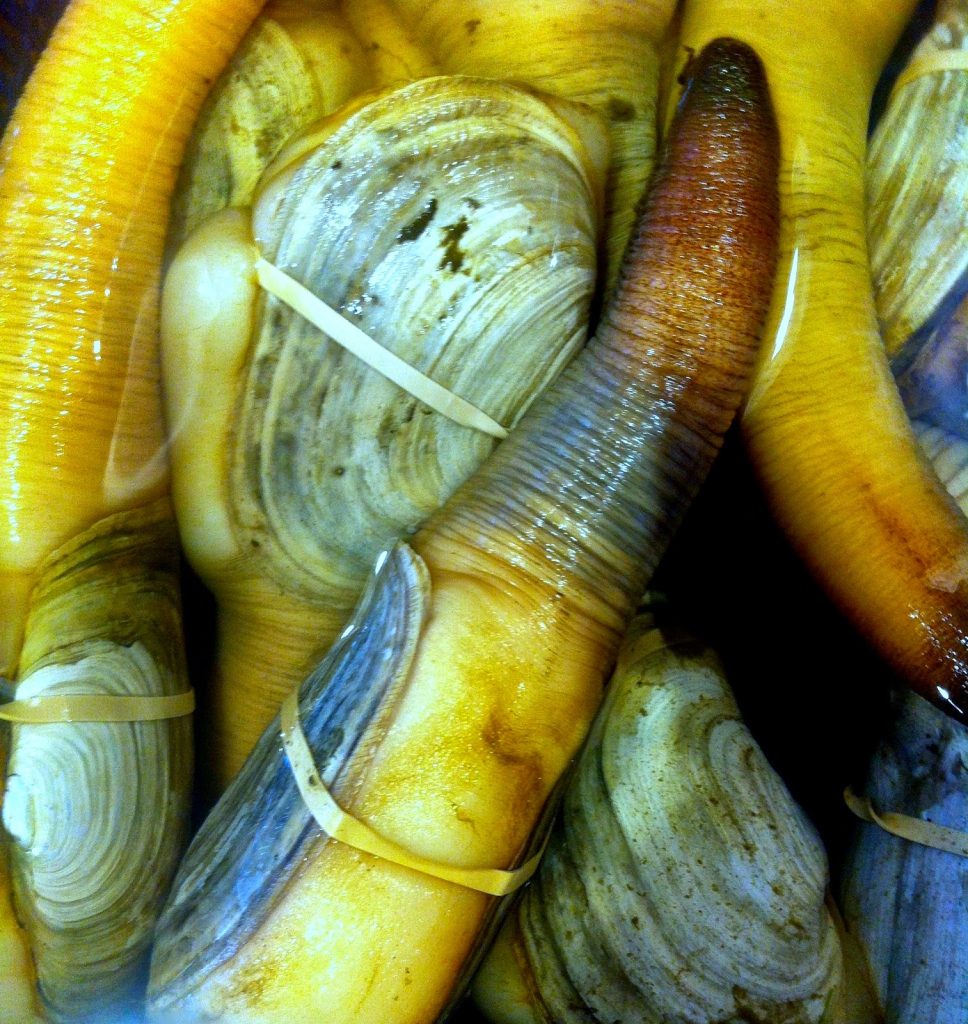 It’s pronounced ‘gooey duck’ but is not a duck although kinda gooey inside according to the waiter at Taylor Shellfish Farms restaurant.
I’ll be honest, I didn’t have the courage to try it. ‘I’m scared’, I whimpered. ‘Don’t be, I’m here’ whispered the sweet-faced blue-eyed waiter with a bat tattooed on his thorax. Words to fall in love with when you are travelling on your own and have hiked up the steep hills and long blocks of Seattle in the rain. I looked like a drowned rat.
This was the culmination of a day-long quest to find a geoduck, a creature that breeds and lives deep in the sand at Puget Sound, that stretch of water alongside Seattle. I tried everywhere in Pike Place, the main food market. I was told that they are all exported to Asia, where the geoduck is considered a delicacy. A friendly Seattle resident pointed me towards Taylor Shellfish Farms.
What the hell is it? Is it the sandworm from Dune? No, this maggot-headed creature is a giant clam in the style of long neck clams. They can live between 100 and 200 years and are generally about a metre long.
What do they taste like? Reportedly, they have something of the flavour of tuna but chewier. At Taylor Shellfish Farms Restaurant, the neck is sliced finely and served as sashimi. 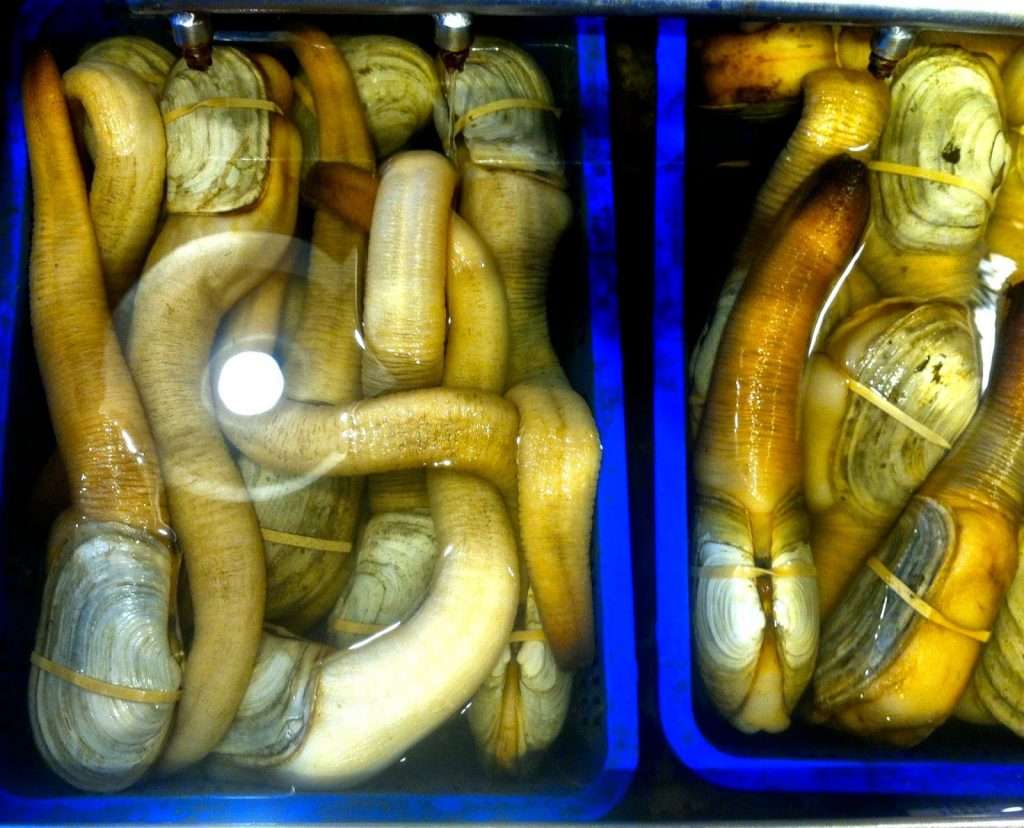 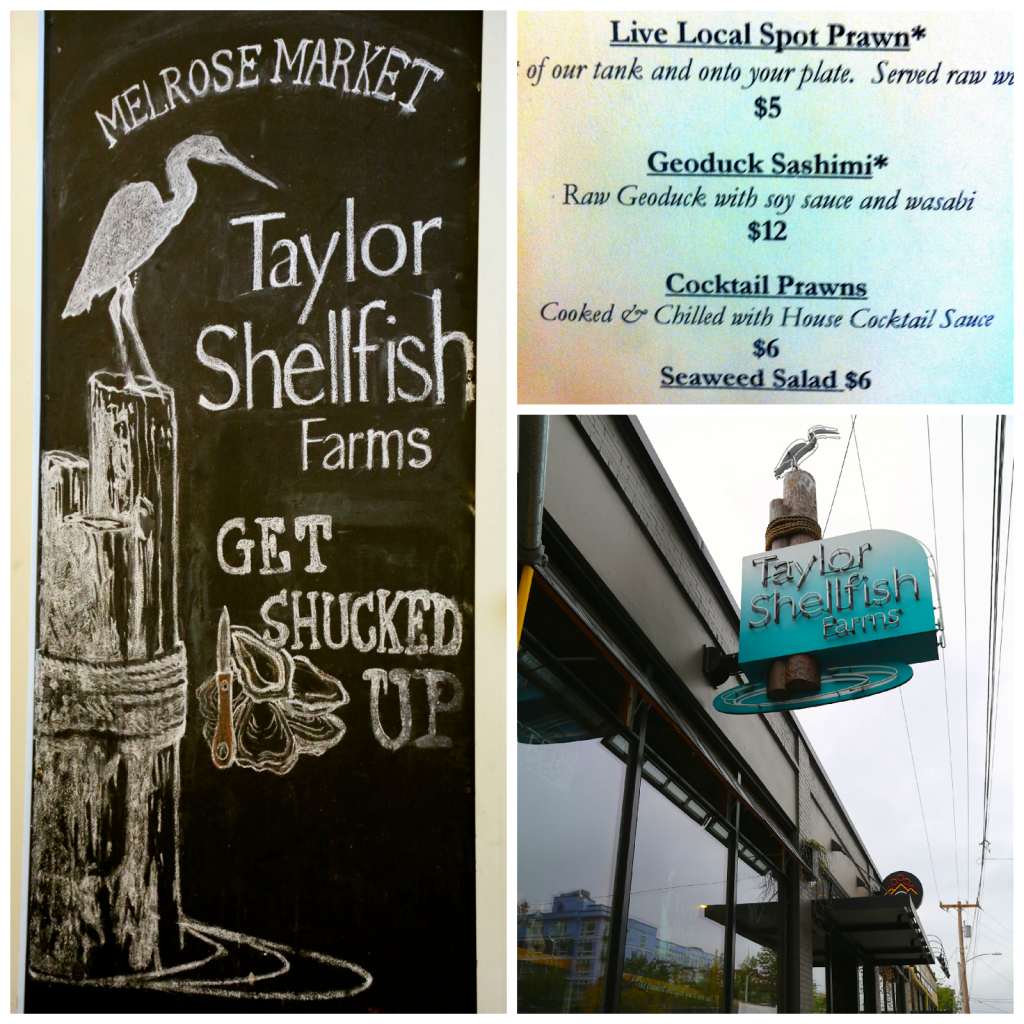