This is a selection of books that I have been sent over the last few months rather than the last word in Christmas gifts. But here at least there is more variety than just buying Jamie’s latest Christmas opus (he certainly needs no help from the likes of me). This list only has one blockbuster, a reissue of Nigella’s Christmas book.
For women who like pretty books: 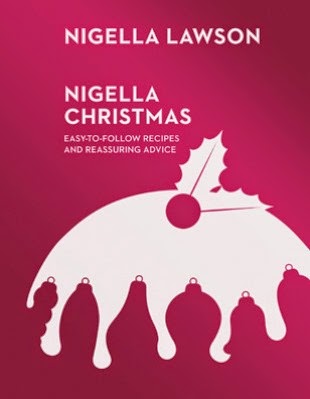 Nigella Christmas by Nigella Lawson (Chatto & Windus reissued 2014)
Love the new cover of this reissued book.  This is a cookbook that feels like a friend holding your hand, helping you through Christmas, the toughest meal of the year. She may be a cocaine-sniffing, spliff-smoking, mustard-carrying, downtrodden billionaires ex-wife down to her last 20 million quid but Nigella Lawson is a sensualist who loves eating as much as cooking and her writing has an intimacy that makes you feel like you know her. I really like those modern British nature goddesses Nigella, Diana and Cheryl.
What to cook: Christmas sprouts, eggnog syllabub, gleaming maple cheesecake 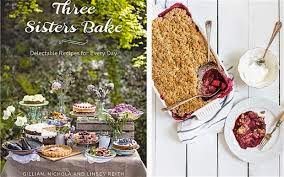 Three Sisters Bake by Gillian, Nichola and Linsey Reith
As a person who has a fraught relationship with my own sister,  I am starting to think there are altogether too many sisters (and of course they all ‘like’ each other just like real siblings- NOT) around in the food world right now: those Welsh birds that pretend to be Italian, the Hemsleys and now this lot from Scotland who I’ve never even heard of. I’m sure they are lovely but their book is soft-focus lifestyley and ‘look at us, we are sweet unthreatening girls in every flavour: a blonde and two brunettes’. One for fans of their cafe probably. Nice photos though.
What to cook: giant Empire biscuits 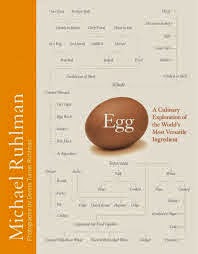 Egg by Michael Ruhlman (Jacqui Small 2014)
I already have Ruhlman’s book Ratio and I enjoy his approach to food writing and cooking. I already have a great book on eggs by Michel Roux, but Michael Ruhlman’s heavy and well illustrated volume features many tempting egg recipes, which is saying something, as I don’t particularly like eggs.
He divides the recipes into whole and separated eggs, in the shell and out of the shell. He writes about what to do with the yolk and what to do with the white and what to do with a blended egg. He opines on the correct way and difficulty with cooking an omelette or an egg salad, both exquisite examples of simplicity that are hard to get just right. He puzzles that while an egg is perfection design-wise, it is also one of the cheapest ingredients we can buy.
What to cook: Nougat (using the white), traditional Bearnaise sauce (using the yolk), traditional egg flower soup (blended) 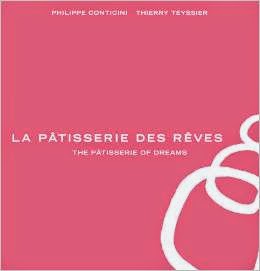 La Patisserie des Reves by Philip Contoncini and Thierry Teyssier (Grub St 2014)
Really intimidating super-glossy professional patisserie cookbook. One doesn’t even dare attempt any of the recipes. Maybe I’ll have a bash one day, see if they work. The Japanese love this sort of stuff: tiny, pastel, cute, shiny, perfect pastries and cakes. Unreal. Not sure why the slightly shitty picnic in the park photos are there either, they don’t go with the rest of the book.
What to cook: Brown Sugar waffles, Rich coffee log, Sugared almond cake (love sugared almonds).

Books to slip inside your suitcase: 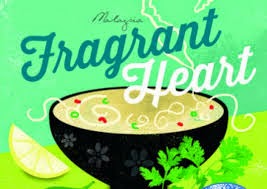 Fragrant Heart by Miranda Emmerson (Summersdale 2014)
This is a first book by Radio 4 journalist Miranda Emmerson recounting a year living in China with her boyfriend before returning home to the UK, settling down with marriage and kids. She also travels to Thailand, Cambodia, Vietnam and Malaysia. At the end of each chapter there is a recipe, relevant to the part of Asia she is visiting. Now, we all want to write Nora Ephron’s Heartburn or Jorge Amado’s Dona Flor and her Two Husbands, both of which combine love and recipes seamlessly and wittily. But this is surprisingly hard to pull off.
As a single mum, I have a hard time with books that talk about partners, it’s literally the last thing I want to read about, so for me the boyfriend stuff was off-puttingly co-dependent.  As a first book, it is  bravely honest, and Miranda comes across as rather lonely and vulnerable, making the best of things in a high-rise flat on the outskirts of Beijing while her boyfriend is out at work all day. He irritated me, seeming distant and a bit heartless towards her. (Whether this is a fair reflection of their relationship, I don’t know, but I was mentally urging her to be tougher with him). I also felt that the book could have done with some editing. As someone who earns my living from food, I was wondering why I should be following her recipes. Only halfway through the book was the importance of food in her family properly explained, this should have been the first chapter of the book. I found it weird that, as a vegetarian, she was listing meat recipes. (More boyfriend-pleasing behaviour?) Good gift for young marrieds who are going travelling.
What to cook: Pineapple rice, Fish fragrant aubergine 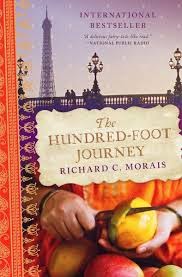 The 100 foot journey by Richard C. Morais
This is currently my tube book. It’s so beautifully written, the descriptions of food preparation, cooking and buying at the market are virtuoso. I hate unnecessary adjectives but Morais knows how to make them work in prose, he paints pictures with words, you can see the scene before your eyes as you read. I saw the film which was a lovingly photographed, feel-good couple of hours.
What to cook: no recipes, but you will be dying for a curry the whole time you read it so stock up and prepare. 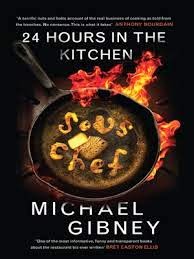 Sous chef by Michael Gibney (Canongate books 2014)
This is the kind of book that blokes really like. It’s all macho cooking, male bonding, gee I’m so tough stuff, over the steel counters of a pro kitchen, then getting drunk afterwards. He only gets to see his girlfriend for about five minutes a day. It is well written and takes you through 24 hours ‘on the line’ in a high pressure kitchen; the hierarchy, tasting the ingredients, the suppliers, the cliques (the latinos basically running the whole caboodle). This is updated Kitchen Confidential land but you get the feeling Michael Gibney takes himself more seriously as a writer and a cook than Anthony Bourdain. I did feel like yelling at him ‘go home and get some sleep you silly billy’ at the end of the book when he’s burning the candle at both ends.

For your Christmas stocking: 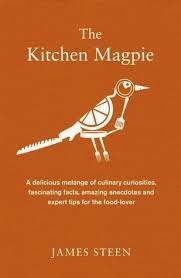 The Kitchen Magpie by James Steen (Icon books 2014)
Being a small handy size, with a hardback, this is a really good Christmas stocking/loo book. You can dip in and out, gleaning intriguing bits of info, cookery tips from famous chefs, lists and handy hints. A good present for dads who like to cook.
What to cook: Earl Grey sorbet, 3 types of Mauritian chutney 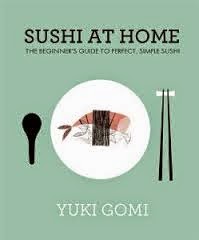 Sushi at home by Yuki Gomi (Fig Tree 2013)
Well designed with clear instructions, this is the best book I’ve read on sushi making. One for fans of Japanese food.
What to cook: beans with black sesame sauce, soba sushi, pressed trout cakes with bamboo leaves 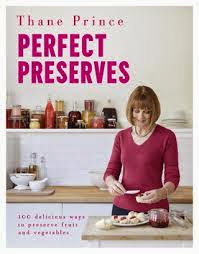 Perfect Preserves by Thane Prince (Hodder and Staughton 2014)
The gorgeously statuesque Thane Prince (woman of a certain age who is still stunning) is a presenter of The big allotment challenge but also a veteran cookery book writer and columnist. Here she brings all her experience to the subject of preserves. There are interesting recipes which I’m going to spend some of the winter tackling. Fantastic for those with allotments who need to use up excess fruits and vegetables. I’ve always wanted to write a book on condiments, I’m a bit condimental, and this book is very much along the lines of the book that I would have liked to have written. Well done Thane!
What to cook: Spiced pumpkin and maple syrup butter, chestnut and vanilla conserve, rhubarb and custard curd, to name but a few. 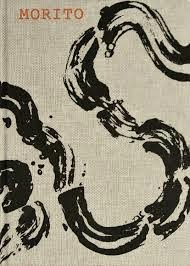 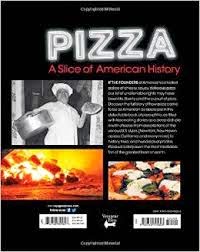 Pizza, a slice of American history by Liz Barrett (Voyageur Press 2014)
a) I love the idea that you can be a ‘pizza journalist’. b) pizza is actually quite hard to make well at home c) she talks about the different types of pizza (New York Neopolitan style pizza; Chicago deep dish; Newhaven, thick Sicilian ‘grandma’ pizza; topping-heavy Californian) that exist in America. There are chapters devoted to the sauce, the cheese, the dough plus interviews with chefs and other pizza journalists. A fascinating read by an expert in their subject and while the photos and design leave something to be desired, this is a great gift for dads, pizza freaks, food anthropology students.
What to cook: St Louis style pizza, tomato pie

For hosts and hostesses: 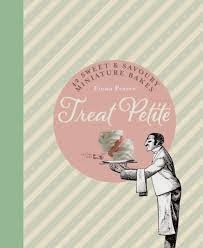 Treat Petite by Fiona Pearce (Ivy Press 2014)
Beautifully designed little gift book with canapes and miniature versions of dishes, including a ‘life-size’ photo. I haven’t cooked anything from it yet, but I can see myself delving into this ahead of a party.
What to cook: miniature Victoria sponges, polka dot lemon shortbreads 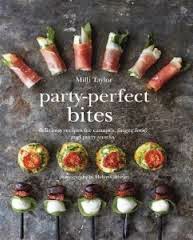 Party-perfect bites by Milli Taylor (Ryland, Peters and Small 2014)
Again, a great book, with gorgeous photography, for inspirational ideas on what to make for parties. The book is divided into chapters based on regions such as India, Asia, North African, The Americas, Scandinavian, Mediterranean, dips and sweets so it’s very easy to find something appropriate to the occasion. Milli also does Secret tea parties, see her site here to book.
What to cook: borek, pani puri (dying to try these) 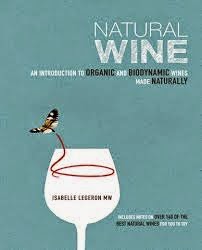 Natural Wine by Isabelle Legeron (Cico books 2014)
I’ve been on a couple of natural wine trips (Georgia, Slovenia) with Isabelle Legeron and so have seen up close how passionate and knowledgeable she is about natural wine. Therefore I was excited to see this well designed book explaining the history and provenance of natural wine. She divides wine into the classic sparkling, red, white and rose but also expounds upon ‘orange’ wine. She explains the difference between natural, organic and biodynamic wines. In the wine world natural wine is rather a controversial subject, it can be a rough and ready shock compared to the bland homogenised modern wine industry. Natural wine is like punk rock to the wine industry; young, uncultured and raw; like punk, its influence will filter through to the mainstream, no doubt. 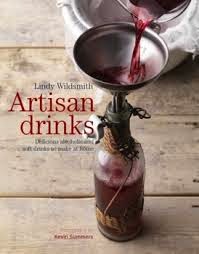 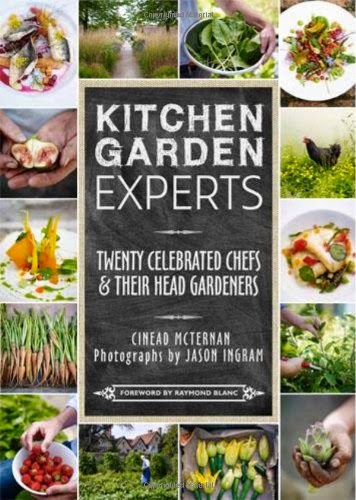 Kitchen Garden Experts by Cinead McTernan (Frances Lincoln 2014)
If I were to write a gardening and food book it wouldn’t be dissimilar to this lovely volume. There are visits to famous kitchen gardens such as that of The Ethicurean, Le Manoir aux Quat’Saisons (Raymond Blanc), The Pig hotel, River Cottage, L’enclume (Simon Rogan) to name but a few. This book is just as foodie as green-fingered so a great gift for cooks while giving advice on gardening. It’s also nicely illustrated with photographs with an easy-to-read lay-out.
What to cook: The George and Dragon’s baked gooseberries with lemon verbena icecream and flapjack, Skye Gyngells’ plum and almond flan

What books on food or drink have you bought this year? Any particular recommendations?