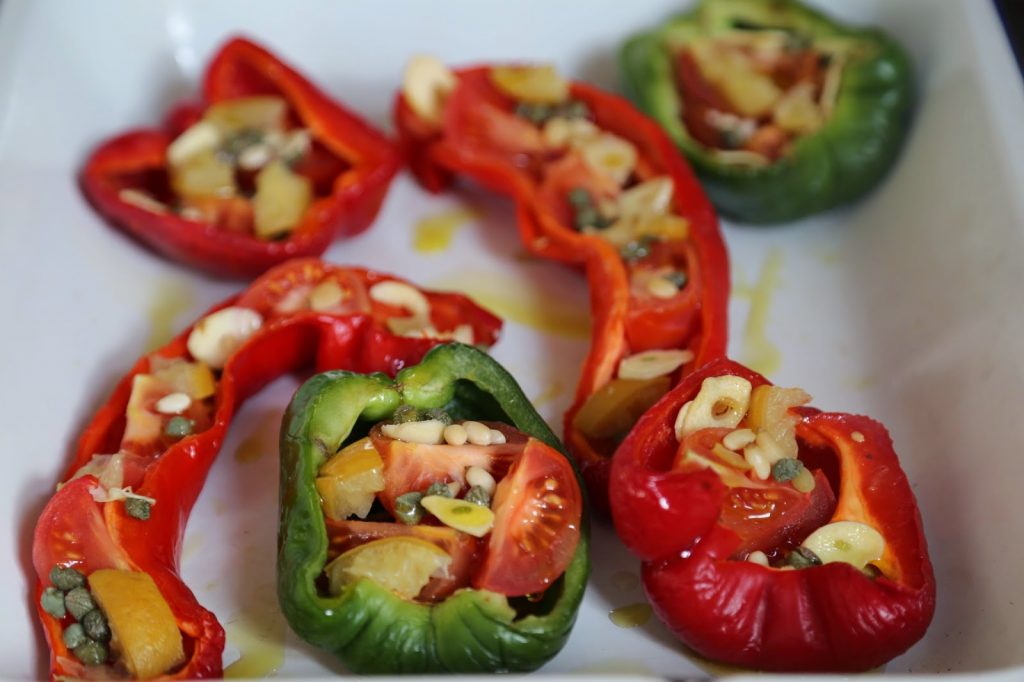 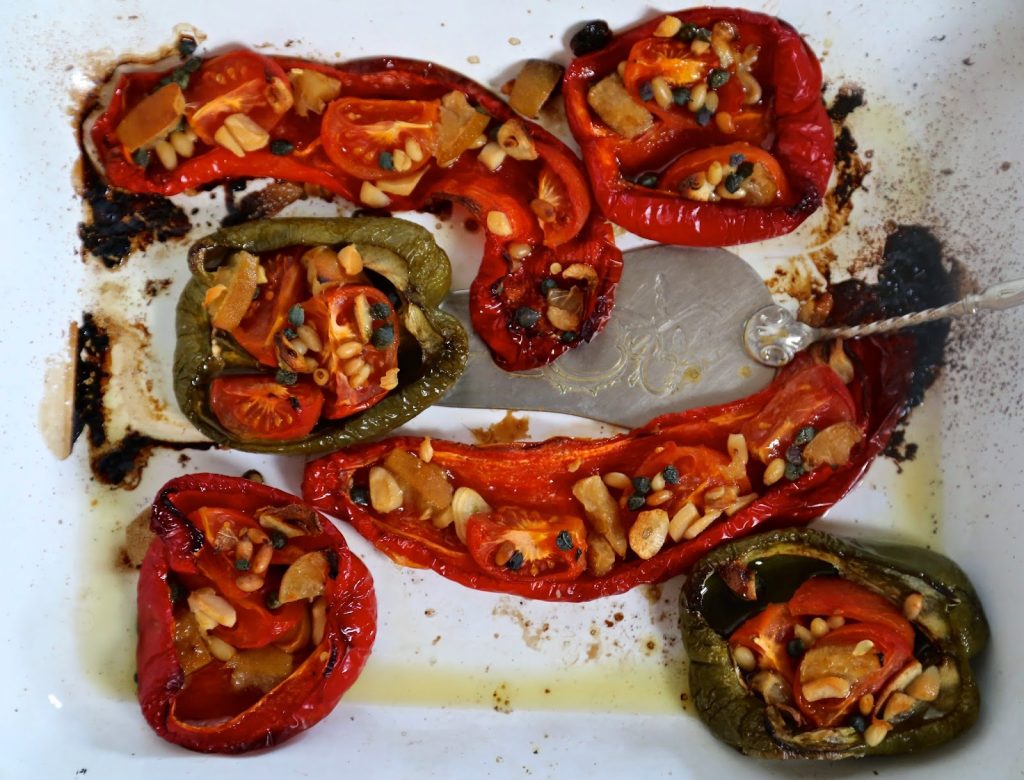 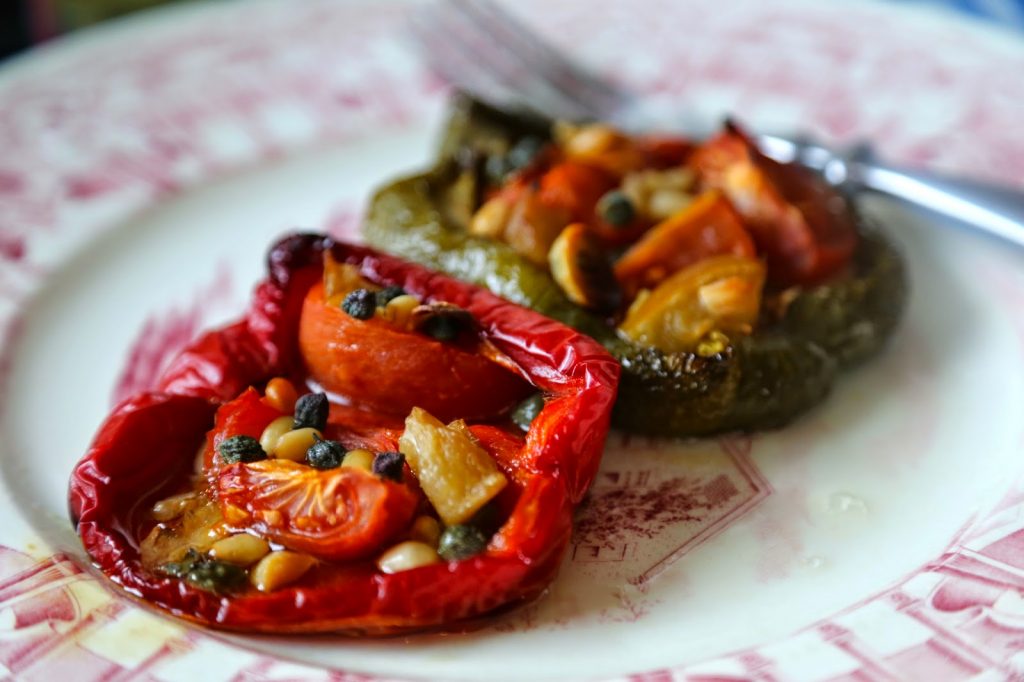 This is a classic Elizabeth David recipe. It really couldn’t be easier to make. In fact the ease:deliciousness ratio is ridiculous. No effort for maximum flavour.

So the usual recipe contains a few anchovies, tiny salted brown fish, naturally seized with lavish savoury potential. How to replace the easy umami flavour boost of fish or meat with vegan ingredients is a challenge for the vegan cook, and forms a chapter of my book V is for Vegan (Quadrille).

Preheat the oven to 180ºC.
Cut the peppers in half and remove the seeds, the white pith. You can keep the stems on. Place in an oiled baking tray.
Cut a cross in the top of the tomatoes and blanch them for a couple of minutes in boiling water. You will easily be able to peel off the skins.
Pop the tomato segments into the pepper halves.
Grate or mince the garlic onto the tomatoes.
Add preserved lemon slices. (Hopefully you’ve made these yourself. Go on. I do at least a couple of jars every year, it’s not even hard, and they are better than shop bought).
Sprinkle the capers into the pepper halves.
Tuck in the pine nuts, dotted around.
Rub the sea salt between your fingers into the crevices of the peppers.
Pollock the olive oil all over.
Roast for 30 minutes or until the peppers are soft with the edges curling in, slightly browned, hugging themselves.
Serve warm or cold. For starters. For lunch. For big messy hands canapés. Whatevs.