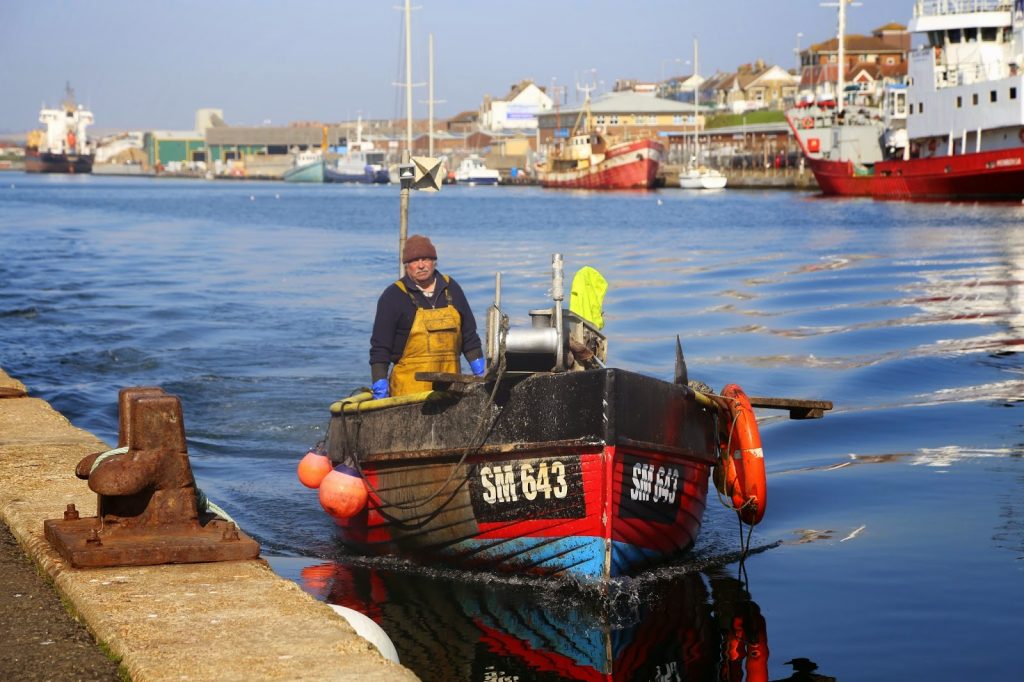 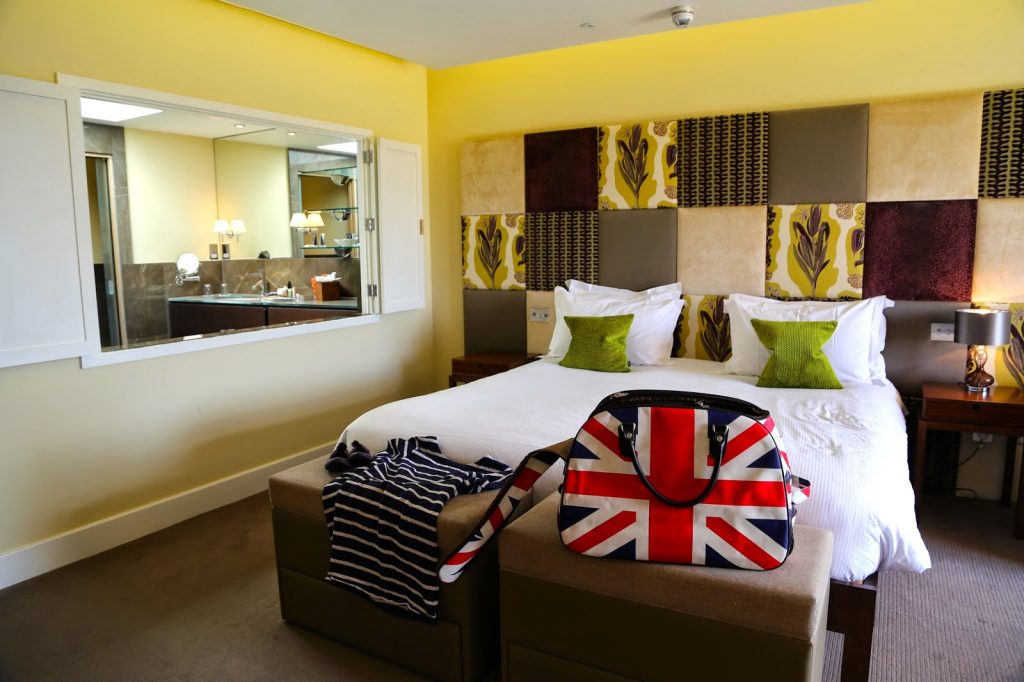 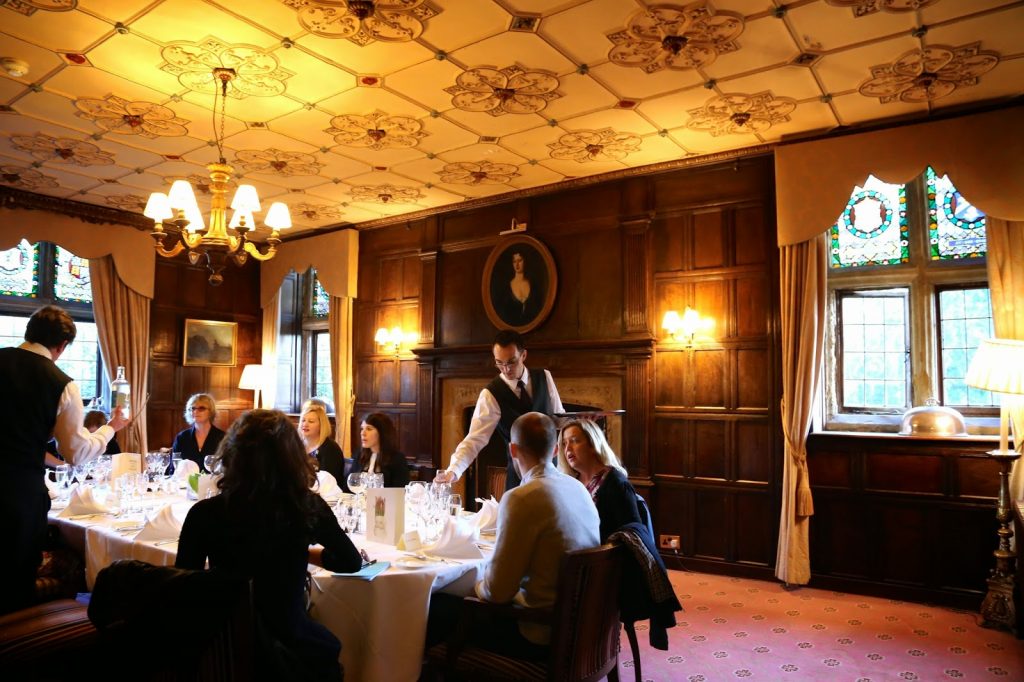 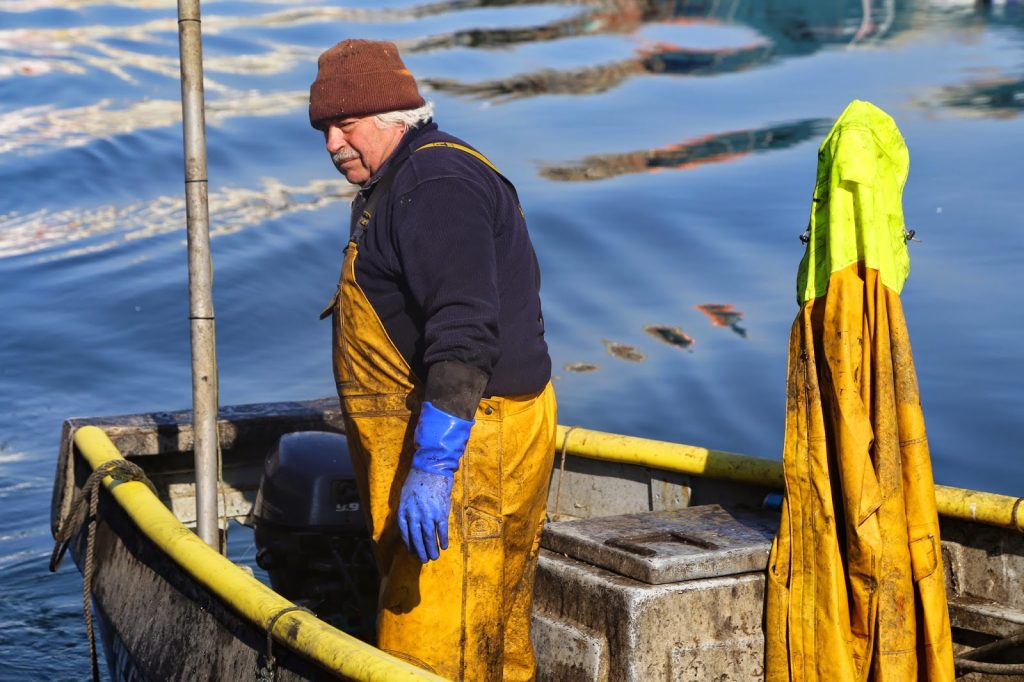 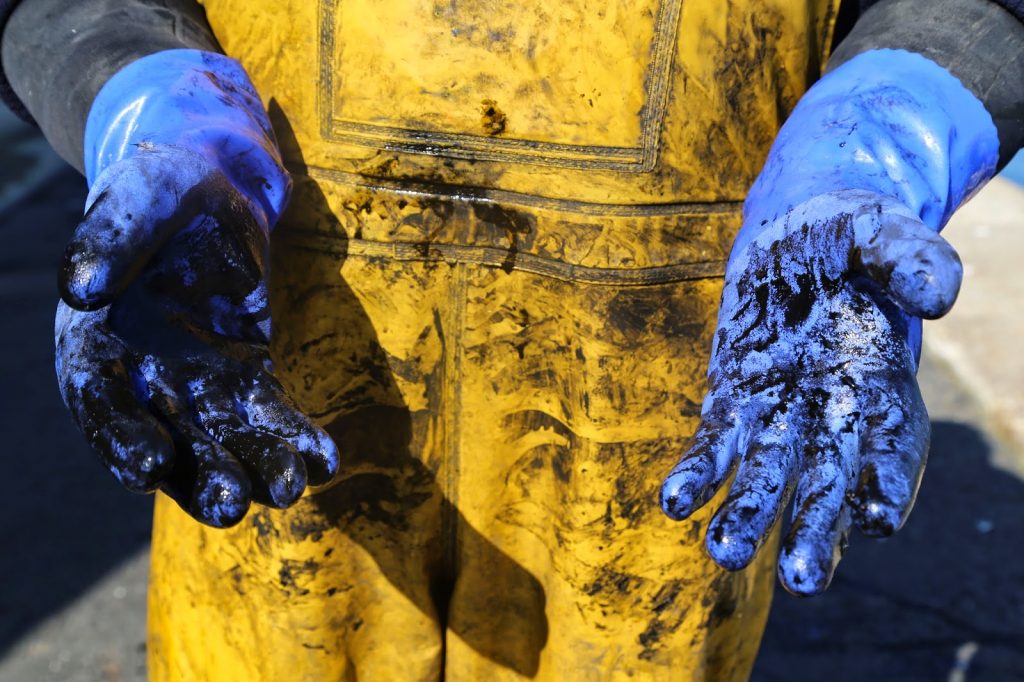 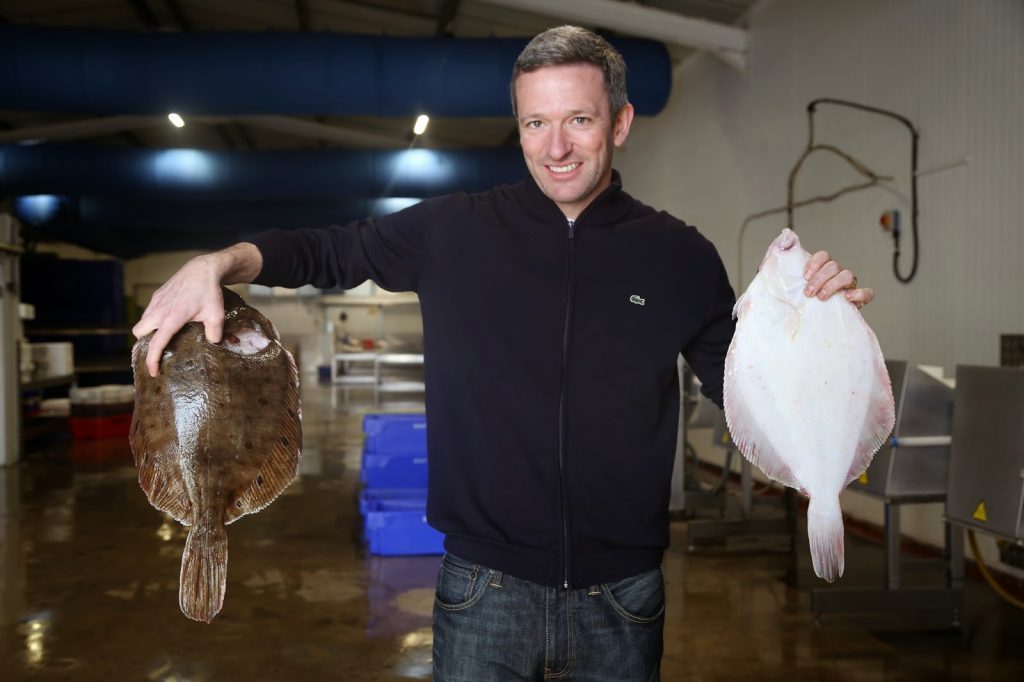 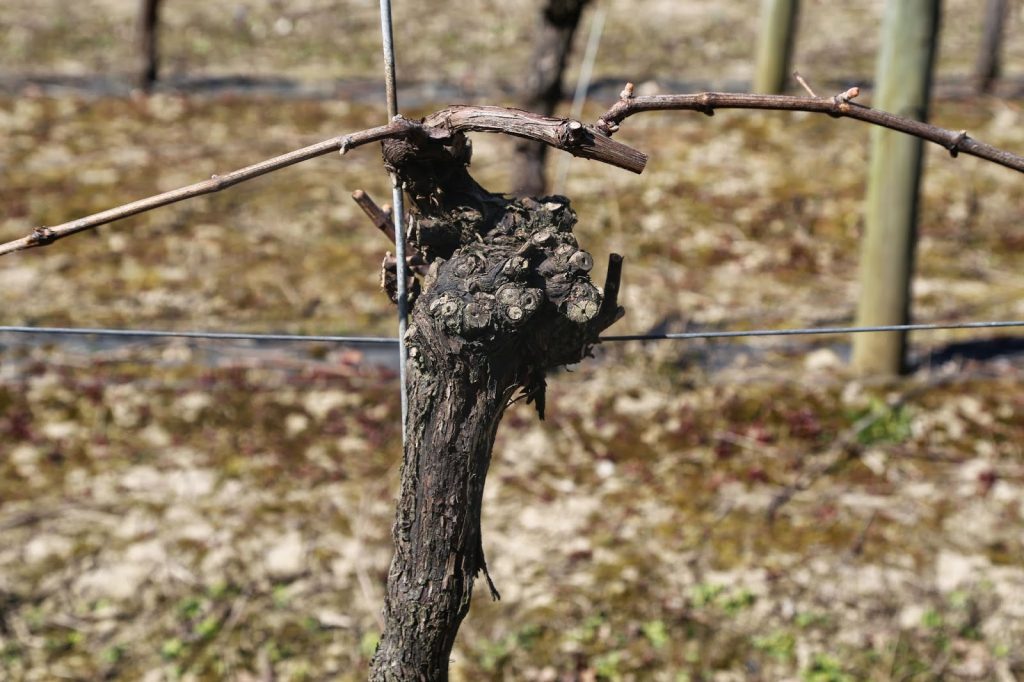 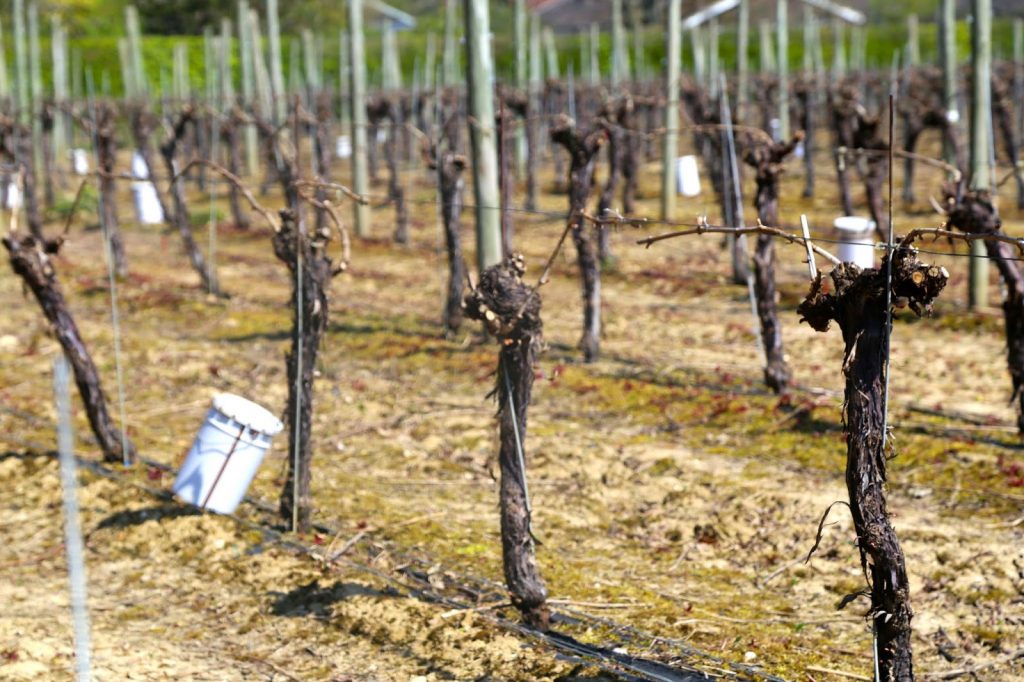 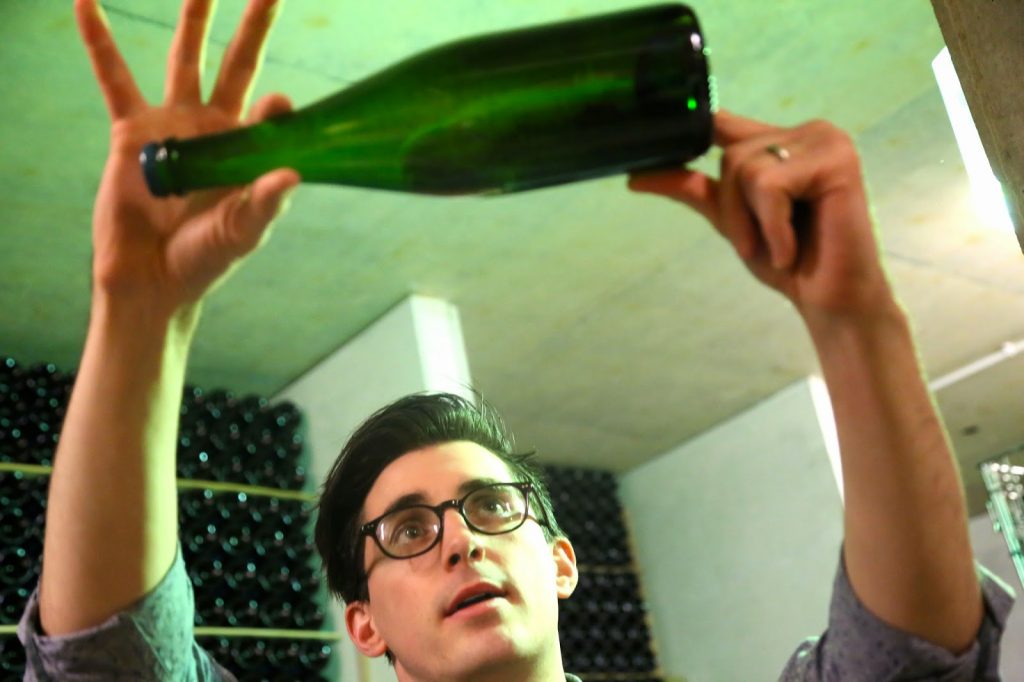 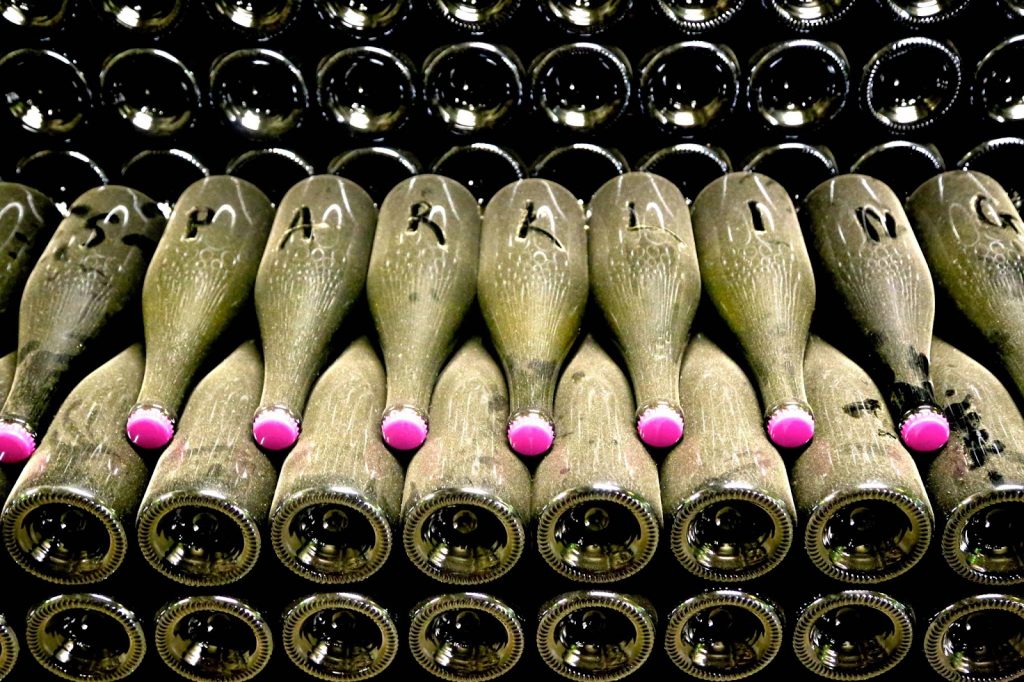 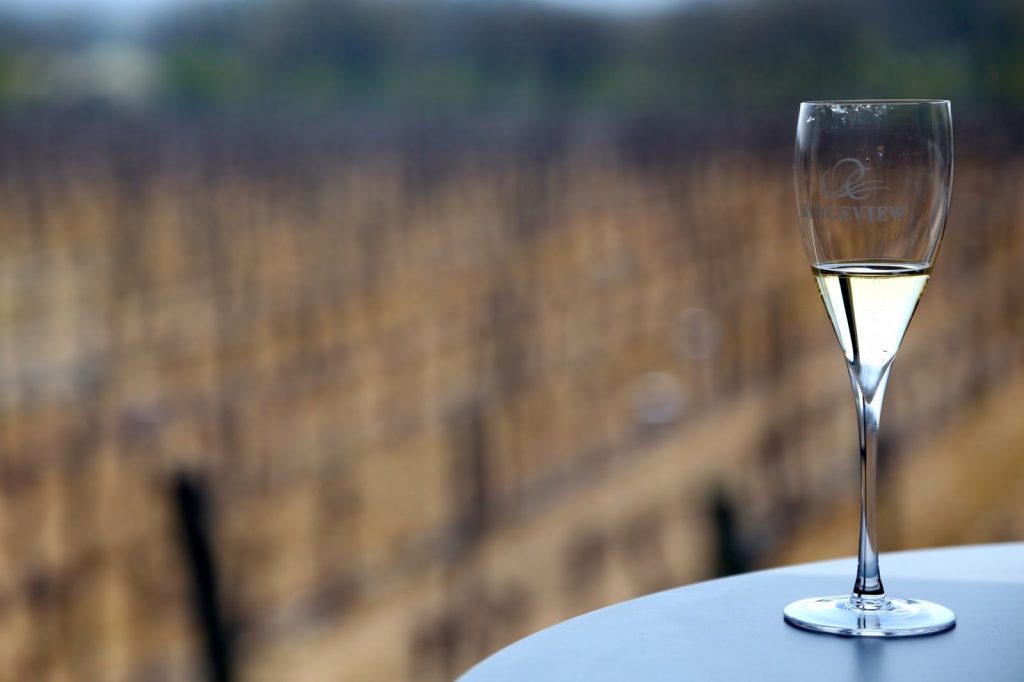 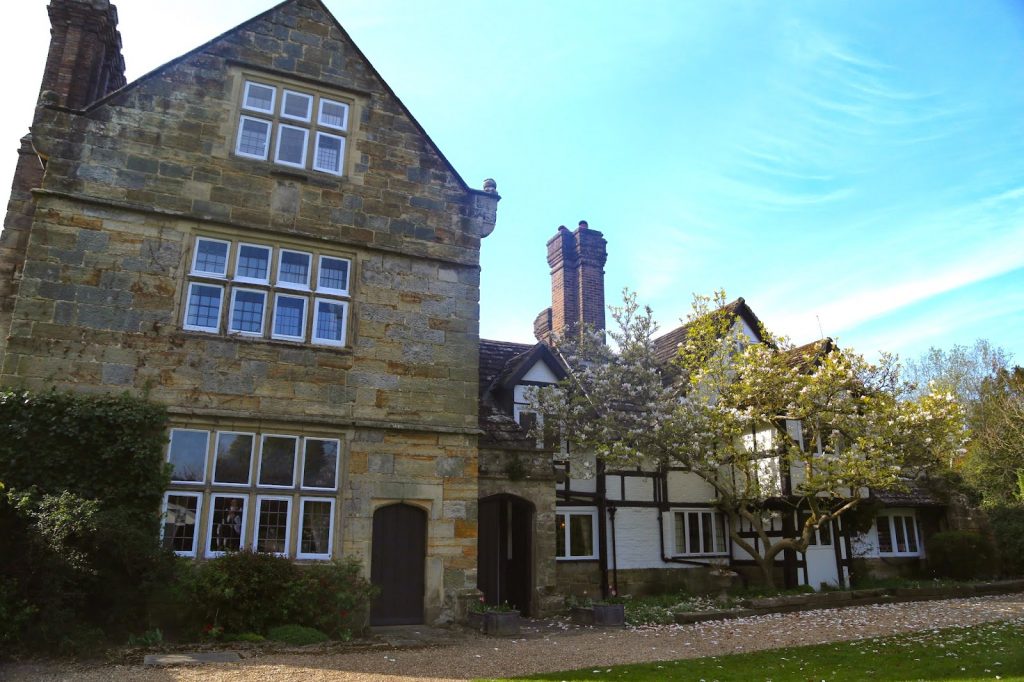 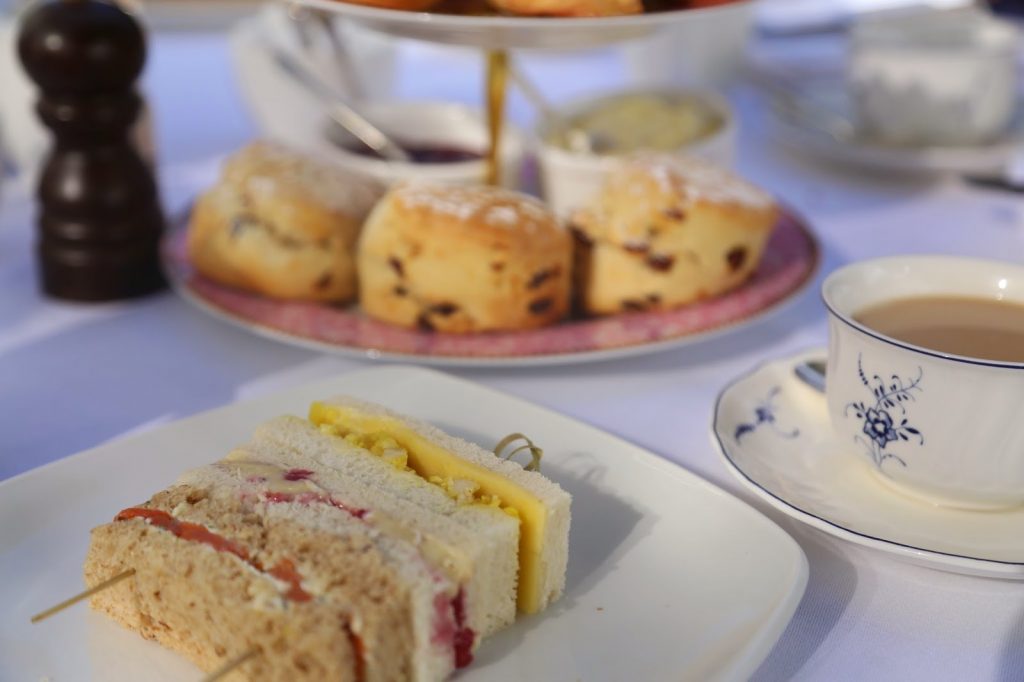 This high speed glimpse of Sussex started badly with all trains to Brighton being cancelled. After a bit of standing around wondering what to do, the PR decided to call a cab, £137 to Brighton. Between six passengers this price wasn’t so bad. The journey was enlivened by scurrilous showbiz gossip: Which recently married Hollywood star is gay? Which British Hollywood light comedy star tells 11 year old girls to fuck off if they say hello in the street? Which British top ranking political couple, prone to condemning the underclass, were in fact coke heads for years? It was like a mobile Daily-Mail-sidebar-of-shame rendered live.
One of the goodies promised at Ockenden Manor spa was a hot stone massage. The train delay meant we got there too late for me to have the whole massage.

“Don’t think I’m going to be fobbed off with a 20 minute massage” I snarled at the PR in the taxi. She looked anxious.

We got to the spa counter: the uniformed girl said “I’m afraid you can only have a short massage…” before she’d even finished her sentence I had snapped ‘THAT’S NOT ACCEPTABLE!’.

The other ‘nice’ bloggers were asked “Do you mind a shorter duration?”

I’m just gonna say it right now. I hate group trips. I like meeting other bloggers but I am always looking for exclusive content for my site. I also hate it when I set up a portrait and the others stand behind me and copy my shot. I’ve now taken to saying ‘get your own shot’ which makes me popular as you can imagine.
My massage was changed to the next day when all the others were going to visit a meat farm.

The main Ockenden Manor is really old, parts of it dating from the 1500s, particularly the dark wood panelled dining room where we ate dinner that night, cooked by chef Steve Crane. We were installed in the modern suites in the spa building, with a freestanding bathtub from which you could watch telly. The meal itself was my kind of food: although Crane has a Michelin star, it was none of that cheffy bollocks so beloved of modern cooks, where every plate looks like a lunar landscape comprising of a puddle, a powder of some kind, a few scattered micro herbs and some droplets that they call a sauce. I get into a total fury when the ego of some chefs dominate the ingredients. The chef should show off the ingredients not obliterate them under the guise of l’art de cuisine. At Ockenden Manor we ate truffled watercress soup; roast monkfish with vegetables and a trio of chocolate puds. Modern, lots of flavour, ingredients are central, food not up its own arse.
I like hotels. I like the anonymity of it while at the same time knowing there are other people in the building so you aren’t alone. I like the clean starched tightly threaded linen on the beds, the multiple upright pillows, the very white thick towels, the minature toiletries. I like looking in the drawers to see what goodies you can get, if there is a free shoe shining kit (I can’t remember the last time I cleaned my shoes), or a sewing kit, or writing paper. I like reading the free glossy magazines that I would never usually buy. I like living without clutter for a few days, just the items in my suitcase. I like having staff (what a terrible thing to say!). I like pretending that I’m rich and pampered and some kind of jet setter.

The next morning we headed out to Brighton and Newhaven fisheries in Hove where Sussex retains a small artisanal fishing industry. While waiting at the dockside, a small wooden day boat chugged into view and unloaded its catch of cuttlefish, ink staining the gloves of fisherman Adrian Gray (pictured). He’d been out since half past five that morning and would earn around £100 a day. The south coast is particularly good for flat fish such as Dover sole, plaice, brills, turbot. Newhaven landings supply many of London’s top restaurants as well as Ockenden Manor. Chef Crane is inspired by the fact that he can get locally caught fresh fish for his menus. At the moment Sussex fish doesn’t have the brand recognition of say, Cornish sea food. The fishermen also have to contend with EU directives that mean outside of a six mile limit, fishing trawlers from other European nations are lurking, scooping up all our fish. This was the devilish deal we made when we joined the EU common market: we get to join and every member state gets access to our fish. I think this was a huge mistake, economically and environmentally.
This fish market is open to the public on a Saturday, and they have queues waiting to buy. We had a fish fry up cooked on a two ring burner by Chef Crane on the beach, right next to the sea front houses of singer Adele and comedian David Walliams.

Our next stop was the chalky vineyards of Ridgeview estate, started in the 1980s. The terroir is identical to that of the champagne region, only 85 miles away, linking up under the English channel, making Sussex ideal for growing vines that produce brilliant award-winning sparkling wines. The long days of low sunlight on the south coast are ideal; especially with global warming, there is a gradual movement to growing wine in previously unthinkable more Northern regions. English vineyards are harvested in October rather than September, meaning the grapes have longer to ripen but do not become too concentrated in sugar.  Ridgeview grow three types of grape: Chardonnay and Pinot noir/meunier. After tasting their range, I realised that I preferred blends such as the Bloomsbury, that uses a higher percentage of pinot noir, leading to a more classic ‘champagne’ style, more rounded, less acidic. The British sparkling wine style, like ‘Cavendish’ has a higher percentage of chardonnay, with a tight, crisp, citrussy, green apple, gooseberry flavour. I also enjoyed their red sparkling wine ‘Pimlico’, a type of wine neglected by the British up till now. They only produce a couple of hundred bottles of that a year, so it’s not on sale.
Overnight the crew at Ridgeview had word of a late frost so they spend all night checking temperatures and laying a thousand ‘bougies’ or candles (in large white buckets seen above) under the vines to prevent freezing. The vines are dormant from November to March, the shoots are trimmed, leaving a T shape of two shoots in February. We were visiting during ‘bud shoot’, the vines were bare of leaves but you could see pale green life beginning to burst through the greyish roots. The bulk of English sparkling wine is sold in the UK, with Scandinavia, Holland, the USA also keen. The French aren’t interested of course, they pretty much drink only French wine.
So after much enthusiastic ‘tasting’ I went back to Ockenden Manor for my massage. I’d chosen a hot stone massage simply because I had never tried that before. The masseuse said she could only do a hot shell massage; these were shell-shaped ceramics that were heated up; the idea is that the heat helps your muscles to relax. What was it like? I’m afraid I couldn’t tell you because I fell into a drunken stupor, occasionally waking myself up with my own snoring. But I think, on reflection, I prefer the human touch to hot shells.
Post-massage I floated across the emerald lawn, a green such as you only find in England, for a quick fire English afternoon tea in the garden of Ockenden Manor, trays of scones, cakes, finger sandwiches in the bright sunshine, then back on the train to Victoria station in the big smoke. 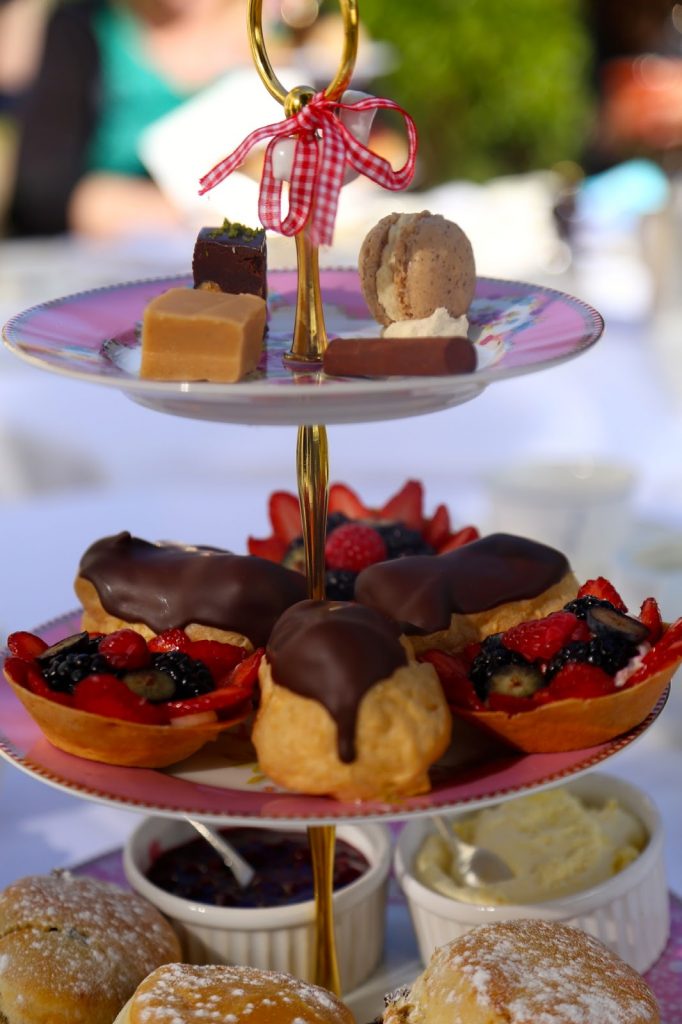 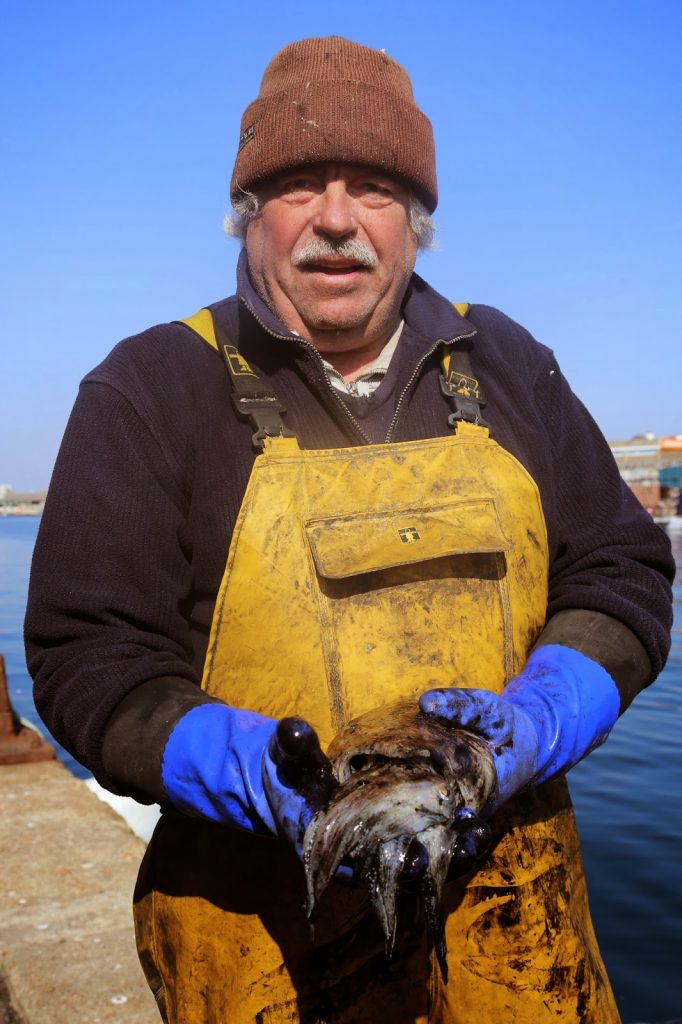 Previous Post: « V is for Vegan is published today/Vitamix giveaway
Next Post: Gluten-free gnocchi recipe and the delicate matter of charging friends and family to come to dinner »