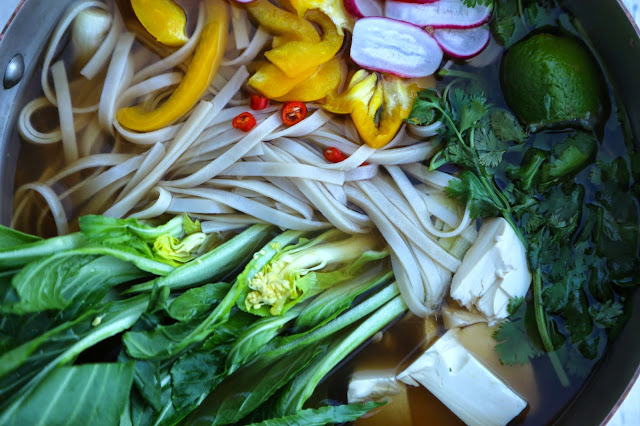 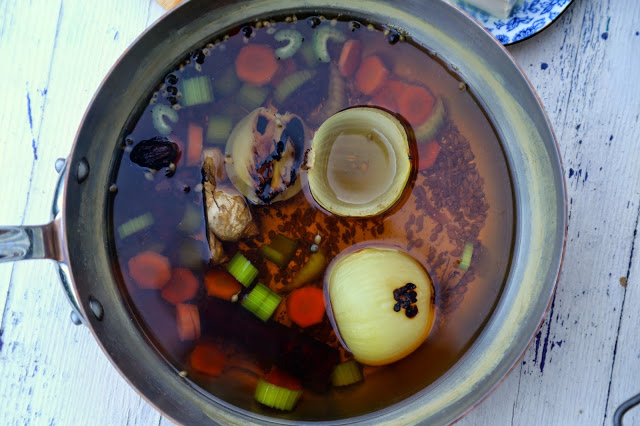 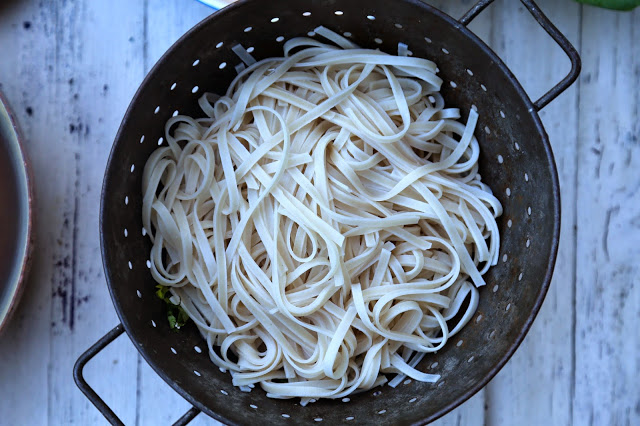 Pho is basically about the beef consommé so it’s hard to understand what all the fuss is about this soup if you don’t eat meat. Every single time I’ve had it at a Vietnamese restaurant, it tastes like dishwater, a watery bland broth with some noodles and a few veggies floating in it. So I set out to create a truly tasty vegan version.
Pho is one of those dishes that looks time consuming to make. Maybe it is if you are boiling up beef stock but the vegan version is a cinch to make, a half hour jobbie max.
To replace the umami richness of a meat stock, I used Chinese mushrooms, shitake to you, and star anise.
Another trick to enriching the flavour is to caramelise some of the stock vegetables, I grilled the onions and ginger on my Aga hob, but with an ordinary gas stove you could dry roast them on top or roast them quickly under the grill to get a similar effect.

First select a large pan in which to make your soup. Put in the shitake mushrooms and the boiling water. Then while you are charring the onion and ginger on the flame or under the grill, add the carrots and the rest of the spices (star anise, coriander, cinnamon, fennel seeds, cardamom, orange peel, black peppercorns) to the hot water then add the charred onion and ginger.
In the meantime soak the noodles in boiling water with a teaspoon of sea salt for about ten minutes.
Choose the vegetables you want in your pho, prepare them.
After 20-25 minutes strain the stock, removing all the vegetables and spices, and add your prepared vegetables (bok choi, spring onions, pepper, radishes, tofu).  Add some soy sauce and some Hoisin sauce. Add the noodles. Continue to simmer then add the fresh coriander and other herbs, a little fresh bird’s eye chilli and squeeze over the lime juice.
You could add more Hoisin sauce and sweet chilli sauce/Linghams sauce on top. 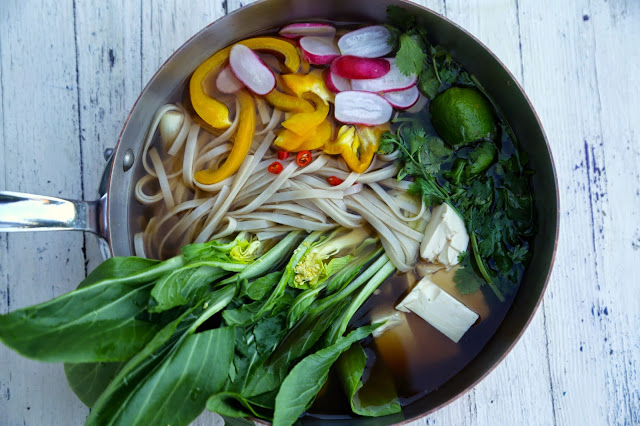