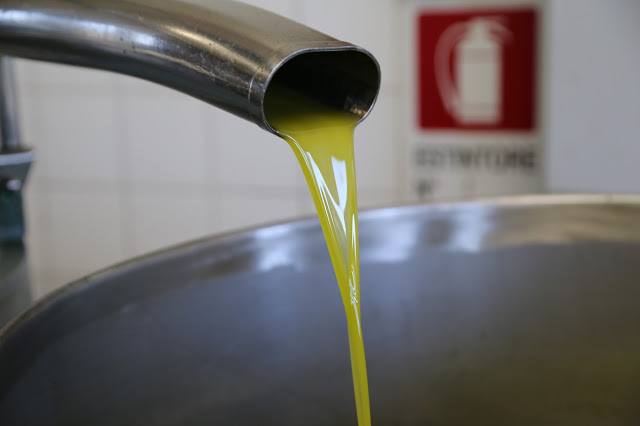 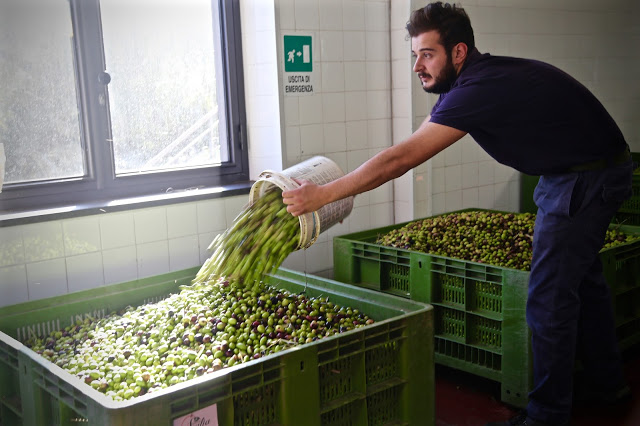 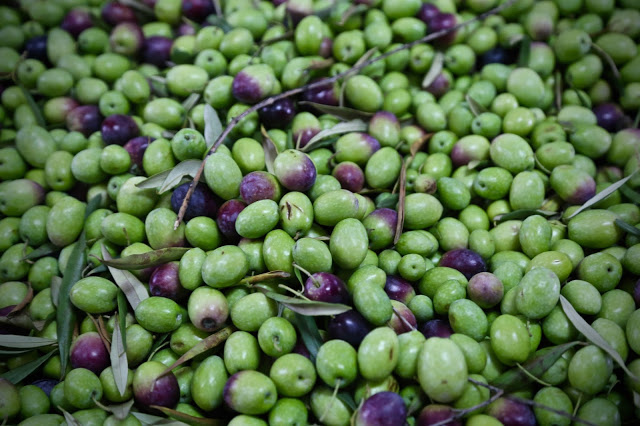 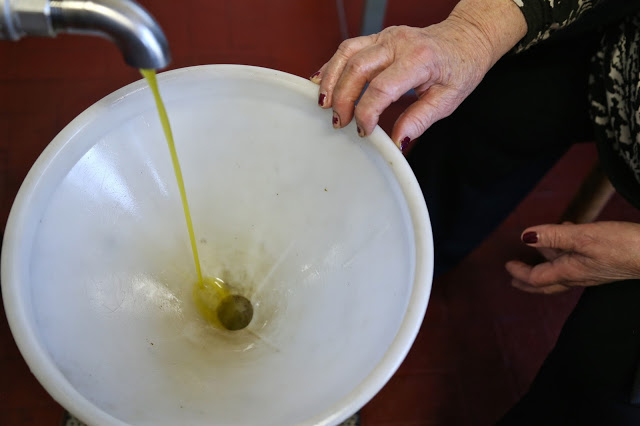 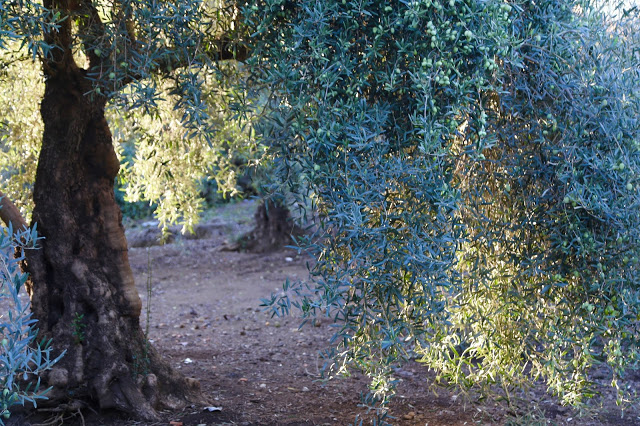 There is a crisis in the olive belt, the Mediterranean fertile crescent that spreads from the Lebanon, via Israel, through Greece, Southern Spain and Portugal, the South of France and Southern Italy, which could destroy olive oil production. The bacteria ‘Xylella fastidious’, which admittedly sounds like a spell from Harry Potter, is spreading rapidly through Italy, starting from Puglia, the largest olive oil producing area, where they are having to chop down trees that are hundreds of years old. The first symptoms started in Europe in 2013, but this year, in 2015, the disease has literally gone viral.
The bug doesn’t just affect olive trees: it ravages citrus groves, vineyards, almond, palm and fruit trees, leaving them dessicated and withered. It has led to the destruction of a million olive trees in Italy so far. There is no cure, only containment, cutting down the infected trees and all those alongside them. The landscape of Southern Europe could be changed for generations, not to mention the economic, cultural destruction. Just as Asia is a rice culture, the Mediterranean is an olive oil culture. This historic product, mentioned in the bible, is essential to the food. 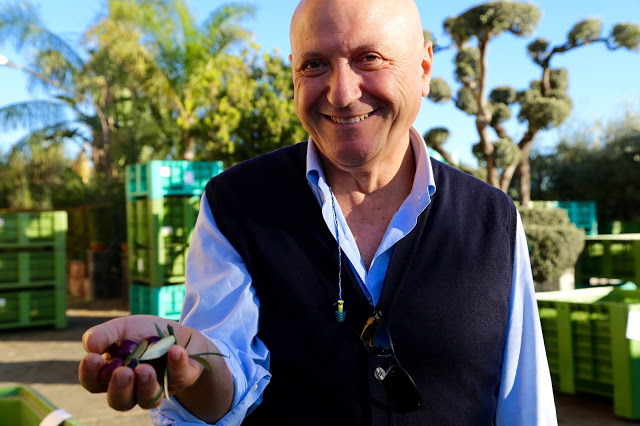 This past week, I visited Sicily, which as an island off the toe of Italy remains unaffected so far. I went to find out about Pomora, a start-up food business initiated by two British men, Alun Johns and Paul McGuigan, which aims to produce and distribute high quality olive oil. These guys are not your horny-handed sons of the soil but soft-pawed office types hailing from the world of IT and digital marketing. Alun worked for Amazon.co.uk and Paul for online sports merchandisers, their business experience is the detached and laundered world of online. But they wanted to get their hands dirty so together with two farmers – Carmelo Scalia, who lives in Catania, huddling under the rich mineral soil of Mount Etna, and Antonio from Campania, inland – Pomora form an interesting mash-up of the ancient and the sparkling new. Johns and McGuigan were inspired during a trip to Sicily by the quality of the olive oil.

“You can’t get olive oil like this in the supermarket in the UK,” Alun exclaimed.

They work in tandem with their olive farmers, ensuring a fair trade, sustainable market for the product, using an ‘adopt a tree’ system. 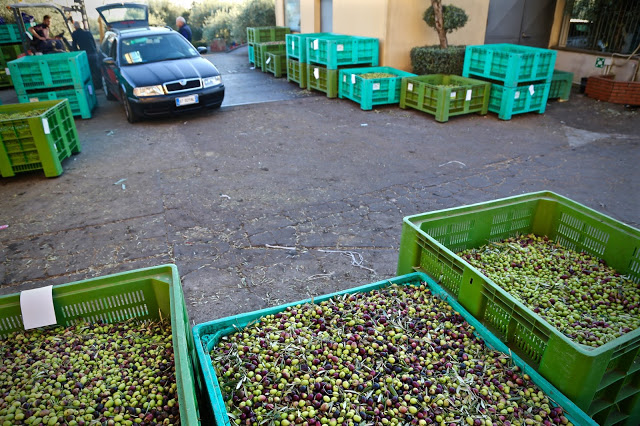 On a clear blue mid-November day, warm enough to wear a summer dress, I visited the Sicilian oil mill owned by Carmelo Scalia. The floor was bustling with farmers and crates of olives. Smallholders drove up with shopping bags of olives in the back of their car while bigger farmers emptied trucks of green and purple olives into crates. One man turned up with just two buckets of olives – the fruit of half a day’s work, enough for perhaps just a couple of litres of olive oil. No matter, the important thing is that it’s your oil, from your trees. Almost every family has their own olive patch. The farmers give 50% of their oil to Carmelo in exchange for using the mill for free.
Two of the rules for labelling olive oil as extra virgin: 1) you must harvest and press the olives within 24 hours; 2) the weather must not be above 27ºC. Today is perfect at 23ºC, dry and sunny after two weeks of rain. Hence the industrious atmosphere with farmers queuing up, huddling in groups, sucking on cigarettes as they wait to get their olives pressed during this fair weather window of opportunity.
The smell as you enter the mill knocks you back off your feet: it’s the classic profile of good olive oil, fruity grassy scents in your nose and the front of your palate followed by the peppery bitterness, the characteric polyphenols as it hits the back of your throat. 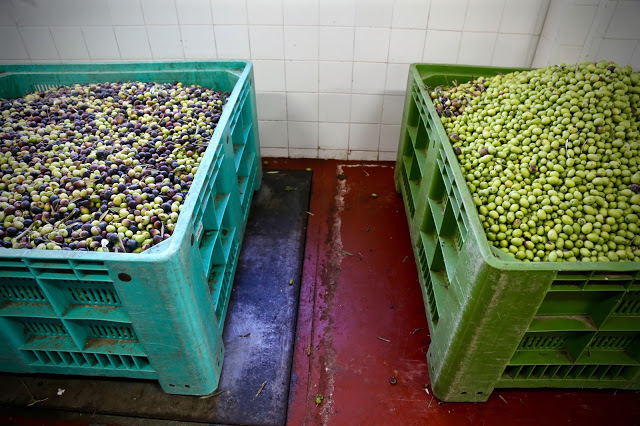 1. The olives are weighed. An average crate is around 200 kilos. This year, most of the olives are green with the odd purple one. Last year, due to the wet weather, almost the whole crop was purple, for they had ripened, having been left on the trees till later in the year. Olive oil from purple or black olives has a different flavour profile; it’s smoother, less bitter, fruitier.

2. The olives are put into a huge hopper where most of the leaves are sifted out. 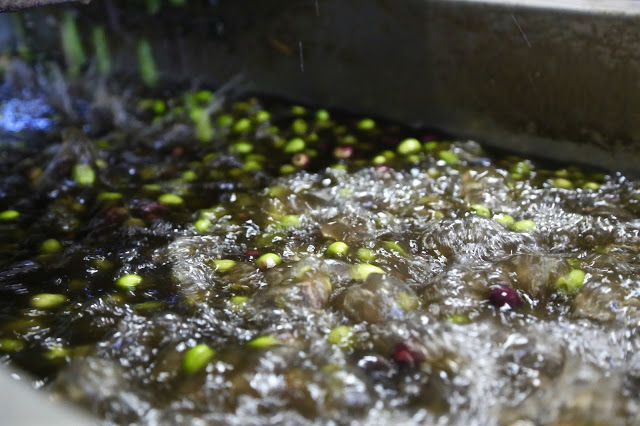 3. The olives are lifted onto a machine which washes them and further separates out any leaves. 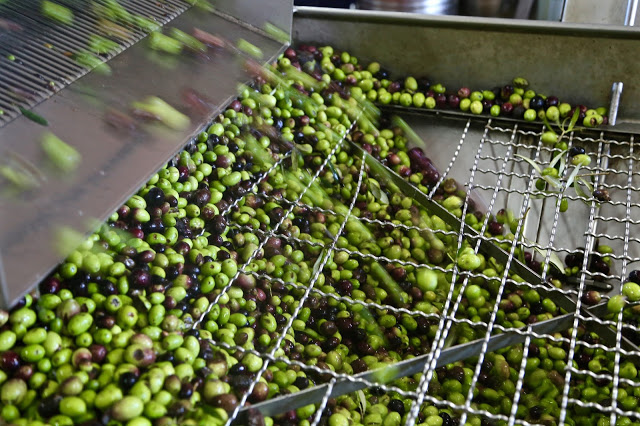 4. Then the olives are crushed, spitting out the gravel-like stones, separated out to use as fuel to power the machine. 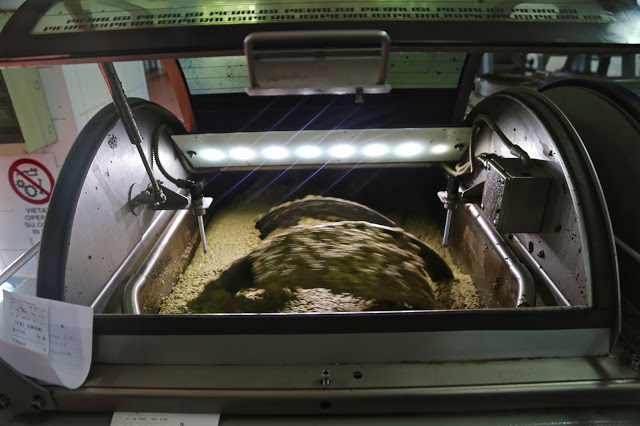 5. The olives are ‘malaxed’,  massaged, allowing tiny oil droplets to coalesce into slightly bigger droplets, which makes it easier to extract the oil and increases yields. It looks like a foliate green tapenade swivelling on huge metal screws. In this part of the process, which takes 20 minutes, the olives are covered with a thin gas layer of nitrogen or carbon dioxide to prevent oxidisation. Oxygen is the enemy of good olive oil. This is a delicate operation, for the machine must not heat up the oil or the olives in order to retain the benefits of cold pressing.

6. Then the olives go through two centrifuges. The first, a horizontal centrifuge, dehusks the olives creating pomace as a side product, which is used as a fertiliser. The second centrifuge is faster and vertical, separating oil and water. Some olives are more watery than others, it depends on the variety and on which side of the slope they are grown. How much sun do they get? How ripe are the olives? 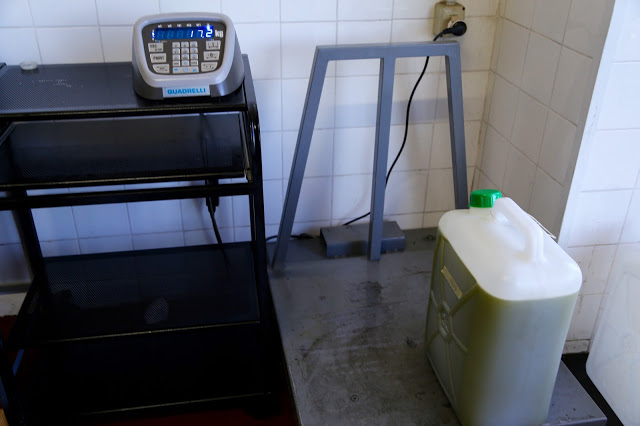 7. Lastly, the oil oozes from a tap into bottles or steel churns – thick, syrupy and verdant. The farmers then weigh how much oil they have extracted. From 200 kilos of olives, you get approximately 20 litres of olive oil. Once the oil has been collected at the end of the pressing process, it is put into large storage tanks (with any empty space in the tank filled with nitrogen rather than air to prevent oxidation) and allowed to settle (it’s not filtered). The longer you leave it to stand, the more of the tiny particles drop to the bottom and the clearer the oil becomes. You then bottle from a tap hole slightly above the bottom of the tank. 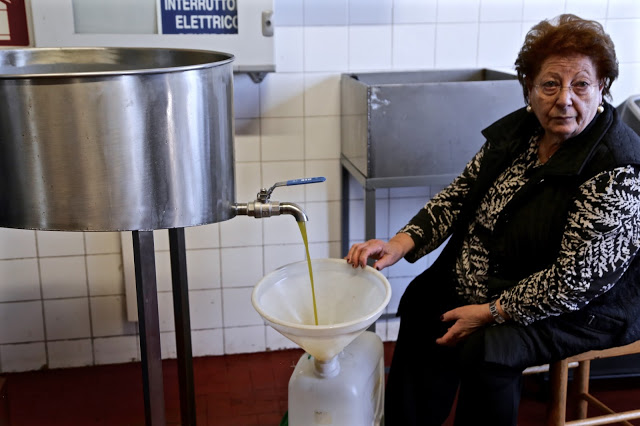 Sometimes there are fights between farmers (I saw a bit of a spat between two farmers’ wives) about when their oil starts and the other finishes. But each farmer’s olive batch is carefully labelled, the labels following the process along the machine route and there are gaps between each new farmer’s lot.
We tasted the latest Pomora batch at the mill; unctuous leaf-green ooze lubricating rough triangles of sourdough with a sprinkling of sea salt.  Like all good olive oils, there is a simultaneous bitterness and butteryness, fullness and astringency. It’s no surprise that olive oil is good for you when the flavour verges on the medicinal.
If you are interested in getting quarterly deliveries of olive oil, you can sign up for a minimum of £58. This is two quarters, for which you will receive 6 x 250ml of olive oil. You will get the newest olive oil, flavoured olive oil or extra virgin olive oil, depending on the quarters that you choose – olive oil is a seasonal product when it’s this fresh. You can even go and visit your adopted tree. Strikes me that this would make a rather nice Christmas gift for a keen cook.  Check out Pomora here. 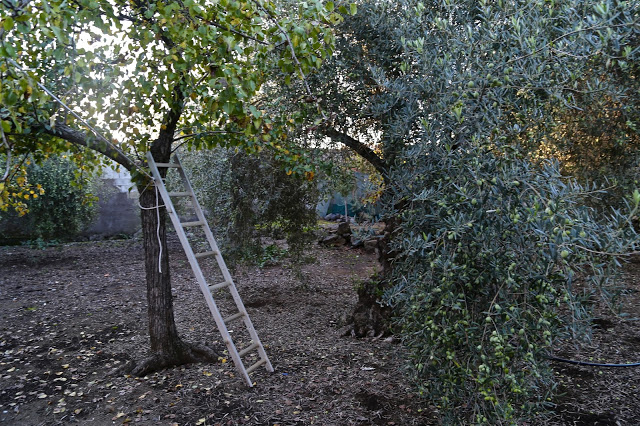