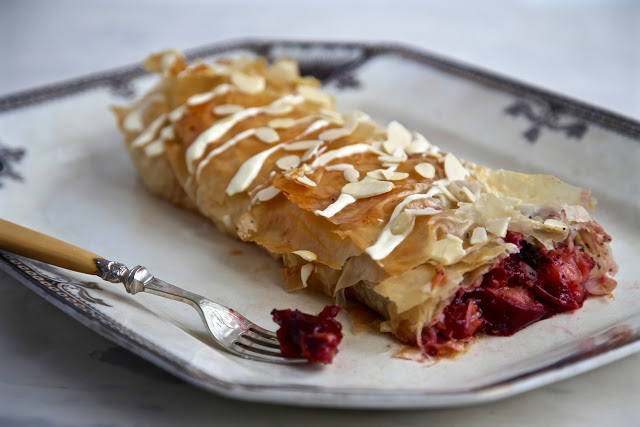 Yesterday was Valentine’s Day. I can see from my Facebook feed that people are either depressed that they don’t have a partner or making an obligatory annual fuss of the fact that they have one. It’s not a helpful date in the calendar.

I couldn’t care less about Valentine’s Day. I long ago gave up on the idea of romantic love (although my heart bursts when couples get together on First Dates). I don’t need a partner to complete me. Being married makes you weak. Being in a relationship makes you psychologically flabby. That’s why breaking up is so hard, you have to retrain your singleton muscles. It’s so easy to get into the habit of depending on someone else but I achieve more when I’m on my own.

Scientists now say being single makes you ill, that being married is healthier. But also that single men do not live as long as married men, while single women live longer than married women. More pressure.

On a culinary level, Valentine’s can be fun. I like to cook pink food, use my collection of heart-shaped moulds and make extra effort. Self-love.

A pluot is a genetic mix of Japanese plum and apricot, the child of both fruits, benefitting from the almond-y pear drop flavour of apricot and the texture, juiciness, colour and smooth skin of plums. Look out in the shops for Flavor King plums, which are in fact pluots from South Africa. They only have a brief season. In the recipe below, I have not added sugar as I feel that white chocolate adds enough sweetness, but feel free to add a few tablespoons of sugar to the mix.

5 Flavor King plums, sliced
2tbsp of poppy seeds
4tbsp of flaked almonds
4tbsp of green sultanas (marinated overnight in sherry or sweet wine if you wish)
1 tbsp of cinnamon, ground
75g of white chocolate, grated (reserve half for drizzling)
6 sheets of filo pastry
50g of butter, melted
A few drops of almond oil
Garnish with another tablespoon of flaked almonds

Preheat the oven to 180ºC. The Flavor King plums are easy to cut up as they are semi cling-stone. Mix the pluot slices with the poppy seeds, almonds and half the white chocolate.
Spread the filo sheets on a clean surface, making a long thick strip (about 30 x 20cm long) by overlapping the sheets, sealing them with melted butter and a pastry brush.
Dump the filling on the upper half of the filo base, spreading it lengthways. Brush the bottom third with butter. Then roll over the filo into a fat sausage and place onto an oven tray.
Brush the top with more melted butter.
Bake in the oven for 30 minutes.
Once the strudel is baked, microwave the white chocolate for 30 seconds, adding a little almond oil if it’s not runny enough to drizzle.
Decorate the top with white chocolate and flaked almonds.
Serve hot. 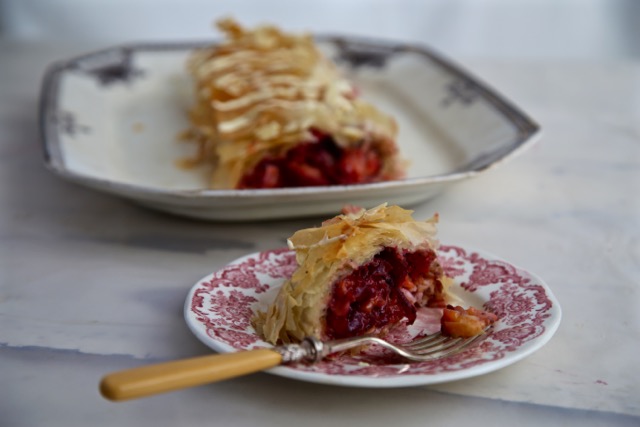