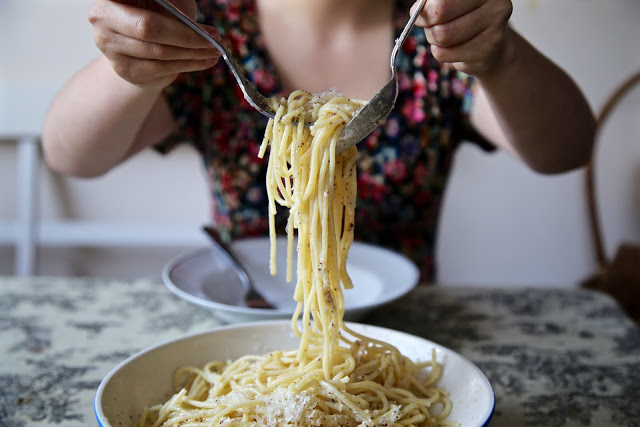 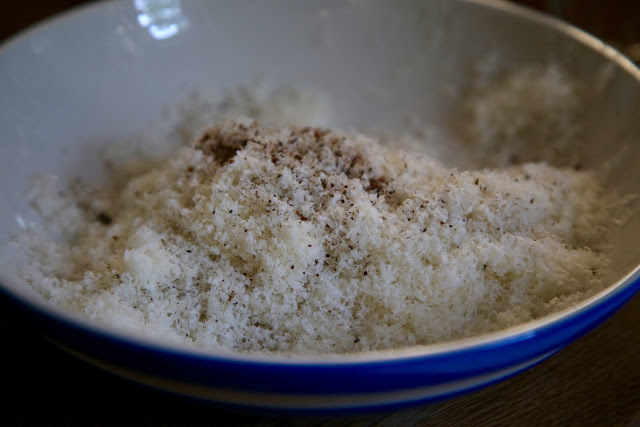 The ultimate quick pasta meal is to bung a jar of pesto on spaghetti but there is a new lazy pasta dinner in town, cacio e pepe. Originally a speciality of Rome, this dish has been popularised by
the latest rave in London restaurants, a ‘pasta bar’ near to Borough Market called ‘Padella‘. For the reasonable price of £6 you can rock up to sit at a white marble counter and order ‘pici cacio e pepe’, fresh pasta with grated pecorino cheese (cacio is Roman dialect for cheese) and black pepper. It’s absolutely fantastic. So good there will probably be a massive queue.
But you can make it at home very easily, it takes a mere ten minutes, the time it takes to cook decent spaghetti.
This recipe originally appeared in Metro.

1 tbsp sea salt
300g to 400g of good quality spaghetti (Cooking time should not be less than 9 minutes on the packet, NO quick cook. De Cecco is a good brand)
170g of finely grated pecorino cheese (parmesan can be used)
2-3 tbsps of freshly crushed black pepper (I’ve used ordinary black pepper, long pepper and Cambodian Kampot pepper, the stronger and fresher the better).
50ml of good olive oil (strictly speaking you don’t have olive oil but I like it)

Cook your spaghetti in a large saucepan with plenty of hot water, adding the sea salt. Bring to a boil and cook for a couple of minutes less than it states on the packet. (Pasta continues to cook as you drain it in the colander and on the plate.)
While this is cooking grate the pecorino and grind the pepper. Mix together in a large bowl.
Drain the spaghetti into a colander but and THIS IS ESSENTIAL, hold back a cup of the pasta water.
Tip the spaghetti into the bowl of cheese and pepper and add the pasta water. Swirl the lot around, add the olive oil and serve hot. 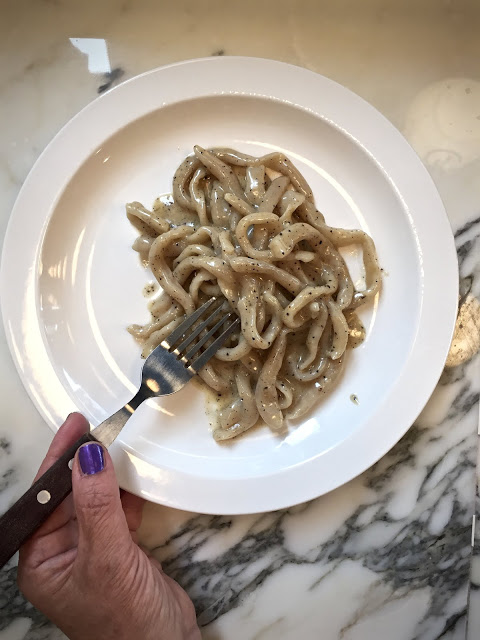 Previous Post: « No cook recipes for a muggy summer: quick pear pickle
Next Post: Taste the world at Womad »