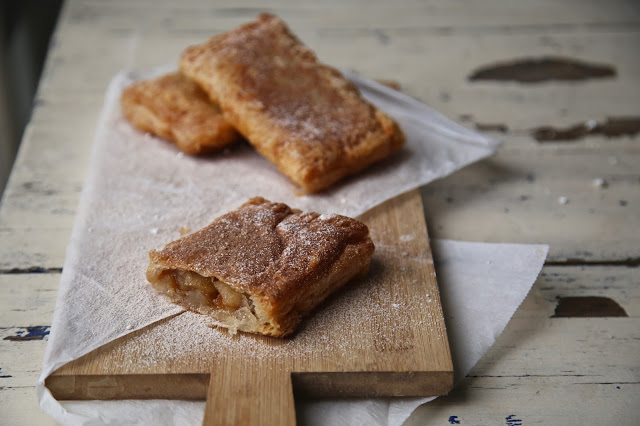 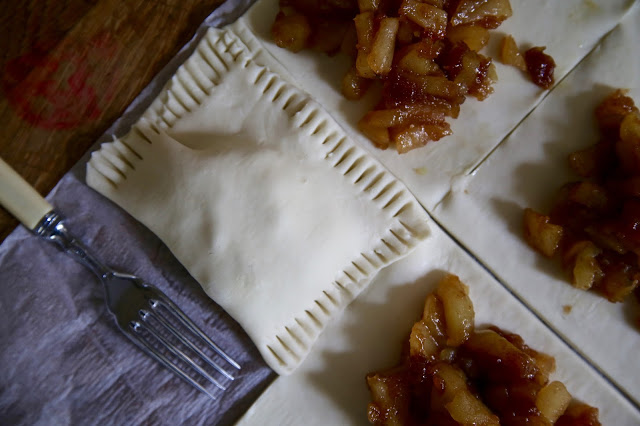 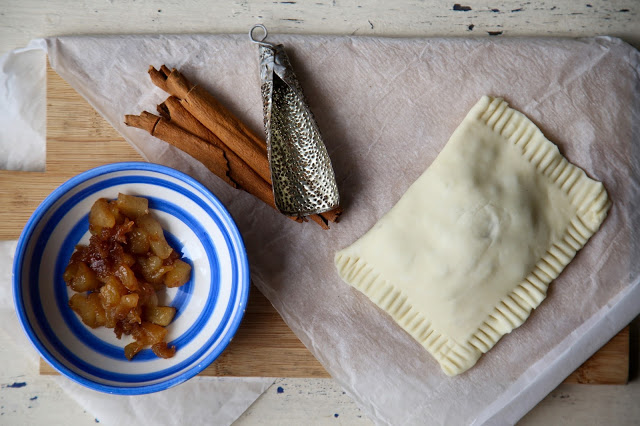 This recipe, using apples from South Africa, is a home-made tribute to a fast-food classic, the McDonald’s deep fried apple pie.
This hand pie consists of apple purée with a tender chunks of apple, hints of cinnamon spice and crispy flaky pastry on the outside, I had something similar when I ate at April Bloomfield’s restaurant, Salvation Burger, in New York earlier this year. At McDonald’s it came in a handy cardboard box and if you were wise, you’d tentatively nibble away at the corner, to test the temperature before diving in. It could be mouth burningly hot on the inside.
I’ve used two kinds of South African apple, the sweet Pink Lady and crisp and tart Granny Smith.
I’ve created a recipe for a home made McDonald’s style apple pie with a twist, a custard flavour, which you can fry or bake, depending on how indulgent you feel. This recipe originally appeared in Metro.

Preheat the oven to 200ºc after step 2 above.
After step 7, to get that golden glow, brush the tops with egg yolk mixed with a drop or two of milk. Or, if you are vegan, brush with some non dairy milk.
Bake for 15 to 18 minutes or until golden brown.
Remove and sieve icing sugar over the pies. 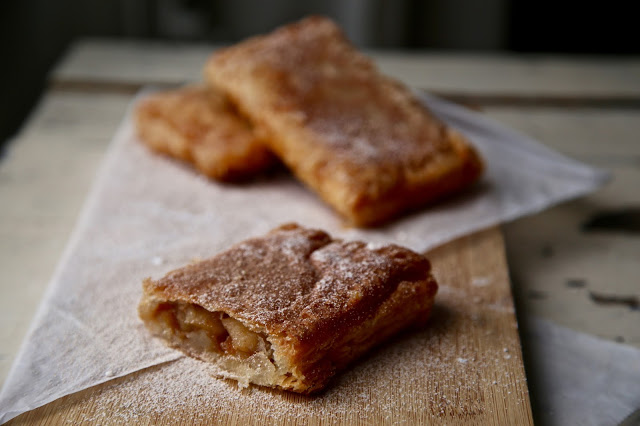 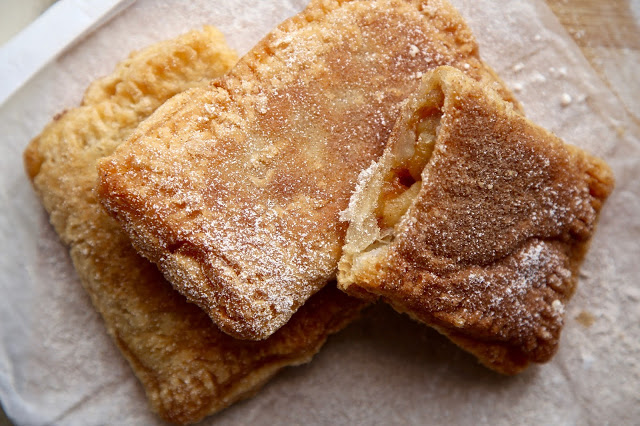 Previous Post: « A load of cobblers – fruit recipes for summer puddings
Next Post: Raw milk at The Calf at Foot Dairy »