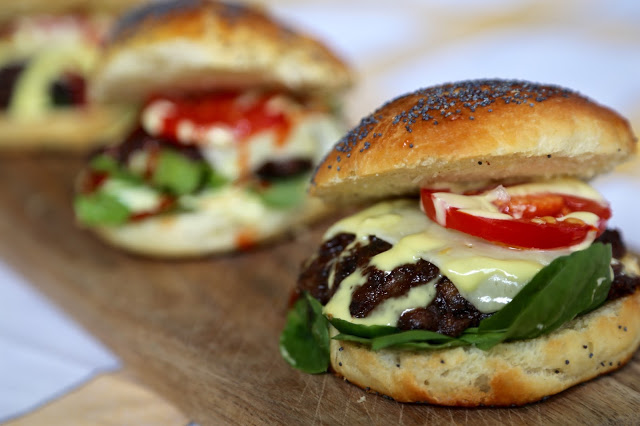 Here are two recipes: one for an easy vegetarian brioche bun (here is a vegan version), another for a vegan or vegetarian bean burger.
I know making the burger buns yourself sounds like a pfaff, but it’s worth it. Store the buns you don’t eat straight away in the freezer.
If you aren’t vegan there are probably a couple of unfamiliar ingredients here. A vegan ‘egg’ is a binder that behaves in a similar way to normal egg. You make it by soaking 1 tbsp of ground linseed with 3 tbsp of water. Nutritional yeast is the vegans’ answer to parmesan cheese. It’s full of B vitamins and can be bought now in most supermarkets or health food shops. Tasty stuff – like dried Marmite.

To assemble:
Add a squirt of vegan mayonnaise (one food that is actually better vegan) and put a slice of dairy cheese or vegan cheese that melts, a crispy lettuce leaf and a slice of tomato inside the bun. You are now in fast food heaven. Except it’s healthy. Finish with a squirt of ketchup and a side of fries. 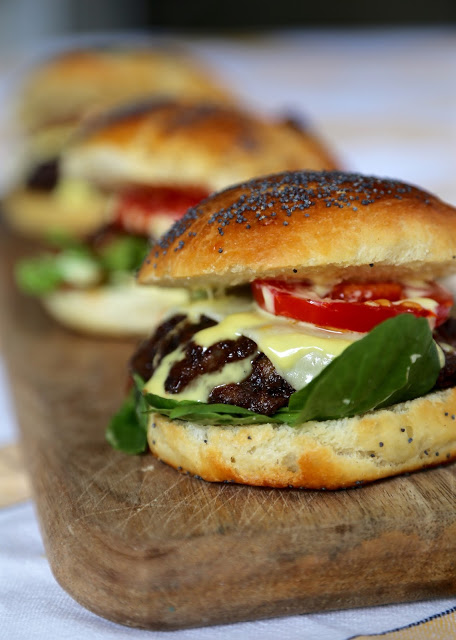 For more vegan recipes, check out my book V is for Vegan.